The Electro-Motive Division's (EMD) GP38, GP38AC and GP38-2, the fourth entry of second-generation diesel locomotives, were extremely successful four-axle models that would only further establish EMD as the premier diesel locomotive builder of that era.

By the time the GP38/AC and later "Dash 2" models were released EMD was a veteran builder that knew what railroads were looking for, and it hit a home run yet again with the GP38/GP38-2.

There are only very minor differences with the GP38 and GP38AC while the GP38-2 carries an updated prime mover and newer electronics.

The locomotive looked almost identical to the GP35 thanks to that model's standard carbody and cab design that EMD stuck with through the 1980s.

Because of the GP38's success, hundreds remain in widespread use all across the country, particularly on regionals and shortlines.

To date, there is only one GP38 known to be officially preserved, Tennessee, Alabama & Georgia #80 at the Tennessee Valley Railroad Museum. 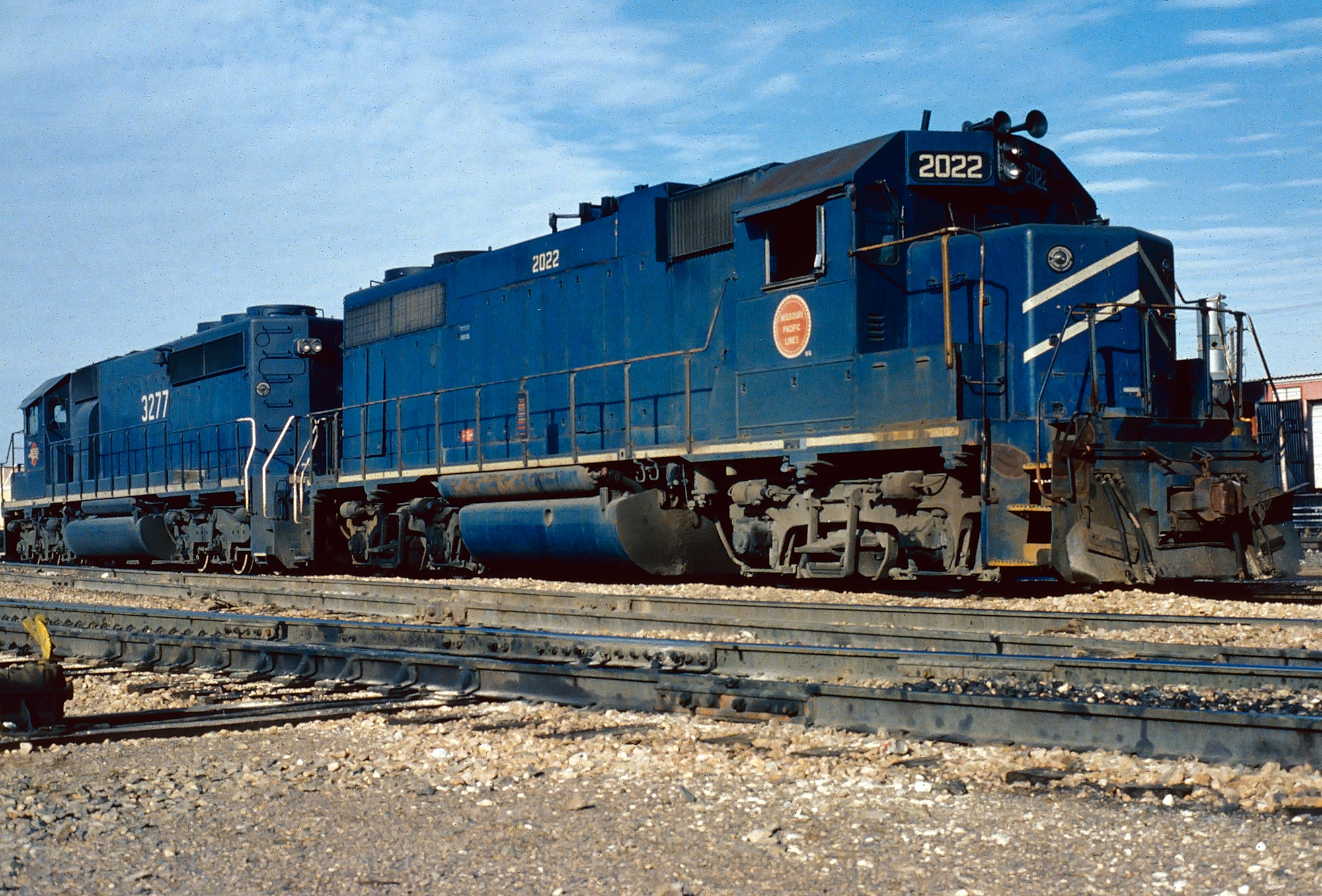 The original model was somewhat successful but not nearly so as the the later GP38-2. In any event, the GP38 carried the new 16-cylinder model 645 prime mover which replaced the 567 of the GP35 and had been EMD's standard diesel engine dating all of the way back to the original FT cab unit of 1939. 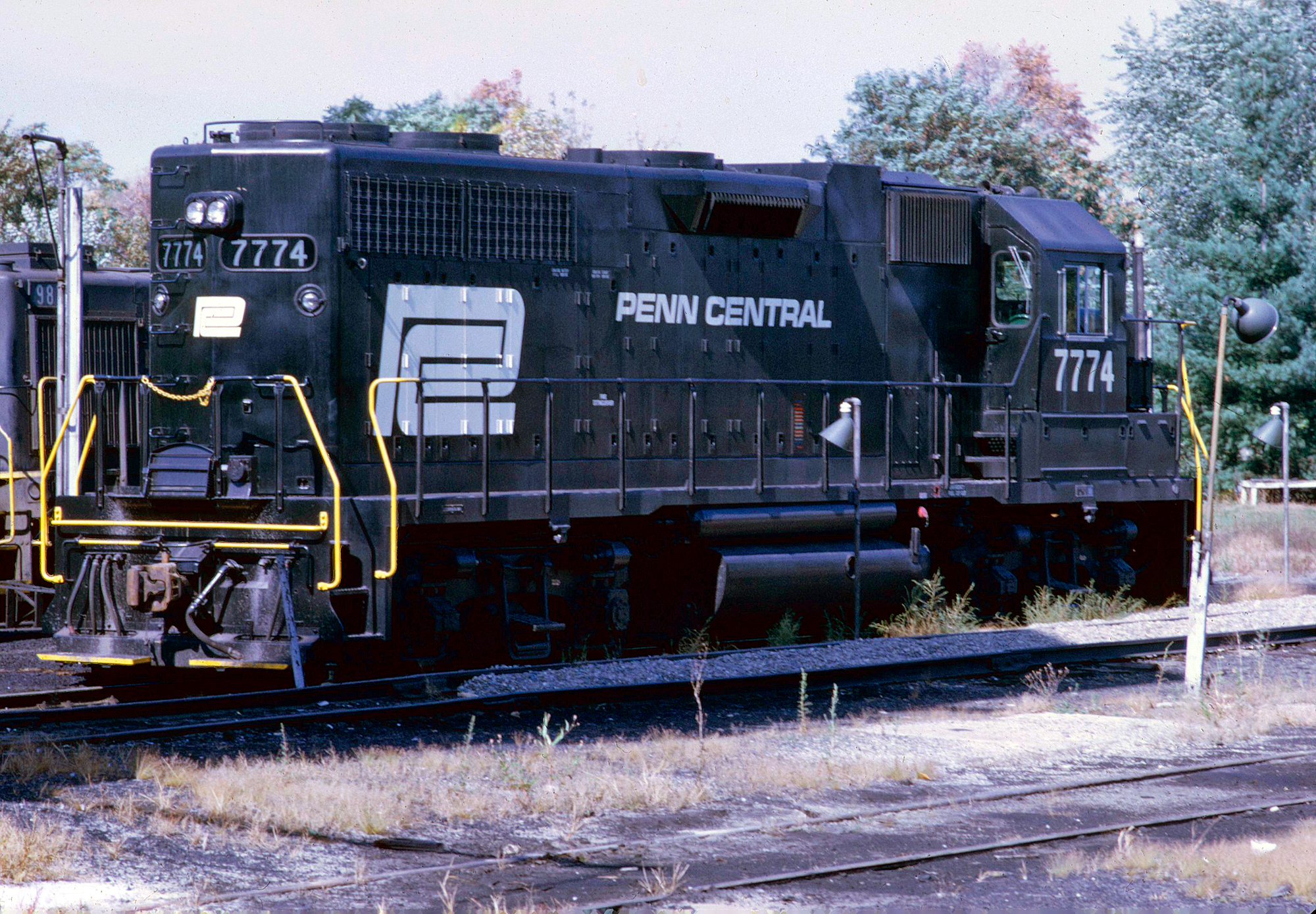 At an undisclosed location not listed on the slide, a recently delivered Penn Central GP38 lays over between assignments in early October of 1969. American-Rails.com collection.

The GP38-2 model sold better, as did most "Dash 2" models, because of its further upgrades from the original which included things like a new type of traction motor blower duct, a modular electronic cabinet system and bolted battery box access doors. 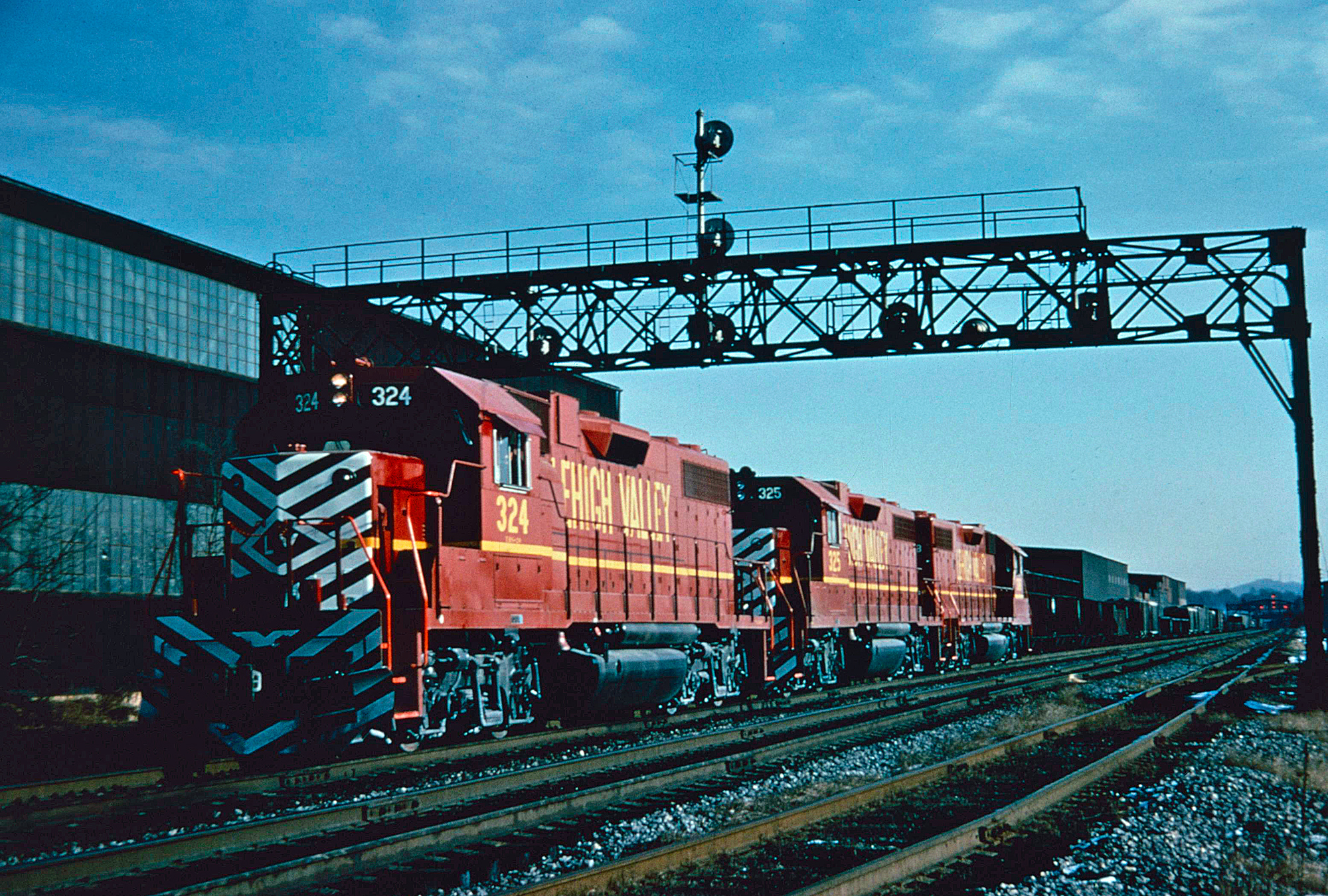 A trio of new Lehigh Valley GP38-2's lead an eastbound general manifest past Steel Tower in Bethlehem, Pennsylvania during December of 1972. American-Rails.com collection.


Also, the General Motors Diesel GP38 was built only for Canadian Pacific who purchased twenty-one (3000-3020). 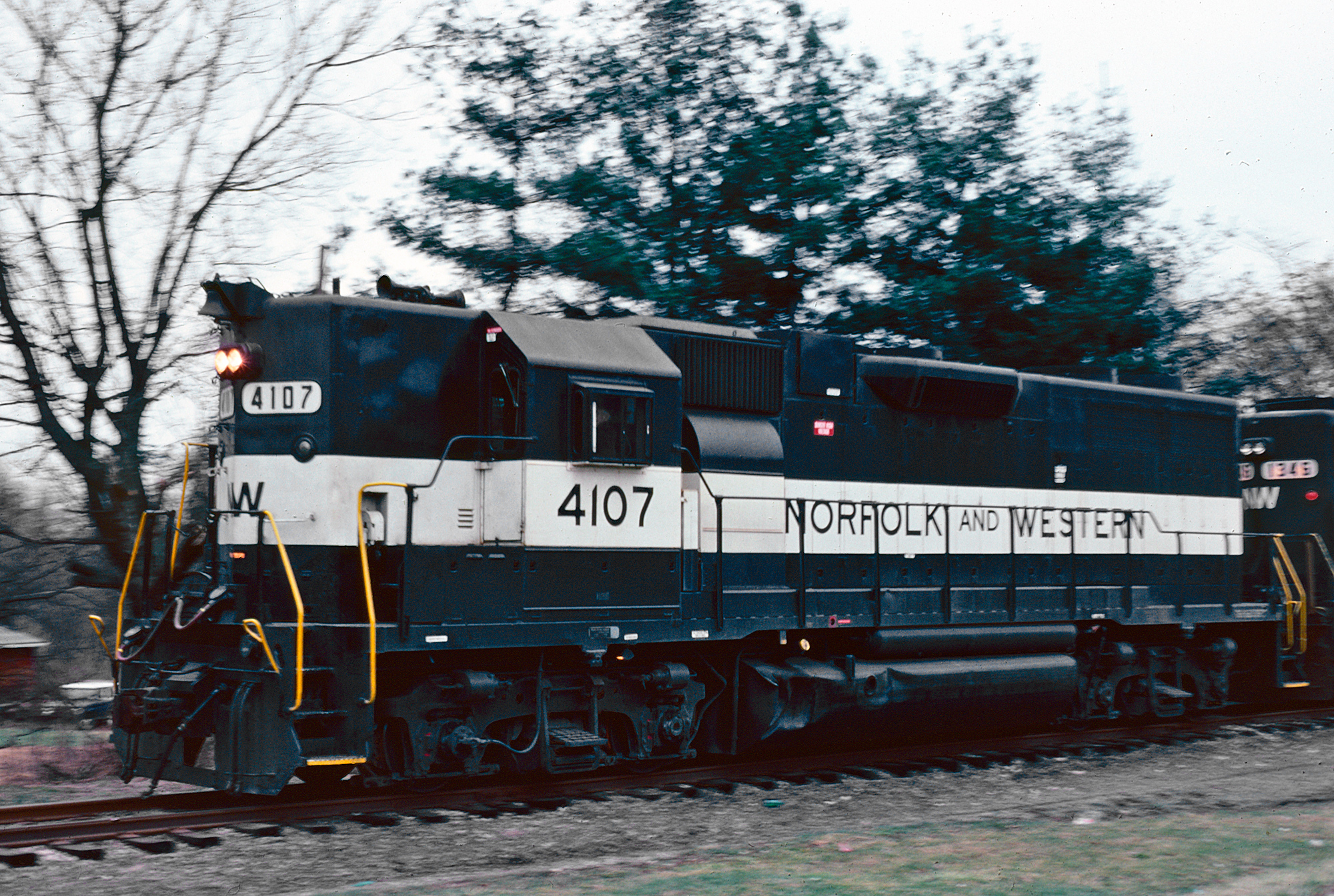 As for the GP38AC variant, it was essentially identical to the GP38 save for its model AR10 alternator in replace of the GM-built D32 generator allowing for increased tractive effort. 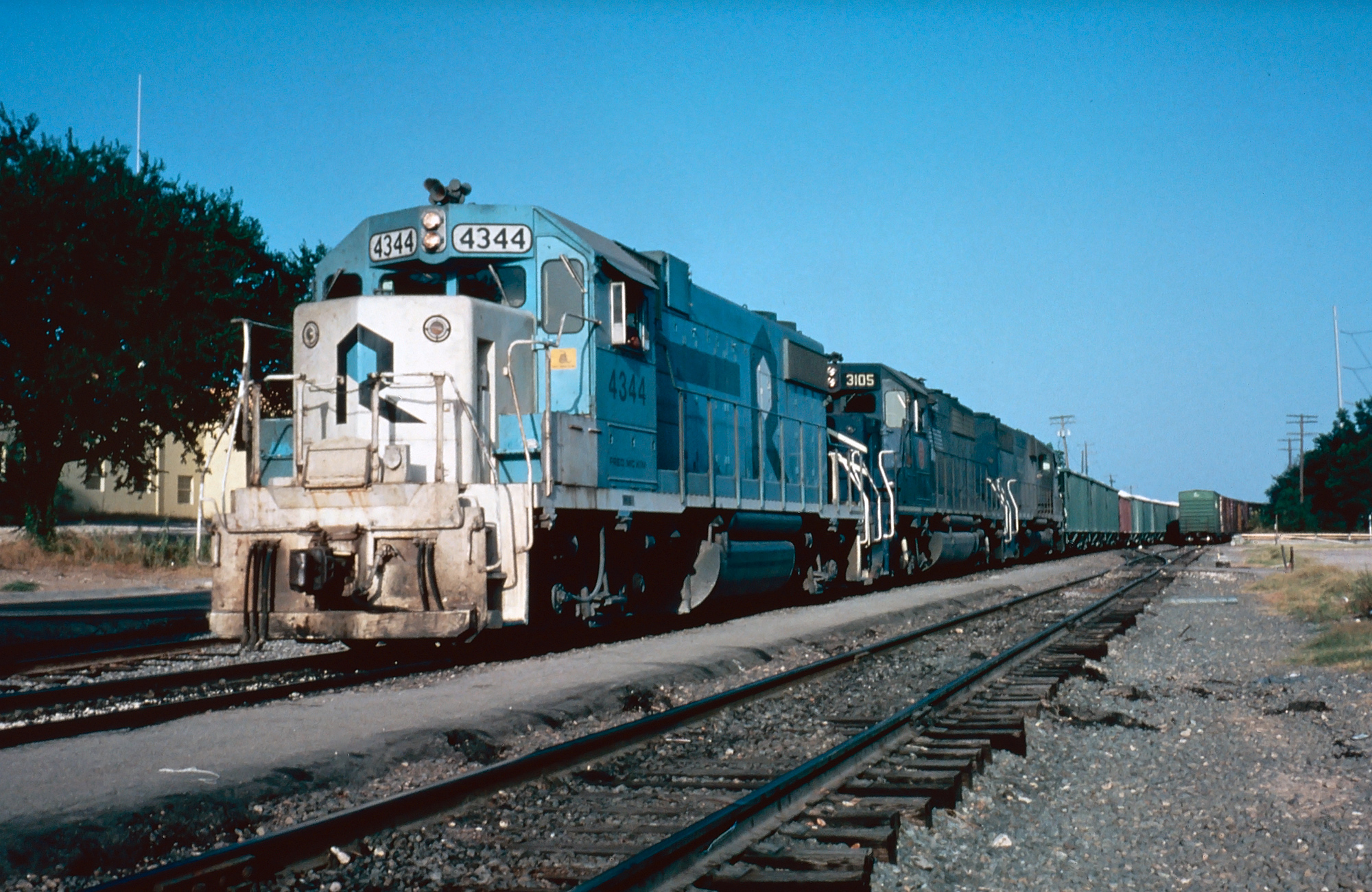 A former Rock Island GP38-2, formerly named the "Fred McKim," is ahead of this Missouri Pacific freight at Austin, Texas in May, 1980. Following the Rock's shutdown, Missouri Pacific picked up the railroad's fleet of GP38-2's. Mike Bledsoe photo. American-Rails.com collection.

Except for the later GP40 and GP40-2 models, the GP38 and GP38-2 were EMD’s most successful second-generation Geeps and like the earlier GP35 fit exactly what railroads were looking for in terms of horsepower while also including the manufacturers’ excellence in quality and reliability.

Because of the model’s success, it comes as no surprise that the unit can still be widely seen across the country from short lines and Regionals to Class Is.

In any event, be on the lookout for them because there are still hundreds roaming around out there!  Also, of particular note about the GP38 series. 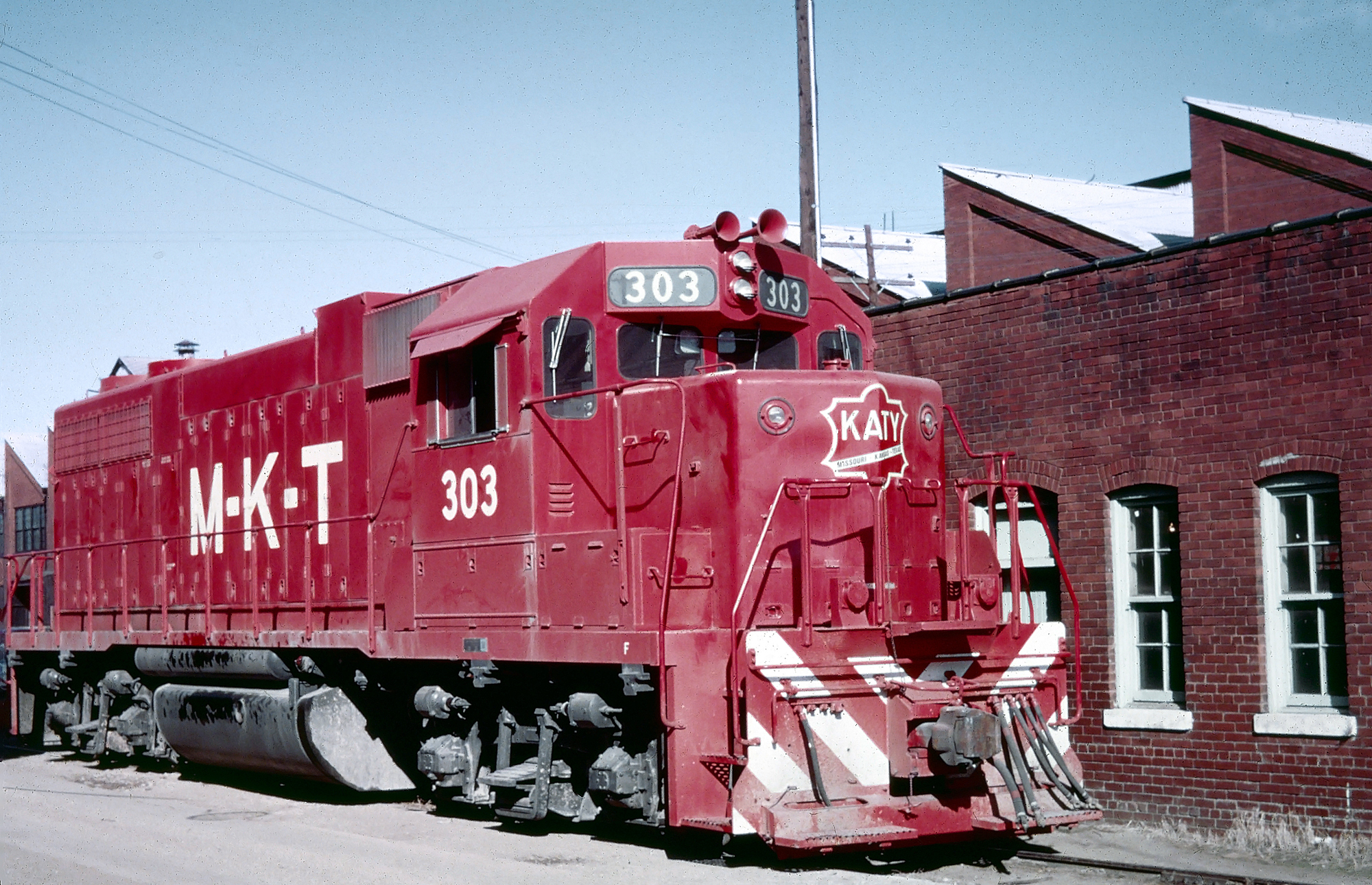 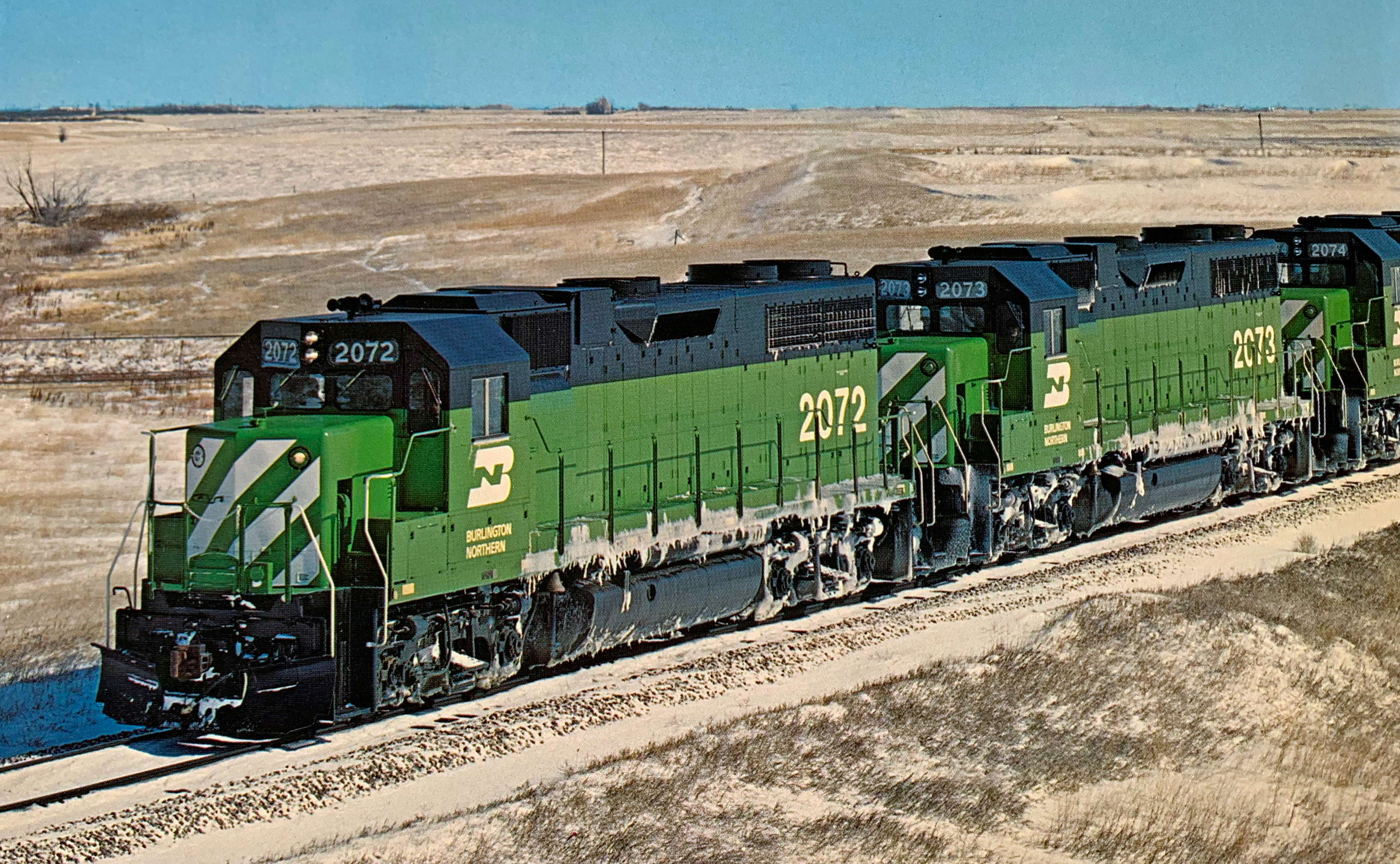 In 1982 Trains Magazine selected Baltimore & Ohio GP38 #3802 as its All American Diesel for the locomotive's performance, service, reliability and the fact that it was an extremely successful design found all across the country.   The unit ended its career on CSX as #9699.

Unfortunately, even after it was planned to be handed over to the B&O Railroad Museum upon retirement the famous Geep was initially in danger of being sold to a leasing firm. Thankfully the near-blunder was averted and as promised the museum received it as a donation from CSX.

Today it awaits restoration back into its original Chessie System colors (when it received its All American status) as well as the nameplates it originally received.  Today, the GP38, GP38-2, and GP38AC can still be regularly found on small and large railroads.