The U25B was General Electric's entry into diesel locomotive manufacturing as an independent builder.  The company, however, was no stranger to locomotive production.

As Brian Solomon notes in his book, "GE Locomotives," it built its first electric locomotive for main line applications in 1893.  It was a simple two-axle design that weighed 30 tons and could operate at speeds up to 30 mph.

From this early period GE began refining electrical gearing and aided the Baltimore & Ohio in the electrification of its Howard Street Tunnel project in 1895.

It then teamed up with American Locomotive in the further development of electric locomotives for main line service.  However, whereas Alco designed the carbodies and was responsible for manufacturing, GE supplied most electrical parts and components.

By 1904 the company was competing head-to-head with Westinghouse/Baldwin in electric traction systems.

As such, GE was well suited for the future diesel locomotive market.  It started small, supplying generator and electric equipment for the first diesel-electric built for Southern Pacific in 1904-1905.  A year later it built its first gas-electric car (1906). 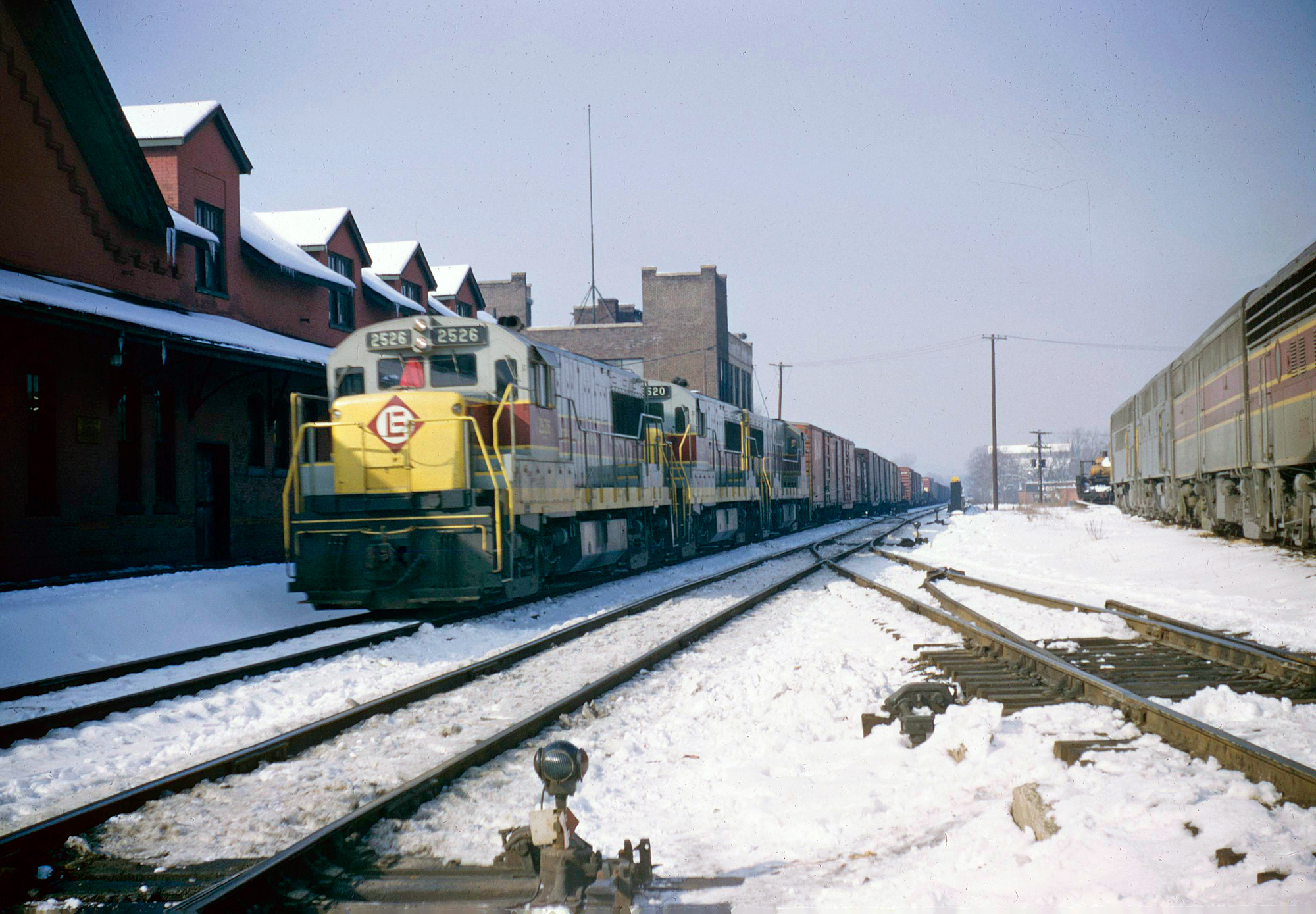 A trio of Erie Lackawanna U25B's, led by #2526, lead a general manifest east through Binghamton, New York during February of 1966. American-Rails.com collection.

In 1917, GE was back at it when it began testing an experimental model utilizing a GM-50 prime mover (a V-8 diesel engine designed by GE).

A year later it launched formal production of these 225 horsepower machines; the line was largely considered a failure although a few were sold; one to the Jay Street Connecting Railroad (#4), another to the city of Baltimore and finally one to the U.S. Army.

At the same time, GE continued its partnership with Alco when the Schenectady builder began production of main line diesels in late 1939.

For more than a decade the duo tried to keep pace with General Motors' Electro-Motive Division, with mixed results.  During this time, GE provided electrical components while Alco designed the carbodies and supplied the prime mover.

The two manufactured an array of now classic models like the FA, PA, RS1, and RS3.  However, Alco was failing to keep pace with EMD. 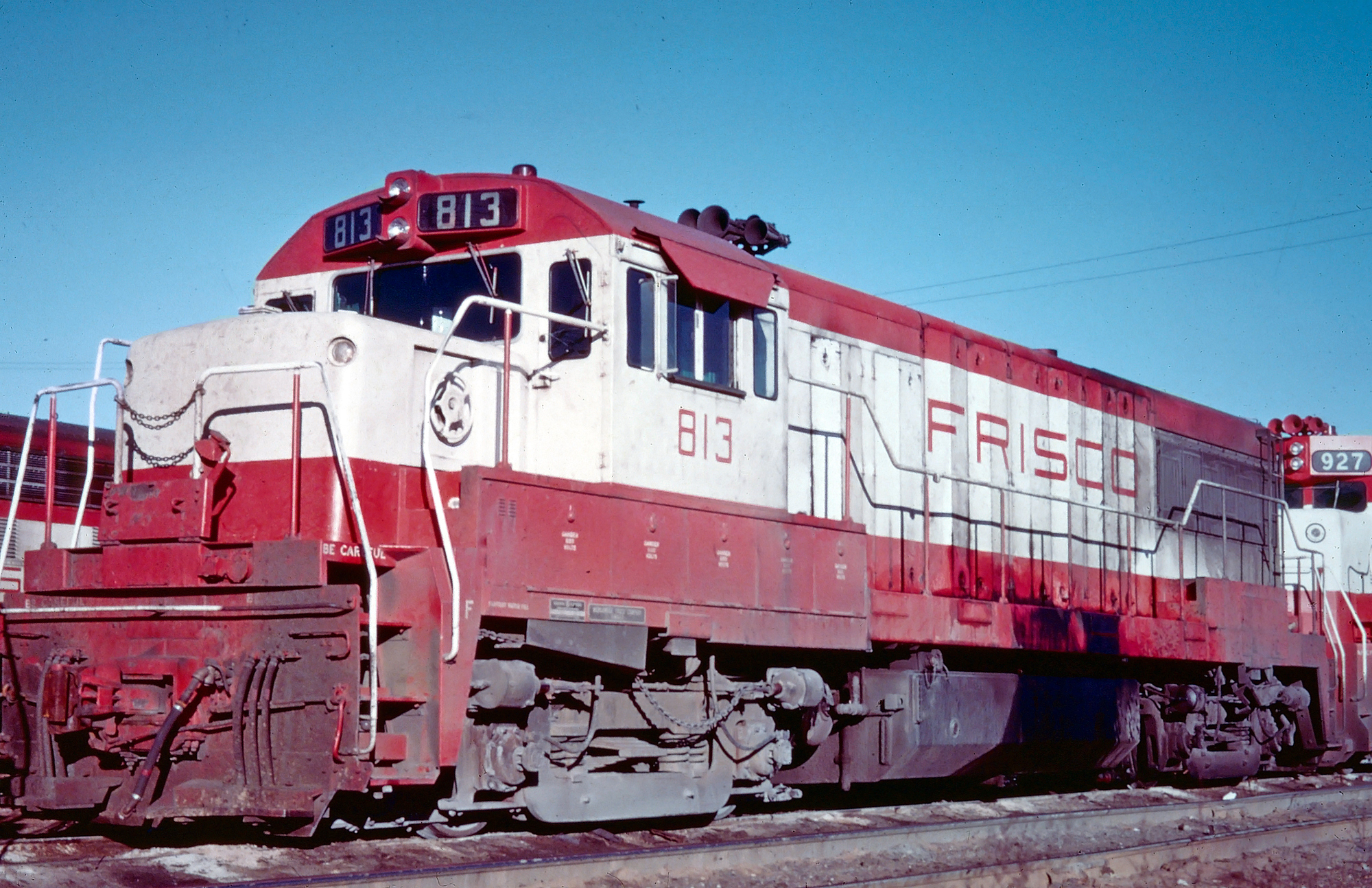 A leader in many sectors outside of railroading, GE decided to end its partnership with Alco in 1953 and strike out on its own. After severing ties, GE ramped up production at its Erie, Pennsylvania facility to develop its own road switcher.

GE elected to build a new design entirely from scratch.  The very first was an unclassified, testbed set of A-B-B-A cab units which somewhat resembled an EMD F model although with a less graceful carbody.

The quartet was out-shopped in September, 1954 and featured Cooper-Bessemer FVA12LT engines capable of producing 1,200 horsepower per unit.

The set tested on the Erie Railroad and even wore Erie colors although remained wholly GE-owned.  After testing that ran through 1959, they were returned to the Erie plant and rebuilt with 2,000 horsepower, FVBL12T engines.  GE subsequently reclassified the locomotives as the UM20B. 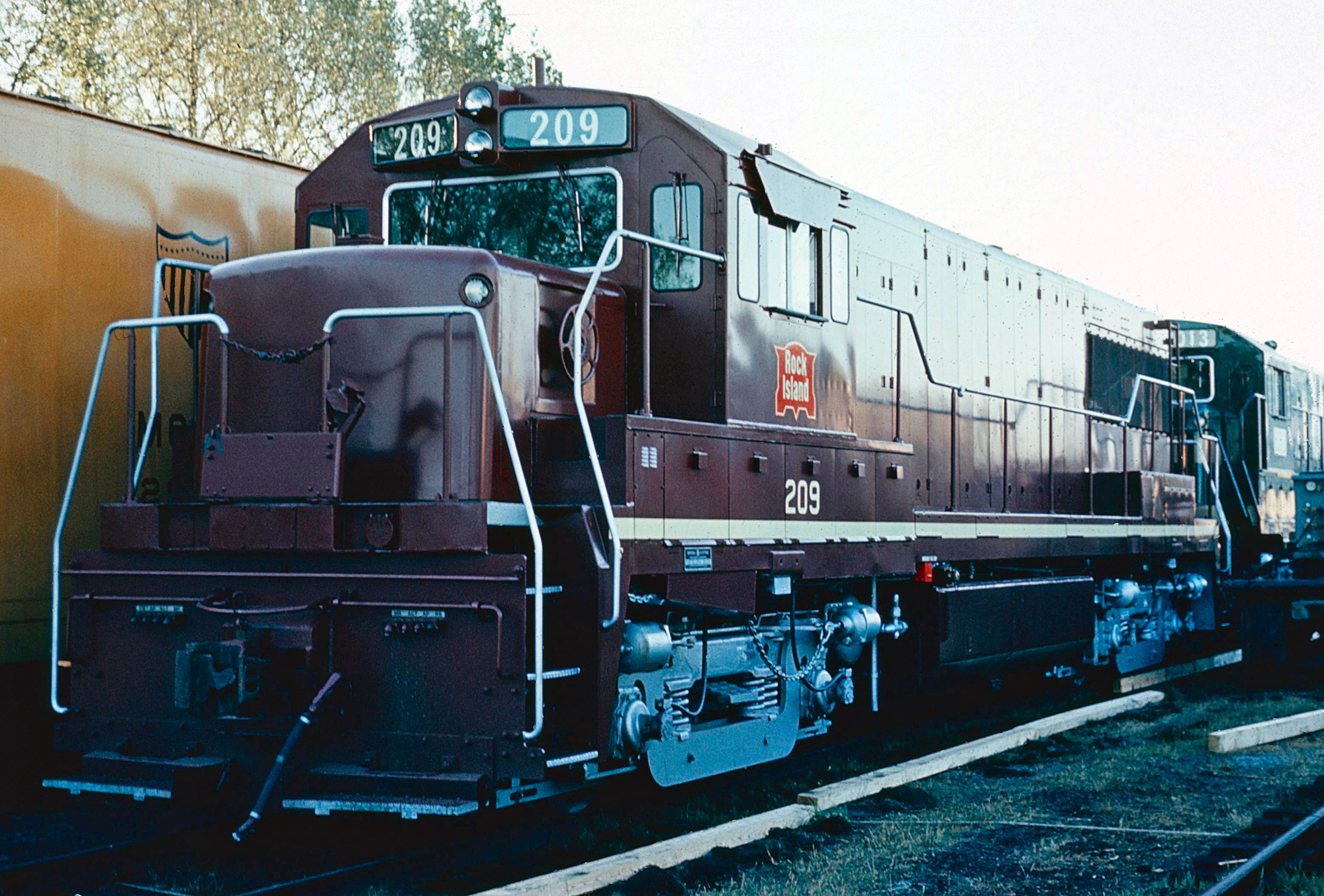 Rock Island U25B, #209, sits on display at Illinois Central's 31st Street Yard in Chicago during a trade show being held that year in September of 1963. This locomotive, an Oroville Dam U25C (partly visible in the photo), and a Union Pacific U50 were the GE products featured. In addition, Electro-Motive had a GP35 and DD35 while Alco featured a Green Bay & Western C424. American-Rails.com collection.

With ample resources available, the company spared no expense marketing this new locomotive.  GE would ultimately build four different sets of U25B demonstrators that totaled 16 units (all but the original two were sold).

As Greg McDonnell notes in his book, "U-Boats," the U25B featured an array of groundbreaking technologies such as "a central air system, pressurized engine and control compartments, advanced wheel slip control, and an improved cooling system." 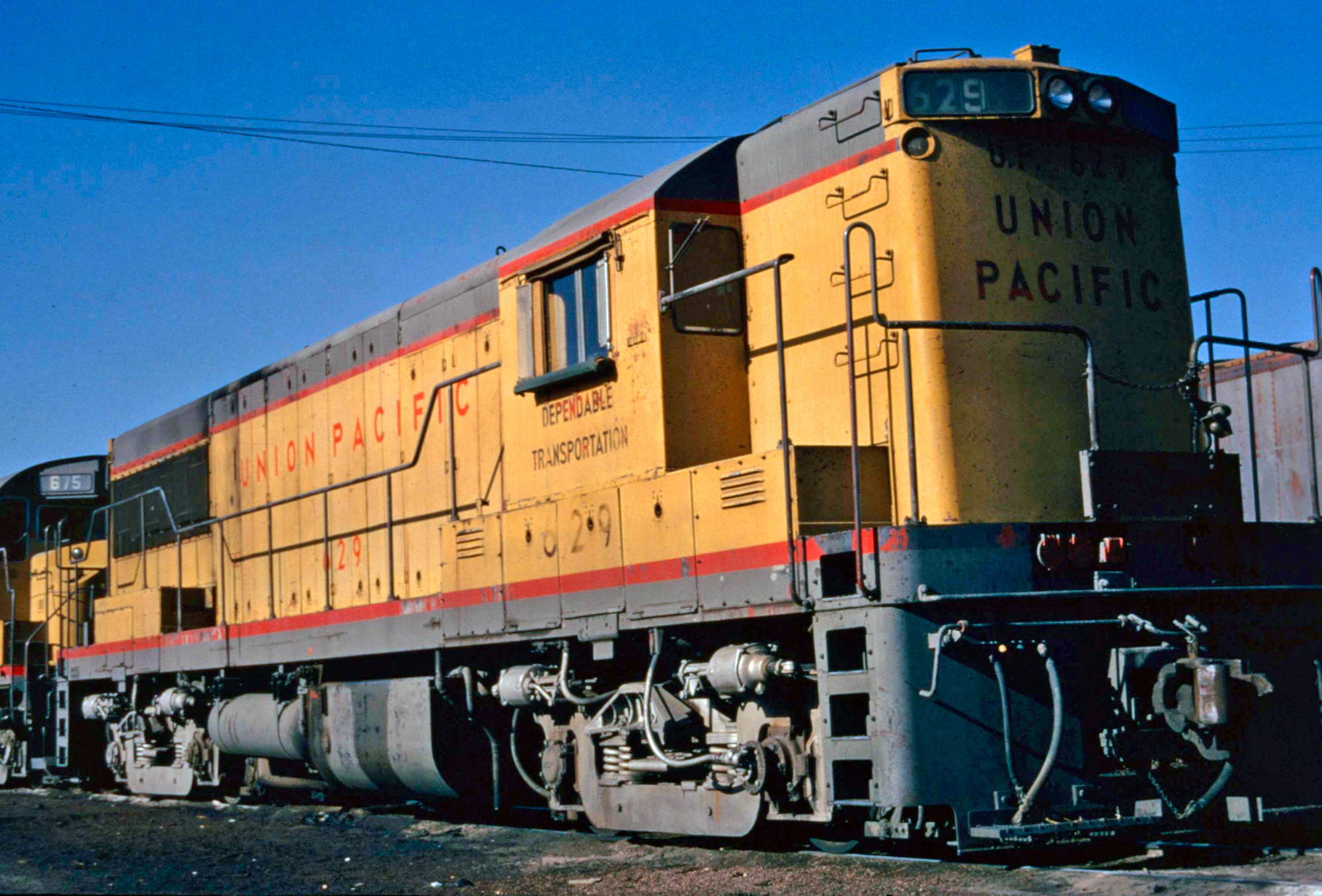 The pair spent about a year testing around the country before being sent back to Erie where they were upgraded to 2,500 horsepower and reclassified as the U25B. 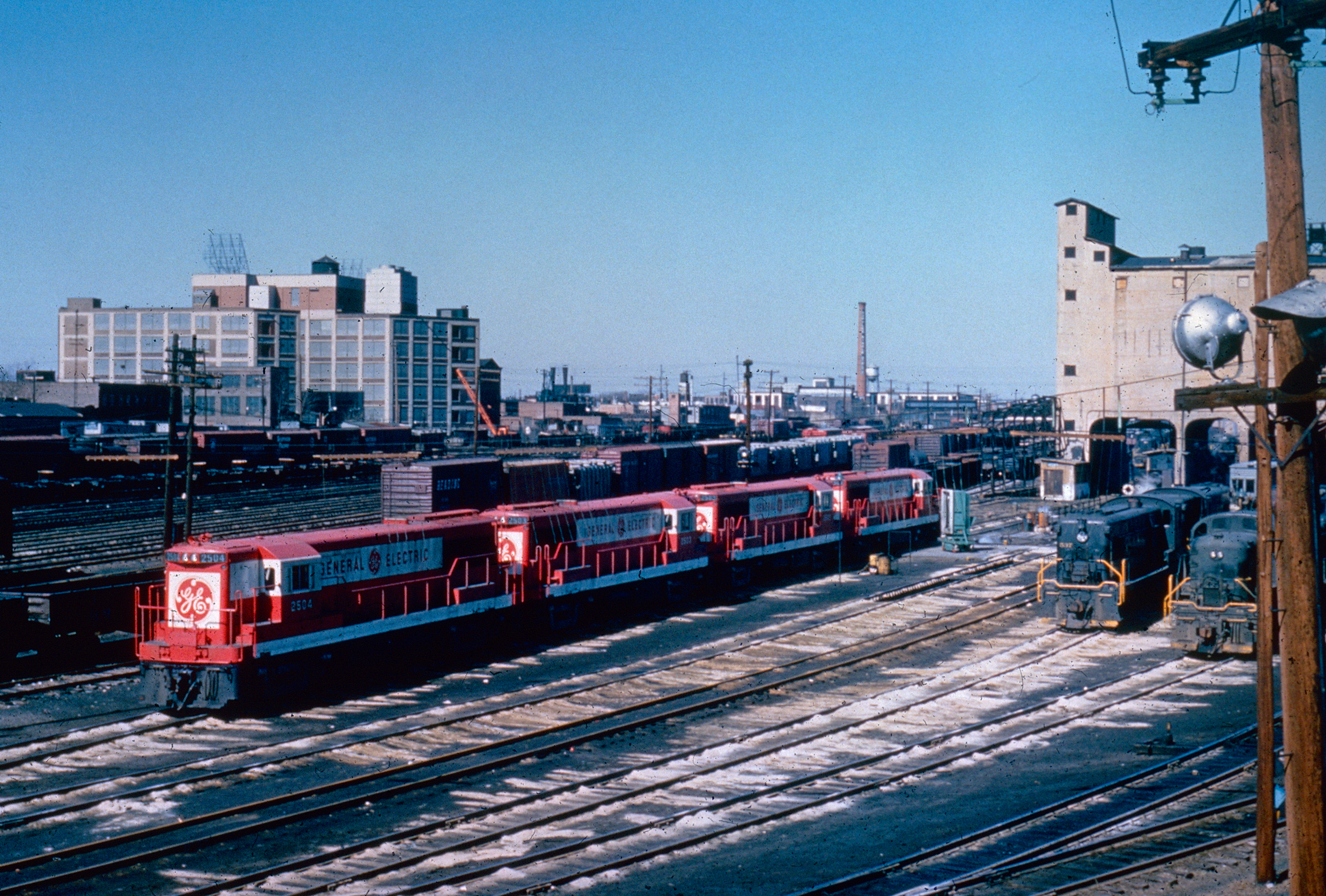 General Electric U25B demonstrators, #2501-2504, layover at the Reading's Erie Avenue Yard in Philadelphia during April of 1962. #2501, furthest to the right, was a low-nose variant while the other three units all wore high, short hoods. The quartet was later purchased by Union Pacific (#633-636) in July of that year. Author's collection.

The new model's designation was as follows:

The locomotive utilized an updated version of the company's new prime mover, the 7FDL16 prime mover.  It was a spin-off of the Copper-Bessemer designs from which it was based.

When GE elected to enter main line locomotive production it had selected Copper-Bessemer power plants for its new models.  The engine was a four-cycle, turbo-charged variant somewhat similar to Alco's model 251.

With the resources, expertise, and electrical components already in its arsenal, GE simply had to refine its product and greatly increase the engine's horsepower output.

The company did both and its efforts paid off.  Railroads quickly came to like the model's simplicity, horsepower, and ease of maintenance.

A relatively light locomotive for a road switcher, weighing just 126 tons, it could produce excellent tractive effort for its size; 75,000 pounds starting and 64,000 pounds continuous.

The U25B was not without its issues, notably GE's new 7FDL16 engine.  However, the company provided warranties and troubleshooting support; both not only increased sales of the U25B but also future models. 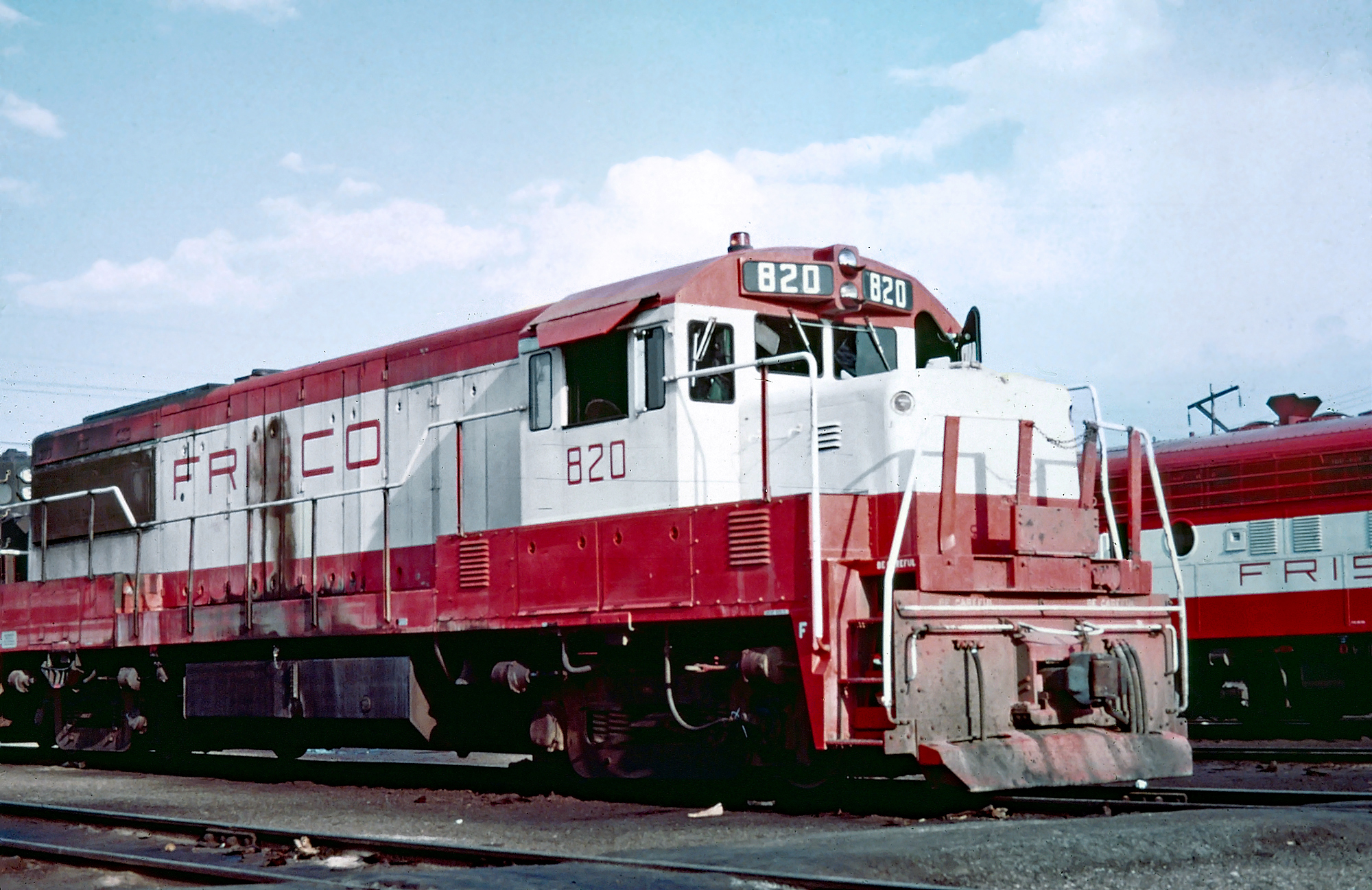 Both were sent back to GE's Erie, Pennsylvania plant in 1960, upgraded to 2,500 horsepower, and subsequently painted in a blue and cream livery.

They were ultimately never sold and remained at GE's plant. 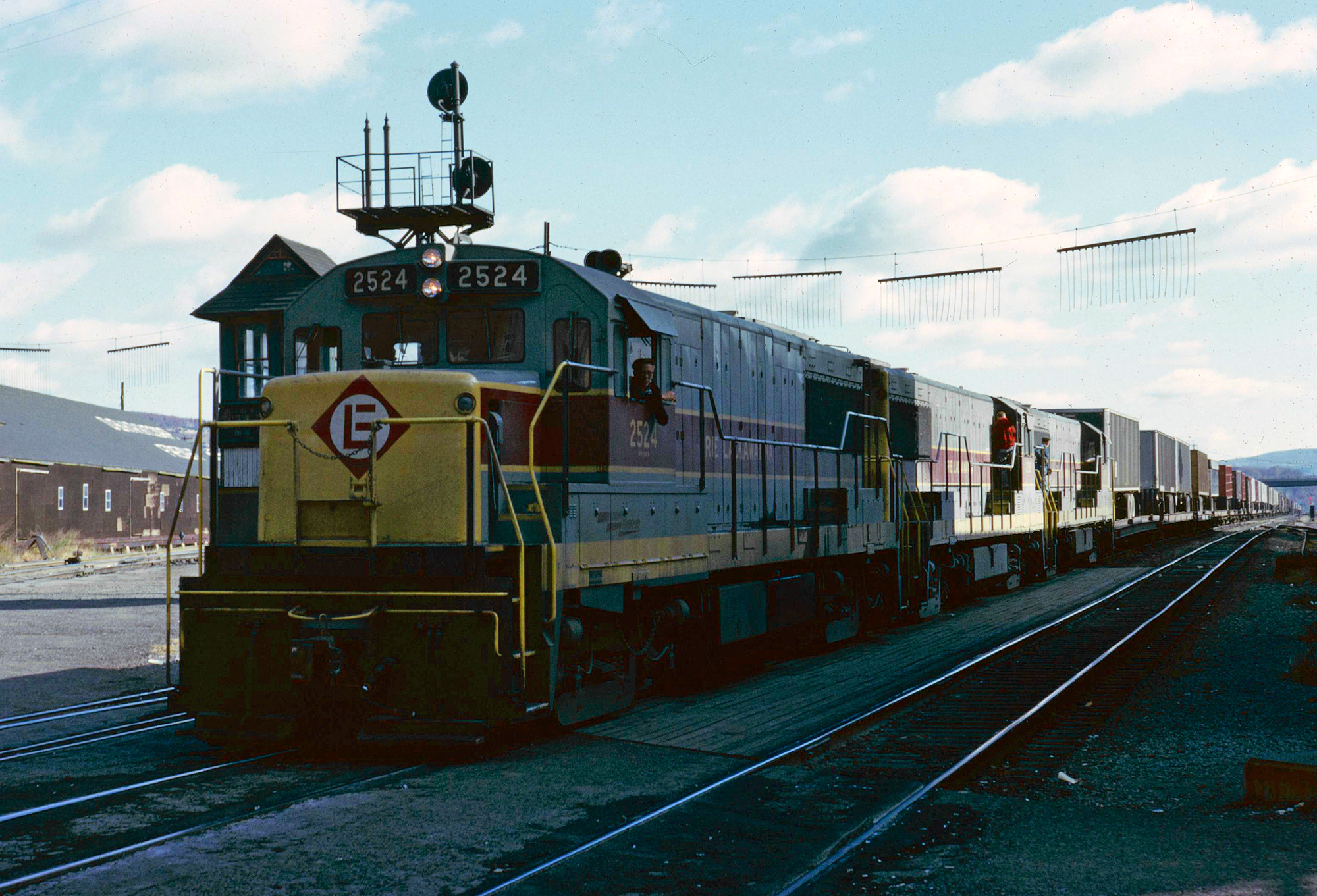 A trio of Erie Lackawanna U25B's, a little more than a year old, are stopped next to the depot in Binghamton, New York with a westbound freight in November, 1966. Author's collection.

When production had ended, GE had built some 478 U25B's (including the two initial demonstrators which never sold).  While sales were not jaw-dropping they were nevertheless solid for an entry-level model.

For Alco, of course, the U25B marked the beginning of the end. GE had done its homework and ever reactionary, Alco soon slipped into third place.  It exited the market altogether in 1969.