The U50 was one of the most powerful single unit road switchers General Electric ever produced. During the great horsepower race sparked by Union Pacific in the 1960s, all three builders produced incredibly powerful road-switchers.

Unfortunately, most, including the U50, were hampered by reliability issues since they were essentially two locomotives stuck under a single hood.

The speed at which they were designed and manufactured meant research and development was not properly carried out, save for EMD's variants.

As a result, its DD35/A, and especially the DDA40X, were actually relatively successful.  The latter rolled up millions of miles in service before the fleet was finally retired in the 1980's.

Today, all examples of the U50 built for UP, along with the three acquired by Southern Pacific, have been scrapped. 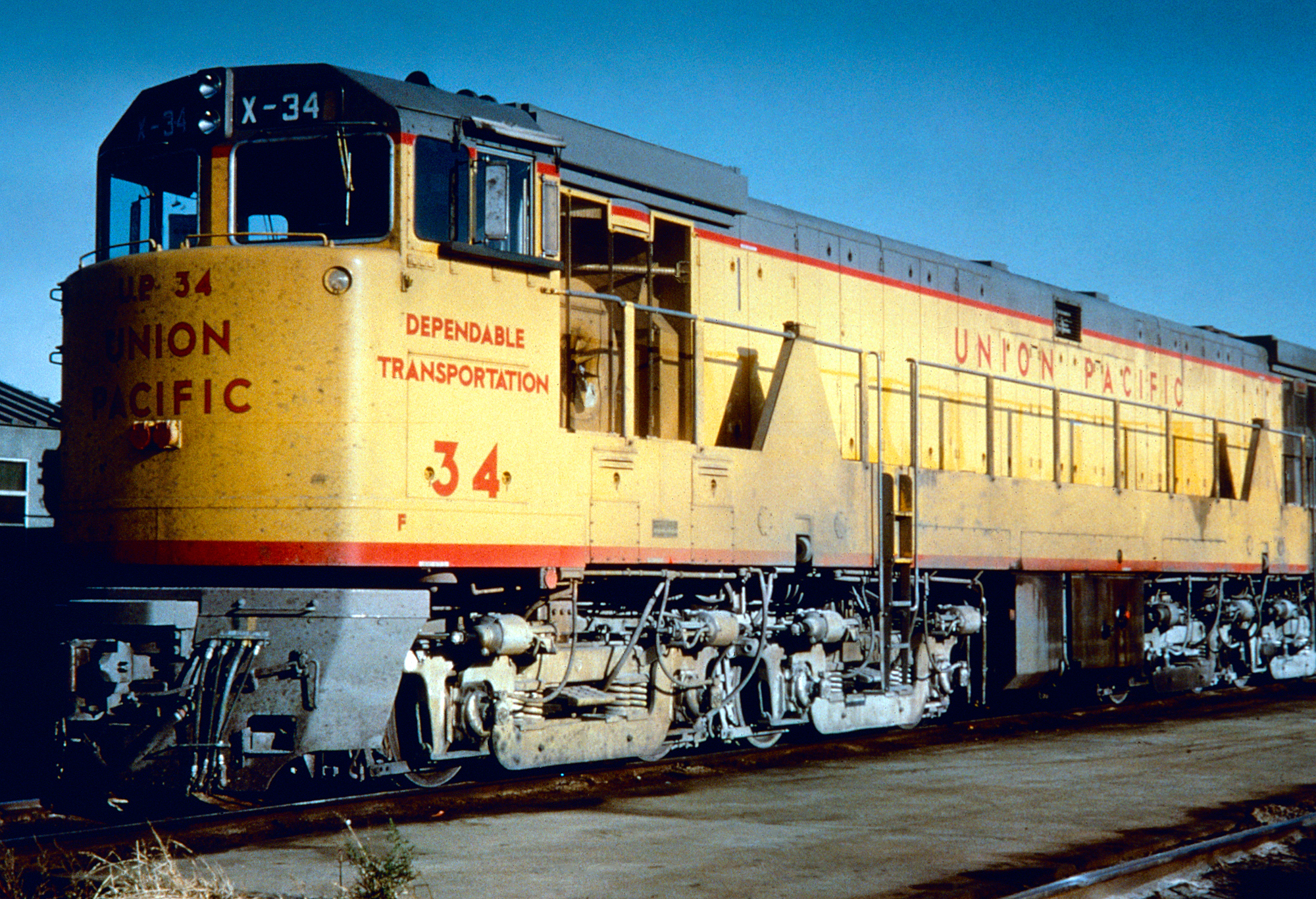 The U50 was essentially an experimental, high horsepower diesel locomotive, originally requested by Union Pacific in the early 1960s.

UP was attempting to reduce operating costs by using high horsepower locomotives, which would reduce the number of units needed per train.

The railroad's interest in such locomotives dated well back to the steam era with the incredibly powerful 4-8-8-4 "Big Boys" from American Locomotive.

Then, in 1952 Alco collaborated with GE to construct the gas turbine electric locomotive (GTEL) that offered phenomenal horsepower and tractive effort.

The GTEL's were successful but eventually proved too expensive as oil prices rose and the fleet was retired in 1970.  As a result, UP looked for other alternatives and continued requesting a 15,000 horsepower, three unit locomotive set.

General Electric came up with what was essentially two U25B's on a single frame in 1963, the U50. The massive road-switcher featured two, 4-cycle model 7FDL16 prime movers which could produce a combined 5,000 horsepower.

A gigantic locomotive in terms of both length and weight it stretched over 83 feet and and registered at 558,000 pounds; similar models built by EMD and Alco at the time featured dimensions closely matching this big U-boat.

With the locomotive's massive size its tractive effort rating was off the charts; 160,000 pounds starting and 139,500 pounds continuous. 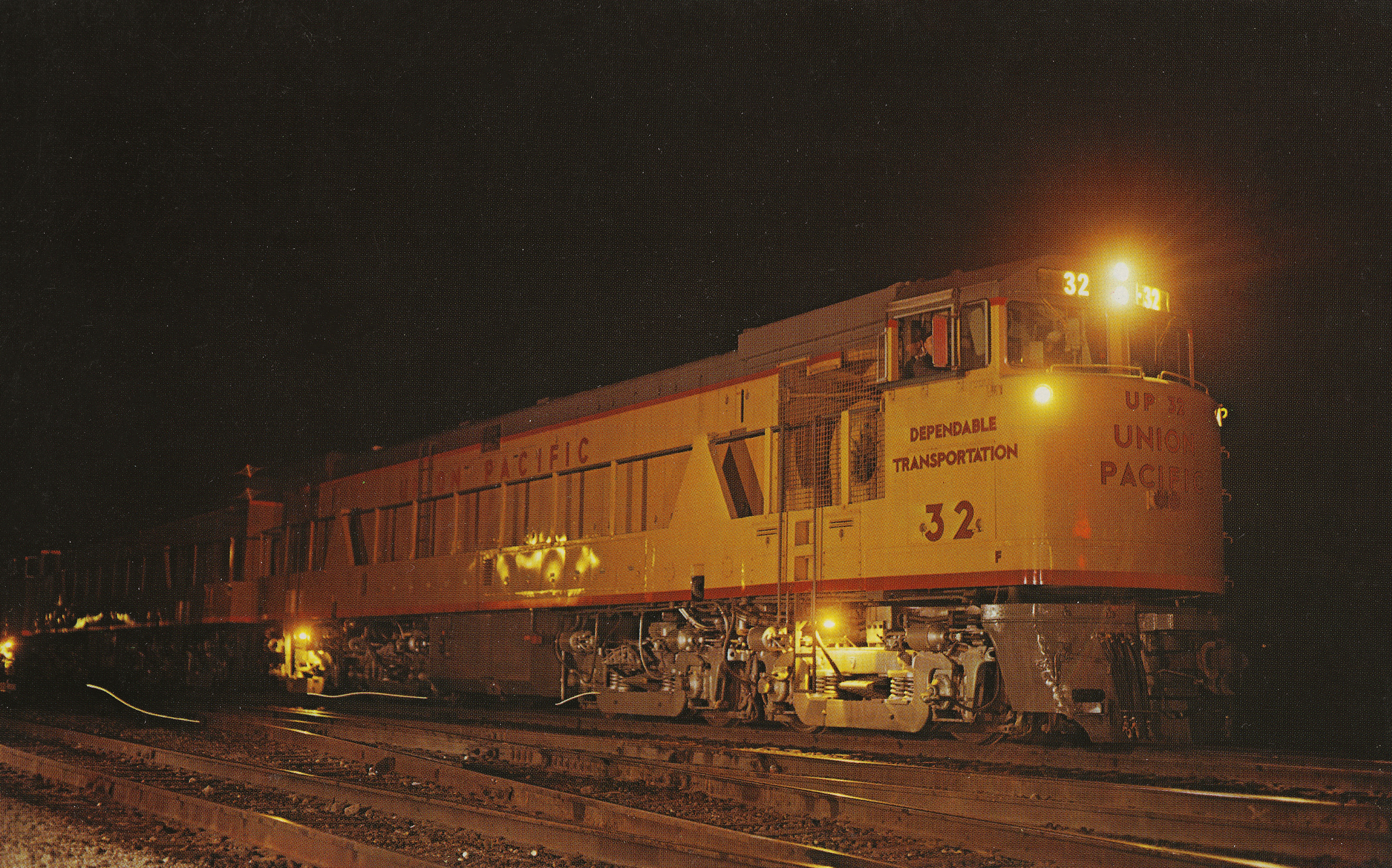 The model is sometimes referred to as a U50D, which technically is not accurate as it utilized two-axle trucks ("D" would refer to a single, four-axle truck).

GE delivered its first three U50s to Union Pacific in October of 1963; Southern Pacific acquired the next three examples during May and June of the following year.

However, SP was not satisfied with the trio and scrapped the locomotives before 1975.  For Union Pacific the carrier wound up with a total of 23 examples.

Interestingly, in the late 1960s GE would again build a high horsepower experimental design for UP known as the U50C, which was slightly different but featured the same horsepower rating.

It was intended to be an improvement over its predecessors but, ironically, wound up suffering far greater issues with onboard fire and other internal issues. 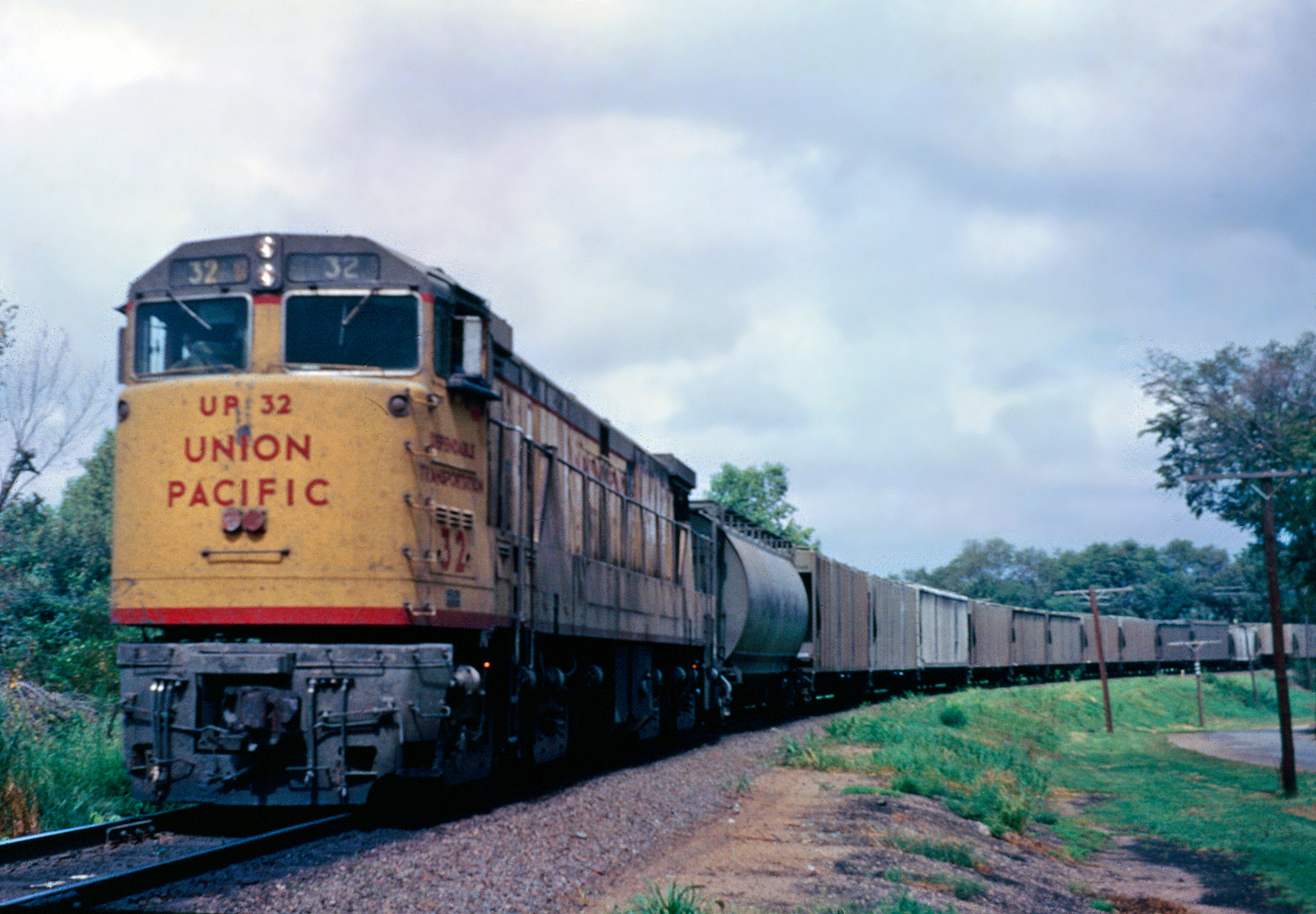 Union Pacific U50 #32 has departed the yard in Marysville, Kansas as she heads east through the city park on August 16, 1969. This segment of main line has since been rerouted around the city to the west, near the Big Blue River. American-Rails.com collection.

While the U50 did have some mechanical issues perhaps its biggest drawback was simply its weight. At 279 tons the locomotive was very heavy making it extremely hard on the track and roadbed.

Union Pacific continued to operate its fleet until 1973-1974 when the remaining units were put into storage.  Here they remained until 1977 when these were either scrapped or traded in to General Electric.