The U25C was General Electric's first entry into the six-axle locomotive market.

The locomotive debuted in 1963 and as Brian Solomon notes in his book, "GE Locomotives," was specifically tailored for heavy freight service during an era before six-motor diesels had gained widespread popularity.

Electro-Motive and American Locomotive had cataloged six-motored variants since the early 1950's and both builders enjoyed little success.

However, sentiment within the industry changed as manufacturers uprated their models to the 3,000 horsepower during the mid-1960's. As a result, railroads began models like the SD35, SD40, U30C, and U33C by the hundreds and thousands.

The combination of high horsepower and high tractive effort proved a winning combination. After the mid-1970s nearly all domestic-built General Electric and EMD models were of the C-C variety. 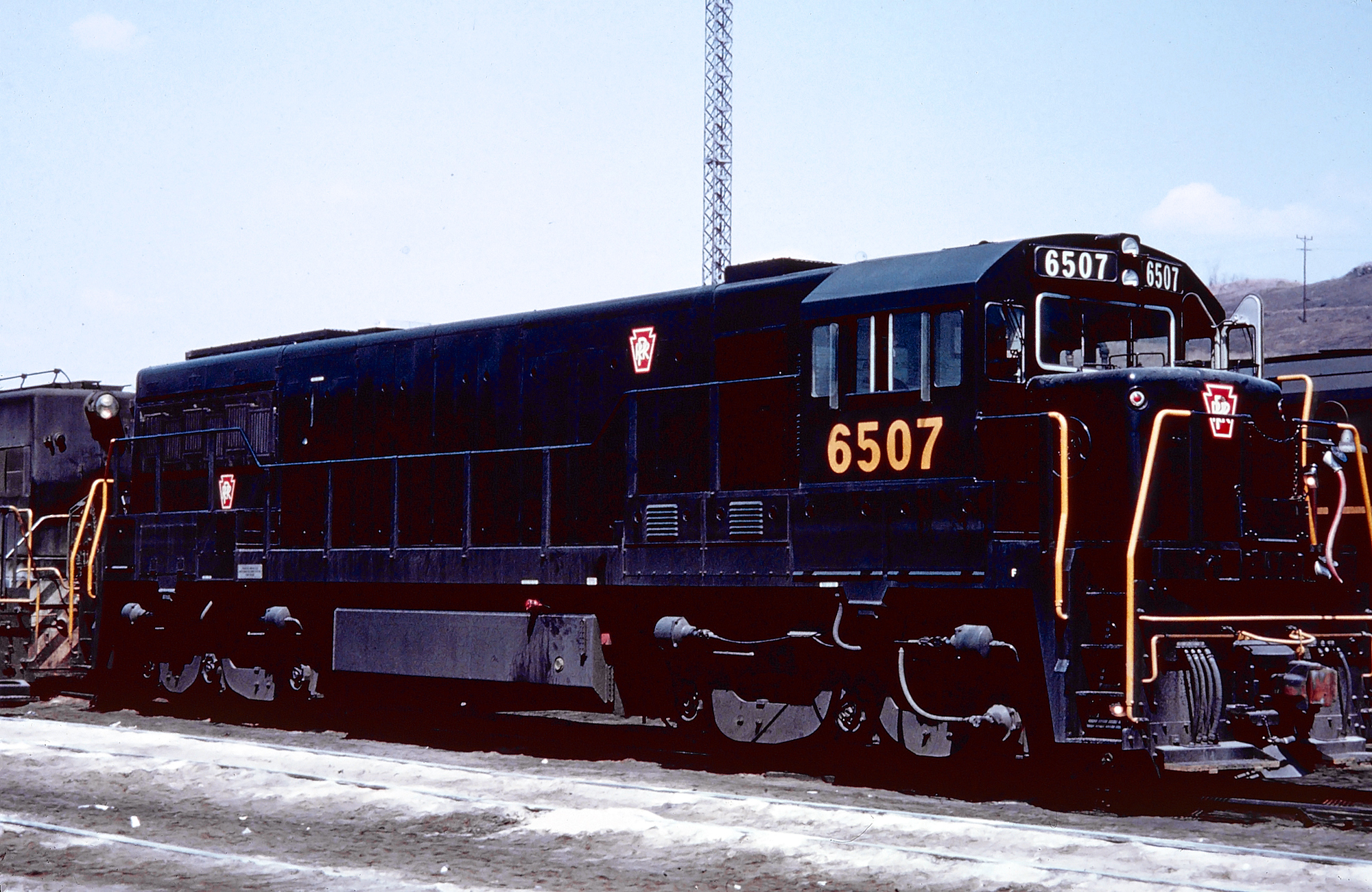 This project was launched in 1961 to dam the Feather River east of the city of Oroville, California.  The earthfill dam was built by the California Department of Water Resources (DWR).

Today, it is part of the California Aqueduct, which provides irrigation for farms in the San Joaquin Valley and supplies drinking water to Southern California.

Ultimately, the project would utilize seven U25C's and had to purchase three additional units following a deadly head-on collision on October 7, 1965 between a train of westbound empties (led by #8010-8011) and eastbound loads (led by #8016 and #8014).

The trains collided at the entrance to one of the construction tunnels causing 10,000 gallons of diesel fuel to ignite and killing four men. 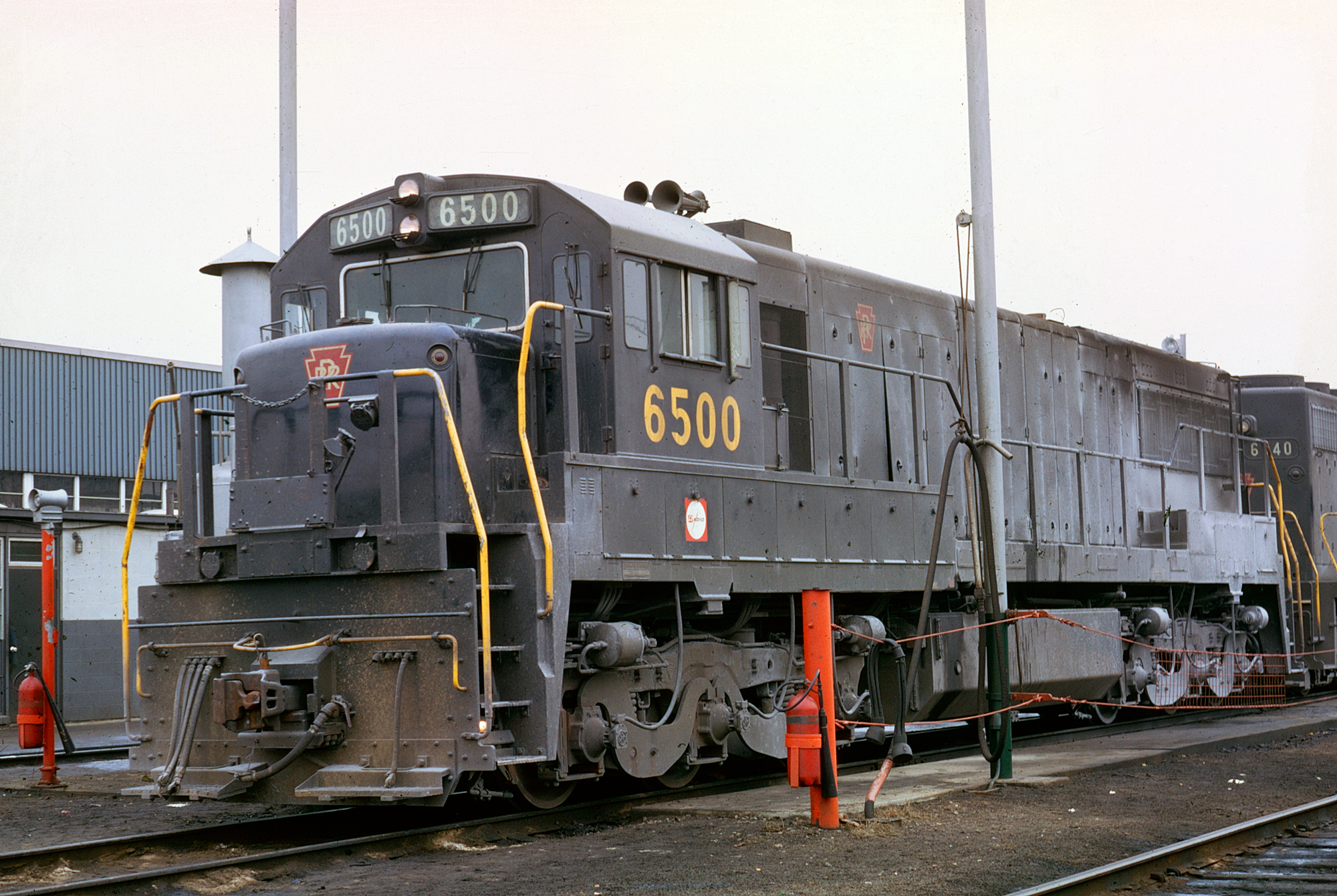 It's the early Penn Central era as a former Pennsylvania U25C, #6500, lays over at Newton, Massachusetts on March 18, 1969. The unit was about four years old in this photo. Author's collection.

At the time of the U25C's production most railroads remained hesitant to use six-motored locomotives in main line applications.

While GE saw lower sales of the U25C by comparison to its four-axle counterpart the builder still managed to sell 113 examples to a variety of railroads.

The U25C utilized GE's 4-cycle model 7FDL16 prime mover and could produce 2,500 horsepower. The classification for the GE's six-axle designs followed the premise of its original four-axle variant.

For instance, in the case of the U25C:

All of the locomotive's internal equipment including main/auxiliary generators and traction motors were designed and manufactured by General Electric while air equipment was supplied from Westinghouse Electric.

The most noticeable benefit of the U25C was its starting tractive effort rating of 90,000 pounds, nearly 17% higher than with the U25B.

This allowed it to get heavier trains started faster than its four-axle cousin. While railroads were still reluctant to purchase six-motored locomotives, this sentiment changed when upgraded electrical components enabled traction motors to catch up with the prime movers and produce 3,000 horsepower.

GE would go on to sell many more examples of its more powerful U30C, U33C, and U36C (combined, these models would sell well over 1,000 examples). 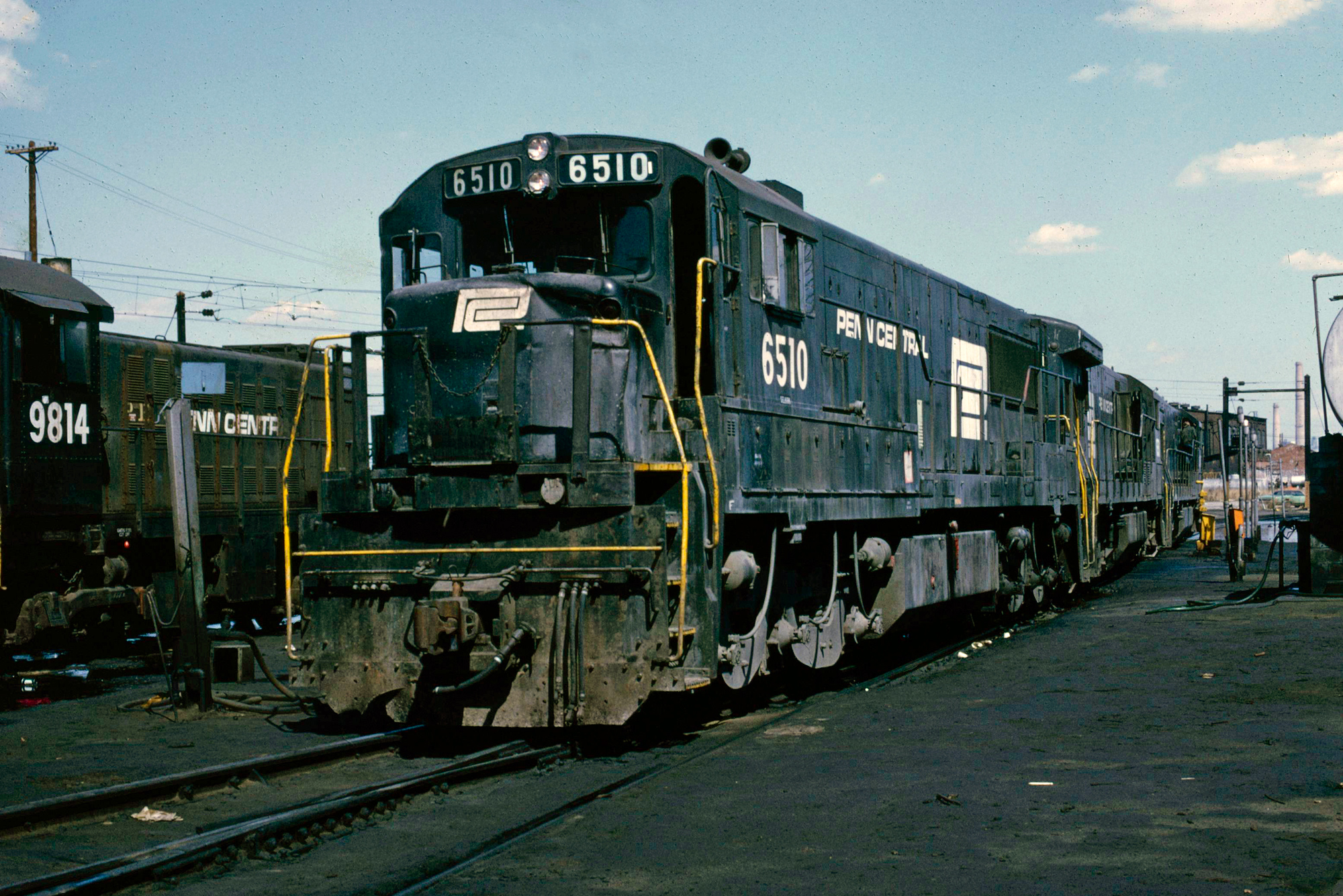 During the course of production, GE never implemented external improvements to the carbody as it had done with the U25B when the single-piece windshield (expensive to replace) was given a split windshield.

Today, at least one U25C is known to be extant; Lake Superior & Ishpeming #2501 on display at the Presque Isle Ore Dock in Marquette, Michigan.