The U28C was General Electric's second six-axle model and virtually identical to its predecessor (U25C) save for a slight increase in horsepower.

When the U28C was cataloged many roads were still not embracing high-horsepower, six-axle models.  As a result, this particular model witnessed few sales.

There was also a variant, the U28CG, a duel-service designed equipped with a steam generator for passenger service.  Only the Santa Fe purchased this model.

During the late era of privately-operated rail travel, several railroads turned to duel-service road-switchers that could be used in both freight and passenger applications.

In essence, the U28C was never intended to enjoy a long production run.  At the time, all three builders were working towards a 3,000 horsepower road-switcher and offered 2,800 horsepower models in the interim.

Today, one U28C is preserved; Union Pacific #2804 is on display at the National Transportation Museum in St. Louis retaining its original number and colors. 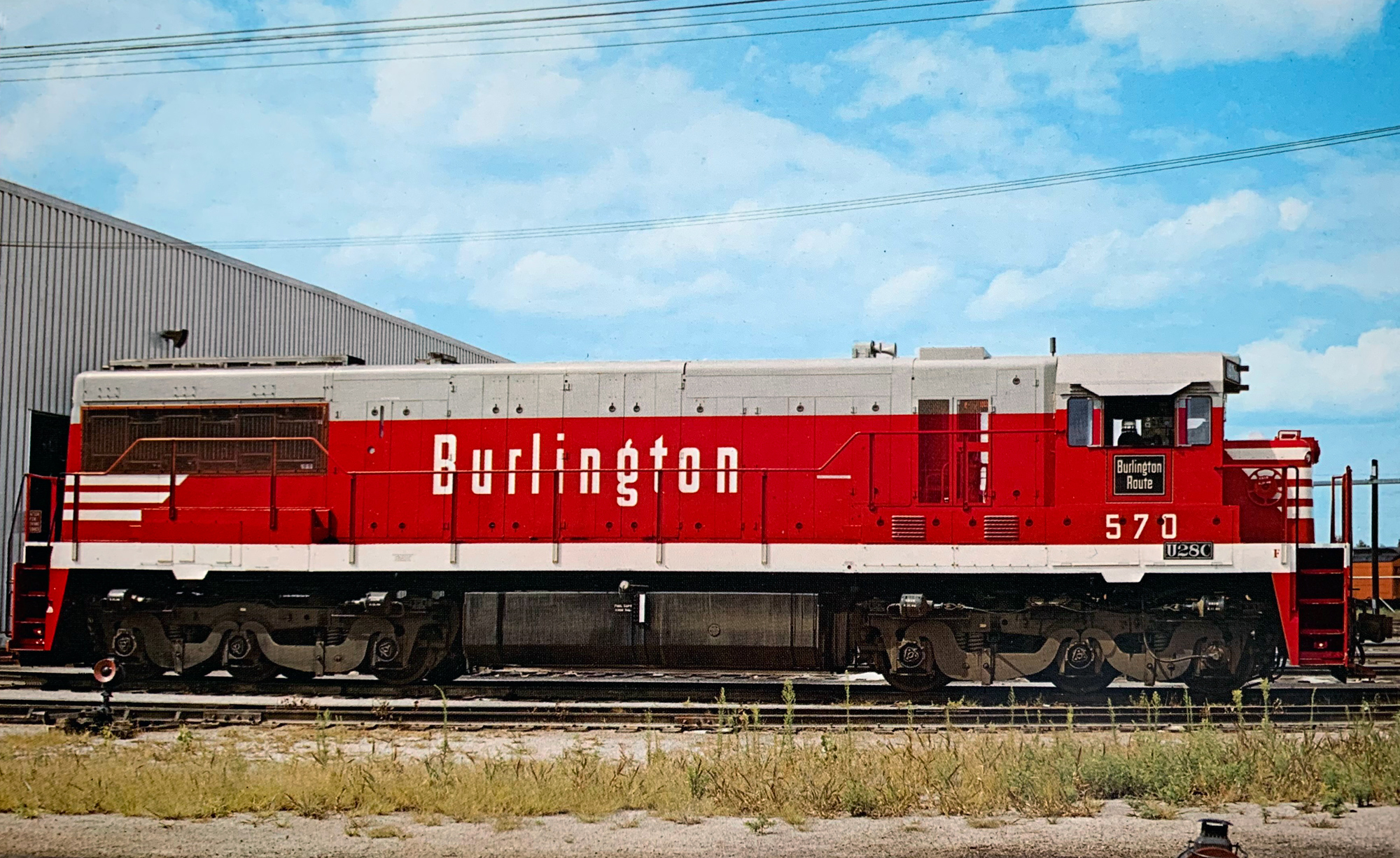 The U28C was not really a stand-alone model but merely a transition variant from the U25C.  As GE continued external improvements it was able to increase the horsepower rating of its standard 7FDL16 prime mover.

This was all thanks to major electrical upgrades.  As Brian Solomon notes in his book, "GE Locomotives," the builder switched to an AC-DC transmission system.  He goes on to note:

"The new system used an alternator rather than a generator and employed silicon diodes to rectify alternating current to the direct current needed by traction motors.

All the common attributes of early GE locomotives were present in the U28C such as a boxy carbody, low nose, and simple design. 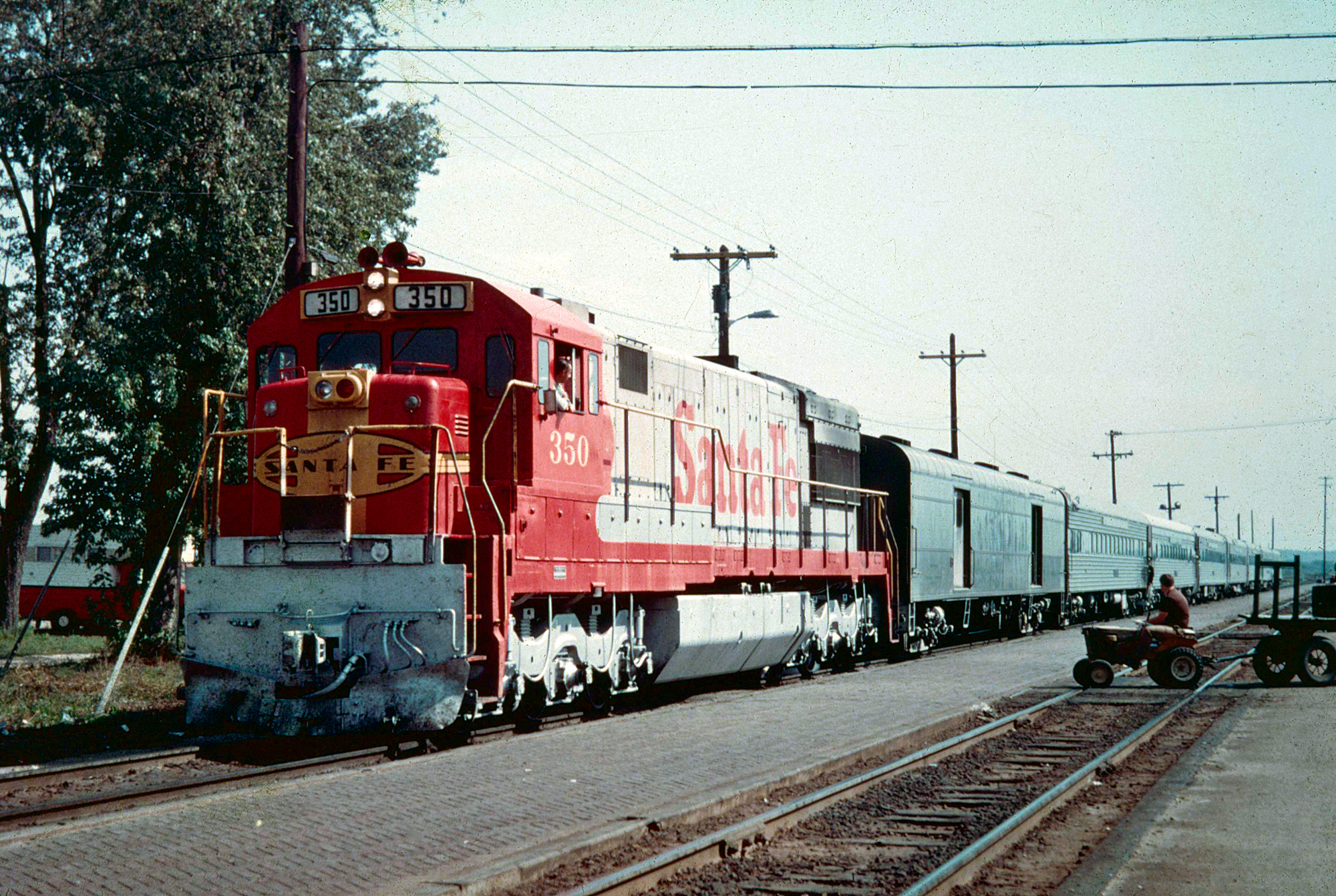 Its tractive effort was slightly higher than the earlier U25C at 92,500 pounds of starting and 79,500 pounds continuous. Interestingly, General Electric had offered its earlier U25 model with an optional steam generator for passenger service.  However, there were no buyers until the U28's release.

Santa Fe saw interest in the variant as a duel service locomotive and liked its increased horsepower.  Aside from its steam generator and faster gearing (enabling it to reach speeds over 90 mph), the U28CG was identical to it counterpart.

*  Equipped with the U25C carbody. 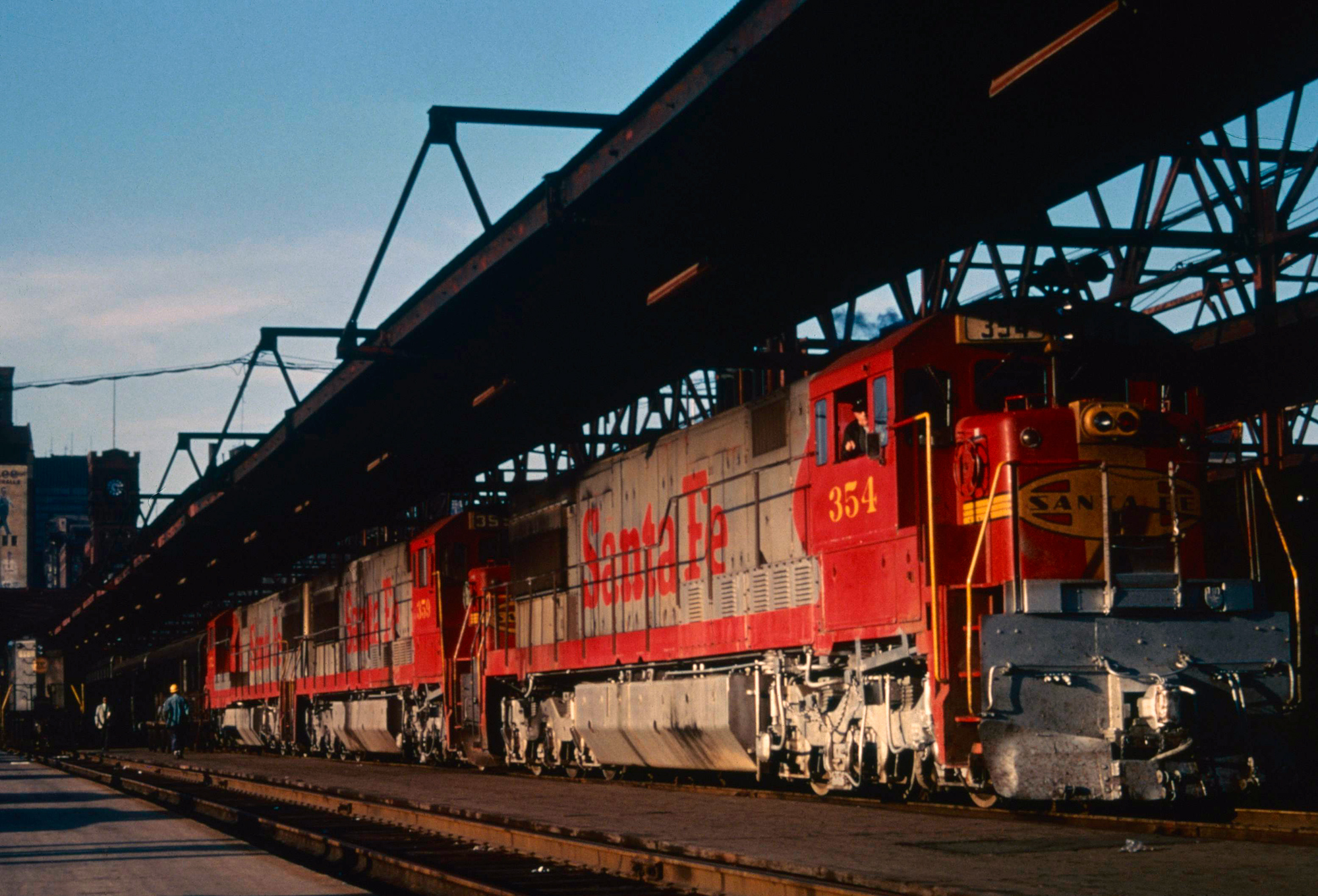 From a historical perspective, GE is often lauded for its Universal line, which eventually allowed the builder to overtake Electro-Motive in locomotive production by the 1980's.  However, most crews who operated U-boats were not fond of the locomotives, often describing them as "junk."

In addition, Electro-Motive models released in the same period can still be found in revenue service throughout the country while nearly all U-boats now are either scrapped or reside in museums.

For the Santa Fe, issues with its U28CG force the railroad to reassign its ten to freight service where they remained until their retirement in 1980.

For the Class Is which purchased the standard U28C, most had retried theirs by the 1980s.  By then, GE was offering more powerful and reliable models such as the Dash 7 series and early Dash 8 designs.