The U28B was a late era U-boat model released during the horsepower race between General Electric, Electro-Motive, and American Locomotive.

The model was a slight step up in horsepower over GE's successful U25B, which had burst onto the locomotive market in 1959.

It had proven General Electric as a respectable builder, as well as an immediate contender to knock Alco from its second place position.

Externally, the U28B was almost identical to its predecessor.  While the carbody was slightly updated during production, most of the model's improvements were unseen as GE continued to refine its product with internal upgrades.

The U28B was produced for only one year.  It was cataloged during a time when all three builders were working towards a 3,000 horsepower road-switcher.  For General Electric, this was the U30B and U30C released in mid/late 1966.

As the company released more designs, U28Bs were slowly retired.  By the late 1980s, most had been removed from remaining Class I rosters. 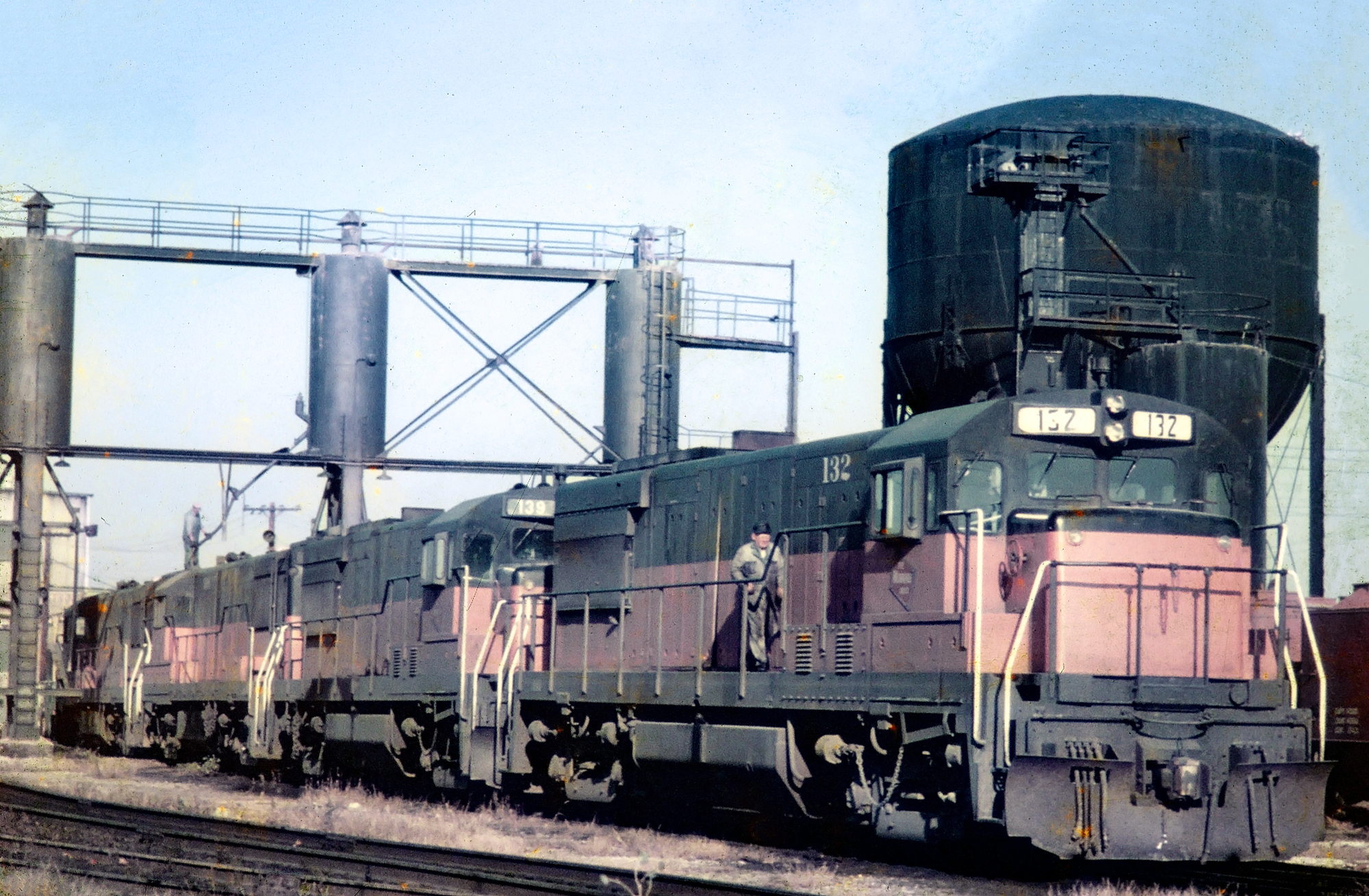 The U28B began production in January of 1966; the model was cataloged primarily to keep pace with similar designs in production by Electro-Motive and Alco.

The carbody continued to feature the same simple, boxy design that defined the Universal series.  The most noticeable external difference, with early variants, was the use of a split windshield.

This change had originally been applied to late model U25B's as GE became aware the single-piece windshield was quite expensive to replace.  The U28B continued to utilize GE's 4-cycle 7FDL16 prime mover that could produce 2,800 horsepower.

As Brian Solomon notes in his book, "GE Locomotives," the first U28B's to roll out of Erie featured virtually identical carbodies as the U25B.

However, as production moved forward GE changed some aspects including a shorter nose and removal of the large, boxy "step" along the rear walkway.

While General Electric used its own electrical equipment it did outsource air bakes and compressors to Westinghouse Electric.

Continuing GE's drive towards simplicity, the U28B was generally reliable and easy to maintain.  Once more, the company worked to mitigate any complaints by backing its product with field engineers and warranties.

While the model was only built between January, 1966 and January, 1967, eight different Class I's purchased 148 examples of the U28B including:


GE would quite likely have sold more if it had not released the U30B in mid-1966 as the builder strove for a 3,000 horsepower locomotive.

As Mr. Solomon points out, the U28B's improvements went beyond aesthetics.  During the course of production of both the U28B and U28C, GE carried out a major electrical upgrade by switching to an AC-DC transmission system.

Solomon notes: "The new system used an alternator rather than a generator and employed silicon diodes to rectify alternating current to the direct current needed by traction motors.

** Built as GE demonstrators but were immediately sold to Southern Pacific. 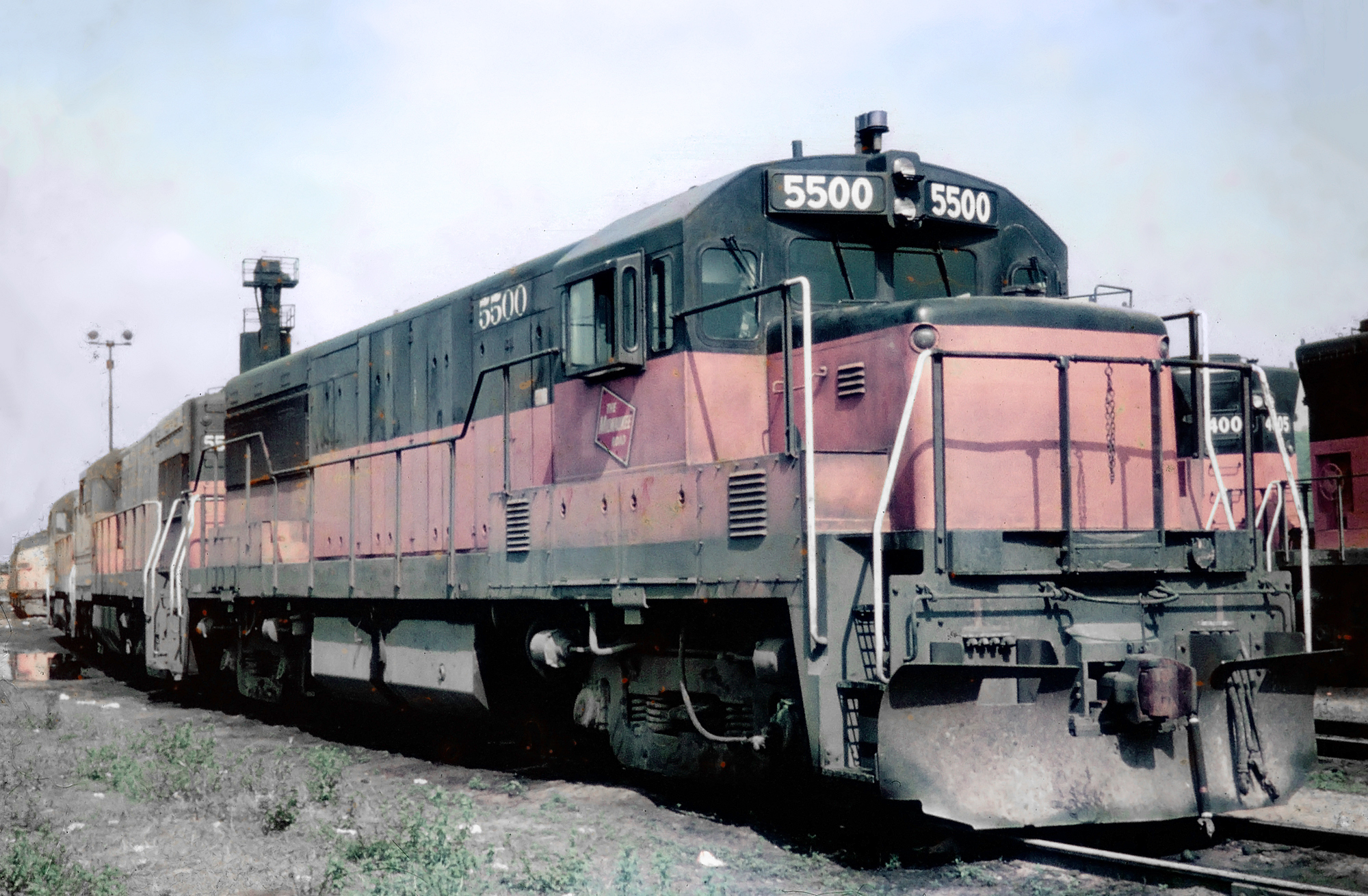 It was this new AC-DC system which finally enabled all three builder's to offer road-switchers with a hefty 3,000 horsepower

By then, railroads were warming to high-horsepower locomotive featuring six axles and greater tractive effort.