The U23C, developed in the latter 1960s, was a late model U-boat manufactured by General Electric for use in yard, transfer, and heavy drag service.

It featured a variation of GE's 7FDL prime mover and was meant to compete with similar models offered by the Electro-Motive Division (EMD), notably the SD38 and SD39.

Ironically, GE's variant outsold EMD's thanks to a large order for Rede Ferroviária Federal, the Federal Railways Of Brazil, which acquired 170 examples alone.

The specialized nature of the U23C was not of particular interest to many by the late 1960s, especially considering that other models could perform the very same tasks, notably EMD's SD40 series or even the U30C.

Railroads that tended to buy the U23C were either strapped for cash (Penn Central) or merely testing the waters (GE products at the time tended to come with a lower price tag).

Today, there is one U23C preserved Lake Superior & Ishpeming #2300 (in its original colors and number, the first U23C to roll out of Erie) located at the Arkansas Railroad Museum. 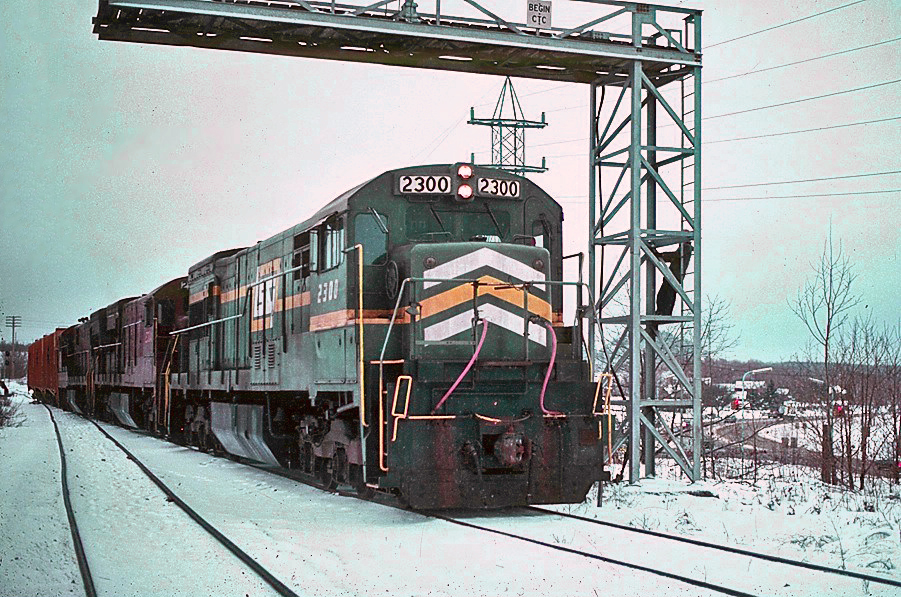 Lake Superior & Ishpeming U23C #2300 (built new for the railroad in February, 1968) and a few other units are running eastbound through Negaunee, Michigan on January 3, 1983. Brian Rackley photo.

The U23C began production in March, 1968 using a 12-cylinder version of the company's 4-cycle 7FDL prime mover, which could produce 2,250 horsepower.

The model was almost identical to the U30C save for six access doors in place of the standard eight found on most other U-boats equipped with the 7FDL16 prime mover.

The company cataloged the model as a slow-speed, heavy drag locomotive. As Brian Solomon notes in his book, "GE Locomotives," the Penn Central used their small fleet in yard service.

The U23C was essentially a transfer locomotive, which other builders, like Baldwin and Alco had attempted to market more than a decade earlier. Once again many systems found little interest in this specialty locomotive type.

The U23C's sales appeared stronger due to the 170 units acquired by Brazil's Rede Ferroviária Federal.  Greg McDonnell points out in his book, "U-boats," its initial fleet of 20 units (3901-3920) was completed at Erie without trucks.

The locomotives were then transferred to GE's plant in Sao Paulo where Brazilian trucks and GE traction motors were applied.  The remaining 150 examples were all completed in Brazil. 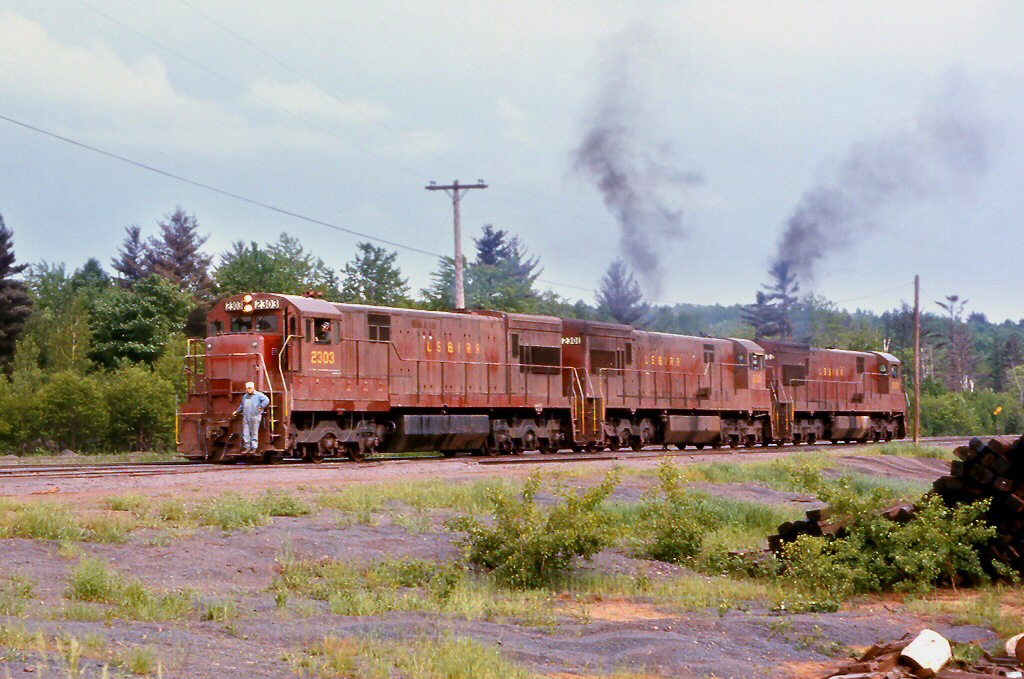 A trio of Lake Superior & Ishpeming's U23C's, all acquired new by the railroad, is switching an ore train at Eagle Mills, Michigan in June of 1976. Rob Kitchen photo.

While the historic LS&I purchased the fewest, it found the locomotives well suited in heavy drag service hauling loads of iron ore through Wisconsin and Michigan's Upper Peninsula.

The company continued to use the six-axle locomotives through the 1990s before finally replacing them with newer motive power.