The U50C was General Electric's successor to its earlier U50 design of 1963.  As Brian Solomon notes in his book, "GE Locomotives," improvements with the 7FDL prime mover enabled the company to offer this high horsepower variant with 12-cylinder power plants in place of the standard 16.

In doing so, the U50C offered lower maintenance costs and better fuel economy.  Nevertheless, it still proved a shaky design and the fleet operated for less than 10 years before retirement.

While the 1960s is often remembered as the great horsepower race between Alco, GE, and EMD there was another ongoing by an individual railroad, Union Pacific.

That decade saw the western carrier experimenting with numerous one-off designs like the C-855, DH-643 (diesel hydraulic), DD35 and DD35A, U50, U50C, gas turbines (GE/Alco products), and the DDA40X.

All of these locomotives offered horsepower ratings of 5,000 or greater (except for the 4,300 horsepower DH-643) as UP sought a locomotive that could reduce operating costs.

Most were essentially two locomotives under a single hood (duel powerplants), and not particularly successful.   There were two exceptions, the gas turbines and EMD's variants (DD35 and DDA40X) which were successful and spent many years in service. 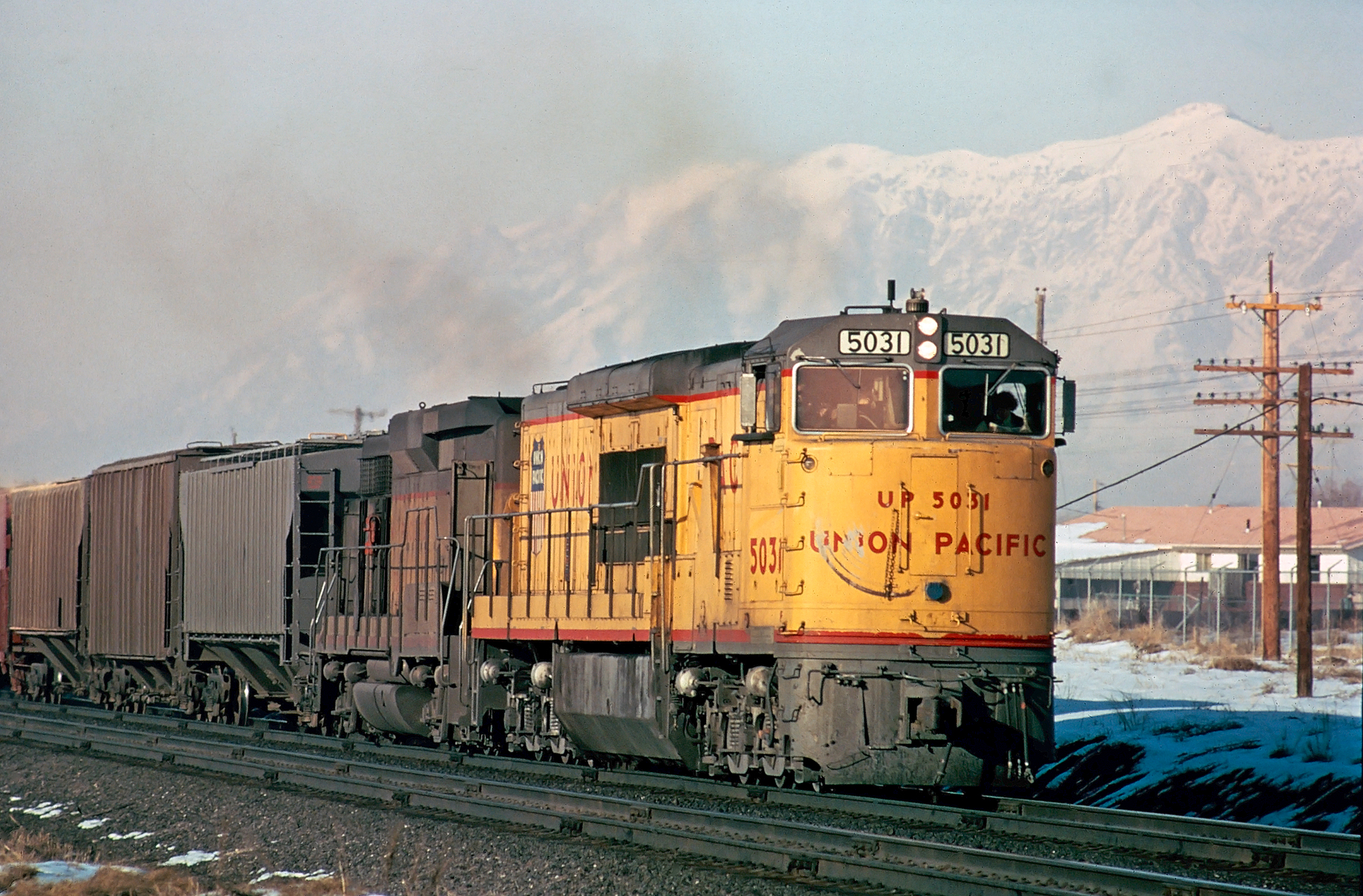 The U50C's use of 12-cylinder engines, and sporting a pair of C-C trucks (requisitioned from aging gas turbines), enabled the locomotive's length to be reduced by 4 1/2 feet over the earlier U50 design.

As Louis Marre notes in his book, "Diesel Locomotives: The First 50 Years," GE engineers completely changed the layout of interior components in the U50C; its radiators were located in the center with the generators near the end.  The U50's, by contrast, were placed in the opposite locations.

The U50C was designed for speed and could operate at 80 mph, slightly faster than most standard line U-boats which were rated at 70 mph. 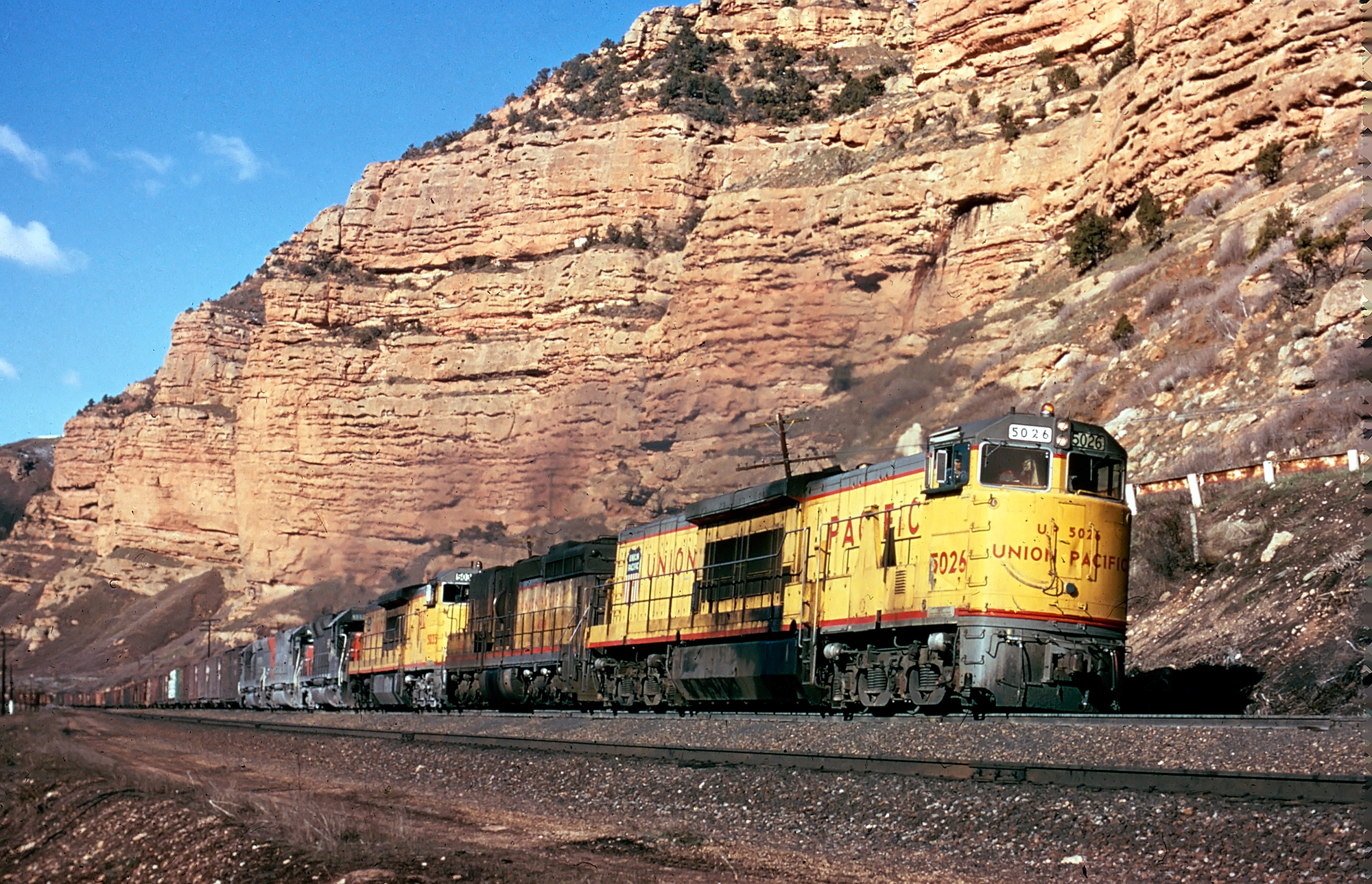 Unfortunately, it did little to remedy the locomotive's other design flaws, most notably the use of aluminum wiring in the electrical system, which easily caught fire.

GE engineers scrambled to correct this problem, which proved so severe that fire to four new units in 1974 caused their near immediate retirement.

The builder looked to potentially have the wiring replaced with copper, a project that would have been outsourced to Morrison-Knudsen.  Unfortunately, this proved too expensive to carry out. 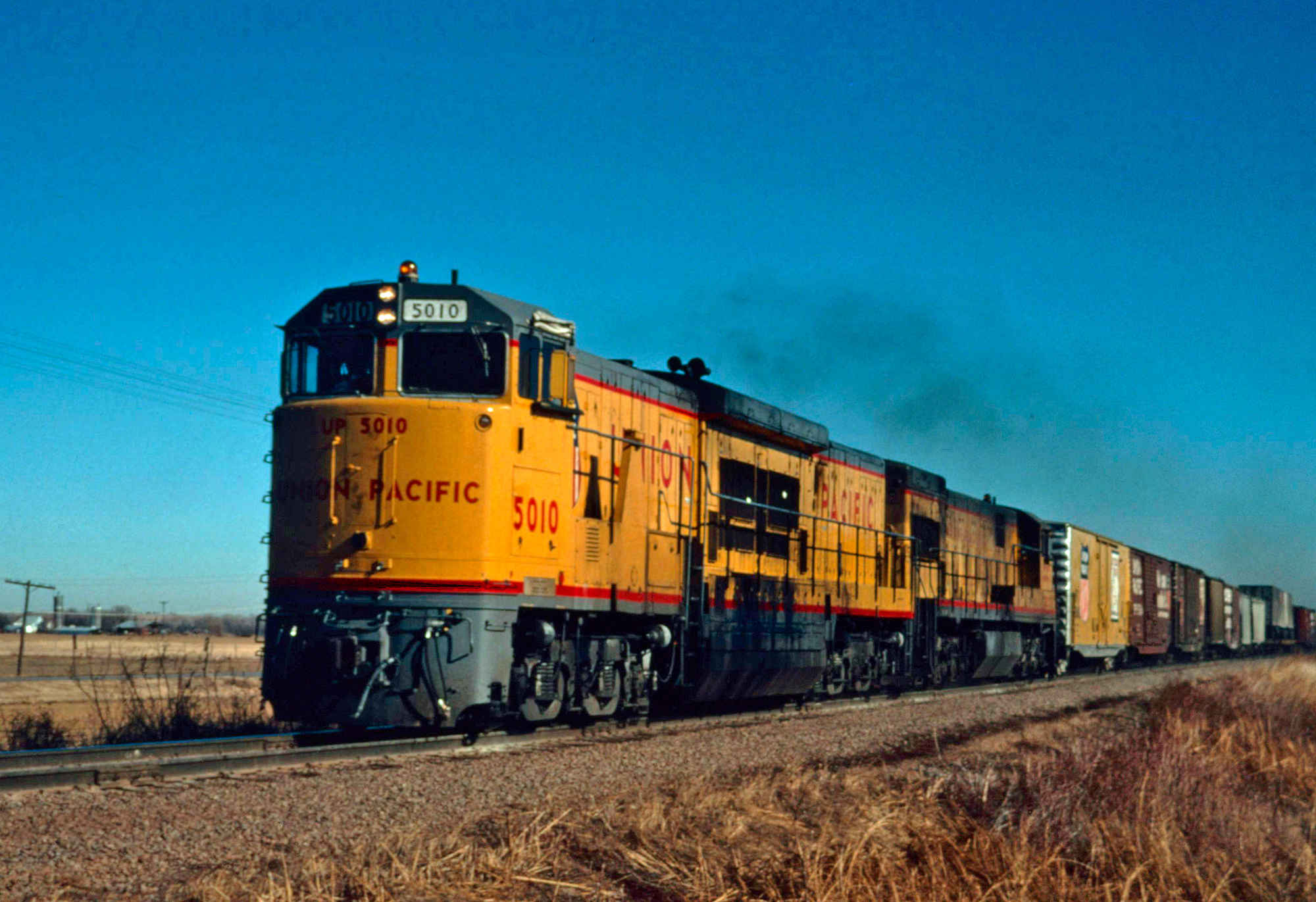 As it turned out, fire wasn't the only major issue; the former GTEL trucks proved insufficient to handle the locomotive's weight, as cracks were later discovered in these frames.  It seems that every conceivable problem was happening with the U50Cs.

Aside from the issues mentioned above the locomotives also suffered from dynamic brake issues, oil pressure problems, and leaking water coolant.

Perhaps Union Pacific regretted ordering such a large batch of these experimental locomotives (40) although likely trusted General Electric's ability to correct the issues.

* The gear ratio could not be verified among the available sources in my collection.  The ratio listed may not be correct.  The locomotives were rated at 80 mph running according to Mr. McDonnell's book. 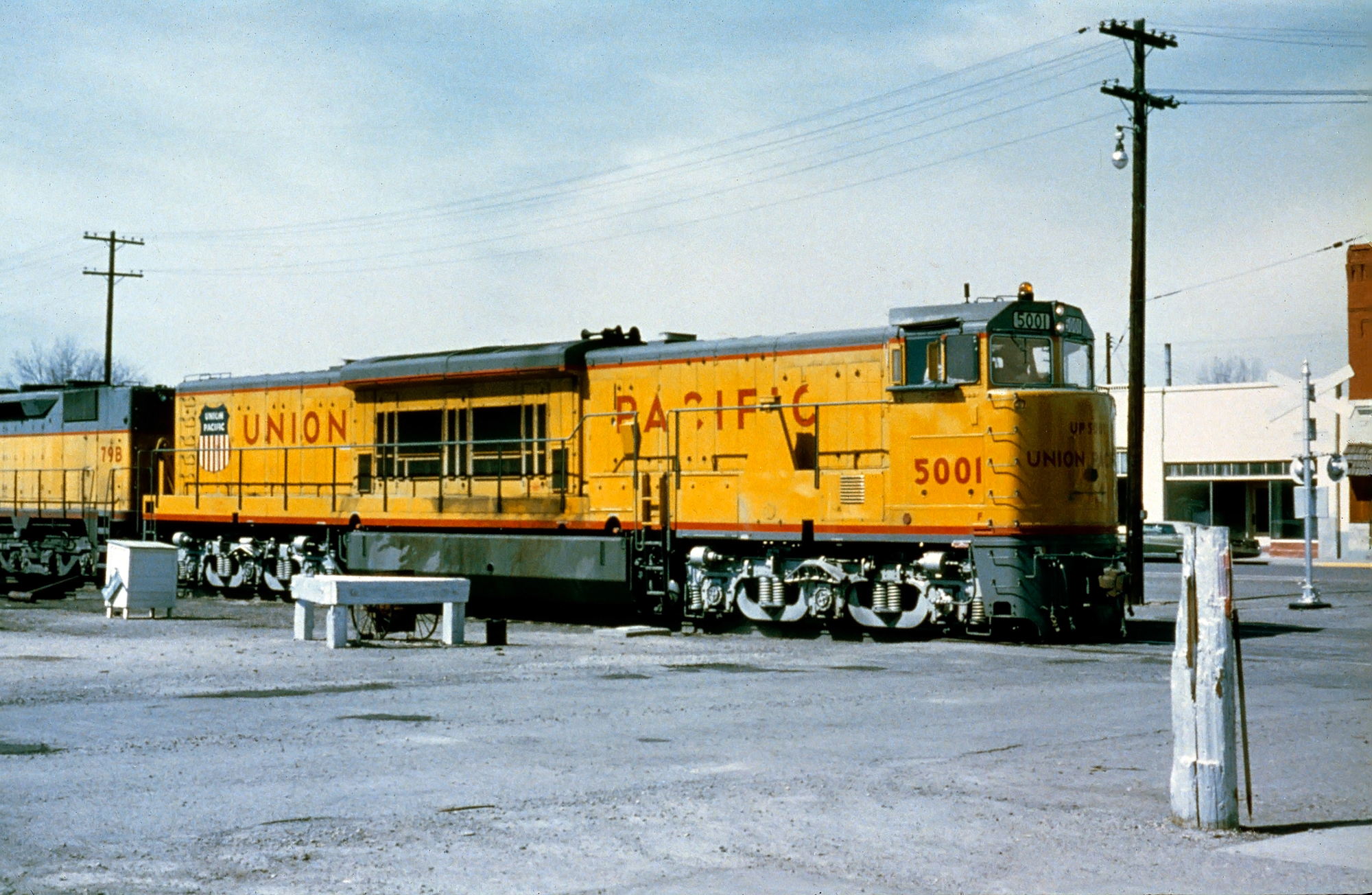 While its Universal line did have its issues, and GE had yet to reach EMD's level of ruggedness or efficiency, the company backed all of its product with warranties and field work.

Despite the many setbacks, these unique U-boats they were an interesting footnote in the high horsepower race of the 1960's.  Alas, none were preserved.