The SD38 series included the original model and later variants including the SD38AC, SD38-2, SD39, and SDL39. The models utilized General Motors' latest prime mover at the time, the model 645, but overall proved to be relatively unsuccessful. Between the SD38 and its variants, including those built for foreign systems, just a little more than 200 examples were manufactured.

However, they were ruggedly built locomotives meant for use in heavy-haul, drag service and many units remain in regular freight service for years.

None are currently known to be preserved with a museum or in operation on an excursion train. However, several remain in operation with both large and small railroads, from Class Is to shortlines. 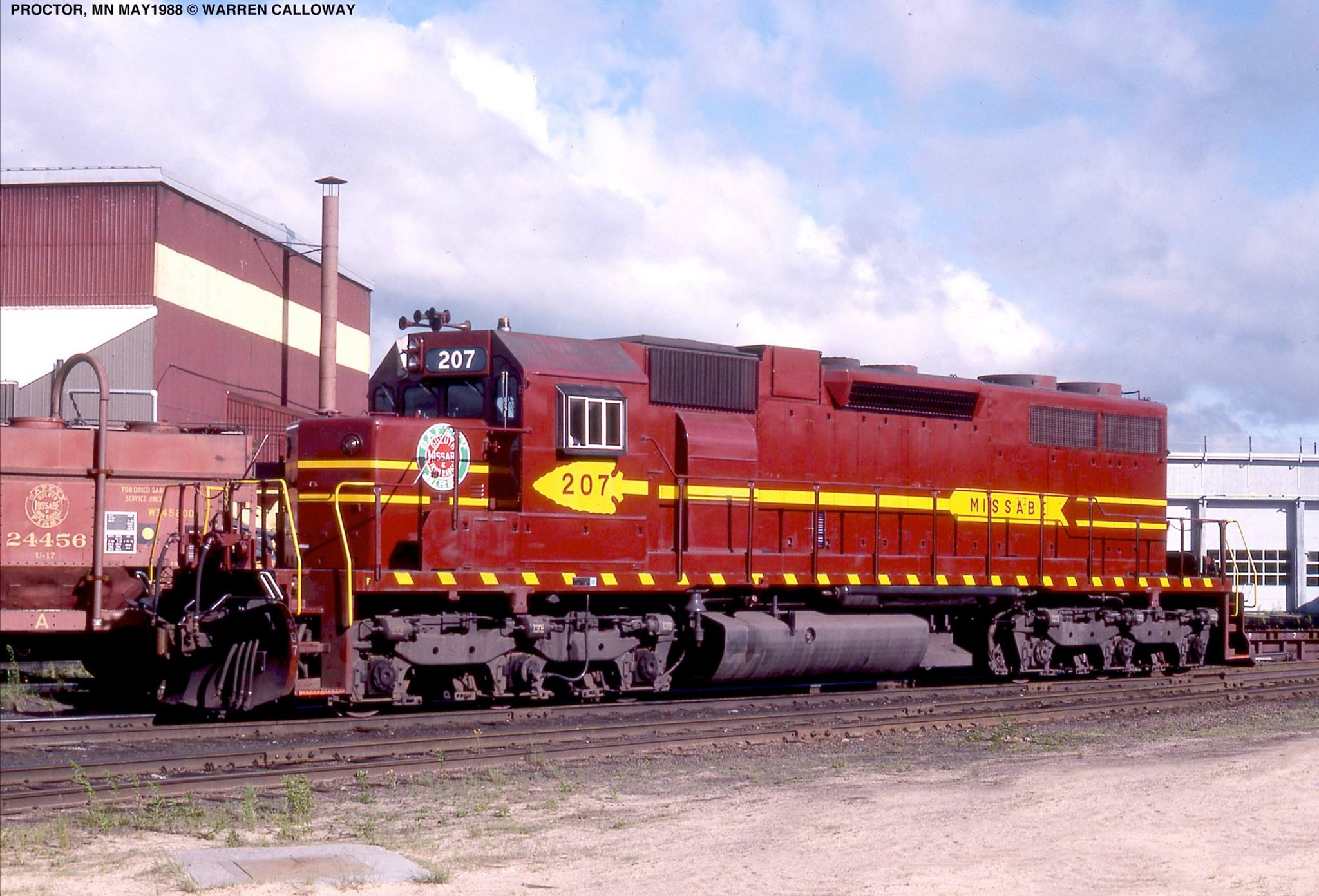 The SD38 began production in the spring of 1967, the first six-axle model to feature GM's 16-cylinder model 645E3 prime mover.

A somewhat lightly powered C-C design, the SD38 was rated at only 2,000 horsepower but could produce a continuous tractive effort rating of over 82,000 pounds (and 90,000 starting) using GM's D77 traction motors.

This made the locomotive ideal for heavy drag service, particularly in the movement of commodities such as coal and ore.

The SD38 was built through the fall of 1971 with only seven railroads purchasing the model, mostly smaller lines or industrial operations (the Penn Central bought the most, 35, numbered 6925-6959).

However, in 1972 EMD released a variant, the SD38-2 which mostly included upgraded components and the latest computer systems to make the locomotive more efficient (known as the "Dash 2" line the builder  cataloged several models in the series the most popular of which was the SD40-2). 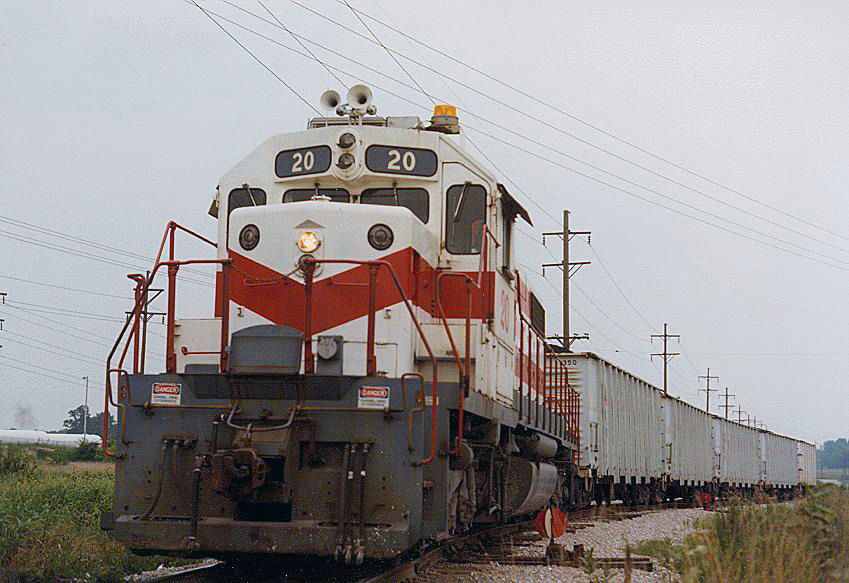 The Yankeetown Dock Corporation acquired a few SD38-2's to handle coal tonnage. Here, #20 readies to take empties back to the mines at Yankeetown, Indiana on July 26, 1980. Doug Kroll photo.

The model looked almost identical to the SD40-2 with its long front and aft "porches" which gave the locomotive a length of over 68-feet, three feet longer than the SD38. 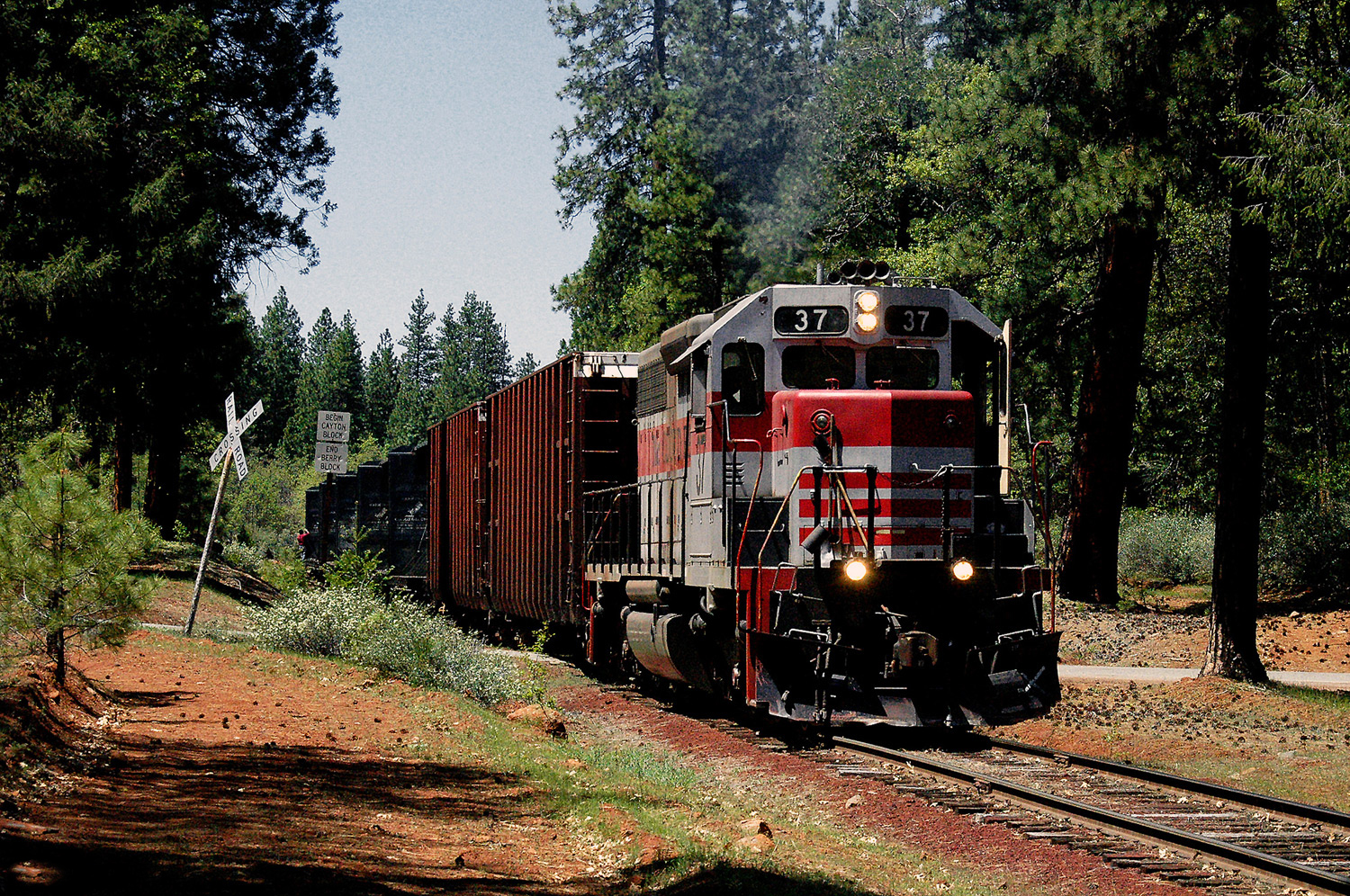 McCloud River Railroad SD38 #37 switches customers at Cayton, California on May 11, 2006. This was one of the three the road purchased in 1969. The historic short line has since closed. Drew Jacksich photo.

Additionally, another seven sold to foreign operations including two to Jari Railway of Brazil and five to Orinoco Mining. Two other variants of the model was the SDP38 and SD38M.

And finally, there was the SD38AC. This locomotive was all but identical to the original except for its AR10 alternator in replace of the standard General Motors model D32 generator allowing the locomotive to produce more tractive effort. Just 15 of these units were sold; six to the B&LE, eight to the Missabe, and one to BC Hydro.

Today, you can still find SD38 and variants in operation on railroads such as the Reading & Northern, Norfolk Southern, B&LE/Canadian National, EJ&E/CN, Western Rail, Iowa Interstate, and CSX Transportation.