The U33C was one of General Electric's most powerful six-motored road-switchers, and one of the last cataloged before moving on to the more technologically advanced "Dash 7" line.

Once GE had proven its worth with the U30C, a model that sold  more than 600 examples, the company's sales began to take off.

This was particularly true with the "Dash 7" line, a continuation of the U-boat series sporting upgraded electronics and other features.

For the Class I's that acquired U33C's, many remained in use through the early 1990's.  However, over time the units were slowly phased out in favor of newer "Dash 7" and "Dash 8" variants.

The model sold relatively well for GE with some 375 units out-shopped by the time production ended in 1975.  Southern Pacific purchased the most, taking possession of 212 units between 1969 and 1975 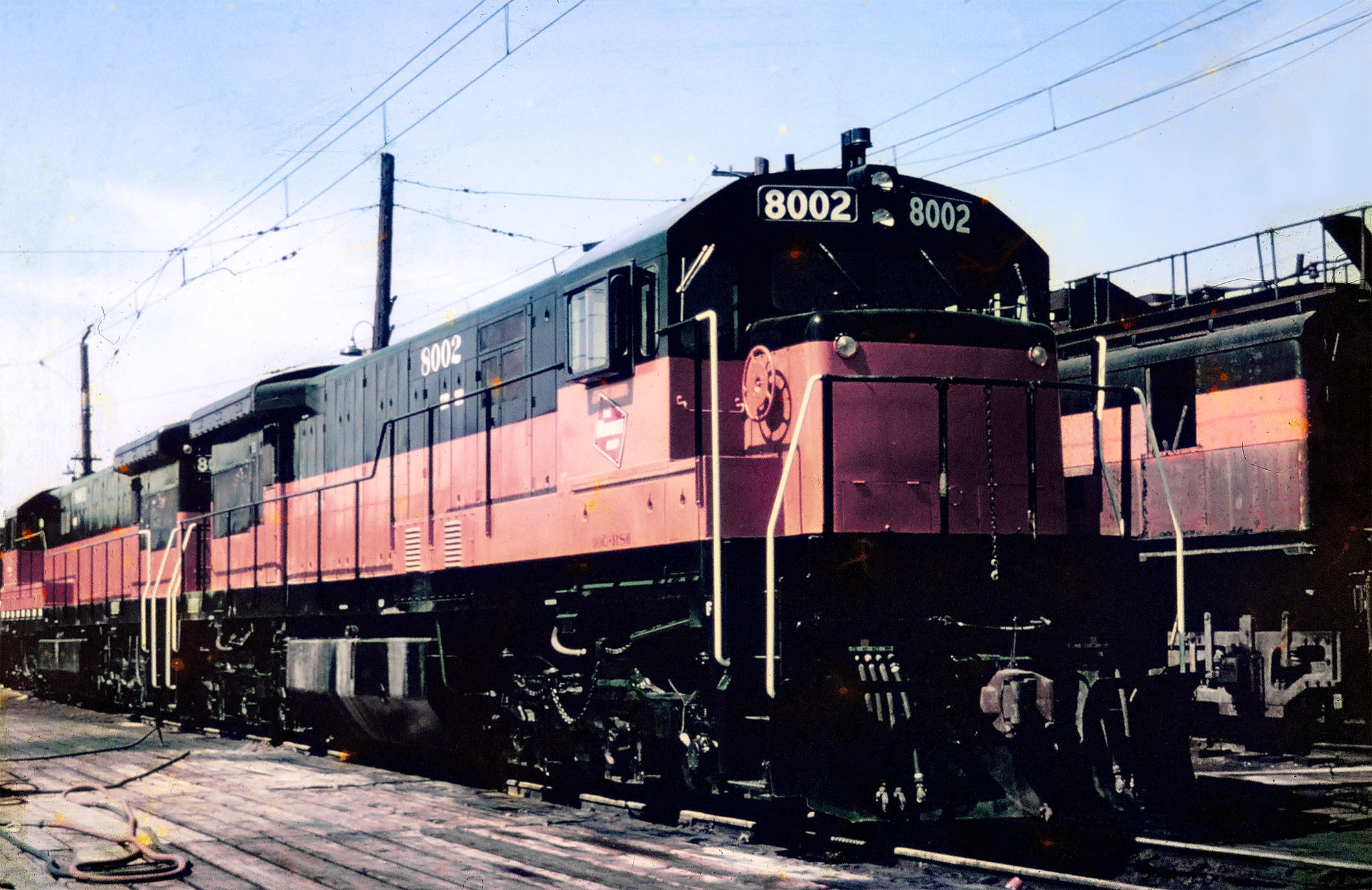 Milwaukee Road U33C #8002, and a mate, layover at the Tideflats Yard in Tacoma, Washington in July, 1968. Note the boxcabs on the next track over. These U-boats were the first in the U33C production run and had been delivered earlier that year. Fred Byerly photo. American-Rails.com collection.

These units had been ordered as U30C's but were upgraded to U33C specs during the course of production.  While the late-era Milwaukee acquired many GE products, these four were the only U33C variants it rostered.

The model continued to utilize GE's standard 4-cycle, 7FDL16 prime mover.  Aside from a slight bump in horsepower, and the rear flared radiator, the U33C was otherwise identical to the U30C. 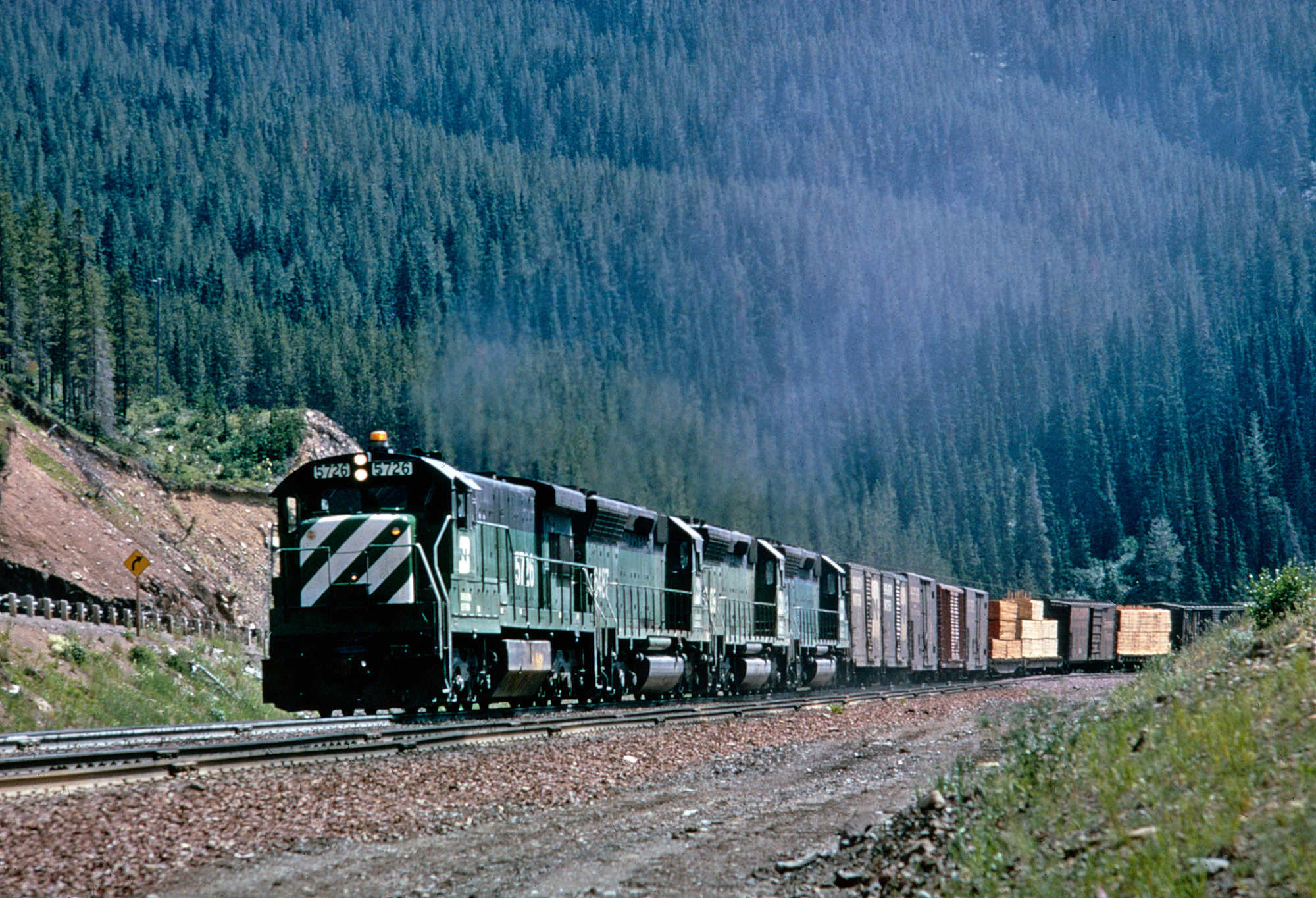 Burlington Northern U33C #5726 and a trio of SD45's appear to be on the Oregon Trunk Line during the 1970s. American-Rails.com collection.

While sales for the U33C were not as strong as that of its earlier counterpart it did sell to 11 different Class I's and a private company (S.J. Groves & Sons).  The roads to purchase the model included:

Some lines like the Milwaukee and Santa Fe had become regular buyers of GE products by the 1970s.  From a historical perspective, GE's decision to sell its own road-switchers, and their ultimate success, put Alco out of business.

The revered company, which had been in business since 1901 (and with successors that dated back to the industry's earliest days), closed its plant in Schenectady, New York in early 1969.

* Ordered as U30C's but upgraded to U33C specs during production.

** Equipped with a high, short hood. 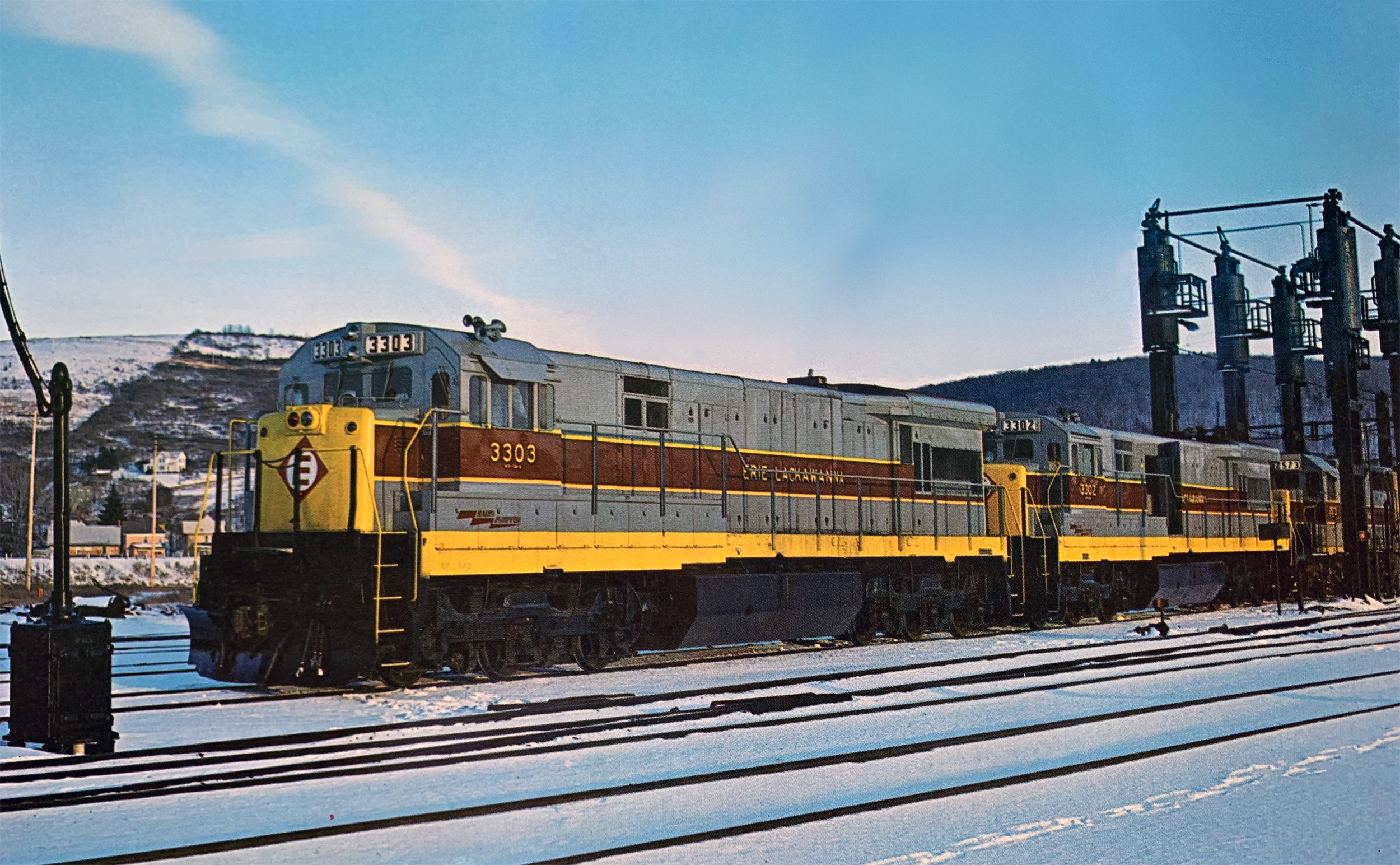 Erie Lackawanna U33C's, seen here after being returned from the Delaware & Hudson, are once more wearing their EL livery at Hornell, New York on January 15, 1976. Carl Sturner photo. American-Rails.com collection.

The Universal line is often considered a success from a macro view as General Electric refined its product and, in doing so, sold continually more locomotives.

However, operating and maintenance crews generally disliked the U-boat, complaining of their rough ride and suffering reliability issues by comparison to similar EMD products.

However, General Electric, which already offered a reliable and rugged traction motor (the 752), corrected these issues over time.

Unfortunately, with such a high turnover trade-in program as GE continually improved its product, no U33C's were preserved.