In many ways, the U30B was a milestone locomotive, allowing General Electric to finally offer a 3,000 horsepower road-switcher under a single hood.

During the horsepower race of the 1960's, all three builders worked towards, and finally achieved, a 3,000 horsepower variant.

GE locomotives continued to grow in popularity thanks to the builder's dedication to its product.  However, most crews never liked the U-boat, complaining of their rough ride and reliability.

The U30B featured a number of upgrades during its production run, a trait that continued throughout the Universal line and into the later "Dash 7" line.

Today, there are at least two U30Bs preserved; Burlington Northern #5789 at the Orrville Railroad Heritage Society in Ohio and Western Pacific #751 at the Western Pacific Railroad Museum in Portola, California. 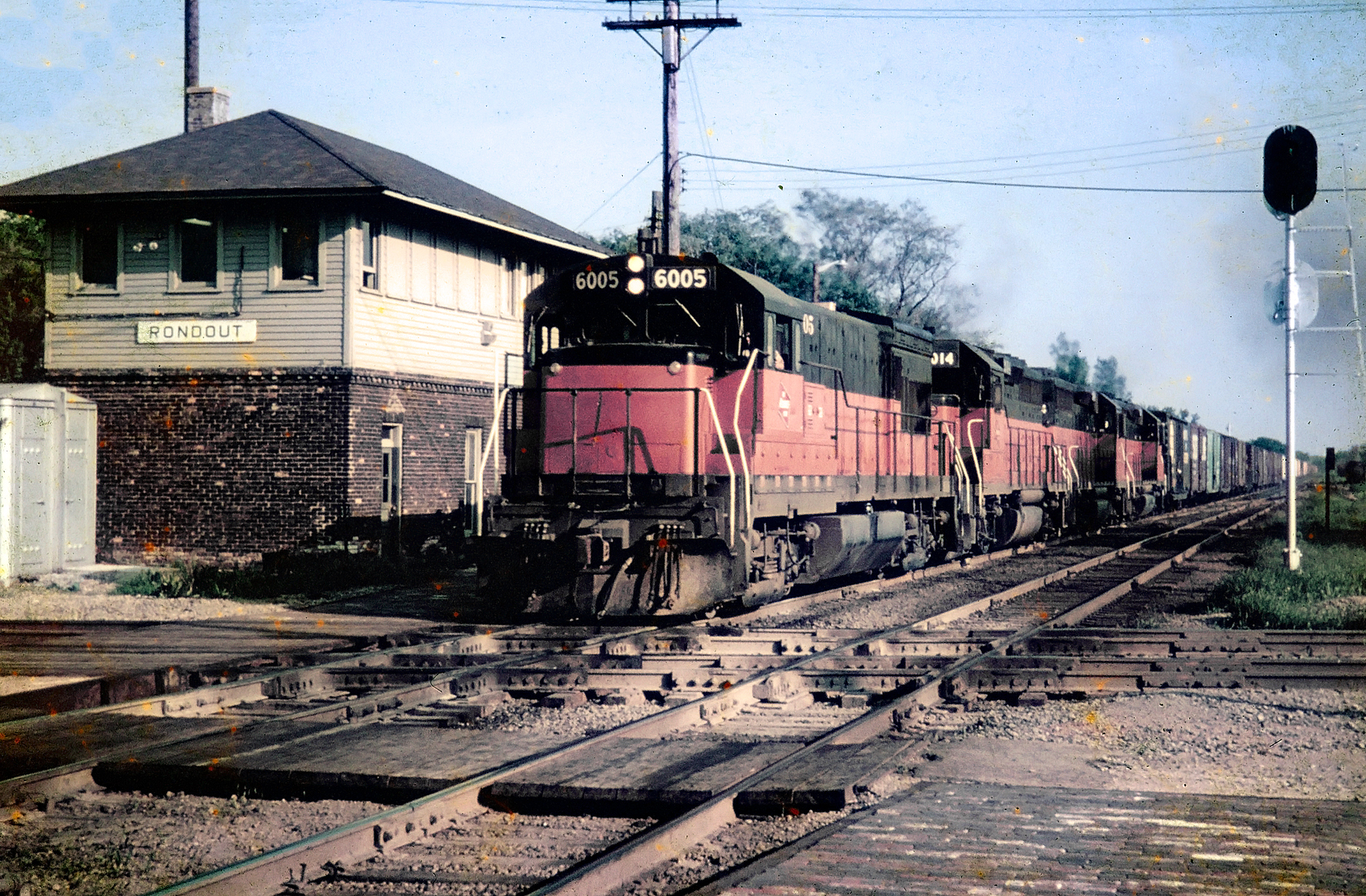 The U30B began production in May, 1966.  General Electric's introduction of its 3,000 horsepower road-switcher was largely without fanfare.

As Greg McDonnell notes in his book "U-boats," demonstrators #301-304 rolled out of Erie, Pennsylvania quietly that spring and began testing on the New York Central.

There were almost no noteworthy features on the locomotives to distinguish them from any other U-boat; they were adorned in a solid black scheme with a small GE logo under the cab window. 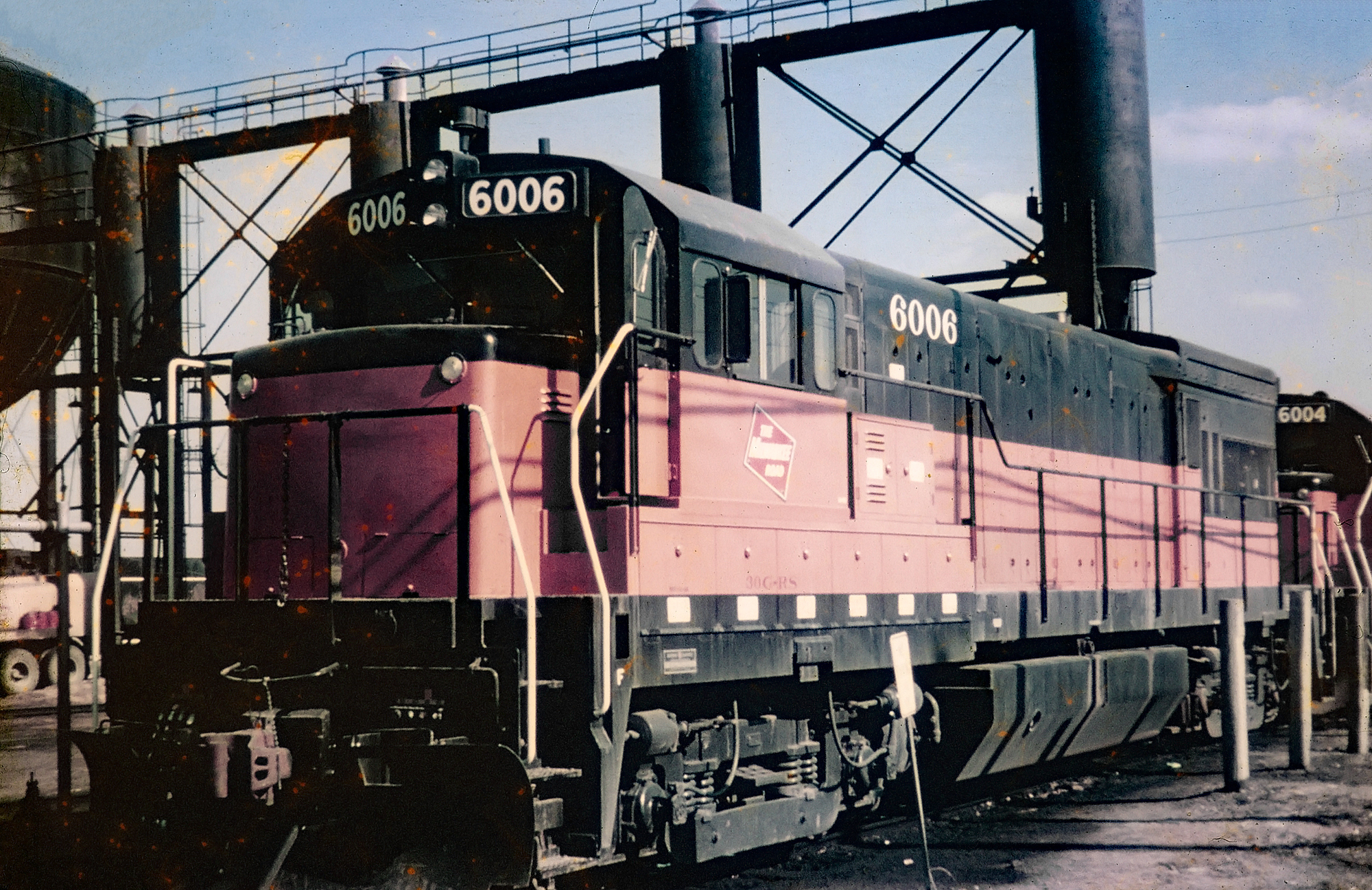 Milwaukee Road U30B's #6006 and #6004 are serviced at the engine terminal in Bensenville, Illinois in April, 1968. Fred Byerly photo. American-Rails.com collection.

The U30B also represented General Electric's efforts to play catchup as Alco and Electro-Motive had already released their own 3,000 horsepower units.

In his book, "GE Locomotives," Brian Solomon notes how GE was able to finally achieve a stand-alone 3,000 horsepower road-switcher; the AC-DC transmission system. The company's 7FDL16 prime mover was already capable of producing the needed horsepower.  The problem was in transferring this power to the traction motors and axles where it could be utilized. 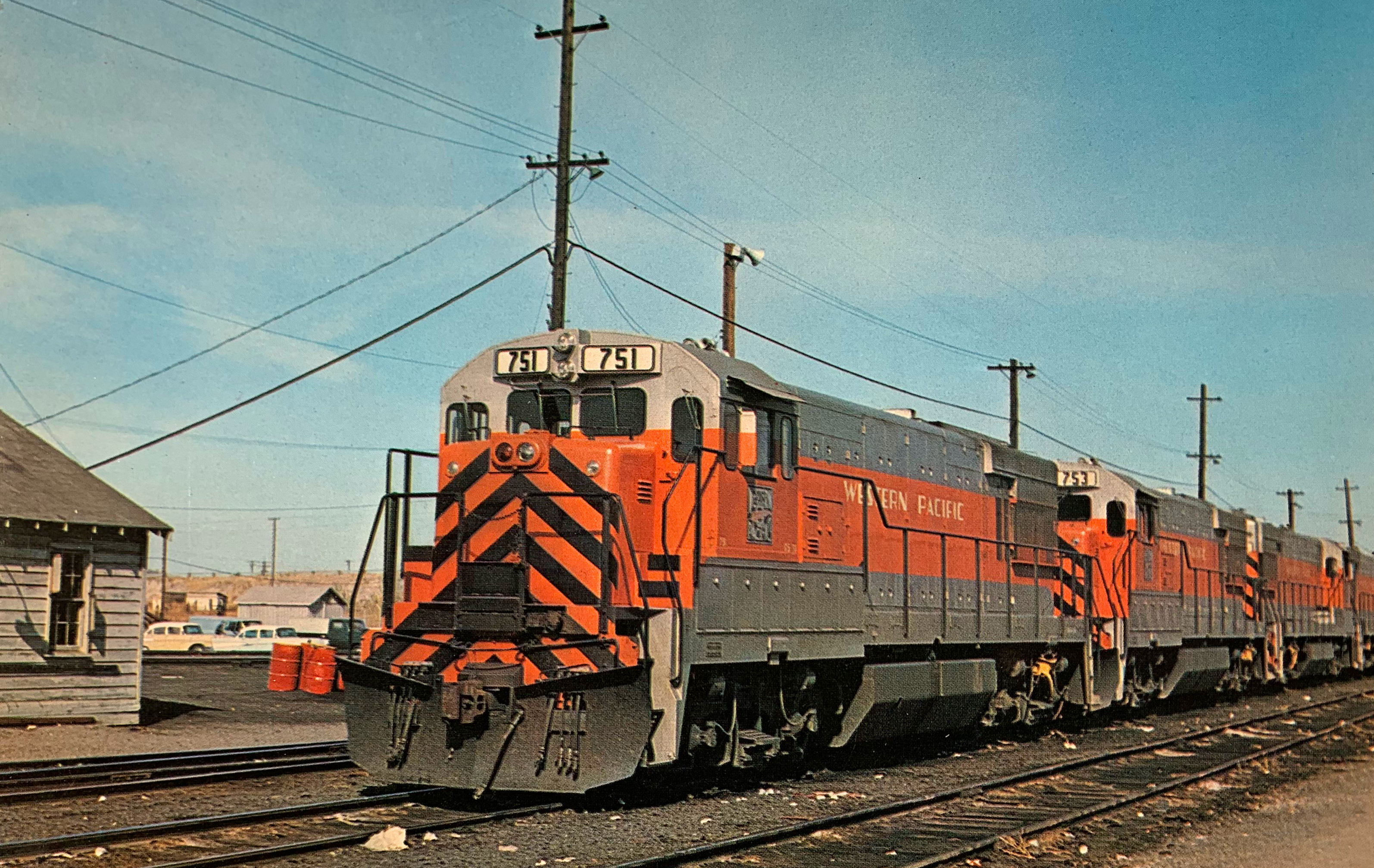 Solomon notes: "The new system used an alternator rather than a generator and employed silicon diodes to rectify alternating current to the direct current needed by traction motors.

For General Electric the soft sales of the four-axle U30B, and particularly with the two latter models (the U33B and U36B), was a sign that B-B main line locomotives were losing demand within the industry.

Understanding this, General Electric instead began to focus more heavily on six-axle designs by the early 1970s.

Its late model C-Cs like the U30C, U33C, and U36C sold quite well for the company as more than 1,000 were produced. It was just a start but soon EMD would have serious competition by the early 1980s.

During the course of production the U30B enjoyed several improvements, most notably the rear radiator whereby GE began "flaring" the compartment a few inches wider than the carbody.

This became a notable trait of GE locomotives that carries on today under GE successor Wabtec Freight.  The U30B was also the first too feature GE's new "XR Series" of 1972, which stood for Extra Reliability.

The series featured more than 50 upgrades to the U-boat line such as improved wiring, insulation, wheel slip controls, and more.  There were even a few locomotives to sport a special "XR" livery including Louisville & Nashville U30C #1409 and St. Louis-San Francisco U30B #846.