The U36C was the most powerful standard line, six-axle Universal model General Electric produced.  While the U50 and U50C were, indeed, higher horsepower variants these were one-off designs built almost exclusively for Union Pacific.

As Greg McDonnell notes in his book, "U-boats," for all of the groundbreaking success GE enjoyed with its Universal series, it missed the mark on the 3,600 horsepower, six-motored market.

Electro-Motive had won the horsepower race in this arena when it unveiled the SD45 in 1965.  Numerous railroads purchased the 20-cylinder behemoth and EMD ultimately sold more than 1,200 examples.

General Electric's U36C was late to the game and did not enter production until October, 1971 when Clinchfield #3600 rolled out of the shop in Erie, Pennsylvania.

By then, interest was waning for such high horsepower designs (but would return in the 1980s).  The U36C went on to sell just 218 examples to six different railroads in the U.S. and Mexico.  This number was fewer than either its U30C or U33C. 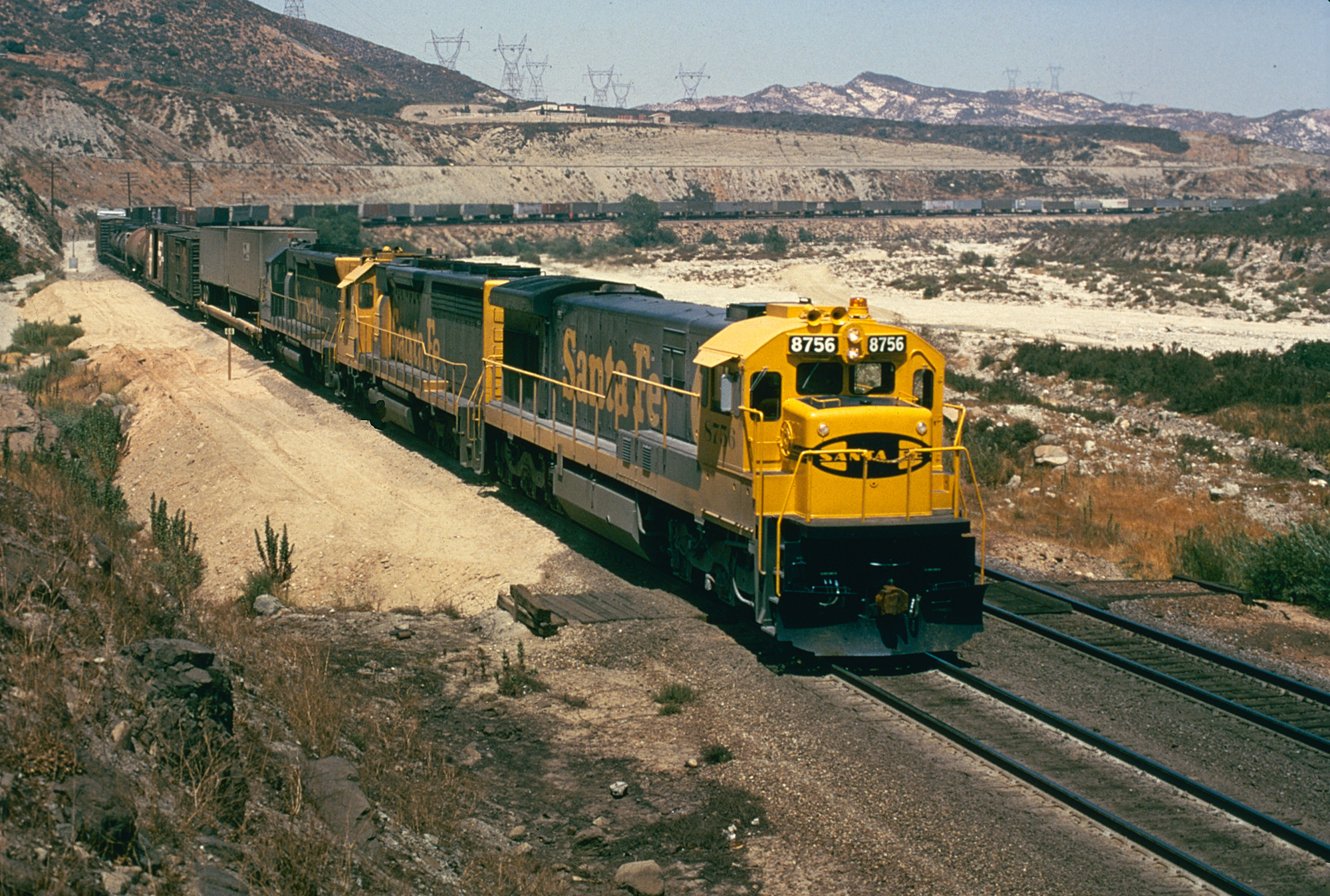 Like most of GE's U-boat line, the U36C was simply a continuation of an earlier variant that provided greater horsepower.

The builder generally gave little fanfare to its latest models and the first U36C which rolled out of Erie, Clinchfield #3600, was given similar treatment.

Why GE waited six years to release a road-switcher comparable to the SD45 is unknown but the long delay hurt the U36C's potential sales.

For EMD, the company was at its height and had been the unchallenged industry leader since its first road freight diesel, the FT, hit the market in 1939.

As a result, the builder was often a trendsetter, and when it wasn't, it quickly overtook the competition (as with the road-switcher concept, originally introduced by Alco). 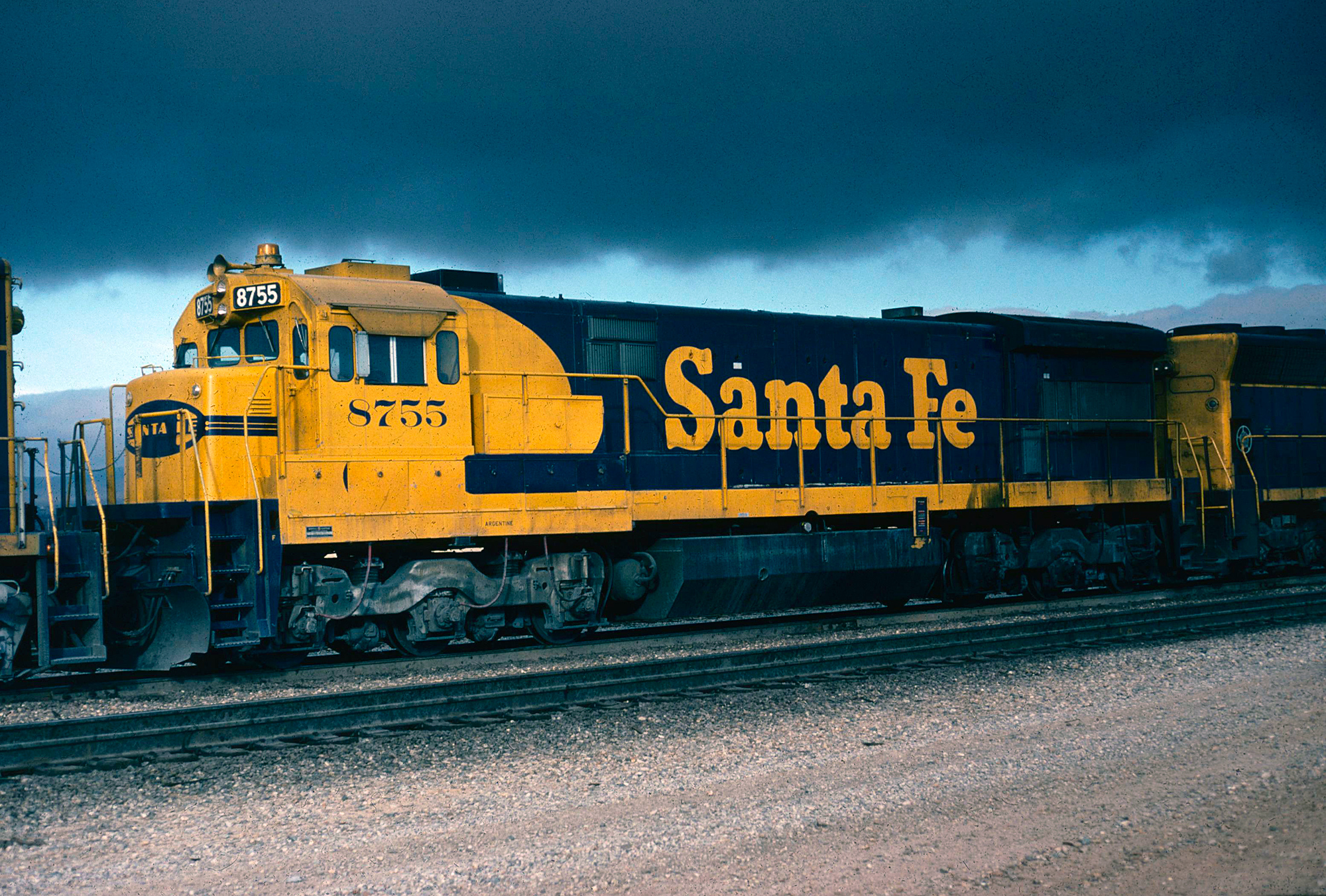 Santa Fe U36C #8755 in service on an eastbound freight at Mojave, California on February 15, 1976. American-Rails.com collection.

Additionally, it relied too heavily on outside companies for internal parts and components (notably General Electric).

Interestingly, the last two surviving American manufacturers by 1969 (EMD and GE) were the only two companies that produced their own internal electrical equipment and traction motors.

Westinghouse, lauded for the quality of its traction motors, could have continued under subsidiary Baldwin-Lima-Hamilton but elected to exit the market in 1956 to focus on other endeavors. 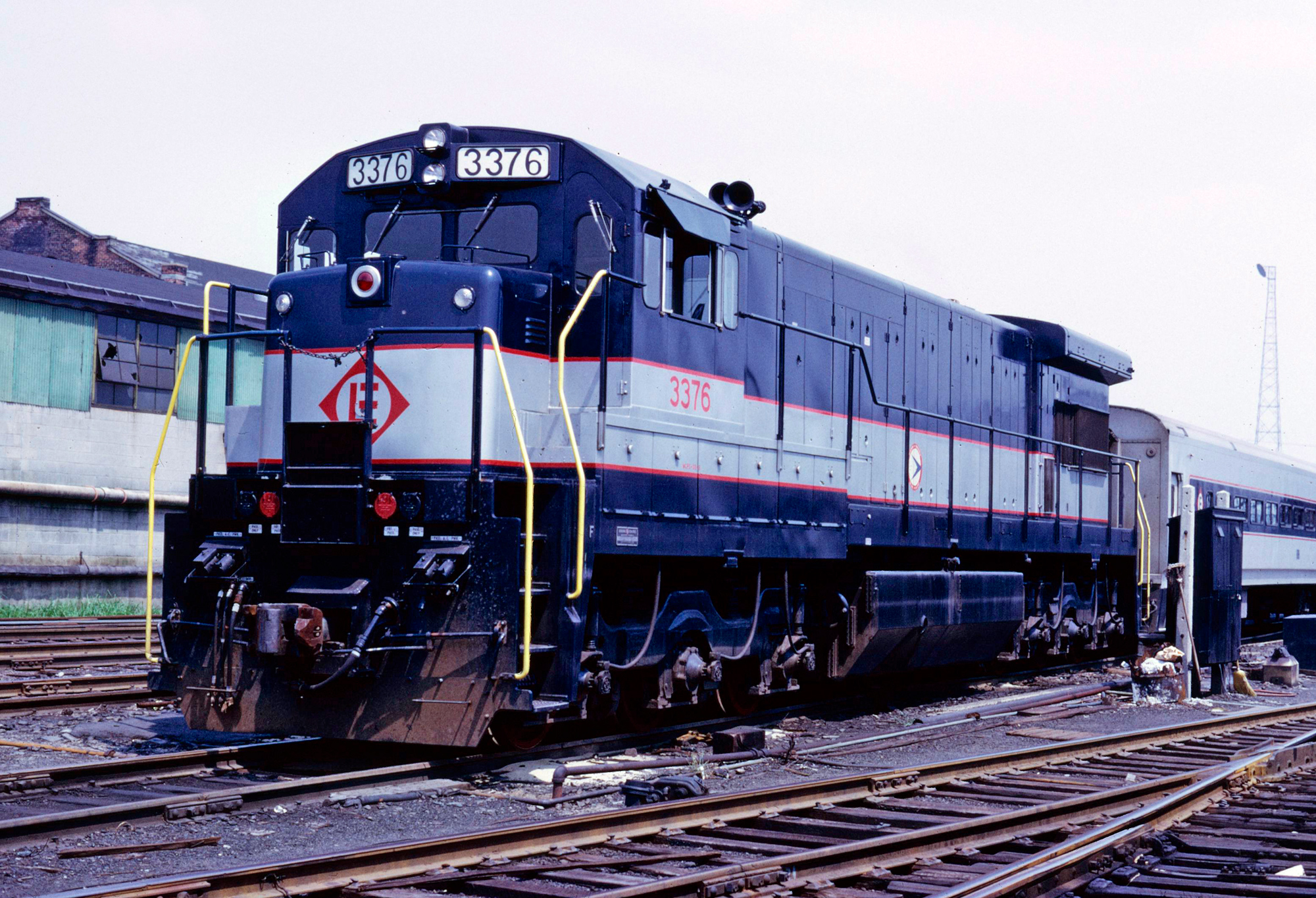 There were also two notable variants of the U36C, including the U36CG and U34CH.  The former,  a continuation of GE's passenger line was equipped with a steam generator and ultimately purchased only by Mexican carrier Ferrocarriles Nacionales de México (NdeM).

In addition, there was a HEP version (electrical head-end power) known as the U34CH, requested by Erie Lackawanna/New Jersey Department of Transportation for commuter service.

The model was, internally, identical to the U36C except with the addition of a HEP alternator in place of a traditional steam generator.

This alternator, which supplied electricity, heating, and cooling to the passenger cars pulled power from the prime mover to operate.  As a result, the locomotive typically had (depending on demands) 3,430 horsepower available to the traction motors.

* Rebuilt from former Southern Pacific U33C #8718 in February, 1986.  The unit was on lease to NdeM at the time and ultimately was acquired by the Mexican road. 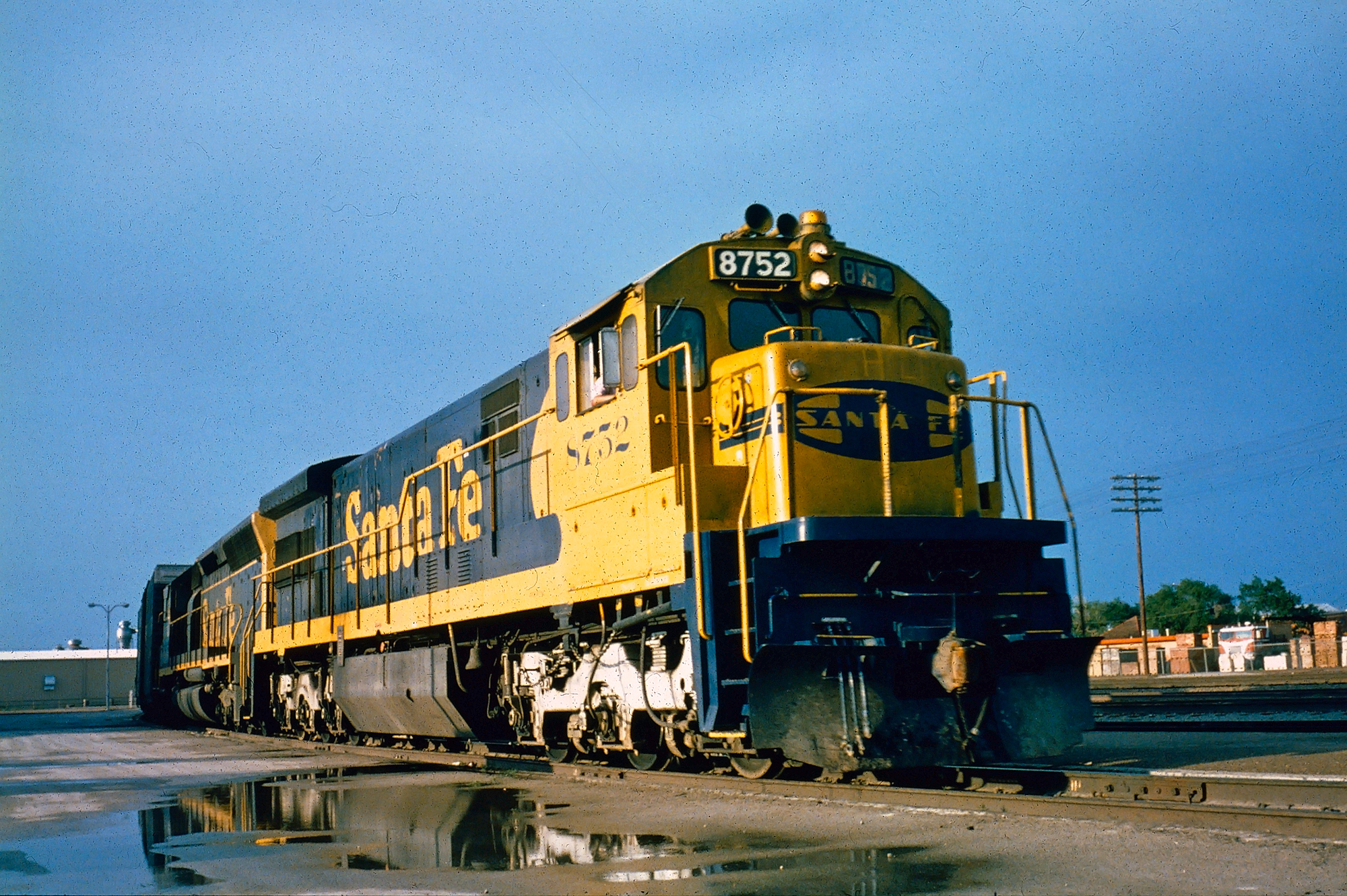 Santa Fe U36C #8752 and an SD45 in service at Amarillo, Texas during the late 1970s. Mike Bledsoe photo. American-Rails.com collection.

Four different American Class I railroads would buy the U36C and interestingly, even though Santa Fe had trouble with earlier Universal models it purchased the most U36Cs, 100.

In the mid-1990s there were still a handful of U36Cs operating in active revenue service on various short lines.

Of note, one EL/NJDOT U34CH does survive, #3372 preserved at the United Railroad Historical Society in its original paint and number.