The B23-7 was General Electric's first four-axle model of its new "Dash 7" line, which featured upgraded equipment and electronics.

As Brian Solomon notes in his book, "GE Locomotives," the B23-7 followed the earlier Universal line, GE's initial entry into the locomotive market as an independent manufacturer.

The B23-7 continued this success and sold 545 units by the time production had ended in December, 1984.  While EMD's SD40-2 line was unmatched during the 1970s, the "Dash 7" line would eventually help unseat Electro-Motive as the industry's top builder.

Today, you can still find the locomotive in active revenue service on smaller lines around the country, many of which have been rebuilt and upgraded over the years. Today, there is currently one known B23-7 preserved; Conrail #1943 found at the Conway Scenic Railway. 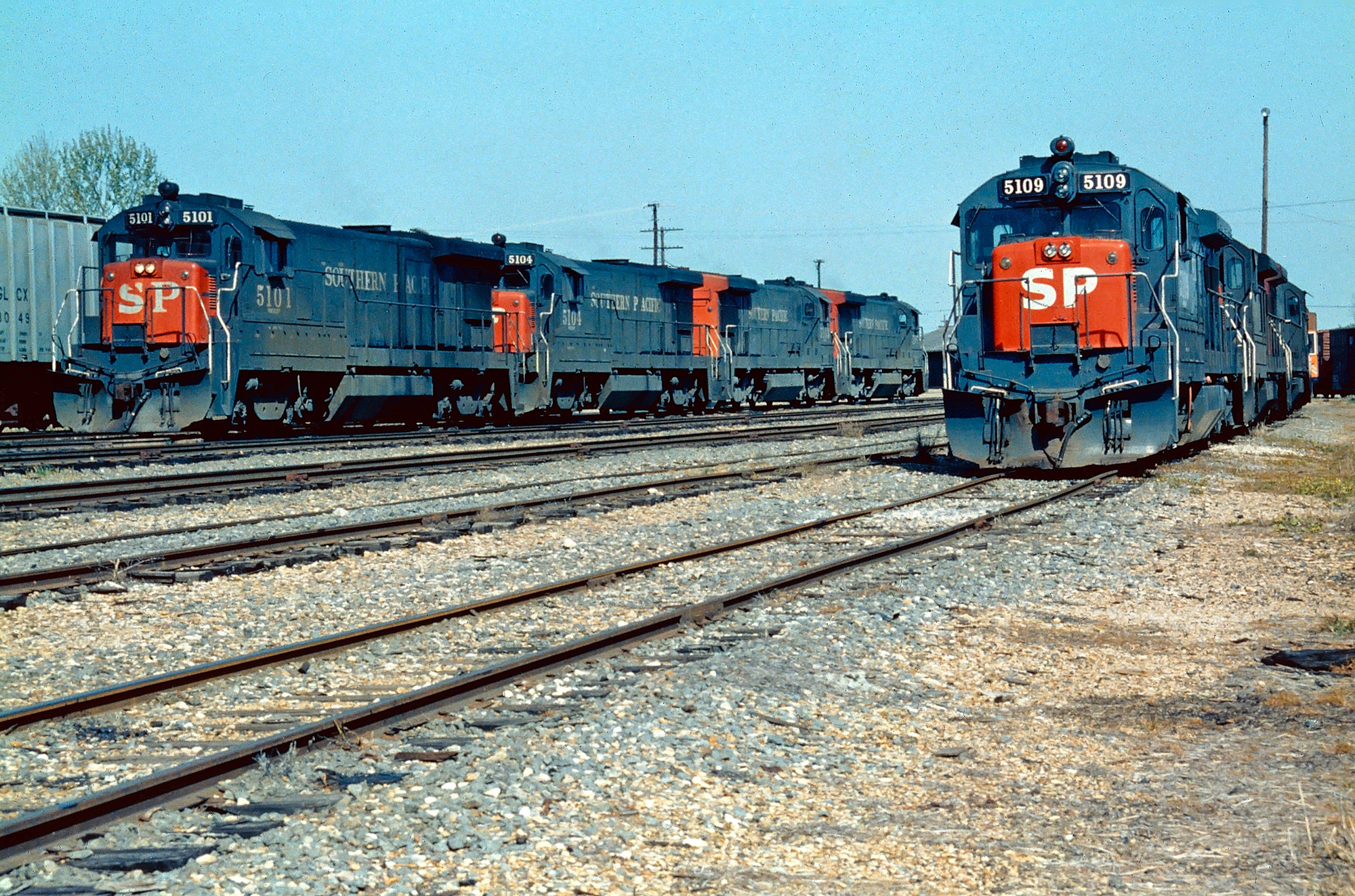 The B23-7 was quite similar to its earlier cousin, the U23B.  As Greg McDonnell notes in his book, "Locomotives: The Modern Diesel & Electric Reference, Second Edition," its notable external differences was:

Other improvements not noticeable were largely internal and included:

The introduction of the "Dash 7" line brought with it new model designations and meanings behind the numbers and letters.  In regards to the B23-7: 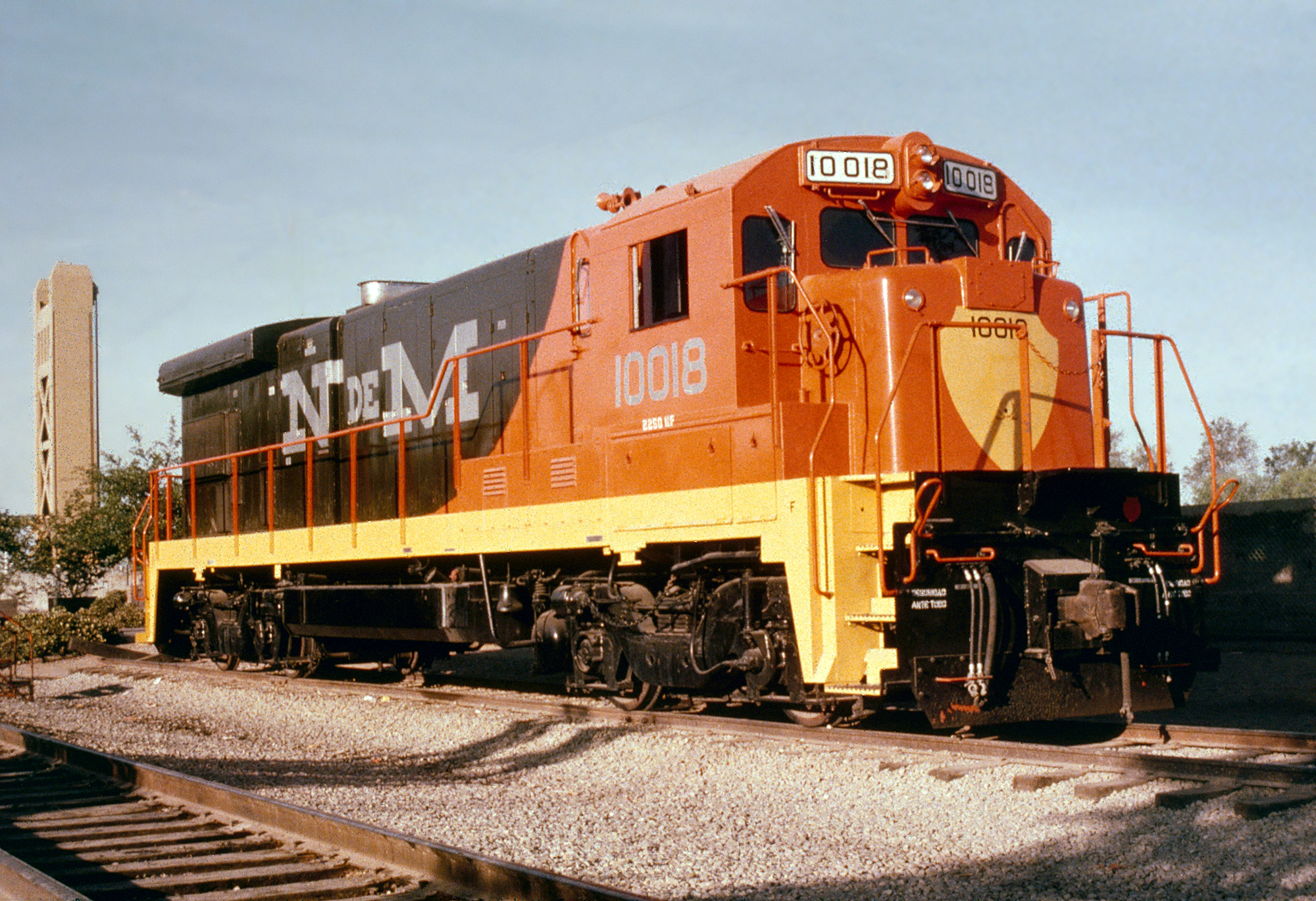 Ferrocarriles Nacionales de México (NdeM) B23-7 #10018 on display at Railfair '81 in Sacramento, California on May 5, 1981. American-Rails.com collection. 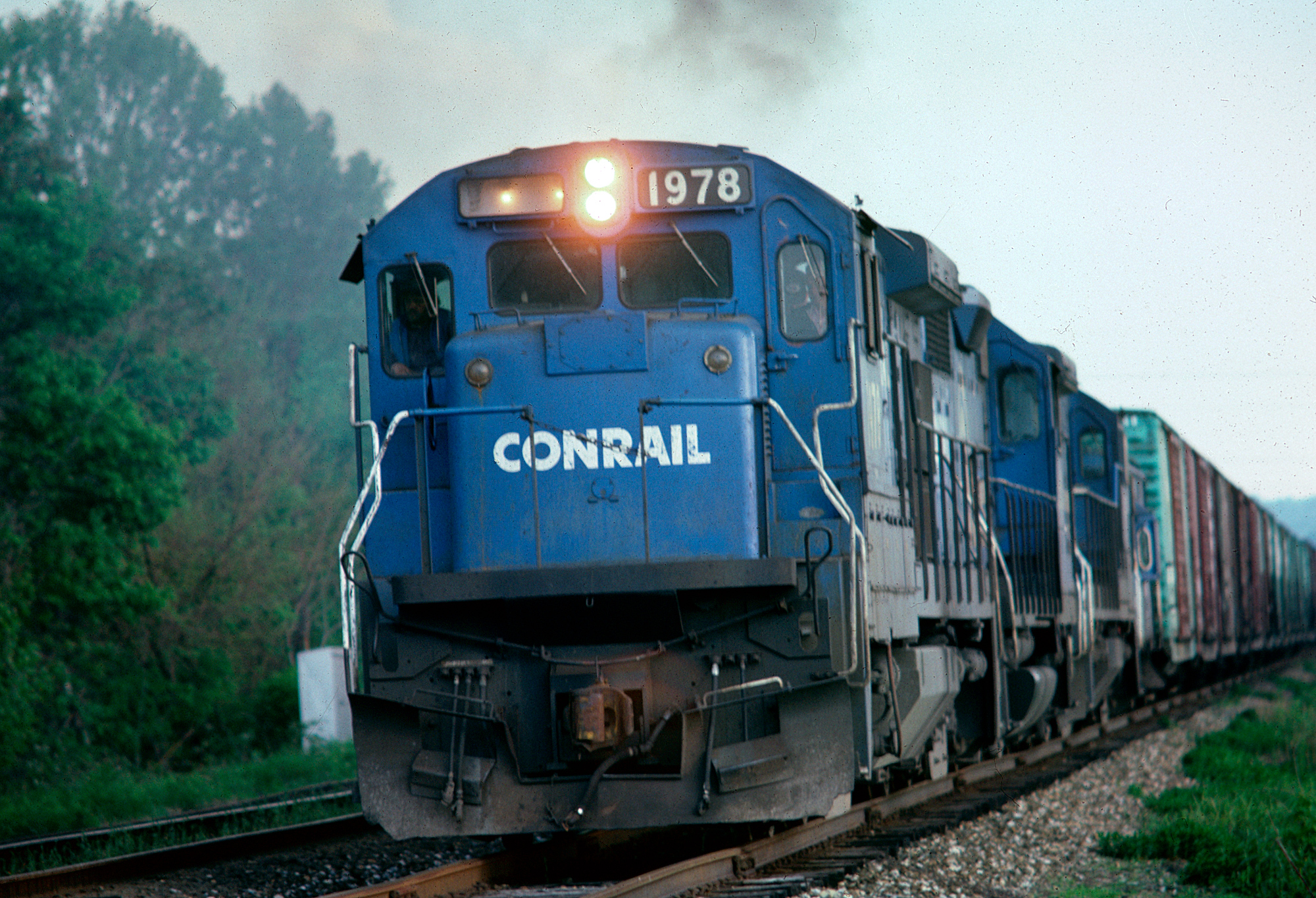 Conrail B23-7 #1978, missing a number board, leads a string of boxcars in Ohio during May of 1982. American-Rails.com collection.

Of note is another 10 purchased by the Seaboard Coast Line known as the BQ23-7. The "Q" designated "Quarters" and the model was identical to the B23-7 save for the larger cab.

Basically an experimental design, the SCL was attempting to save money by removing the caboose from the end of the train and placing the entire crew in the lead locomotive. 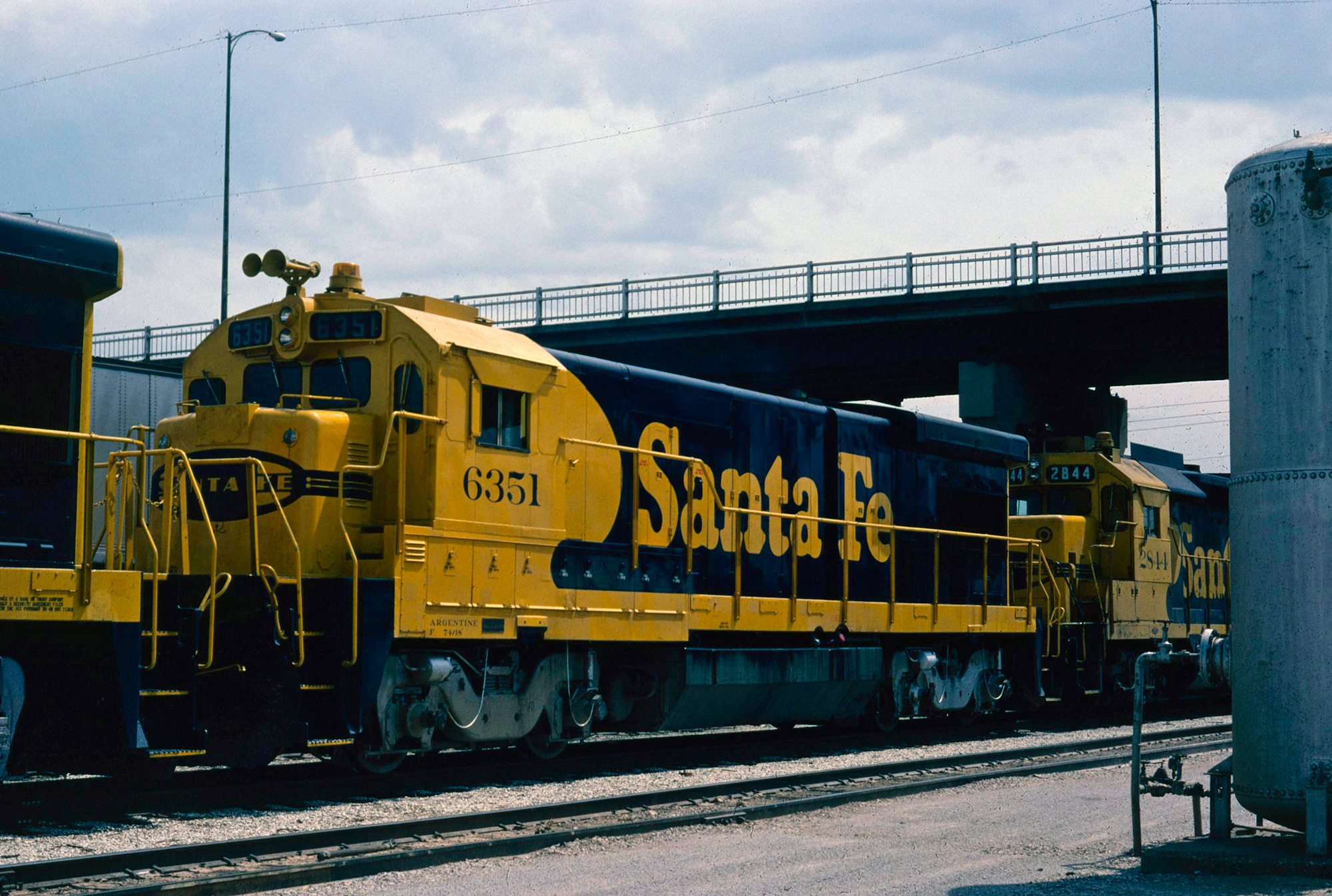 The idea did not work quite as well as the railroad had hoped and no more were built. The BQ23-7s remained in service on CSX through the 1990s until they were finally retired.

Taking what it had learned through its Universal line, GE's "Dash 7" models proved much more reliable mechanically and electrically, even though the company still employed basic, boxy carbody designs.

** The BQ23-7 was equipped with an extra large head-end cab to accommodate all five crewman. It was attempt to eliminate the caboose. 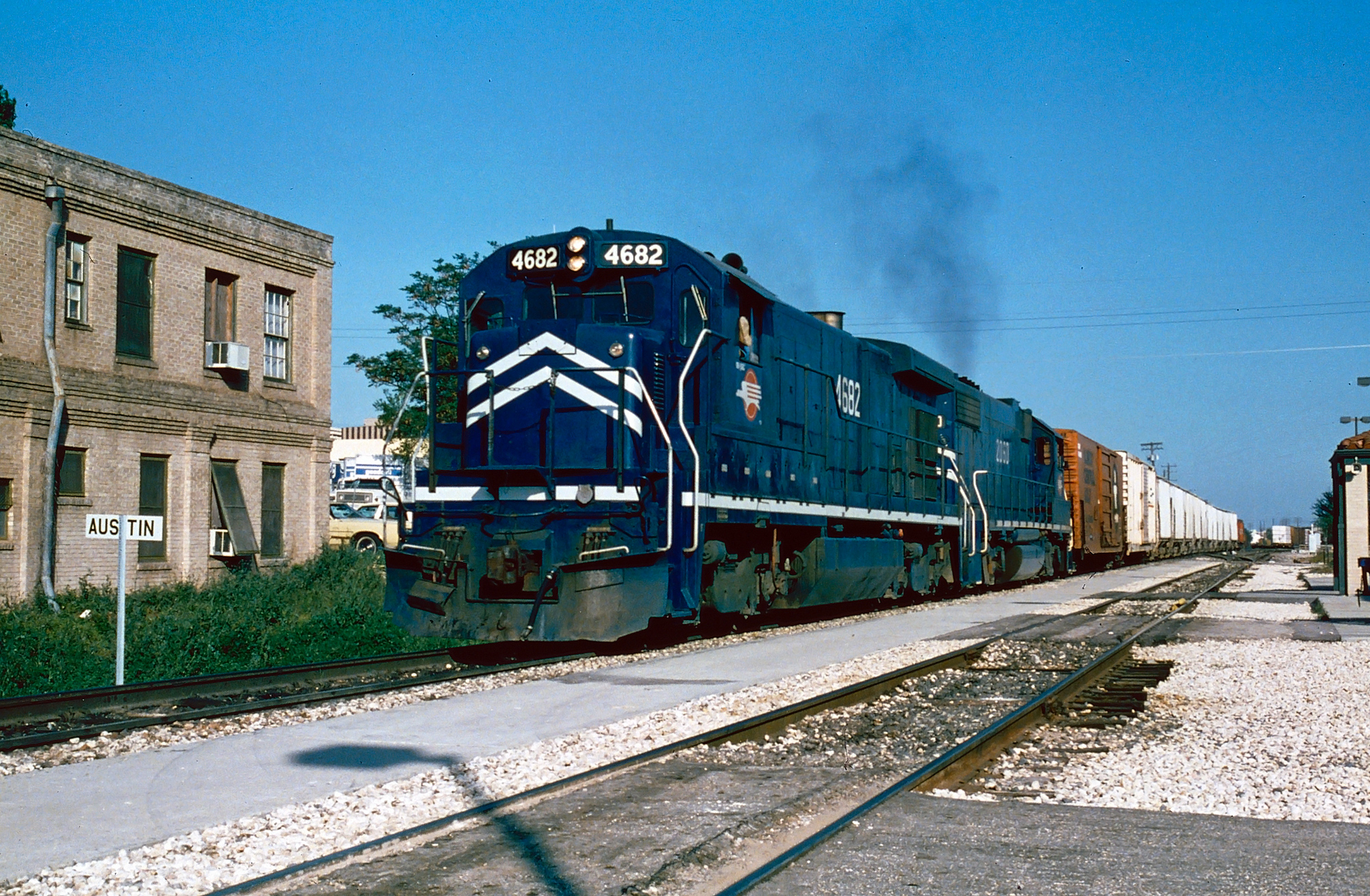 For the first time ever, GE cataloged its floating bolster (FB2) truck as standard on the B23-7.  However, some roads still opted for something different; Conrail used the old AAR Type-B's (General Steel Casting's swing bolster, drop-side equalizer) on their entire fleet and Santa Fe went with AAR's on 34 of its 69 B23-7's.

In addition, Southern Railway, whose B23-7's sported high short hoods as was common practice on the railroad, rode on GE's standard FB2.

Finally, Seaboard Coast Line had theirs equipped with EMD's Blomberg trucks for a much smoother ride.  Interestingly, SCL used trade-in Blomberg's on all of its earlier U-boats as well.