The C36-7 concluded General Electric's "Dash 7" line.  It did not witness particularly strong sales domestically but was propped up by foreign buyers, notably the Chinese Ministry of Railways, which acquired 422 examples alone.

The C36-7 followed the earlier C30-7 and was the most powerful six-motored model GE offered in the "Dash 7" series.

While the locomotive was generally rated at 3,600 horsepower, late era variants acquired by Missouri Pacific were uprated to 3,750 horsepower and featured many "Dash 8" specifications.

During the course of production several outward, and internal, improvements were carried out on the model.  The first units to roll out of Erie appeared as C30-7s while late era versions, like those acquired by the MP, more closely resembled the "Dash 8" line.

Today, Class I railroads have retired their fleets of C36-7s although you can continue to find them in service on short lines Minnesota Commercial and Ohio Central. Additionally, they remain in service in Brazil, Estonia, and China. 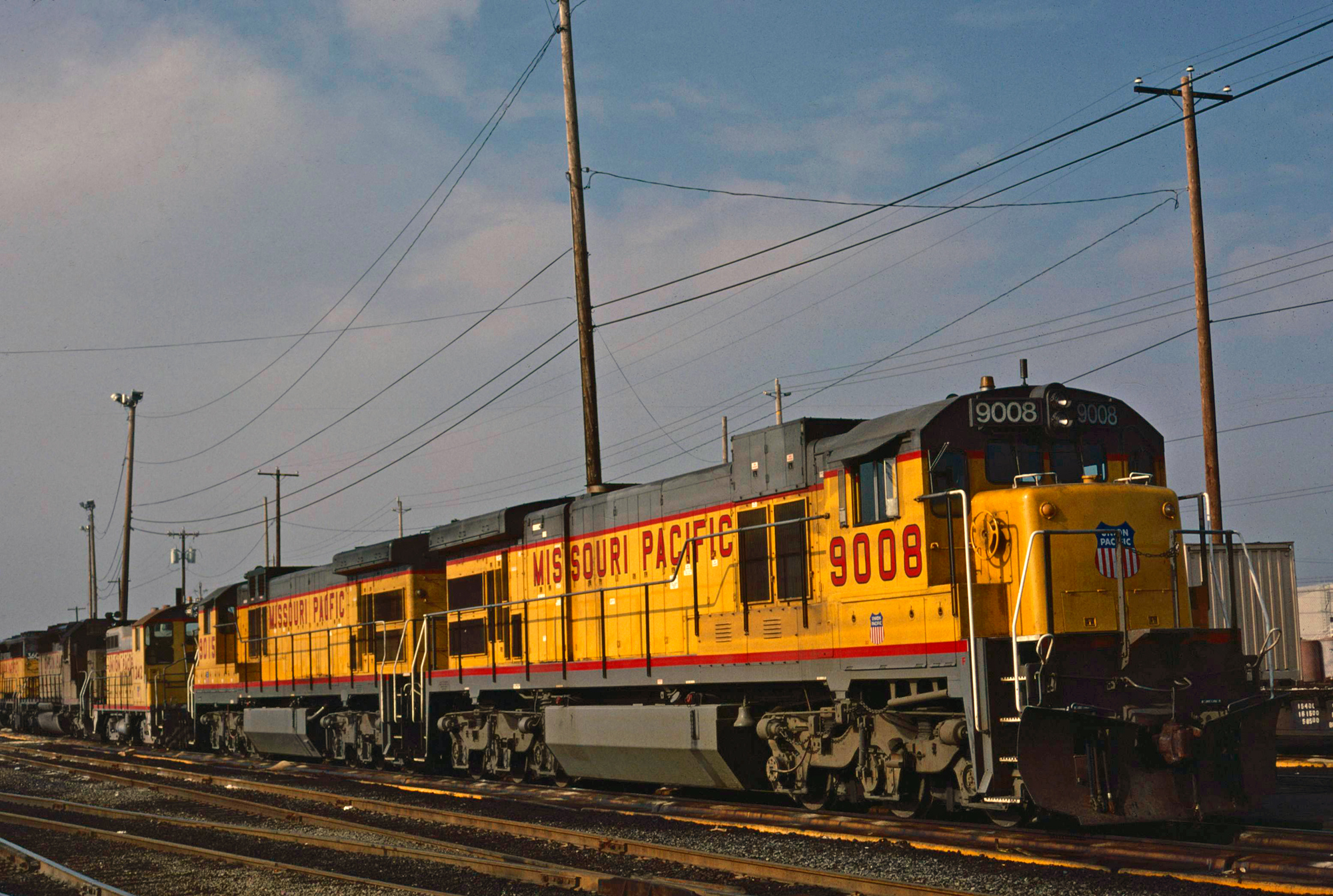 The original C36-7 variants closely resembled their earlier C30-7 counterparts.  Interestingly, it was the only "Dash 7" model to feature a testbed locomotive.  What was dubbed #505 was the C36-7 prototype and completed in June, 1978.

GE ultimately never sold this unit and was regularly upgraded over the years before being scrapped in 1995.

In its final variation, #505 featured larger air intakes and a redesigned dynamic brake housing that gave the locomotive a raised "bulge" just behind the cab with an uneven roofline. 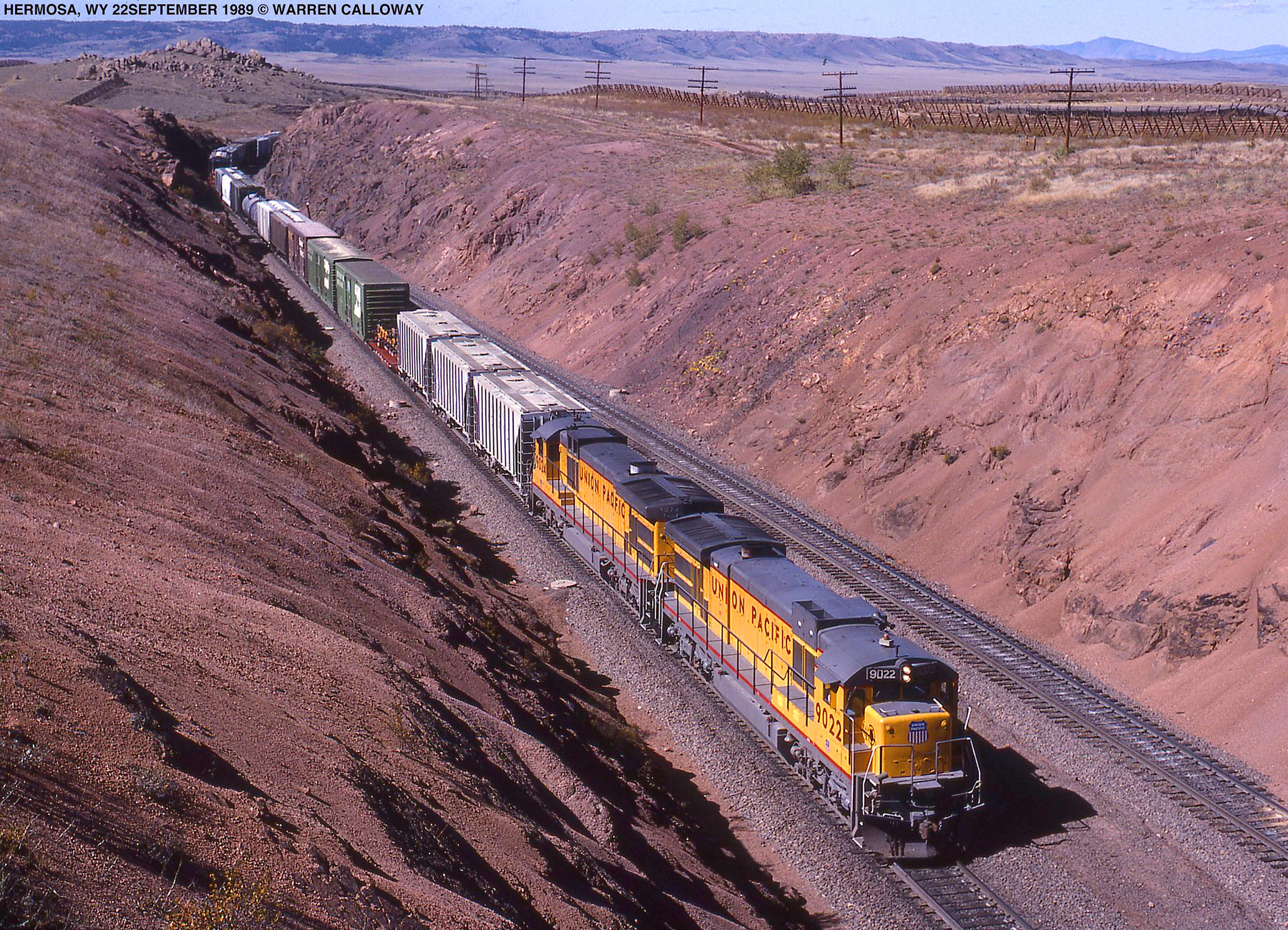 Union Pacific C36-7 #9022 (built as Missouri Pacific #9022 in October, 1985) has reached the summit of Sherman Hill, 8,013 feet above sea level, with an eastbound freight about to enter the double-tracked Hermosa Tunnel, 1,828 feet in length. The author was standing atop the bore. Warren Calloway photo.

This feature became common on later "Dash 8" models. The introduction of the "Dash 7" line brought with it new model designations and meanings.  In regards to the C36-7: 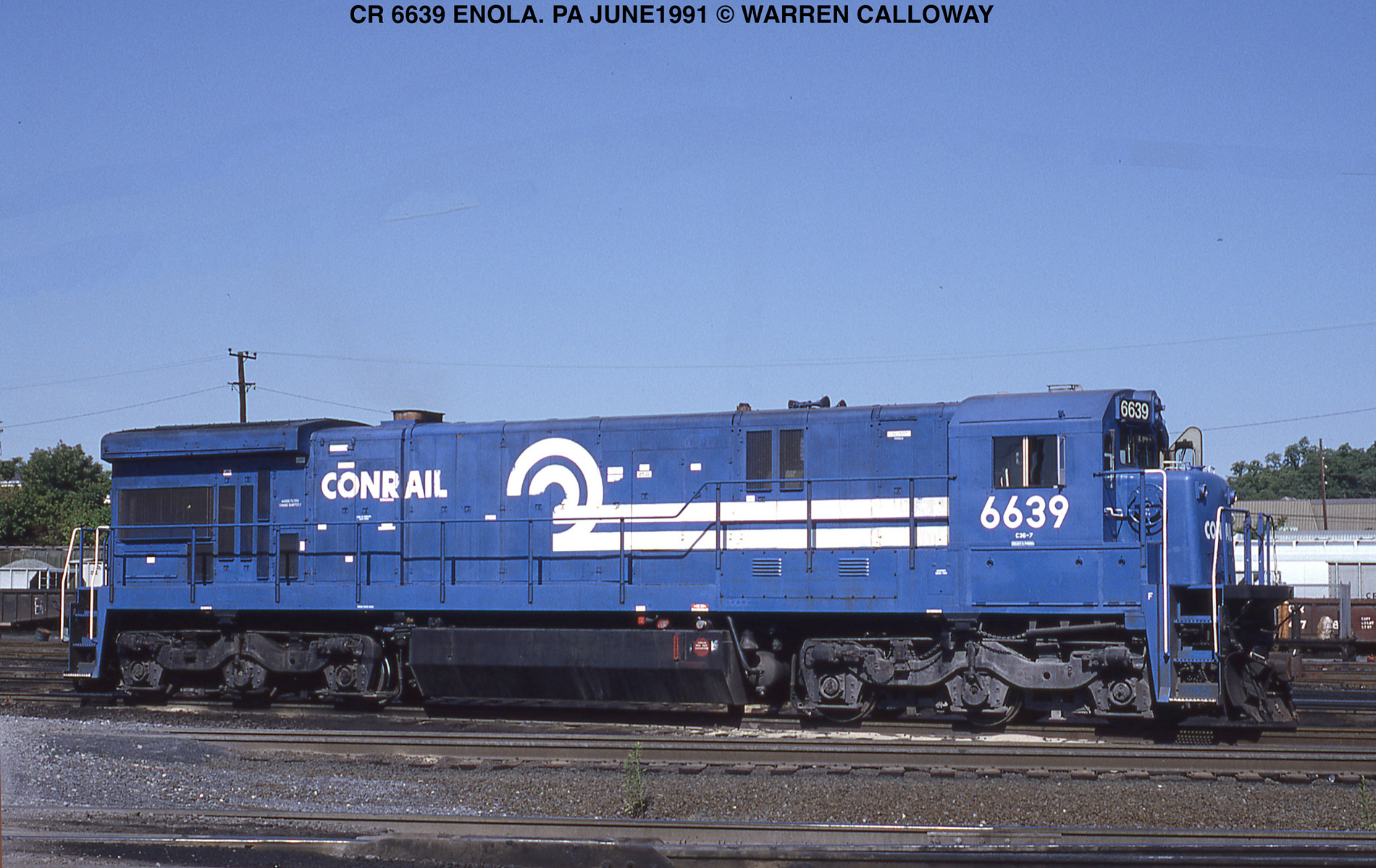 Such high continuous effort at the speed indicated (please refer to the data sheet below) was thanks in part to GE's new SENTRY adhesion control system.

As Brian Solomon notes in his book, "GE Locomotives," the builder's promotional material described the system as follows:

"The SENTRY system used traction-motor shaft speed sensors in place of older axle-mounted systems.  The motor shaft sensors were as much as six times more sensitive to speed fluctuations, allowing for more detailed corrections to wheel slip and a better application of sand to the rail.

Depending on the severity of wheel slip, the SENTRY system would automatically sand the rail and make small, calculated reductions to motor output."

*  Built by A. Goninan & Company of Australia.

** GE's testbed C36-7; it was upgraded over the years at the Erie plant following its initial completion in June, 1978.

The original version was identical to a C30-7, save for its increased horsepower while the final incarnation featured many "Dash 8" specifications.  The unit was finally scrapped in 1995. 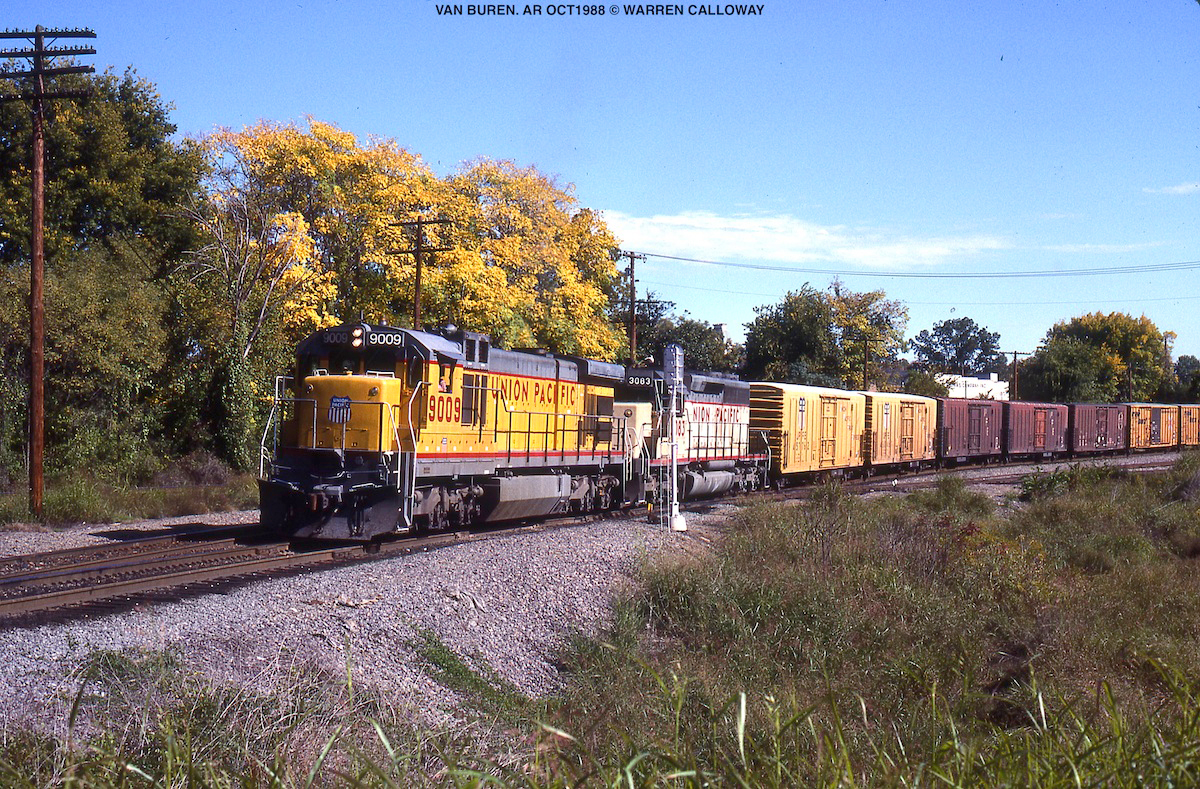 Union Pacific C36-7 #9009 (built as Missouri Pacific #9009 in September, 1985) heads west over the old MoPac and is about to cross the ex-Frisco (Burlington Northern) at Van Buren, Arkansas in October, 1988. Warren Calloway photo.

The final C36-7s manufactured domestically were the 60 units built for the Missouri Pacific in late 1985.  These locomotives were the most advanced in the line for the reason previously mentioned.

Interestingly, when produced, MP had already been acquired by Union Pacific.  Nevertheless, the units wore "Missouri Pacific" markings but were draped in standard Armour Yellow and Harbor Mist Grey. UP wasted little time removing these markings and they were gone within a few years.