The C424 was Alco's second B-B, four-axle road switcher in the Century series, debuting in 1963 along with its sister model, the C420.

While sales were modest for the C424, it proved to be the American Locomotive Company's (Alco) best selling Century design offering comparable horsepower, was reliable, and could out pull anything in its class (a hallmark the builder was now quite well known for).

While the less powerful C420 design featured an exterior carbody more similar to late Road Switcher (RS) series, the C424 employed a setup that was first used on the RS27 and which Centuries in general are now classically remembered.

Today, the ruggedness and reliability of these locomotives continues to show through as numerous examples of the C424 not only remained preserved but also are still used in freight service across the country.

Some locations where they can still be found hauling freight include the Western New York & Pennsylvania, Morristown & Erie, Buffalo Southern, and the Bath & Hammondsport Railroad. 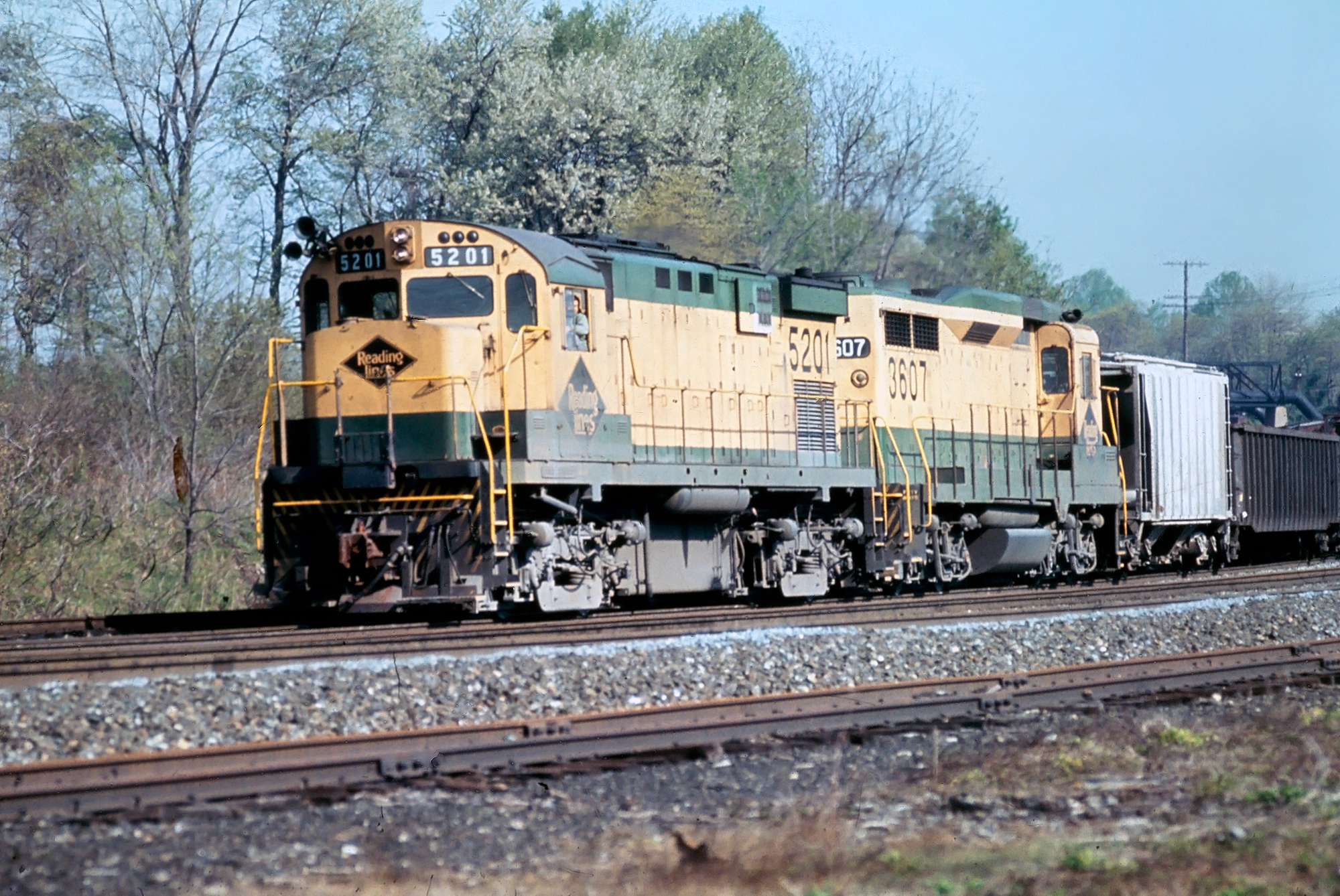 On the Belt Railway of Chicago the locomotives became a railfan favorite.  The terminal road used its small fleet of six (#600-605) from the time they were purchased new from Alco in 1965-1966 until the early 2000's.

The Alco C424 (listed by the builder as its DL640A) began production in 1963 as a replacement for its RS27 line, which had stopped production a year earlier and sold poorly at just 27 units.

Very similar to the RS27 the C424 offered the same horsepower (2,400) and prime mover, Alco's 251B model. The design also closely resembled the RS27 with a flush, long hood and very short front, low hood (giving the unit a somewhat "stubby" appearance).

Alco did away with the notched corners on the C424's carbody, instead giving the nose a simple rounded look and the trailing long hood a raised edge for the number boards. Once again, Alco returned to General Electric for internal components such as traction motors and generators.

Fortunately the C424 sold better than its predecessor as a number of Class I railroads around the country picked up the model.

In general, most of the roads that bought the Alco C424 were returning customers, as the company could simply no longer attract new buyers and interest (which was mostly due to the fact that Alco still had a reputation for reliability issues despite having mostly corrected this problem years before).

Production ended on the model in early 1967 and despite the slow sales numbers (in comparison to models being produced by EMD who was selling thousands of GP35s and GP38s) the lines that purchased the C424 were generally quite happy with the models.

For instance, the Reading used theirs in regular freight service until Conrail's creation in the spring of 1976 and the Green Bay & Western and Belt Railway of Chicago both employed theirs for decades before retirement or selling the units.

Additionally, the Canadian Pacific was still finding uses for their MLW M424s in the early 1990s. Today, along with preserved C424s you can still find them being used in freight service on short lines like the Apache Railway and Livonia, Avon & Lakeville.

Unfortunately, the future of those in service on the Arkansas & Missouri is in doubt as the railroad announced in July of 2013 it would be retiring much of its fleet by September after it had purchased three new SD70ACes from EMD.

By this time Alco's construction numbering system had changed from a five-digit number (in sequential order of completion) to a Sales Number along with however many locomotives a customer ordered.

Interestingly, it should be noted that during the 1960s General Electric was not selling considerably more locomotives than Alco.

Practically from the start of the diesel locomotive era in the late 1930s, through the early 1980s, EMD was a juggernaut, producing a seemingly endless array of reliable and proficient diesel models during this time, which left little room for the competition.