The B36-7 was General Electric's most powerful four-axle "Dash 7" model.  It, along with the earlier B30-7, was designed for high-speed freight service over relatively level grades where high tractive effort was unnecessary.

By the time the model was cataloged, railroads had largely lost interest in such designs, citing increased maintenance costs associated with high horsepower designs.

Interestingly, General Electric continued to offer four-axle designs as late as 1990 with its B40-8W, part of its later "Dash 8" series.

The B36-7 was the final four-axle model to feature the Universal series, boxy carbody with a short nose and light beveling.

While the B36-7 had the fewest sales of the "Dash 7" line, ex-Seaboard units remained in use on CSX until late 2009. Today, all "Dash 7s" have been retired from Class I rosters. 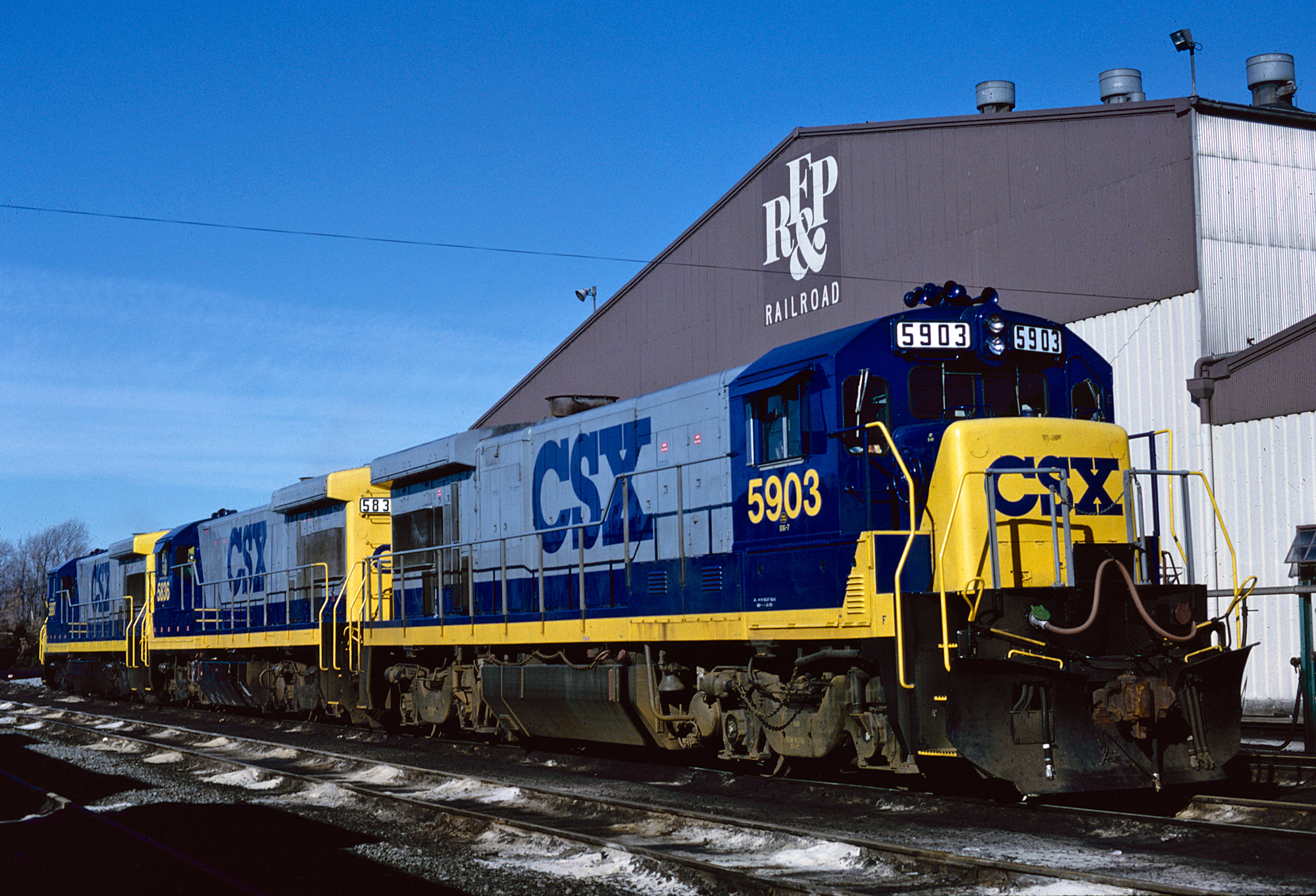 As Greg McDonnell notes in his book, "Locomotives: The Modern Diesel & Electric Reference, 2nd Edition," the B36-7 was a direct successor to the earlier B30-7.

And typical of GE practice, it was not given much fanfare.  The first units were actually a group of upgraded B30-7's, St. Louis Southwestern Railway (Cotton Belt) #7770-7773, which rolled out of Erie in January of 1980.

These units were actually part of a larger batch of B30-7s Southern Pacific's subsidiary had ordered that year numbered 7774-7799.

They came equipped with a number of new GE gadgets including the builder's latest traction motors (752AF), GTA24 alternators, and the Sentry adhesion-control system.

The Southern Pacific was pleased with these testbed examples and the new model entered GE's catalog.  The first buyer was the Santa Fe, which picked up 16 examples in October and November, 1980.

The B36-7 did not enjoy strong sales, outshopping roughly half as many units as the earlier B30-7.  In fact, the Seaboard System, alone, accounted for over half of all orders, acquiring 120 examples.

While both GE and EMD continued offering high horsepower, four axle models into the mid-1980s, most of the industry had given up on the design by that time.

Their lower tractive efforts made them undesirable in drag service and their six-motored counterparts could still handle freights at relatively high speeds when needed. 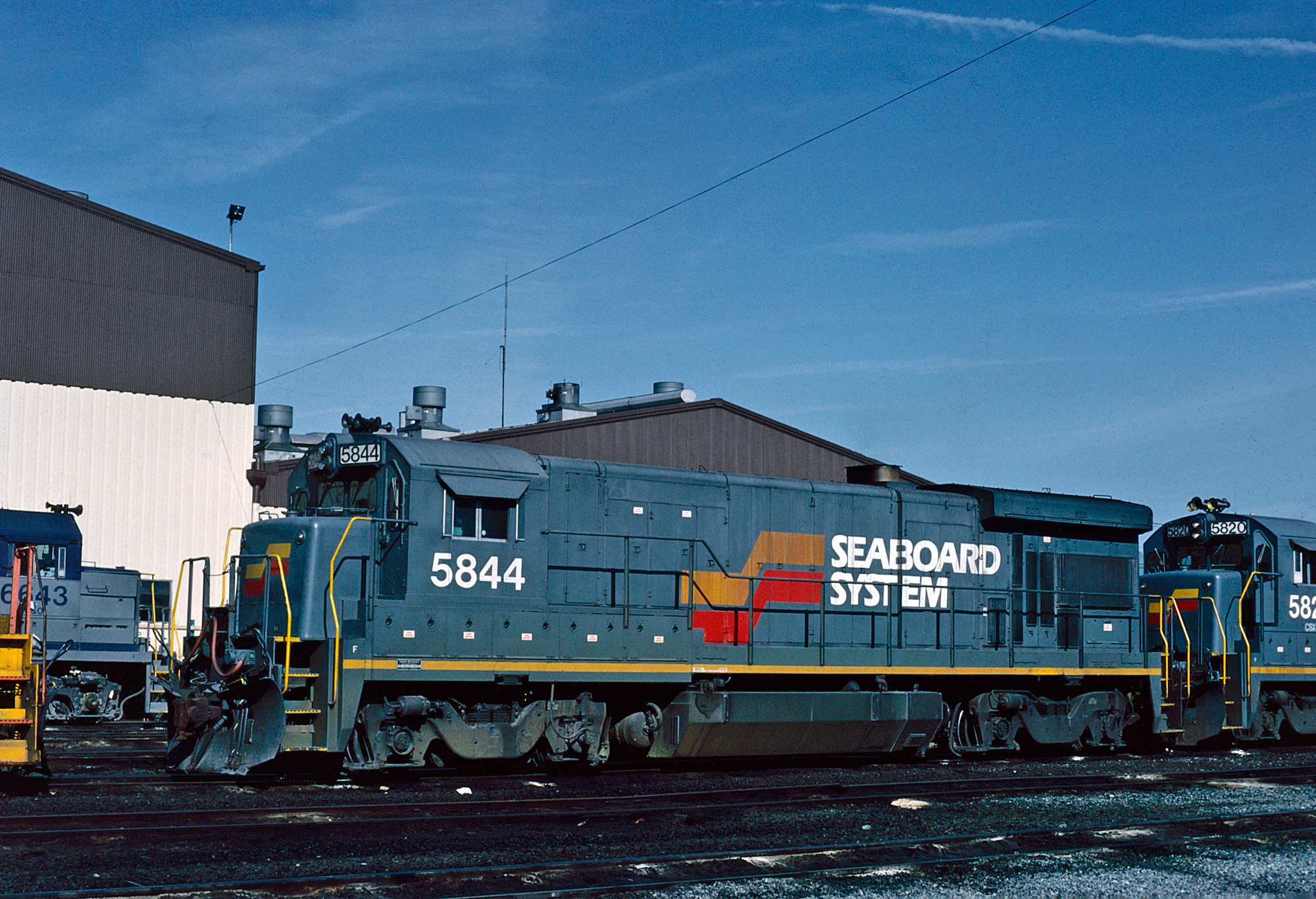 It's the early CSX era as former Seaboard System B36-7 #5844 lays over with other power at the Bryan Park Shops (ex-Richmond, Fredericksburg & Potomac) in Richmond, Virginia on April 3, 1987. Doug Boyd photo. American-Rails.com collection.

The introduction of the "Dash 7" line brought with it new designations and meanings.  In regards to the B36-7:

By the 1980s GE had a steady following by some, such as Conrail and Seaboard, the latter of which purchased the most. Additionally, the Cerrejon Coal Project of Columbia acquired eight units. In all, General Electric sold some 230 examples by the time production was ended in September, 1985. 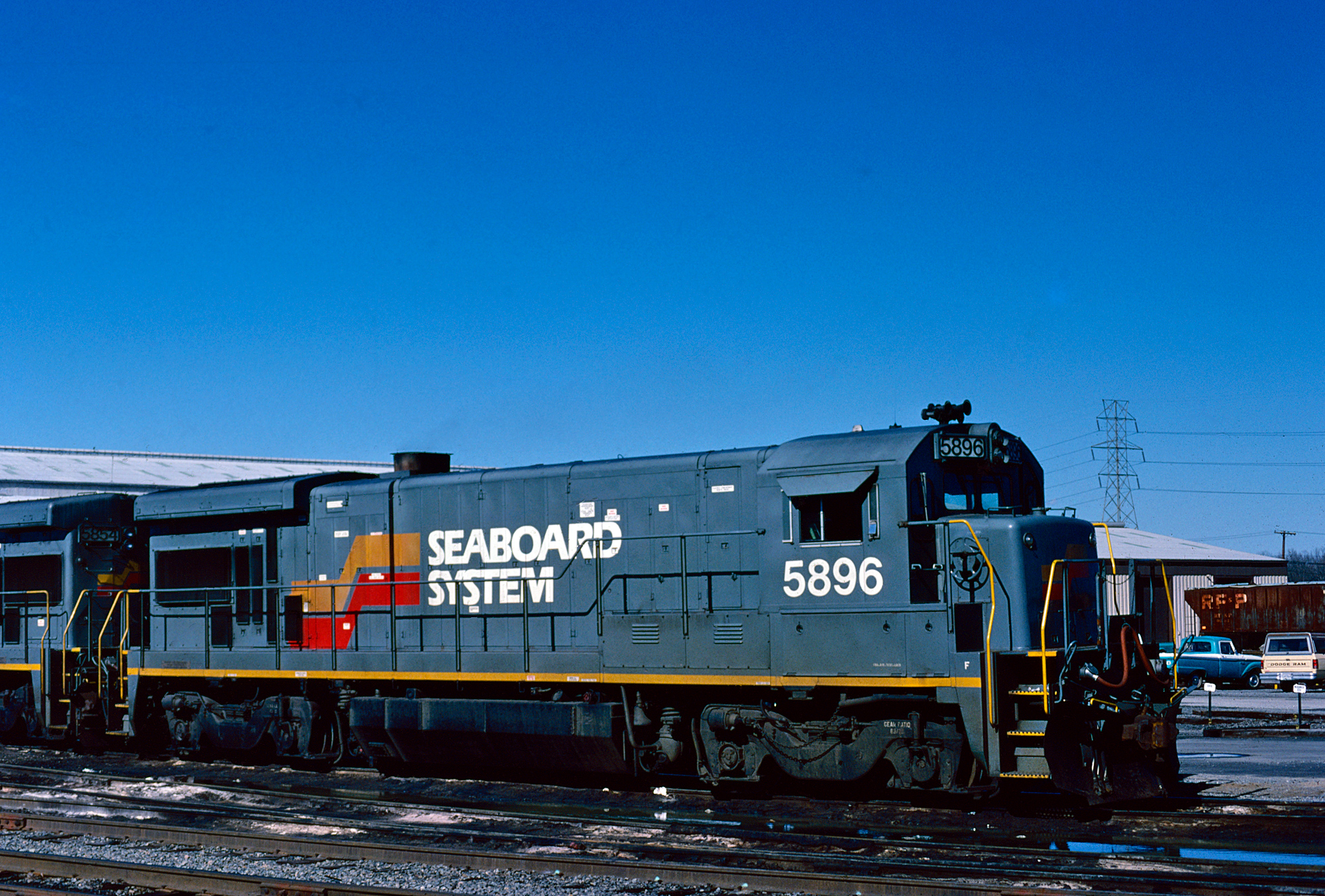 Despite sales being slow some B36-7's soldiered on in active revenue service for many years with the final units being retired from CSX in the late fall of 2009.

Earlier, Conrail's original fleet of B36-7s were put out to pasture between 2000 and 2001. For GE and EMD, realized by the 1980s that interest in four-axle, high-horsepower locomotives had all but evaporated.

Not even Electro-Motive could sway railroads to acquire its final four-axle models; the GP50, GP59, and GP60 sold slightly better at a little over 700 examples.