The C30-7 was the original "Dash 7" model, introduced in September, 1976 when Burlington Northern #5500 rolled out of GE's plant in Erie, Pennsylvania.

The model succeeded the earlier U30C, General Electric's most successful design up until that time selling 606 examples.  The C30-7 nearly doubled that total and put GE on the map as a serious competitor to Electro-Motive.

Today, you can still find examples of the C30-7 operating around the country in active revenue but only on regionals and short lines.

Additionally, while the design is still somewhat young there is one already preserved; Louisville & Nashville #7087 parades as New Hope & Ivyland #7087 in New Hope, Pennsylvania. 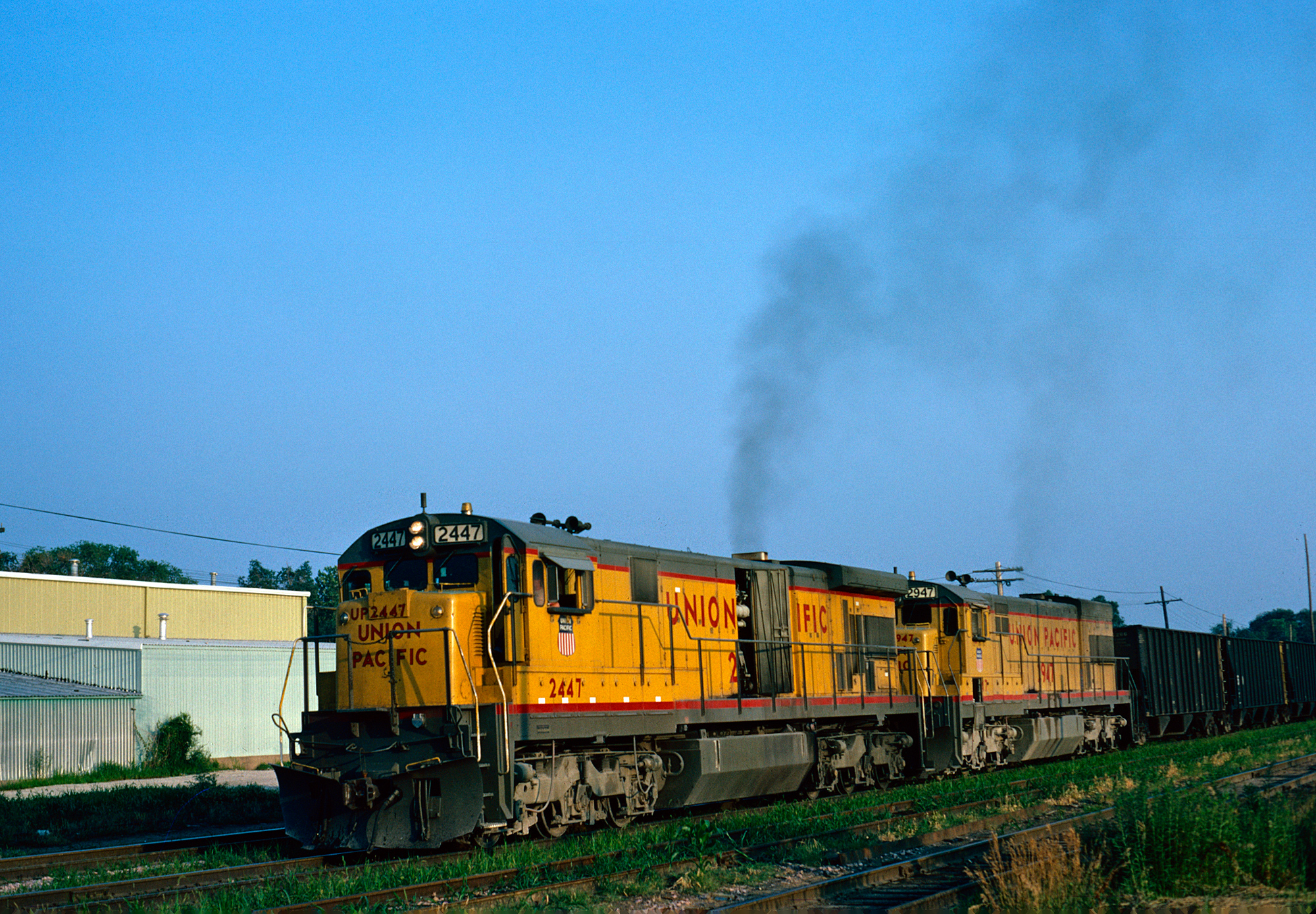 The C30-7 continued improvements to GE's high-horsepower, six-motored line.  It boasted an upgraded electrical system and tractive effort.  In addition, the company was able to improve fuel efficiency by 16% during production.

The C30-7's primary differences from its predecessor included: 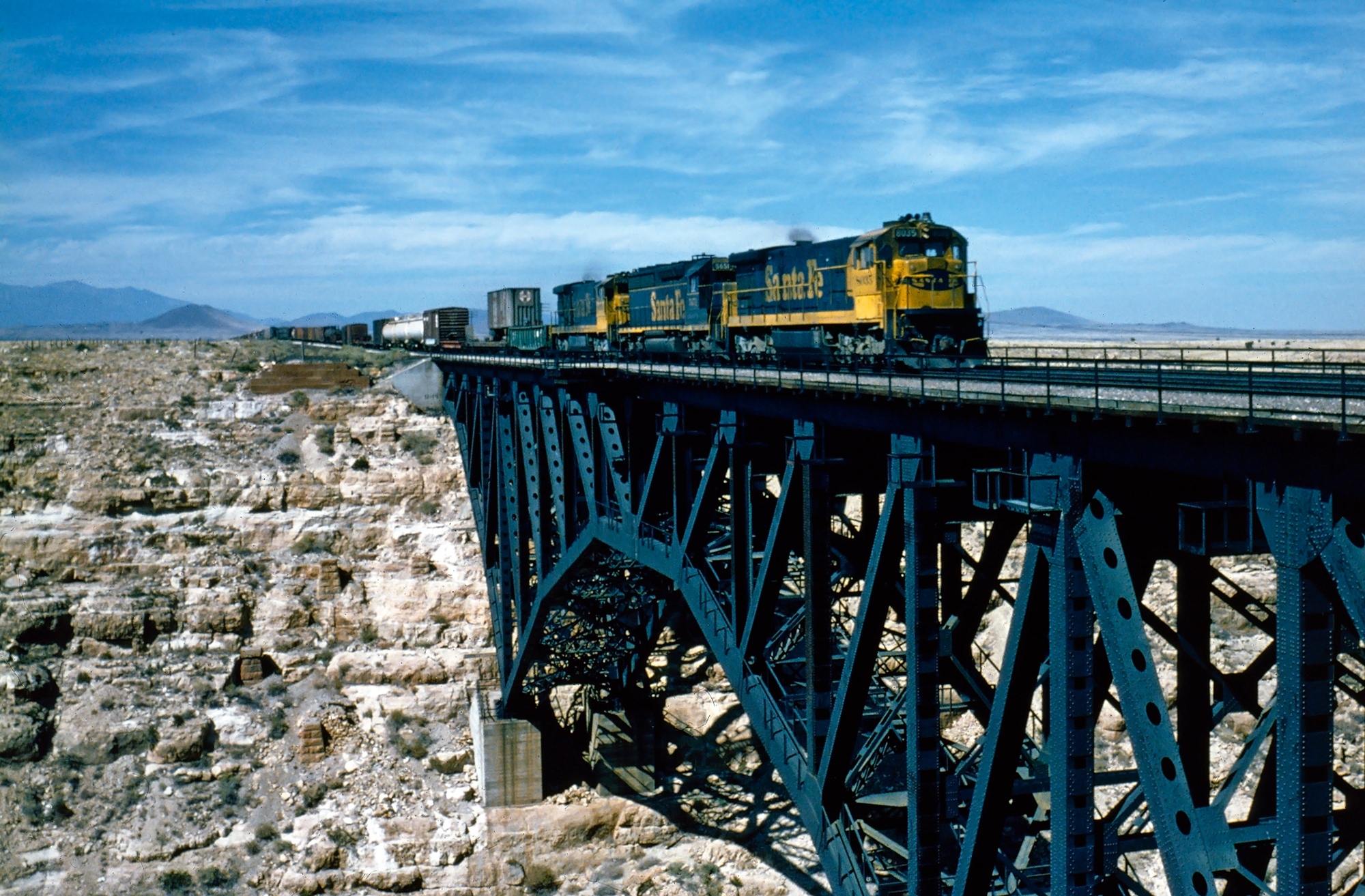 The introduction of the "Dash 7" line brought with it new model designations and meanings behind the numbers and letters.  In regards to the C30-7:

Meant for use in heavy freight/drag service the design offered tractive efforts of 105,000 pounds of starting effort and 96,900 pounds of continuous effort at 8.8 mph. 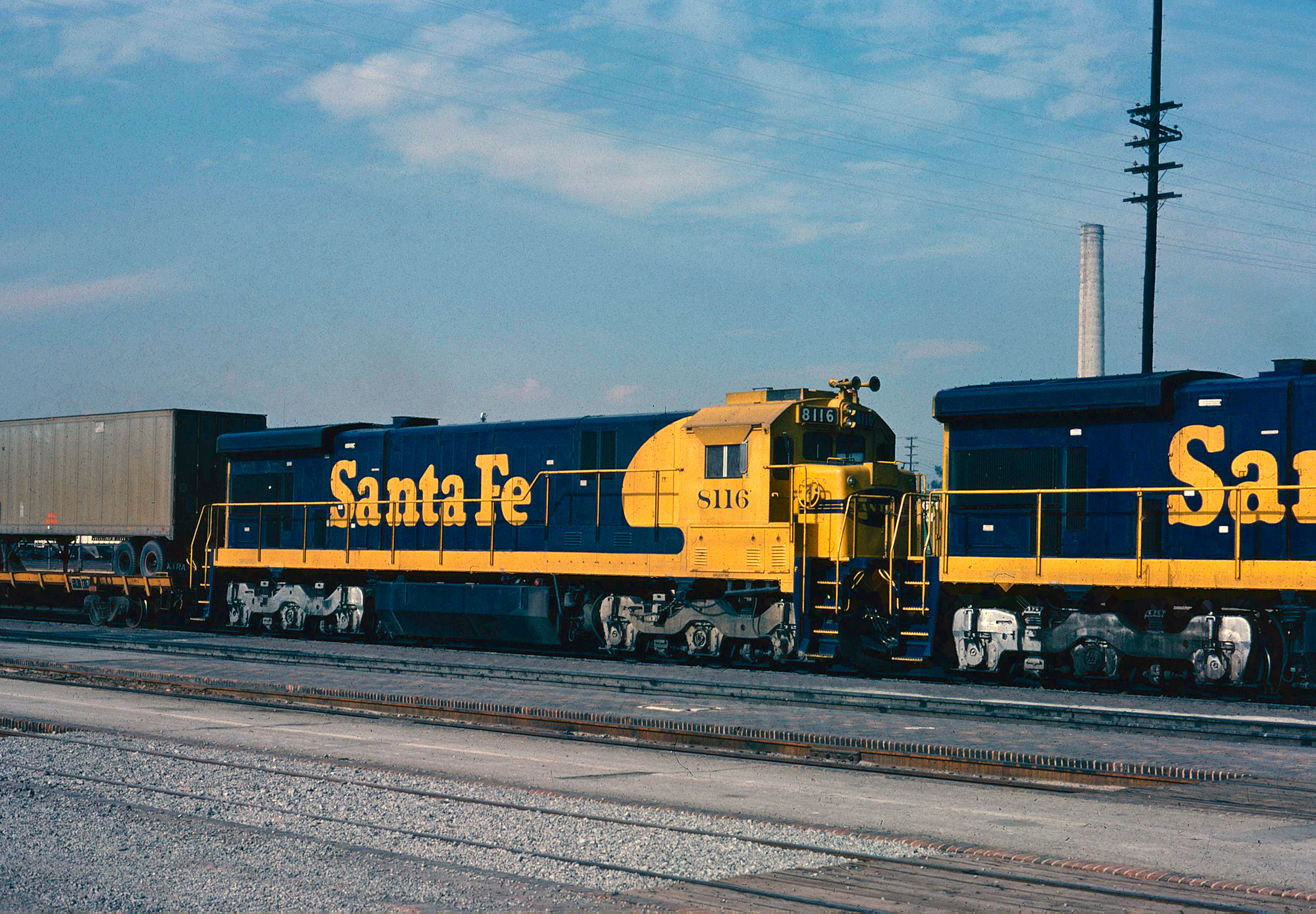 In regards to carbody styling, this actually changed very little from the Universal line and the C30-7 was actually the exact same length as the U30C (67 feet, 3 inches).

Again, the only noticeable difference from the two models was the flared radiator on the model, a feature that would become a trademark of virtually all future GE models that began with the late U-boat models.

Of note, General Electric also manufactured a variant of the locomotive, the C30-7A. As with the four axle B30-7A the only difference was the smaller prime mover, a 12-cylinder FDL that offered the same 3,000 horsepower but was more fuel efficient. 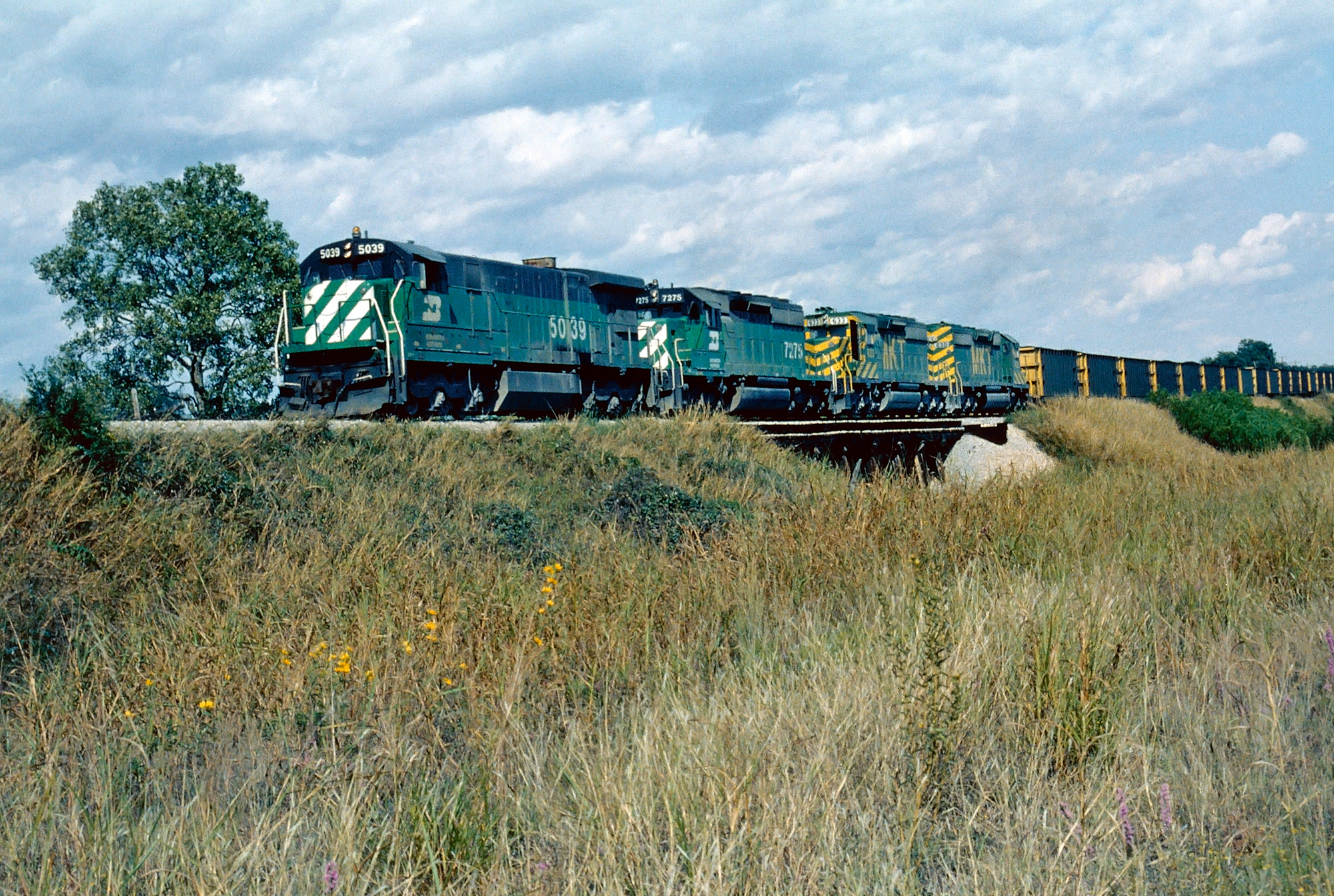 Burlington Northern C30-7 #5039 and SD40-2 #7275, along with a pair of Katy SD40-2's, lead empties westbound along Highway 95 in Sparks, Texas, circa 1983. This joint coal service between the two roads operated from BN's North Yard in Denver to Katy's Ney Yard in Fort Worth. The coal was then sent to Lower Colorado River Authority's coal-fired power plant in Fayetteville, Texas. On the return trip to Denver, two BN units were used to save on horsepower hours. Mike Bledsoe photo. American-Rails.com collection.

The locomotive was requested by Conrail, who received its sixty units between May and June 1984 (numbered 6550-6609).  Orders for the C30-7 began in September, 1976 when the Burlington Northern requested a small batch and sales took off from that point.

By the time production was completed in mid-1984 on the C30-7, GE had sold some 1,128 units to UP, BN, AT&SF, Conrail (the road also purchased 10 standard examples of the design), Louisville & Nashville, Norfolk & Western, and Seaboard Coast Line.