The B39-8 was born as one of General Electric's "Dash 8" prototype models.  The new line featured the latest in GE advancements, most notably in the area of microprocessors.

The B39-8 was a high horsepower, four-axle road-switcher that initially saw three units manufactured in 1984.  This set tested on the Santa Fe and while painted in AT&SF colors were wholly-owned GE products.

At the time, GE was carrying out trials of four different pre-production "Dash 8" locomotives on four different railroads; all were built in a variety of horsepower ratings and axle settings.

Most railroads were pleased enough with the results they wound up purchasing the prototypes.  For General Electric, the testbeds became known as "Classics" while their cataloged variants were referred to as "Enhanced" Dash 8s.

While there were some differences between the two, most were external in nature and included a cab flush with the roofline (the prototypes featured Standard Cabs slightly lower than the roofline), angled radiator vents, and an overall more symmetric appearance.

In the end, GE did sell a few B39-8s to Southern Pacific.  In addition, its own lease fleet saw more than 100 B39-8Es completed, which were used extensively by Class I carriers. 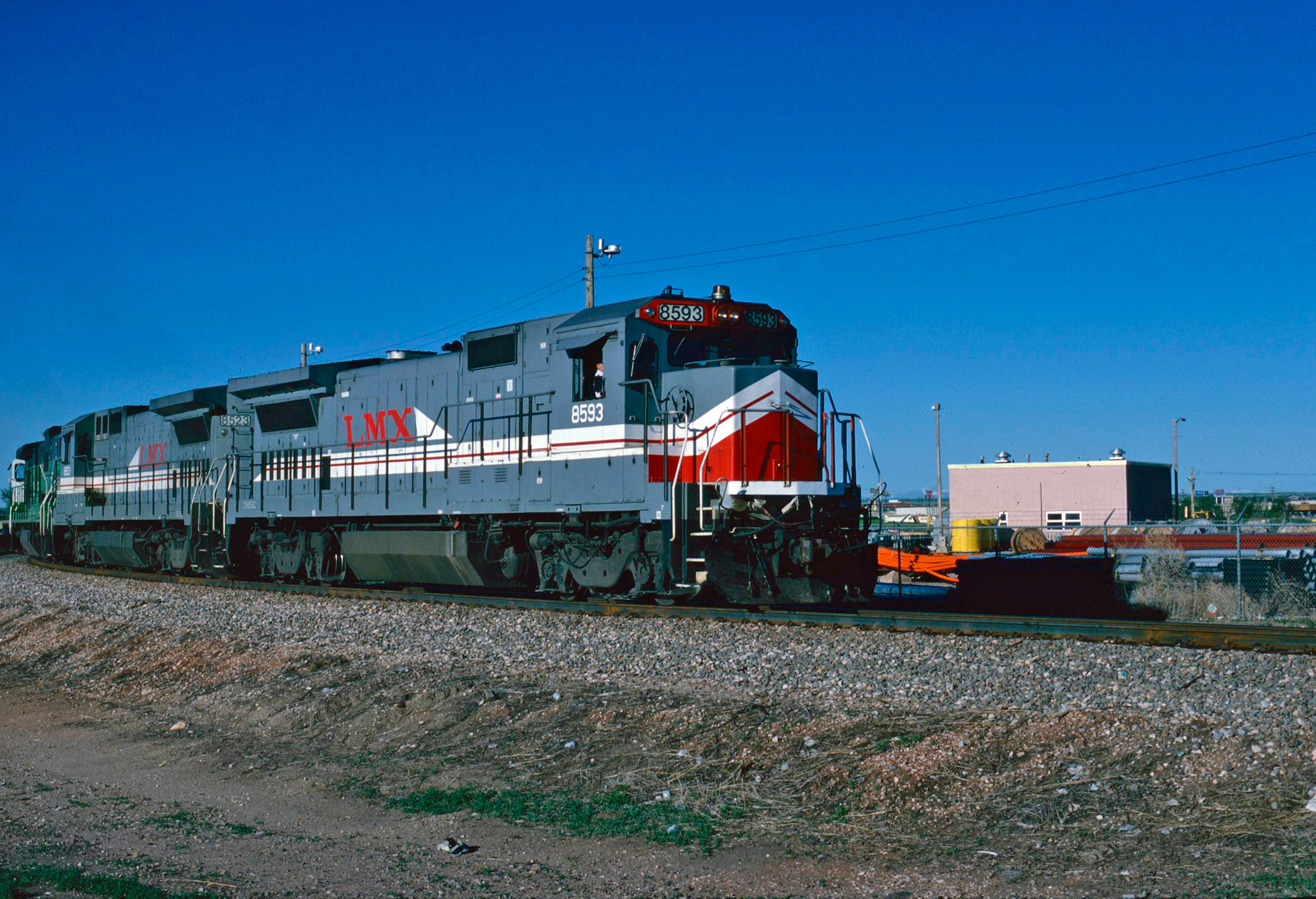 The Dash 8 series changed the game for General Electric as the builder pulled ahead of Electro-Motive permanently thanks to innovative technological developments in the area of microprocessors.

The use of computers was a turning point in locomotive development as maintenance was reduced and motive power could remain in service for longer periods.  EMD was struggling in this arena with its latest SD50 series, which was initially plagued with microprocessor issues.

As production ramped up, GE began selling hundreds in Dash 8 line, and then thousands in the later Dash 9 series of the 1990s.  The Dash 8 continued the model designations from the earlier Dash 7 line. In regards to the B39-8E:

The original B39-8s included a series of three units completed for the Santa Fe in 1984, #7400-7402.  These locomotives were part of a larger group GE was testing in a variety of a horsepower ratings and axle settings. 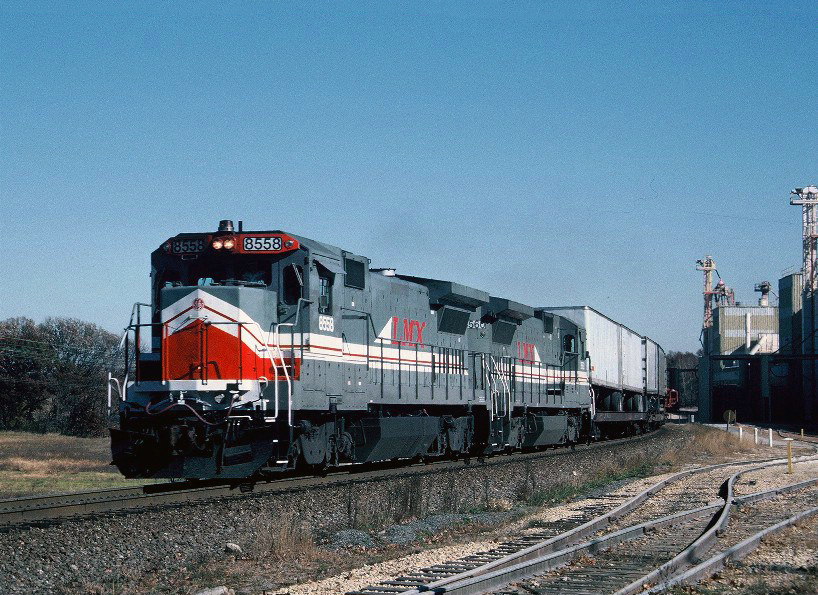 Other railroads to operate versions of these prototypes included the Burlington Northern (B32-8), Conrail (C32-8), and Norfolk Southern (C39-8).

What General Electric later dubbed "Classic" Dash 8s the locomotives were very similar to their cataloged counterparts but lacked the refinements incorporated after road testing was complete.

While the "Classics" featured a "bulge" behind the cab (housing dynamic brakes and the equipment blower), Dash 7-style winged rear radiator with flush vents, and a cab that sat slightly below the roofline, production Dash 8s were different. 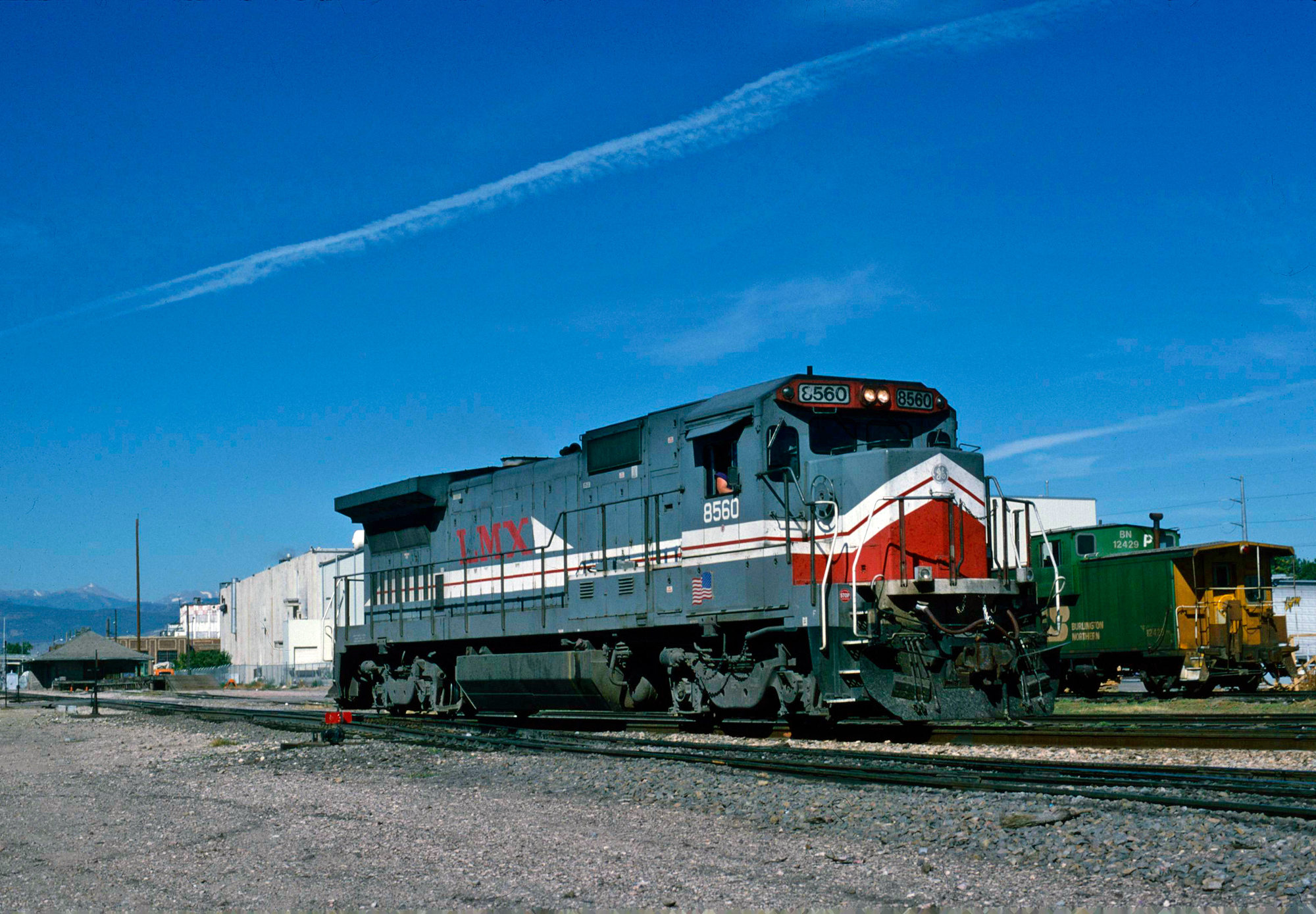 GE dubbed the cataloged variants as "Enhanced" Dash 8s (i.e., B39-8E) and these featured a cab flush with the roofline, lower nose, equipment blower and dynamic brakes that seamlessly melded into the carbody, and angled radiator vents.

Finally, the classic "notch" present on the Dash 7s was gone.  This feature, located just ahead of the exhaust stack to the radiator cab, was needed then to house the relocated oil cooler.

It was an easy spotting feature over the earlier U-boats.  GE was able to eliminate this slight bulge in the "Enhanced" Dash 8 locomotives.  For instance, note the LMX B39-8s featured on this page, which no longer have the notch present.

During the 1980s General Electric was still producing locomotives with its Standard Cab; this included the B39-8 and B39-8E.  However, the company was also working on its now-common North American Safety Cab design.

The wide cab eventually became FRA-mandated in the name of safety, but during the 1980s was only a new feature being incorporated into locomotive designs. 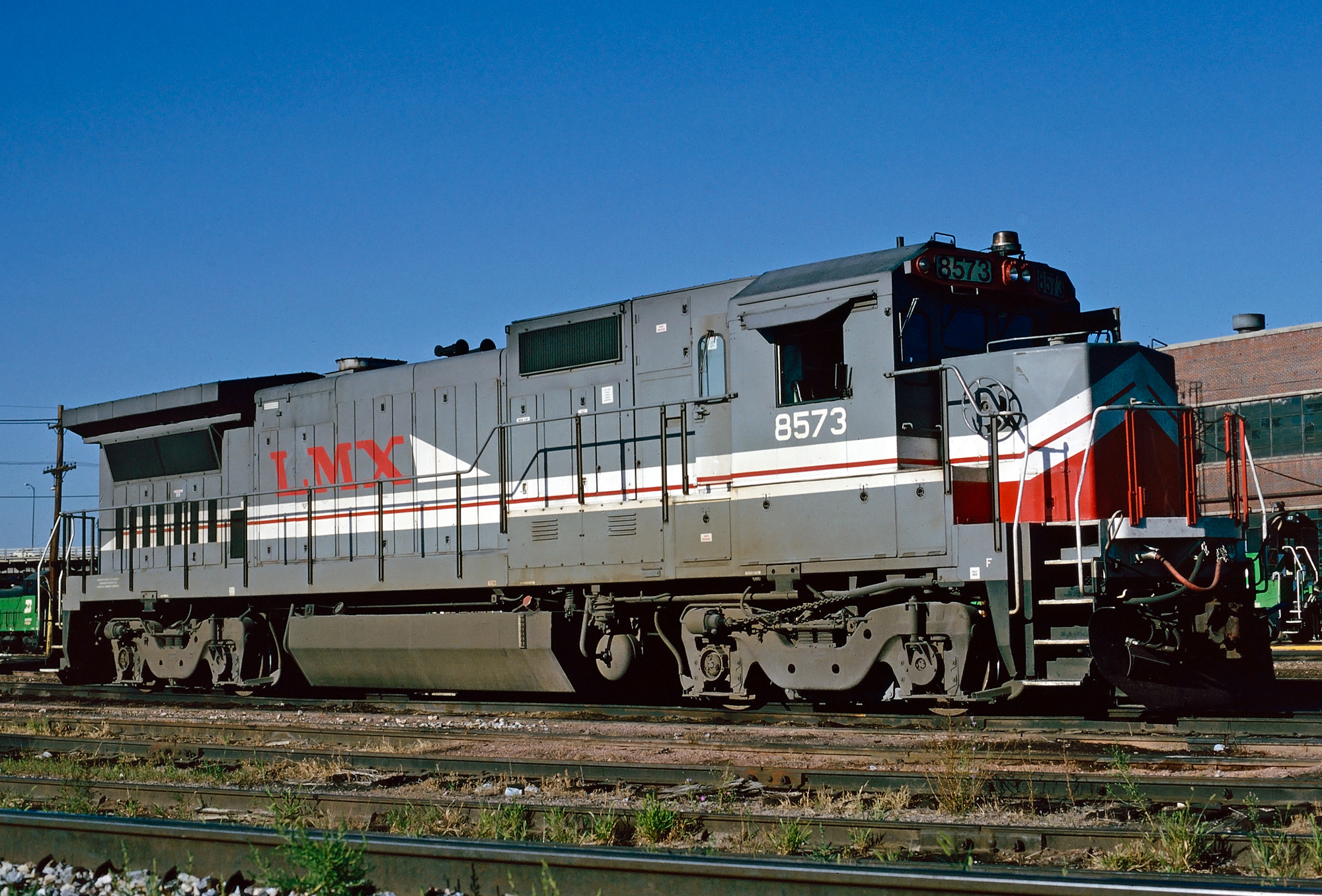 This original design appeared quite different from the common version found in later Dash 8 models (and future Dash 9s).  It featured three small front windshields and was less angled than the two-piece, rectangular windshields that became common GE trademarks.

The LMX B39-8Es were a ubiquitous sight all across the country.  They were maintained at the former Chicago, Burlington & Quincy shops in Lincoln, Nebraska and often found in service on Burlington Northern.

Today, many of these B-39Es remain in use at various short lines and industrial settings throughout the country; some still even wear their original "LMX" grey and red livery.