The B30-7 was one of two high-horsepower, four-axle models General Electric offered in its "Dash 7" line and a direct successor to GE's earlier U30B.

The B30-7 was intended for high-speed freight service but didn't enjoy sales as strong as the earlier B23-7.  Nevertheless, the model did sell some 399 units when production had ended in the fall of 1983.

GE gave little fanfare to its newest models and the B30-7 was no different.  The Frisco was the first to receive the variant in December, 1977 when units #863-870 rolled out of Erie.

As GE became an increasingly successful builder, railroads were evermore willing to test and purchase its models.  This was largely thanks to the company standing behind its products and willing to make improvements whenever necessary.

Today, Southern Pacific #7863 is preserved in its original colors and number by the Denver & Rio Grande Historical Foundation. 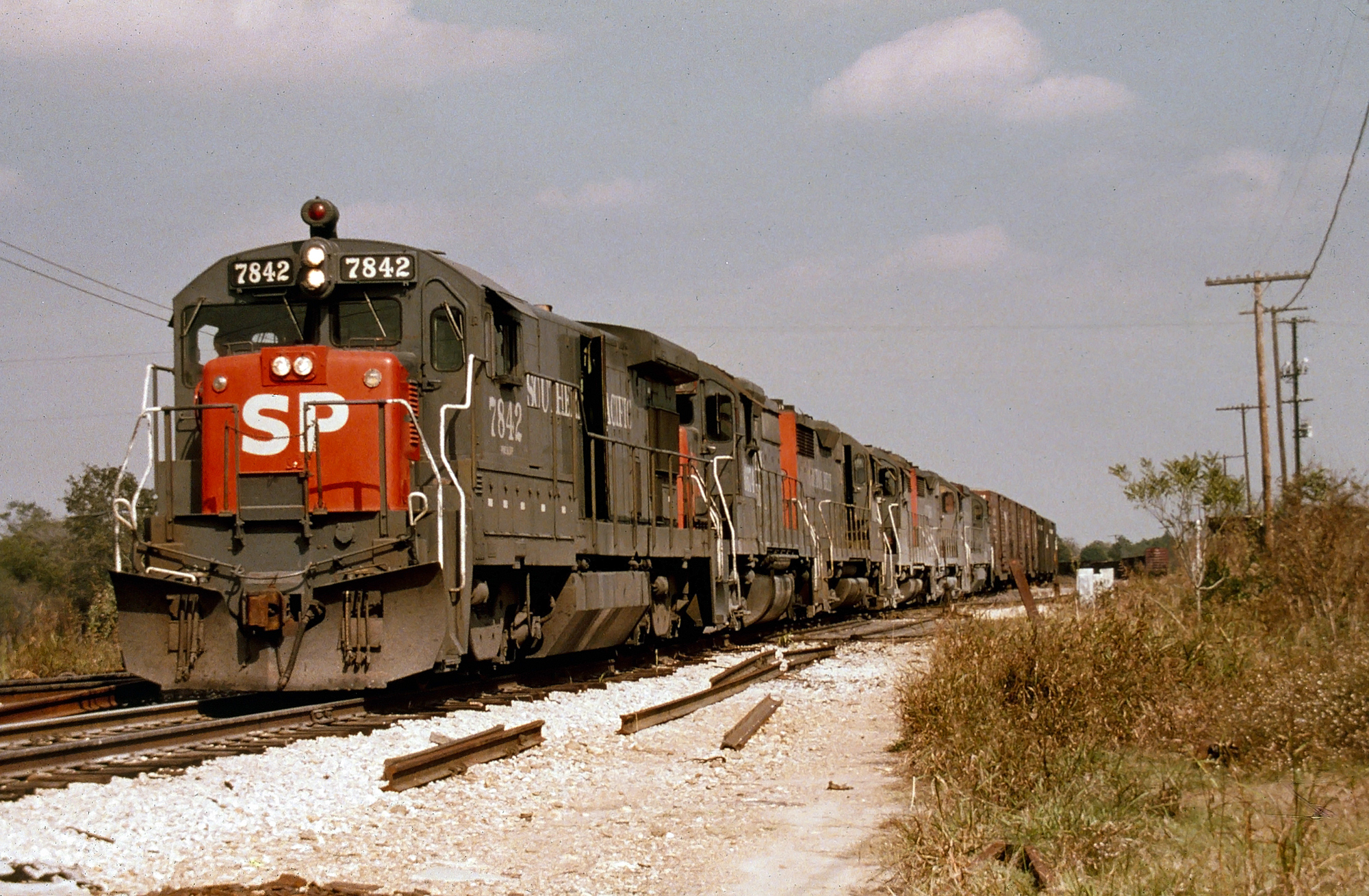 Southern Pacific B30-7 #7842, a quartet of EMD's, and another GE unit lead a freight near Corsicana, Texas, circa 1982. Mike Bledsoe photo. American-Rails.com collection.

B30-7 History And Background

The B30-7 appeared quite similar to late era U-boat models, like the U30B and U33B.  Aside from its increased length of two feet, perhaps the easiest way to distinguish it is the slightly wider hood from just ahead of the exhaust stack to the rear radiator, which housed the relocated oil cooler.

This "notch" is easily identifiable and most prevalent when viewing the locomotive from front-to-back rather than at the side.

The introduction of the "Dash 7" line brought with it new model designations.  In regards to the B30-7:

As always, the B30-7 came equipped with the company's 4-cycle model 7FDL16 prime mover utilizing the company's latest traction motor, the model 752AF.

The locomotive and its more powerful cousin, the B36-7, were designed for high speed freight service in low-grade corridors where high tractive efforts were unnecessary. 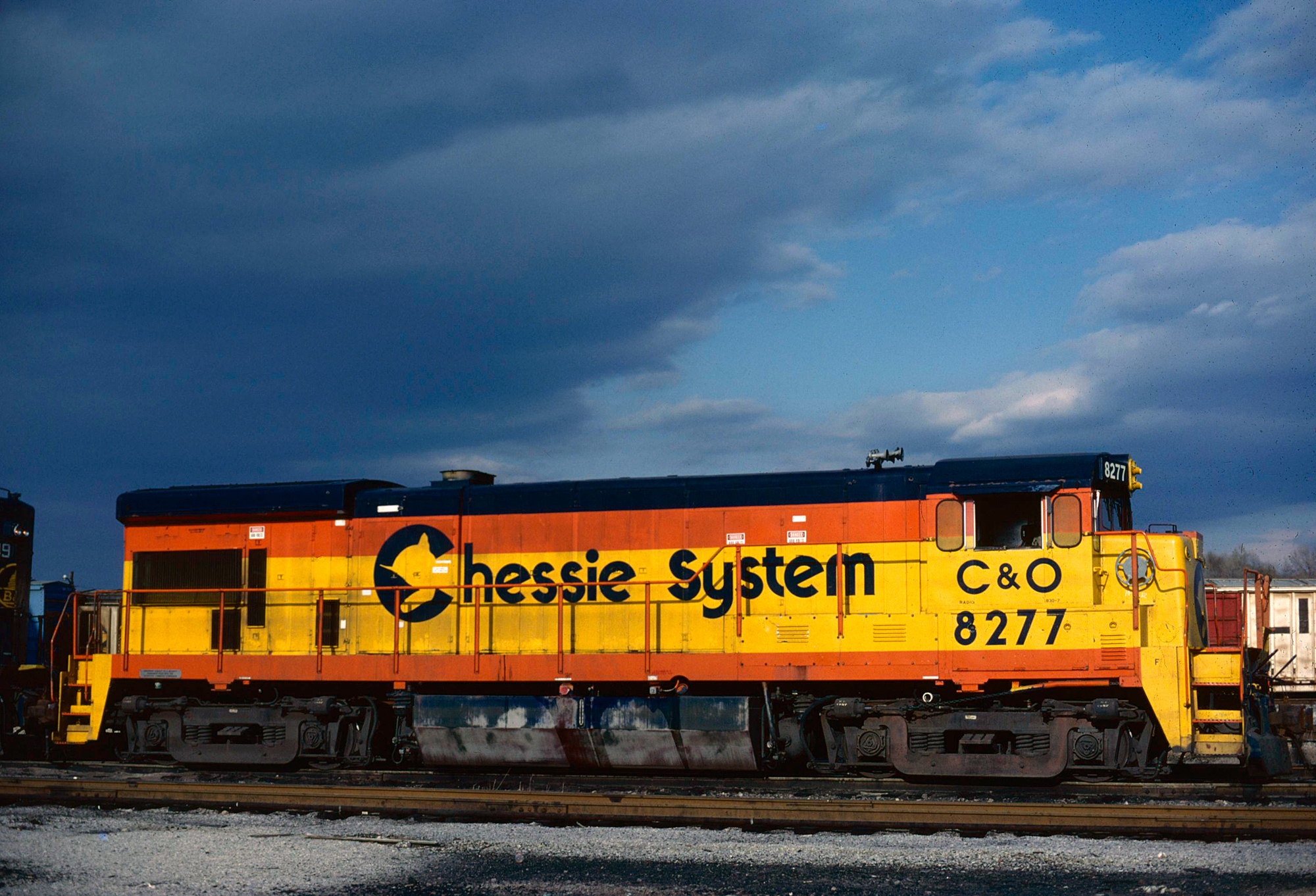 Upon request from Missouri Pacific, General Electric also manufactured a variant, the B30-7A. This locomotive was externally identical to the B23-7 but featured an uprated 12-cylinder, 7FDL prime mover that could also produce 3,000 horsepower.

This improvement enabled greater fuel savings and lower maintenance costs. The MP had three of their final B23-7s uprated to 3,000 horsepower (#4667-4669) and was so happy with the results the company purchased 54 examples of the B30-7A. 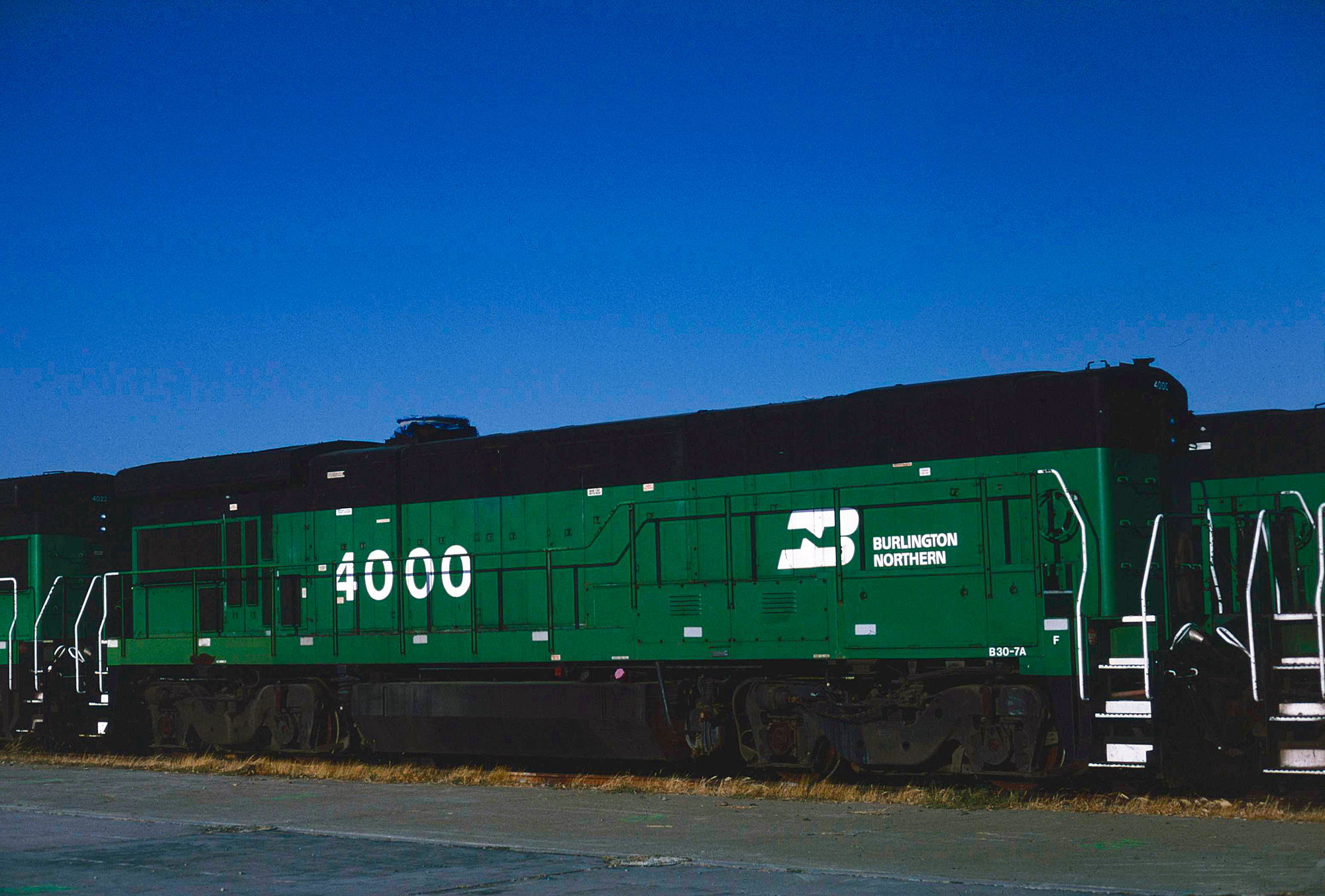 The success of this experiment saw other roads purchase versions of the B30-7A; the B30-7A1 and the B30-7A(B).  The former was acquired by the Southern Railway and included 22 units while the latter was a cabless variant purchased by Burlington Northern that totaled 120 examples.

The B30-7A1 is also notable for featuring a high, short hood (standard practice for the Southern at the time) and having the equipment blower moved from the rear of the locomotive (near the radiator) to just behind the cab as Louis Marre and Jerry Pinkepank note in their book "The Contemporary Diesel Spotter's Guide, The: A Comprehensive Reference Manual To Locomotives Since 1972." 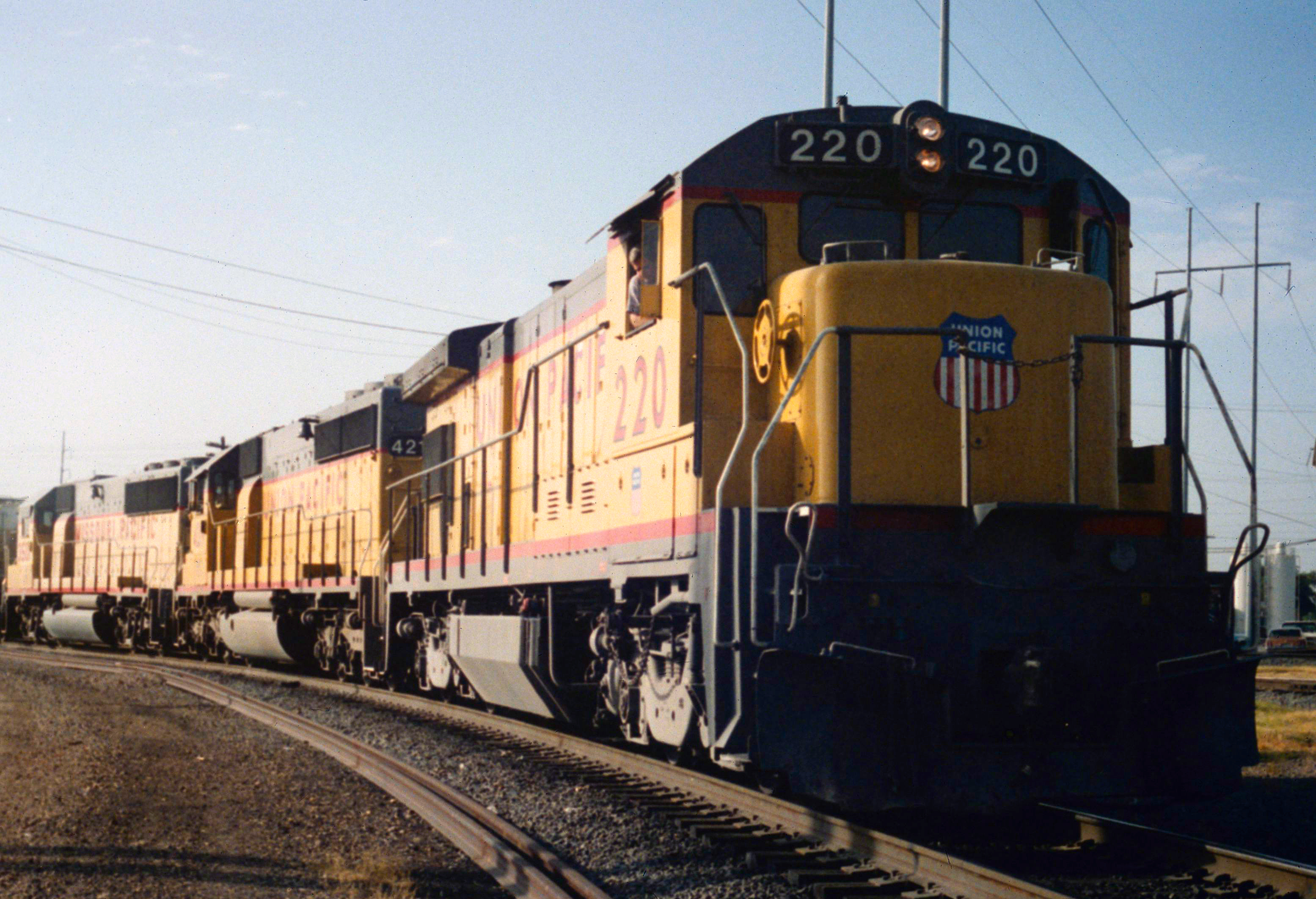 When General Electric ended production on the B30-7 in October, 1983 the company had sold 398 examples in the following configurations: