The Alco S2 was the second model of switcher the company produced although it was constructed at the same time as the earlier S1.

One of the significant differences between the two models was the increased horsepower of the S2, which was a 40% increase over the previous design.

The model had a ten year production run and railroads apparently liked the increased power as the S2 went on to being Alco's best selling small switcher.

While the large Class I systems tended to purchase the most S2s numerous smaller lines and industries also found the locomotive quite useful.

Typical of this era, American Locomotive produced a very rugged and reliable design, utilizing its 539T prime mover, that numerous railroads and other companies found quite useful.

Today, the S2 is one of the most preserved Alco models in existence and can be found throughout the country many of which are still operational.

Additionally, a handful of these locomotives still find a place on shortline rosters who find the units easy to maintain, rugged, with a knack to pull just about anything. 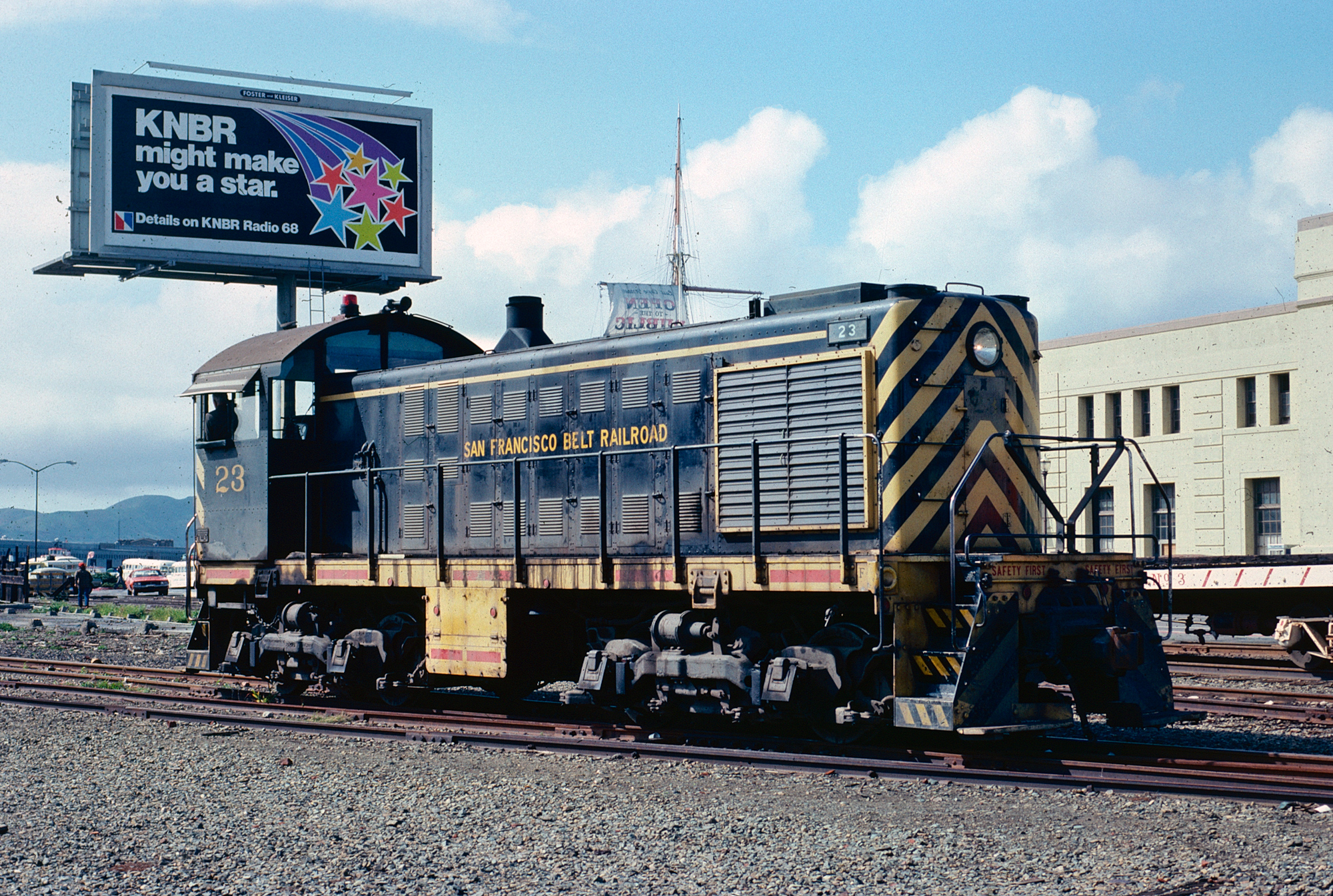 Like its S1 sister, the Alco S2 was first produced in 1940 featuring an end-cab design using McIntosh & Seymore's 539 diesel engine. However, unlike the S1 the S2 was more powerful and came equipped with a 1,000 horsepower rating.

With this increased power the S2 was more suitable for a wide range of duties from yard and switching services to freight operations (normally on branch and secondary lines).

The adept little switcher and its ability to seriously pull (an Alco trademark with all of its diesels) made it a favorite amongst industries as well because it could lug around heavy cuts of cars while also being able to negotiate the sharp curves and tight clearances found in these settings. 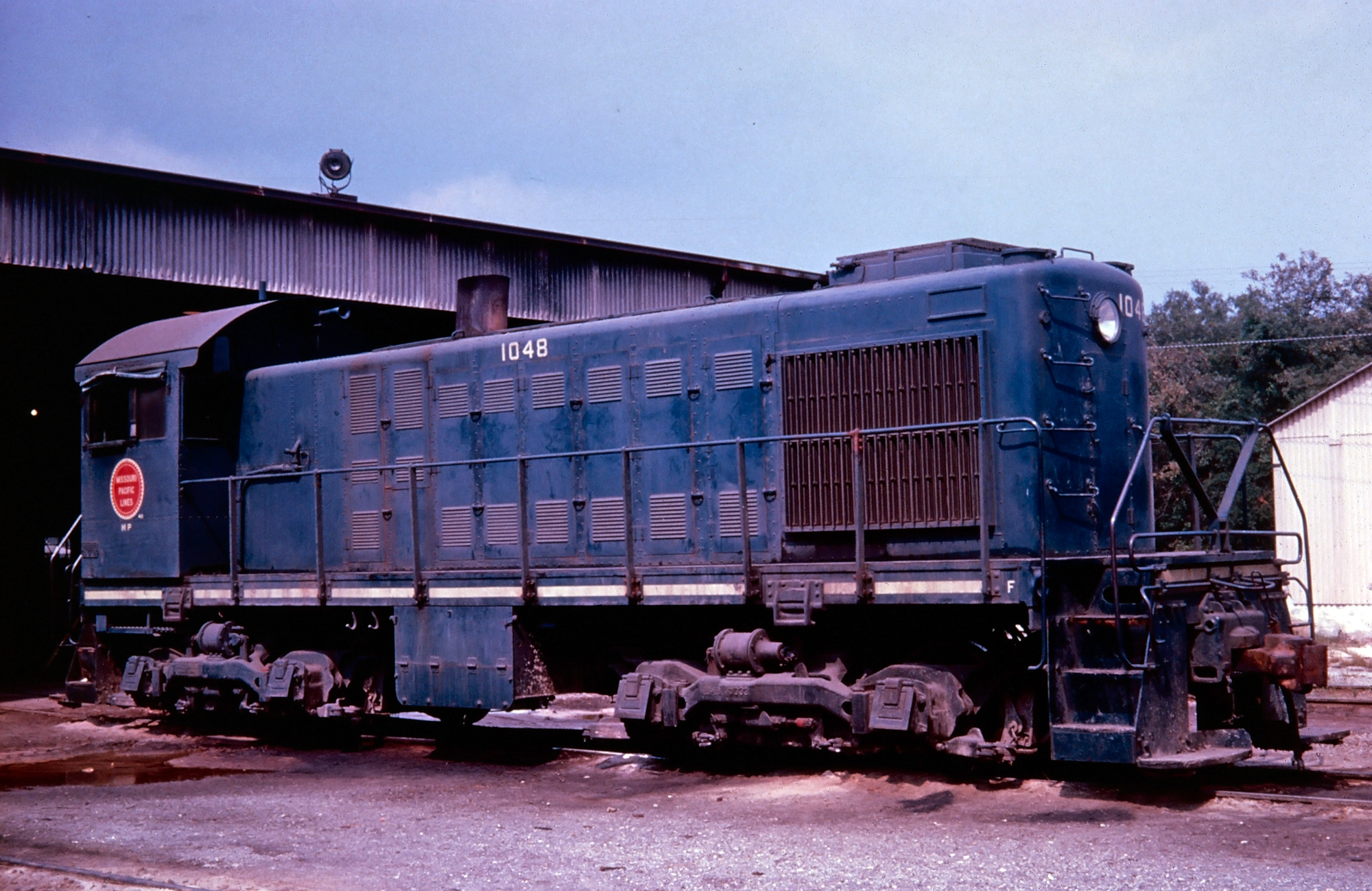 The Alco S2, like the S1, was born out of the company's long history (even by 1940) of studying and developing small diesel locomotives that dated back to 1918.

Their first true diesel line began with a series of switchers produced in 1931. These locomotives were developed in conjunction with McIntosh & Seymore and Westinghouse, the former providing the prime mover and the latter air components and a revolutionary cab design (the "Visibility Cab") that enabled crews maximum visibility.

With the help of famed industrial designer Otto Kuhler, Alco gave the models a clean look with beveled edges to the hood and cab.  They were offered in horsepower ratings of 300, 600, 660, 900, and 1000. 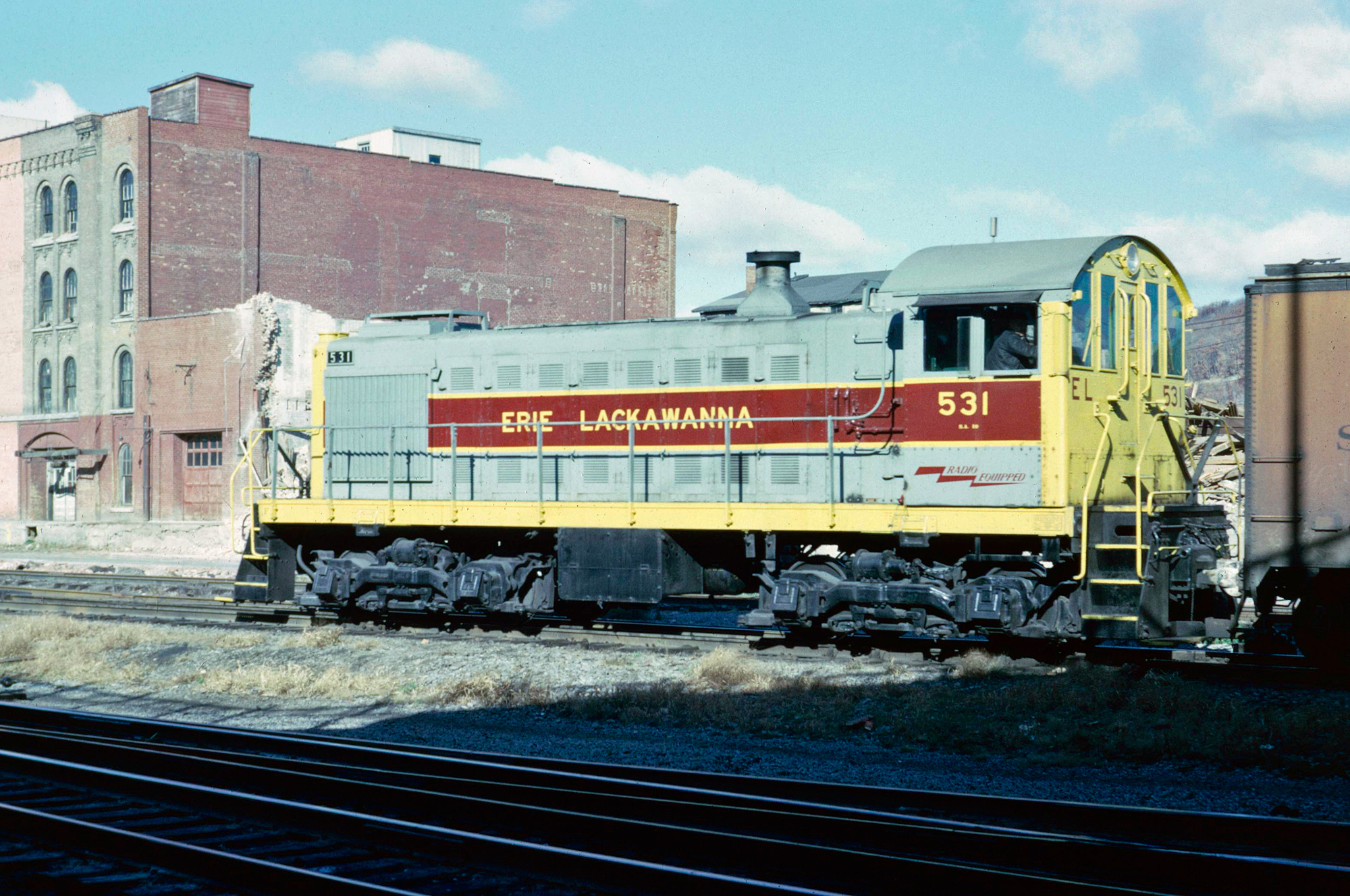 Contrary to popular belief in the railfan community, Alco never gave its initial line of switchers any name since the builder only had this single series in production, as John Kirkland notes in his book, "The Diesel Builders: Volume Two."

After Alco cataloged a low-hood variant (the "S" series), railfan publications sought to differentiate its first switchers.  As a result, the term "High Hood" was coined. 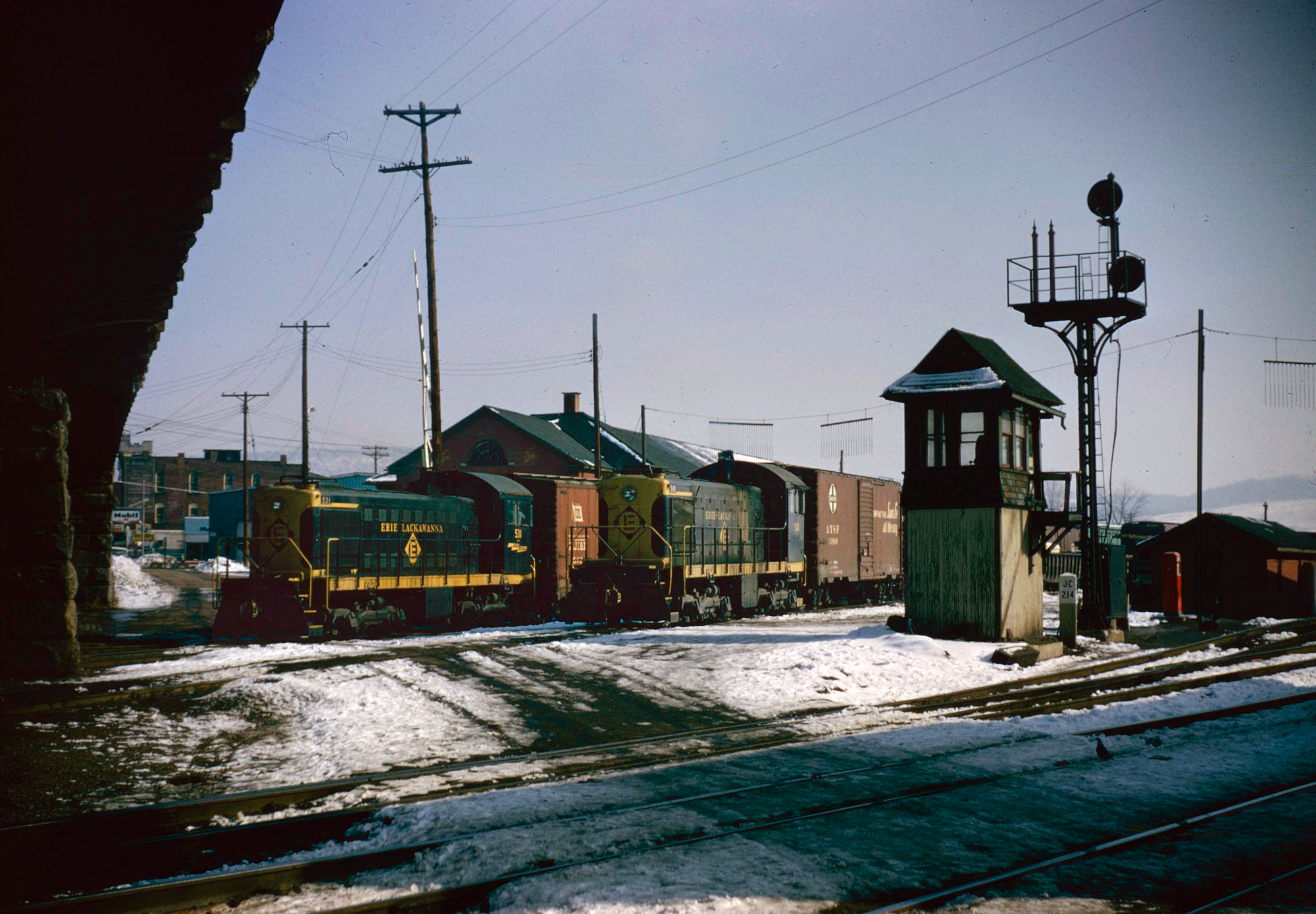 When Alco released the S series in 1940 it carried over many of the Kuhler design recommendations. As mentioned above the builder also carried over the McIntosh & Seymour prime mover and also continued to work with General Electric (provided traction motors and generators) and Westinghouse (provided air components such as brakes and compressors).

Easily the most popular design of the S series the S2 sold more than 1,500 units to various Class Is, short lines, and industries by the time production had ended in June, 1950.

Of note, the company's Montreal Locomotive Works branch also sold a number of S2s. Several Canadian lines including the Canadian National, Canadian Pacific, Alma & Janquiere, Ontario Northland as well as industry Aluminum Company of Canada all purchased the MLW version of the S2. 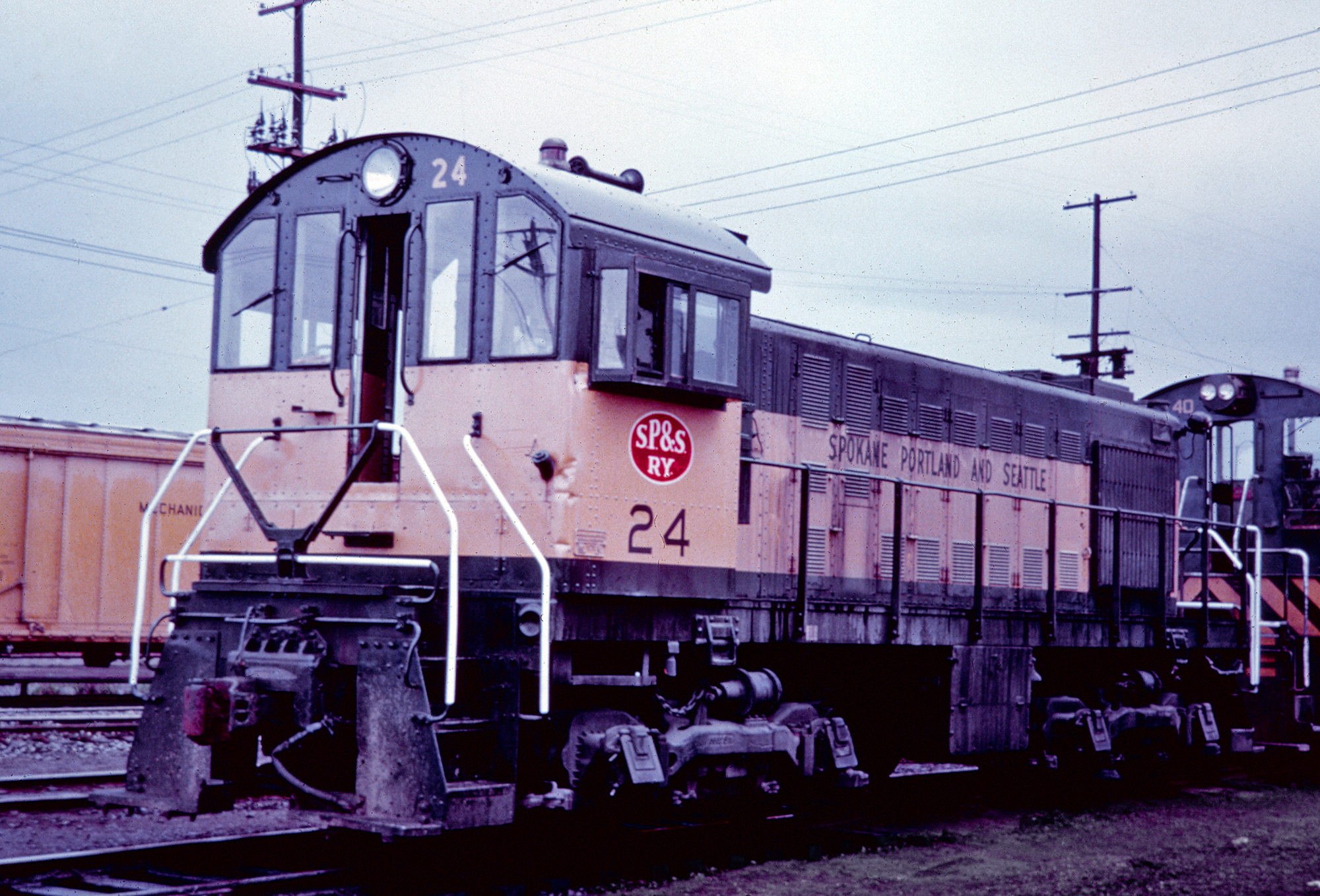 In total, MLW built 114 examples of the model for these companies. The S2 was also the last in the S series to be equipped with Alco's Blunt trucks, as all future designs used the more standard AAR type 1 or type 2 trucks.

The S2 also offered some serious tractive effort, another reason it sold very well. For weighing only about 115 tons the locomotive could produce 69,000 pounds of starting tractive effort and around 30,000 pounds continuous.

The S2 was the same length as the S1 and one of the few noticeable differences was the size of the radiator grill, which was smaller on the S1, as well as the smoke stack (the S2 featured a flared stack at its bottom while the S1's stack was more conical). These were not all of the slight design differences of the two but some of the more noticeable.