The C40-8 model and its variants (C40-8W, C40-8M, and C44-8W/C41-8W) began General Electric's dominance in locomotive manufacturing.  This reign lasted from the 1990s until GE sold its transportation division to Wabtec Freight in February, 2019.

The C40-8 series was the pinnacle of the "Dash 8" line that had been launched in 1984 when a group of prototypes began testing on four different railroads.

These early locomotives were offered in a variety of horsepower ratings and axle settings, largely ranging from 3,200 to 3,900 horsepower.

With the C40-8 series, GE uprated all of its road-switchers to an even 4,000 horsepower.  As the company continued pushing the envelope on its 7FDL prime mover, late era C40-8's were uprated to over 4,100 horsepower, and finally 4,400 horsepower.

The latter became a highly popular rating that witnessed more than 2,300 examples sold in the C44-9W model, a locomotive that remained in GE's catalog from 1993 through 2005.

Today, you can still find examples operating on CSX Transportation, Canadian National, and Union Pacific.  However, now at 30+ years of age their numbers are dwindling quickly. 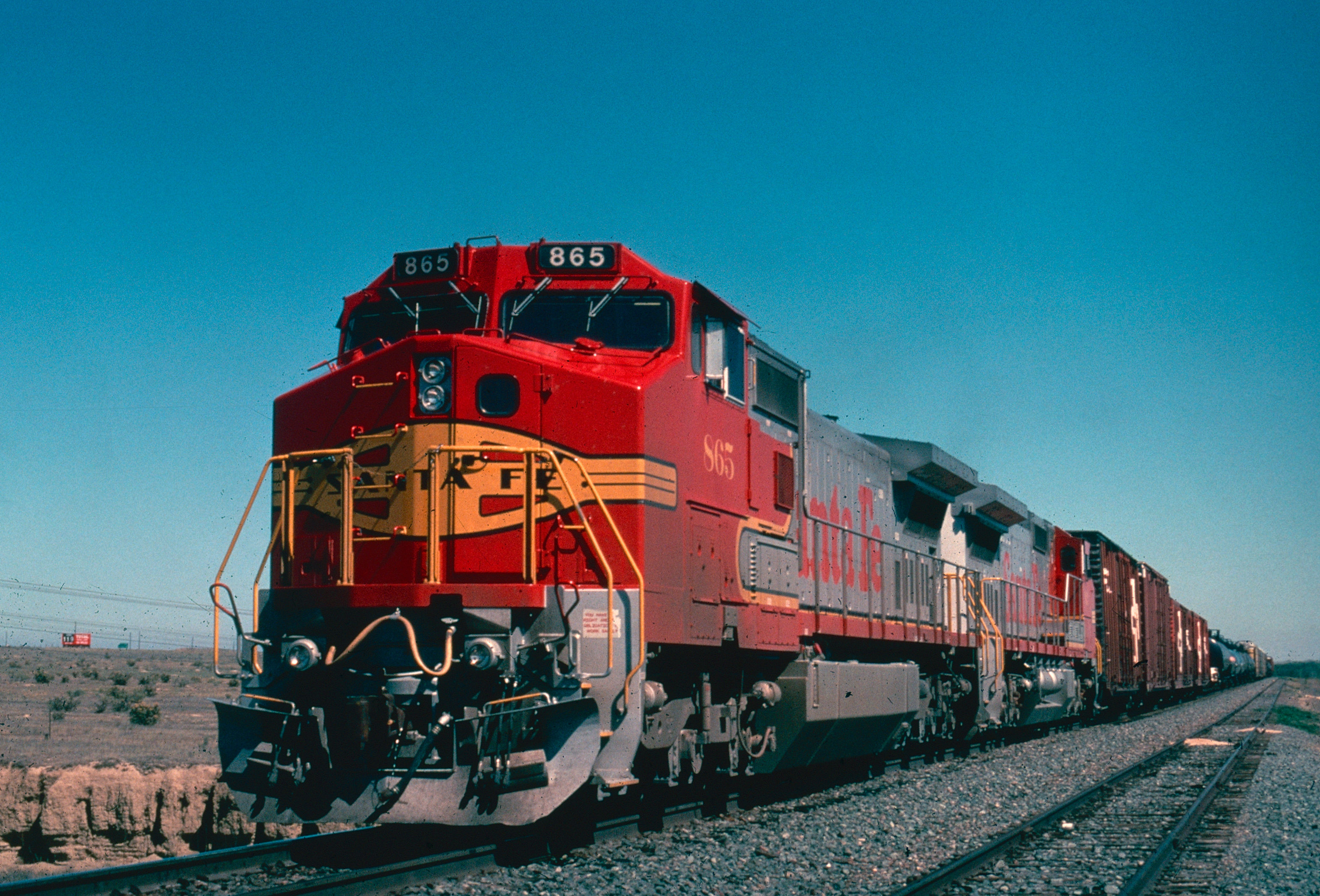 A pair of Santa Fe C40-8W's, about a year old, have a long freight south of Bragdon, Colorado on September 14, 1993. Author's collection.

The C40-8 began production in December, 1987 as an uprated version of the earlier C39-8.  The original variant sported GE's classic Standard Cab. However, that would change with the North American Safety Cab. 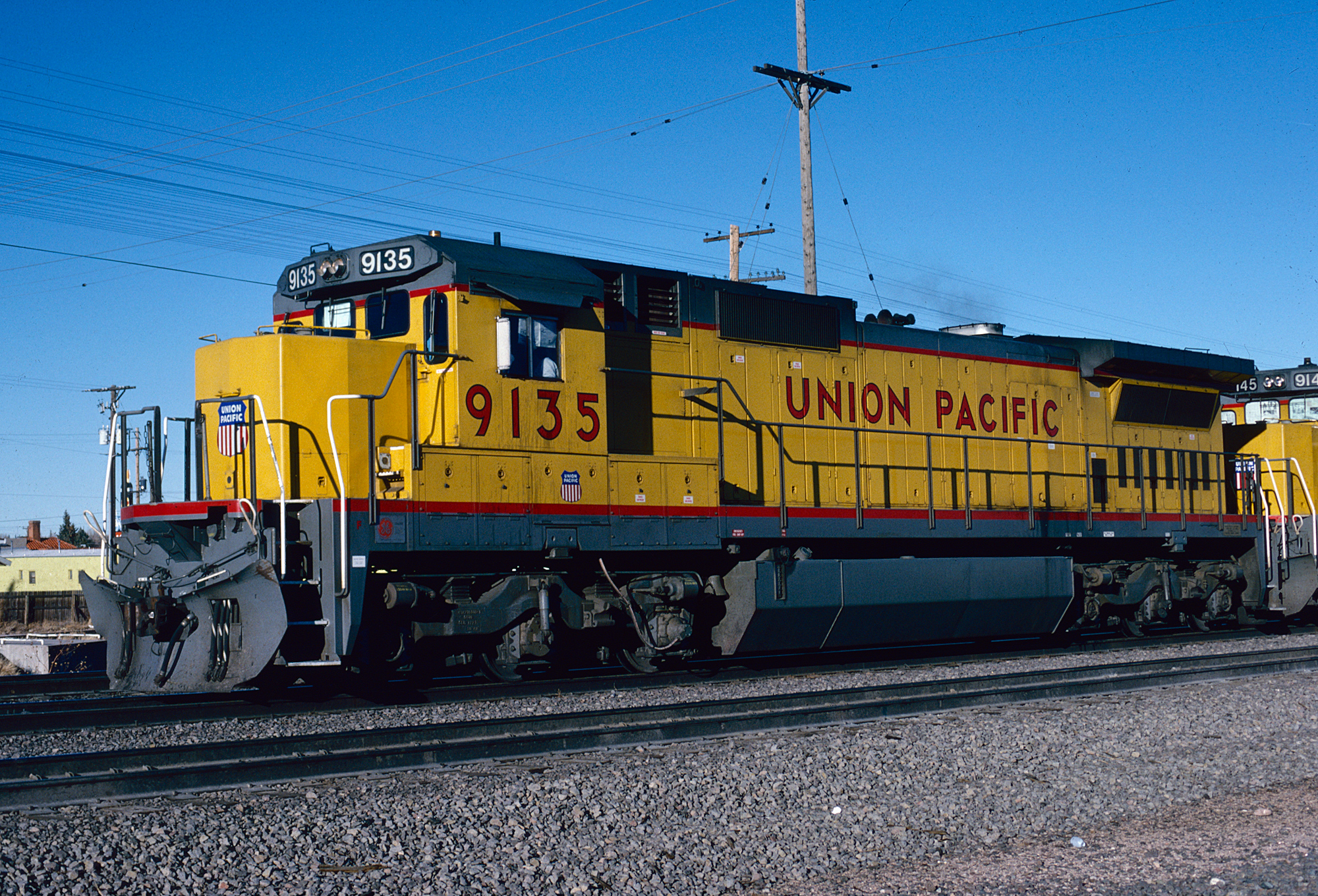 As Greg McDonnell notes in his book, "Locomotives, The Modern Diesel & Electric Reference: 2nd Edition," the model featured the latest in software upgrades and carbody improvements (redesigns to the cooling system, dynamic brakes, and radiators for a more streamlined appearance), a process that began with late C39-8 variants.

Orders for the C40-8 took off quickly in late 1987 with five Class Is ordering the Standard Cab design including: 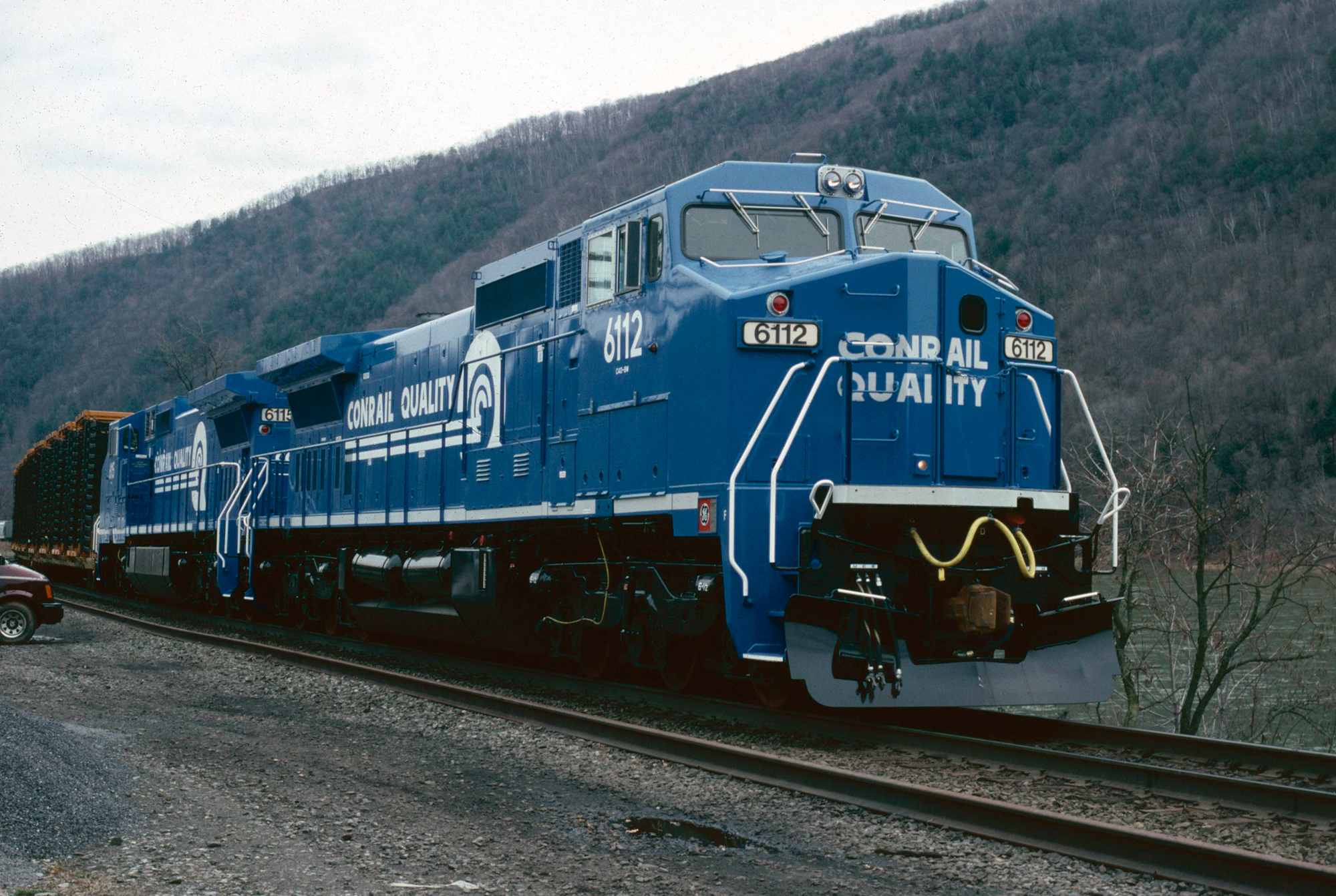 The wide cab, at least from an outward appearance, has changed little on new GE products since the C40-8W.  It features a sloped and beveled front nose, thin rectangular windshields, and a front access door leading to the pilot and front steps.

When production had ended in November, 1994 the C40-8W had sold nearly twice as many examples as its predecessor (847).

In addition to the original variants, GE built three others: 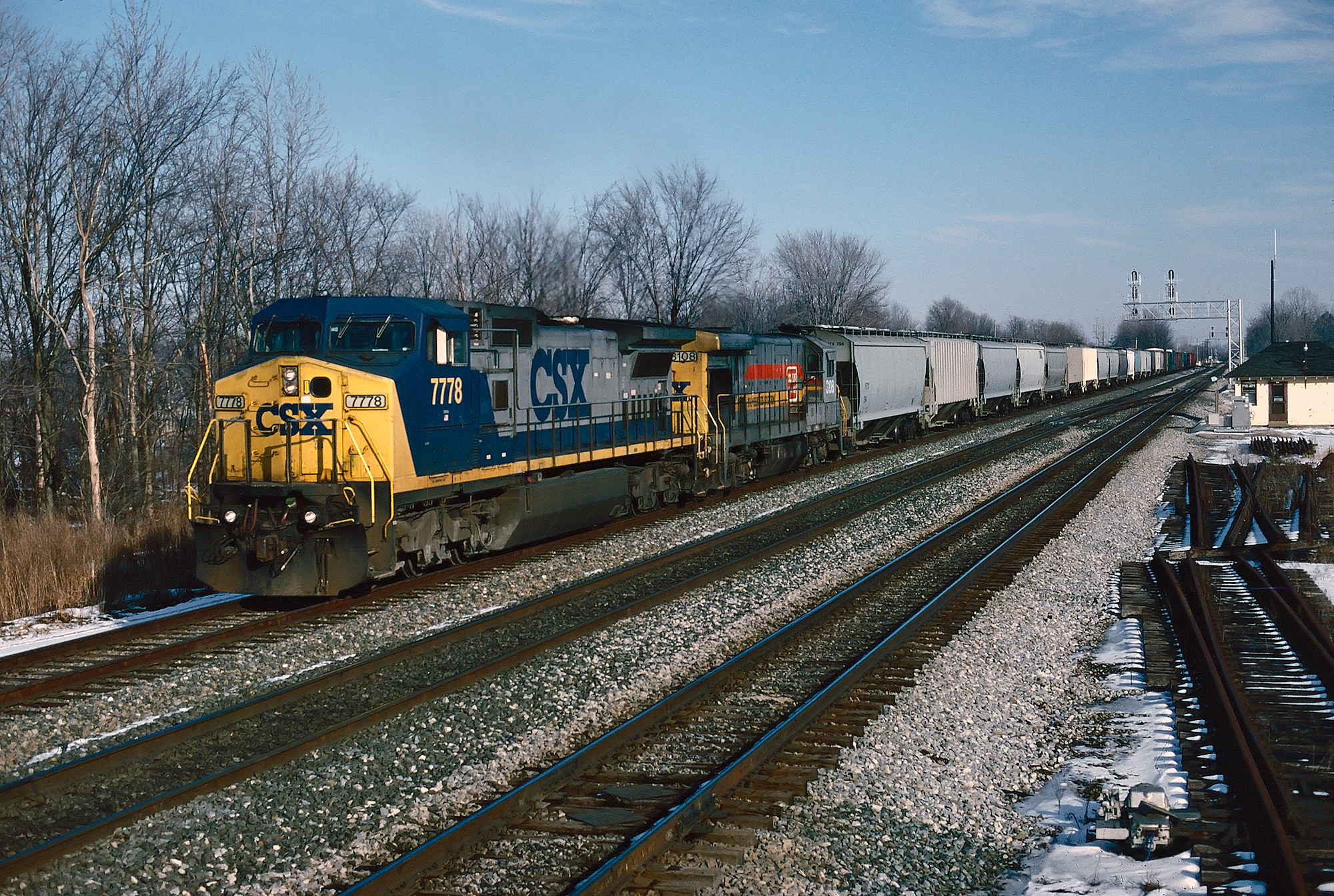 Interestingly, the first "Dash 9s" were rolling out of Erie as GE completed the final C40-8W orders, which included the LMS lease fleet painted in Conrail colors.

It is interesting to note that while present-day General Electric locomotives are known for reliability, they have not held up as long as some Electro-Motive models.

For instance, SD40 series locomotives have been, and continue to be, extensively rebuilt by Class Is such as at  Norfolk Southern.  Here, examples (now more than 40 years old) remain on the active rosters having been extensively rebuilt with the latest electronics and microprocessors.