Interestingly, per NS's wishes its first order, a group of 125 locomotives (C40-9), were equipped with GE's Standard Cab.  It was the final model to feature this design as wide cabs became standard on all new models after 1995.

They served the railroad well for nearly 20 years.  While most remain on the active roster the fleet has since entered a rebuild program.

Working in conjunction with General Electric, NS began upgrading its C40-9's in 2015 to 4,400 horsepower and a North American Safety Cab, thus giving them a C44-9W rating.

They also began testing a DC to AC conversion that year beginning with #8879.  As part of the overhaul it received a GE wide nose/cab and locomotive speed limiter (LSL), as well as cab signals.  It was reclassified as a AC44C6M. 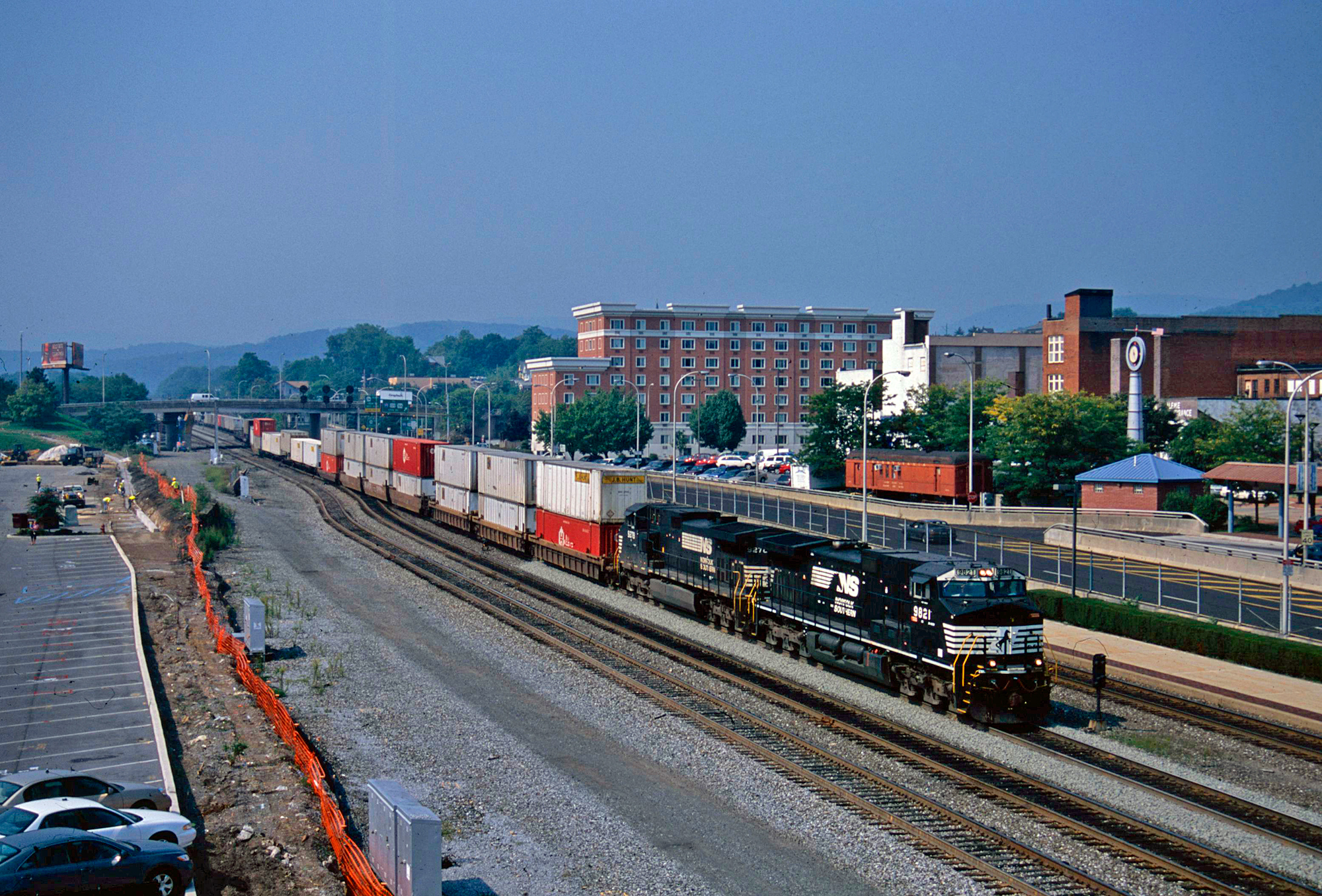 Brian Solomon notes in his book, "GE Locomotives," the Dash 9 line was more of a marketing tool rather a complete redesign.

It largely continued refinements that began with the Dash 8 series.  The notable improvements included:

One of the design's notable selling points was its incredible traction; 140,000 pounds of starting effort and 109,000 pounds of continuous effort (at 18.3 mph).

Production of the locomotive began in early 1995 and all the original C40-9's, a total of 125 units, were purchased solely by Norfolk Southern.

Very happy with this first batch, and desperately needing power to meet traffic demands of the economic boom ongoing at the time, NS returned for more and began purchasing the C40-9W. 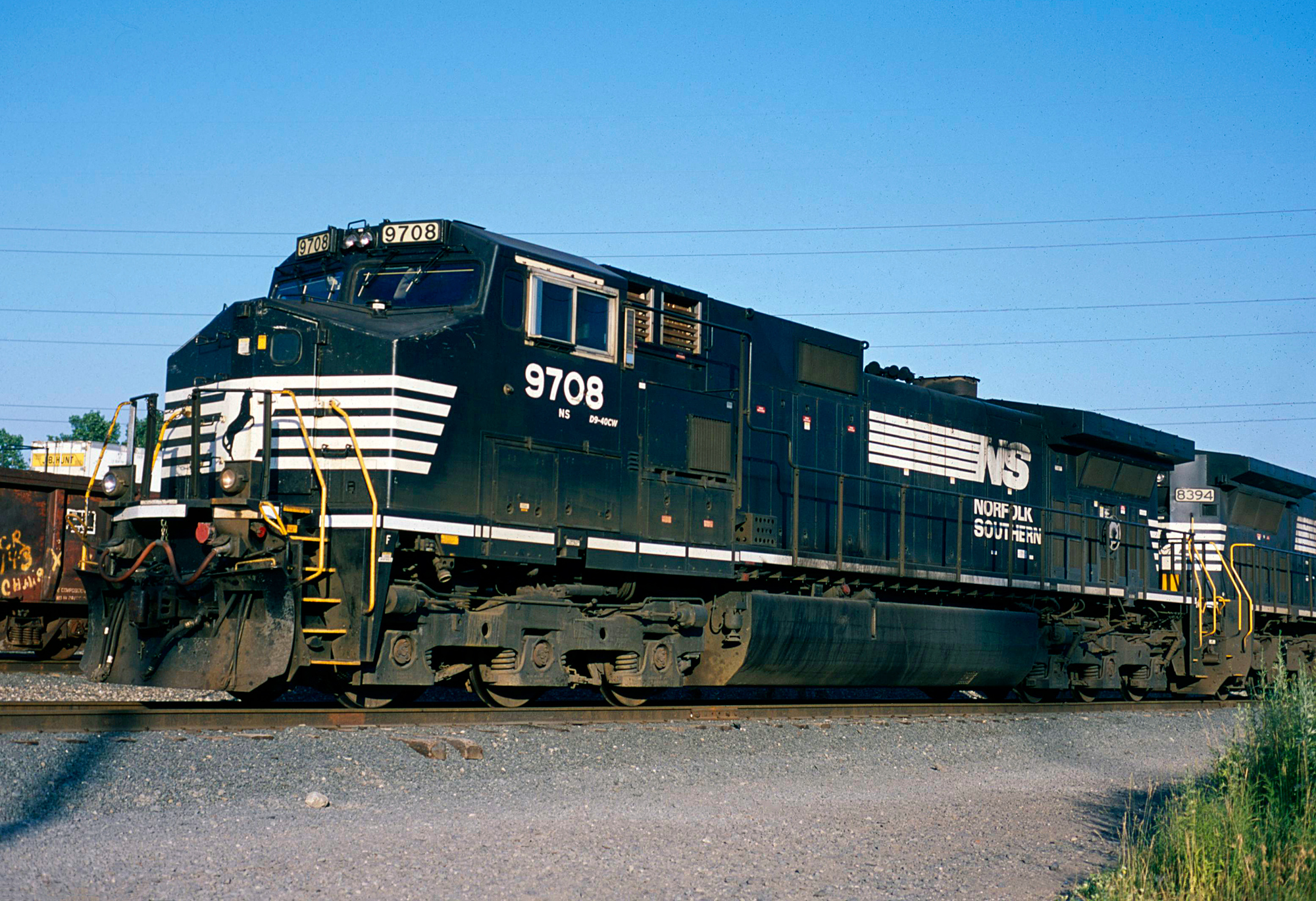 This wide cab variant was identical to its counterpart except for its North American Safety Cab, then standard on all new GE models.

Norfolk Southern never acquired the C44-9W.  Its reasoning was sound and based solely on operational needs.   As Mr. Solomon's book notes the railroad felt a 4,000 horsepower road-switcher was sufficient to handle the required tonnage.

As such, purchasing a model with greater horsepower, which requires more fuel, would be a waste of operational resources.  Interestingly, the C40-9W's could actually achieve 4,400 horsepower.

They were equipped with a Engine Governing Unit, or EGU, that could toggle the horsepower setting between 4,000 and 4,400.   Norfolk Southern continued to buy the later Evolution Series with 4,000 horsepower, known as ES40DCs.

By the time GE closed out the C40-9W order, Norfolk Southern owned nearly 1,100 units, and more than 1,200 in all. Up until that time it was one of the largest single orders ever for a particular model by an individual railroad.

Currently, NS has slowed its purchase of new locomotives.  Instead, the Class I has focused on an extensive rebuild program of older models to extend their service lives and save money on new purchases.