It's not often that a single diesel engine is credited with doing so much for the railroad industry, not to mention bringing an end to the reign of steam after more than a century of regular use.

However, this was the case with Electro-Motive's model 567 prime mover, a power plant that first debuted in the late 1930s and proved to America's always reserved railroads (who normally did not like change, particularly in that era) that diesel power was the wave of the future.

After first entering service the engine went through several upgrades and advancements being used in all of EMD's classic, first-generation locomotives.

After three decades of employment the manufacturer finally replaced it with the model 645 during the mid-1960s.  Today, several 567 variants and the locomotives they power remain preserved or in use around the country.

While General Motors exited the locomotive market in 2005 and Electro-Motive was dissolved as a corporate entity on September 1, 2016 (as a division of Progress Rail), the 567 remains one of the most successful and reliable prime movers ever put into service.

It is easy to maintain and incredibly rugged, which has enabled it to remain in significant numbers even today. 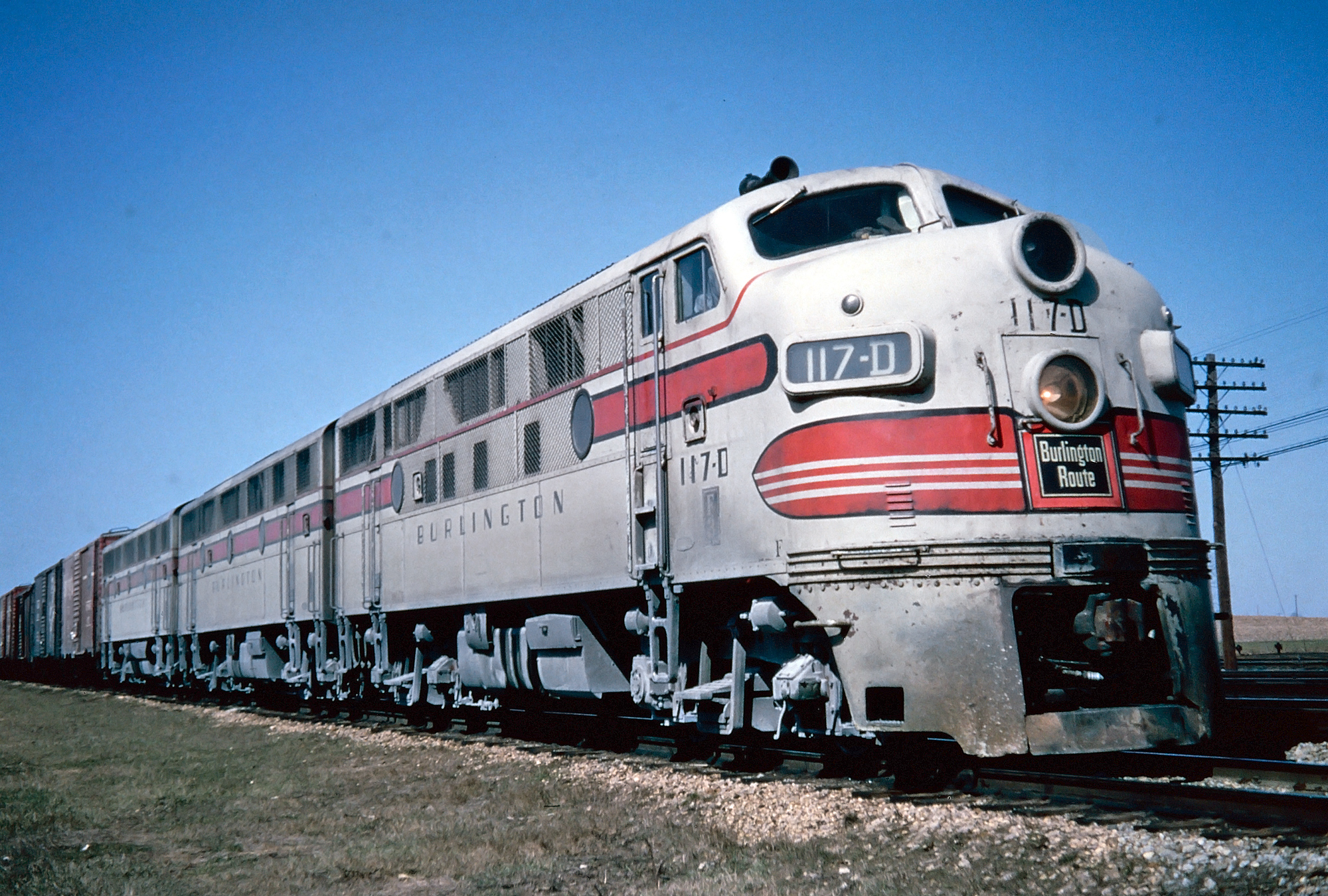 A handsome A-B-B set of Burlington F3's, led by #117-D, is seen here in freight service, circa 1964. Location not listed. American-Rails.com collection.

Electro-Motive's model 567 prime mover was born, partly out of necessity.  Throughout the 1930s the manufacturer had introduced radical new diesel-powered concepts to the railroad industry and general public such as Burlington's Zephyr streamliners and the early EA/E1/E2 passenger locomotives (among others).

However, these products had been built either in collaboration with others or outsourced which included the power plant, Winton Motor Carriage Company's model 201.  Interestingly, this diesel engine had been designed for marine applications, specifically submarines.

It was modified for use in rail service and classed as the 201-A as a V-12 design with an output of 900 horsepower.  While the engine proved its worth in convincing railroads that diesels could power locomotives in main line applications there was still much work to be done involving reliability. 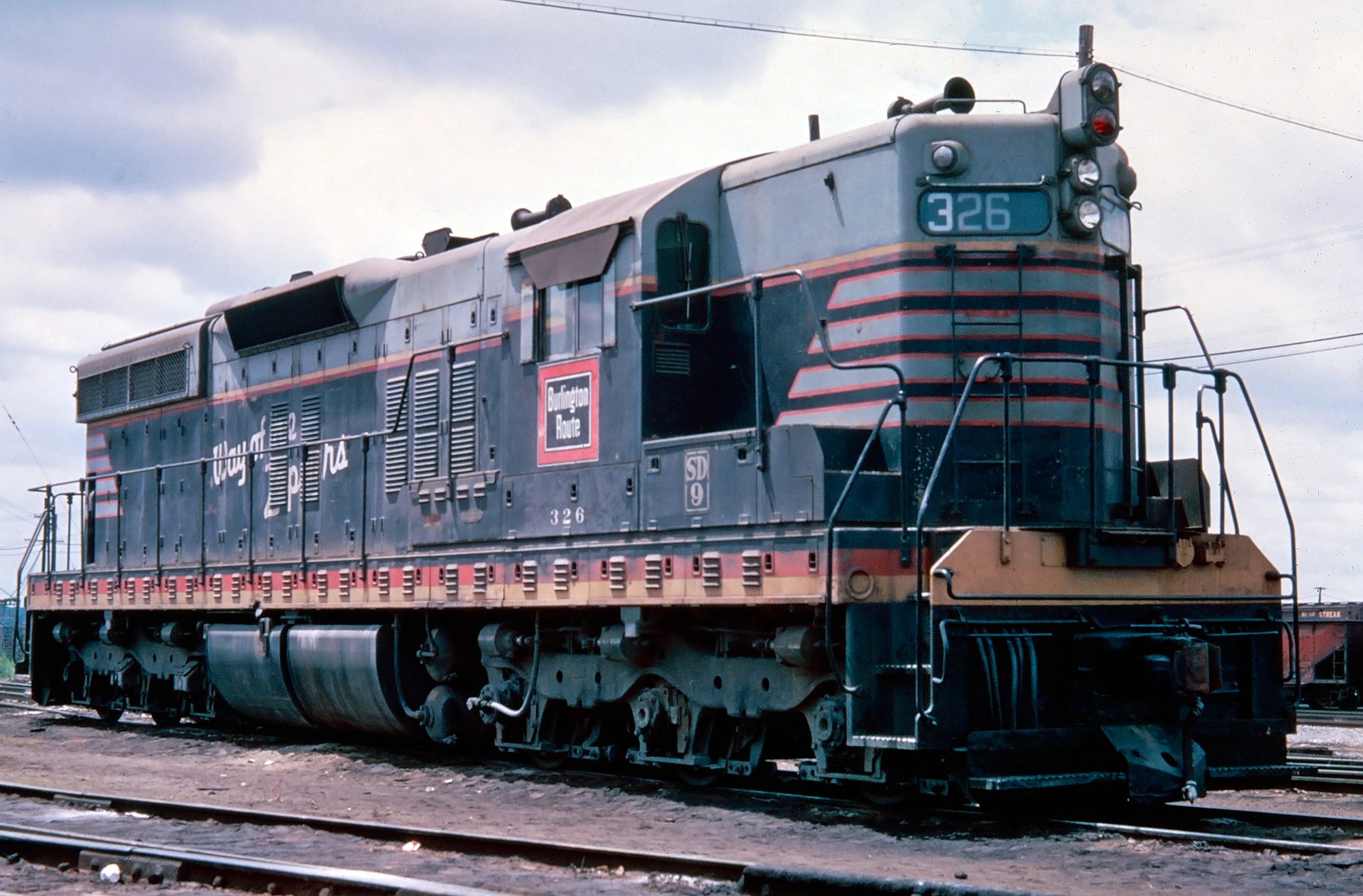 The 201 was simply not rugged enough for daily use in rail service.  During its time powering Burlington's Zephyrs, for instance, the engine was constantly breaking down or running into problems forcing Electro-Motive engineers to remain on the train for long periods of time if not the entire trip and perform overhauls en route.

Attempts were made to correct these problems but as Burlington's mechanical assistant H.H. Urbach noted in the August 1939 issue of Diesel Railway Traction, "The failures which have occurred and have been responsible for train delays are so varied in character that it is almost impossible to point a finger at on particular thing."

It was statements like these as well as the 201-A's continued problems in service that convinced Electro-Motive's new owner, General Motors to build a new power plant from the ground up if it wished to further advance diesel powered technology. 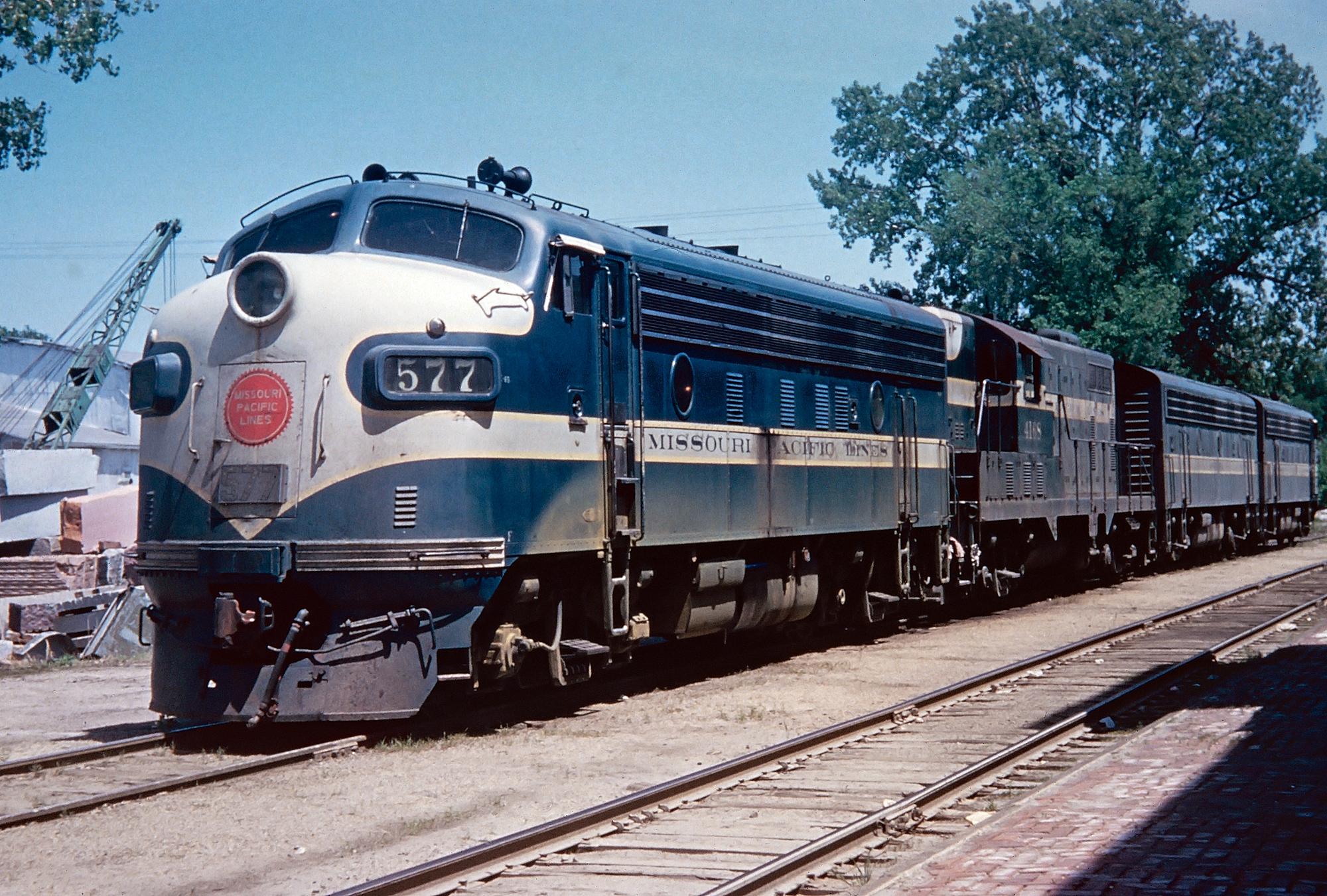 In 1930 GM had acquired Electro-Motive and in 1938 constructed a new plant for the company in La Grange, Illinois to build and fabricate its own locomotives without the need of subcontracting.

During 1936 development on the new model 567 engine began and after two years of rigorous work and research it was ready for production during late 1938.  When designing the power plant engineers worked from the 201-A and its failures. 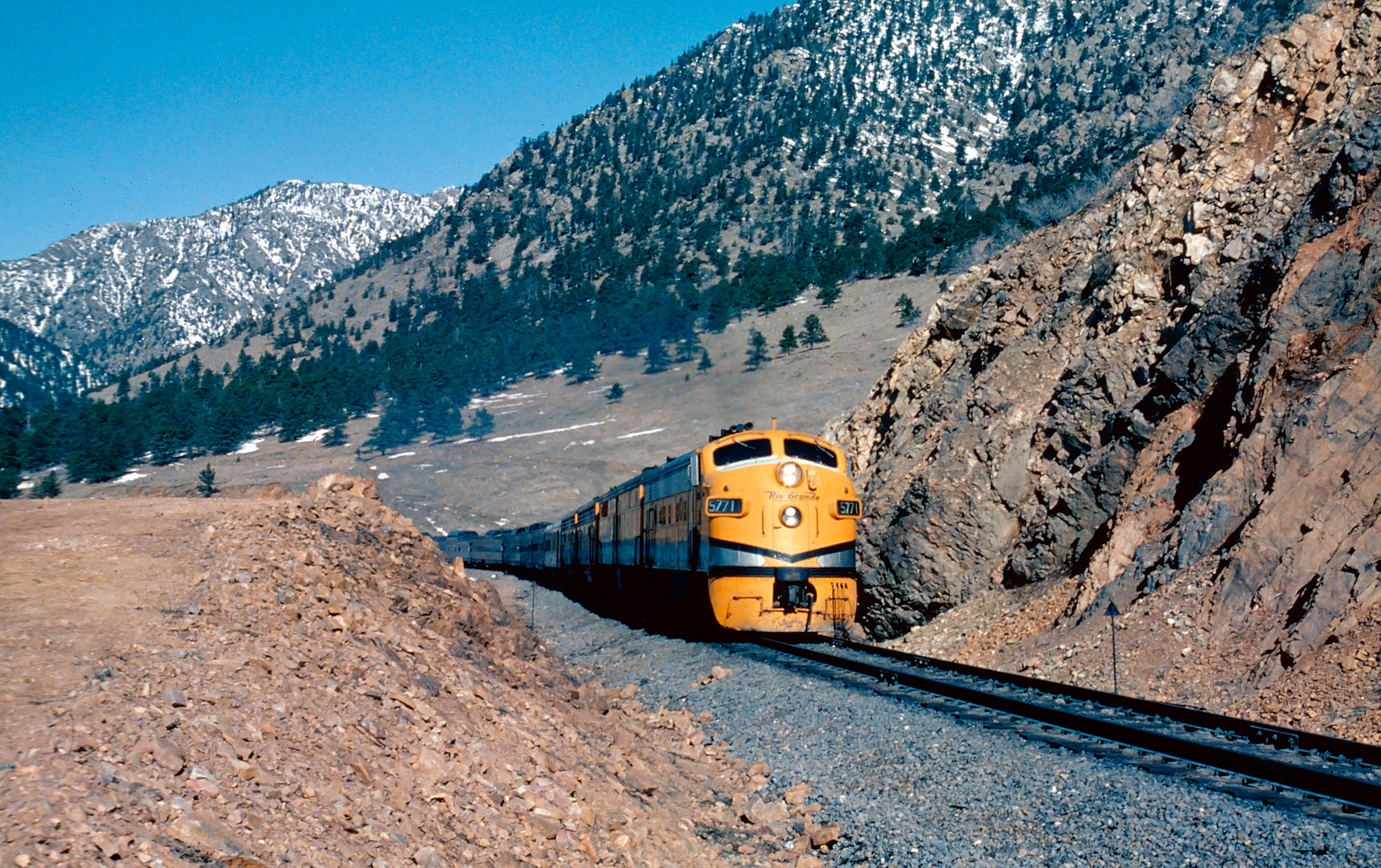 Rio Grande F9A #5771 climbs out of Denver with the westbound "Rio Grande Zephyr" as the train approaches Tunnel #1 east of Plainview, Colorado on a spring morning in 1983. Mike Bledsoe photo. American-Rails.com collection.

These improvements included things like a welded frame, forged castings, the use of cast-iron pistons (which lasted roughly five-times longer than the 201-A's aluminum pistons), reducing crankshaft and bearing stress as much as possible via particular attention to mounting, and most importantly allowing parts to be interchanged among different models whenever and wherever possible.

This last point in particular gave EMD a major advantage over its competitors by offering railroads an additional incentive in reducing operating and maintenance costs; new and various models could be purchased knowing that most parts could be swapped or changed between them.

The two-stroke, "V" design was named for the 567 cubic inches of cylinder displacement and it set the stage for how EMD listed all future engine models.

When changing, modifying, and/or improving the same model, which occurred often with the 567, sublettering was used.  The original 567 was used only in the E3, E4, E5, and E6 passenger models built between late 1938 and 1942. 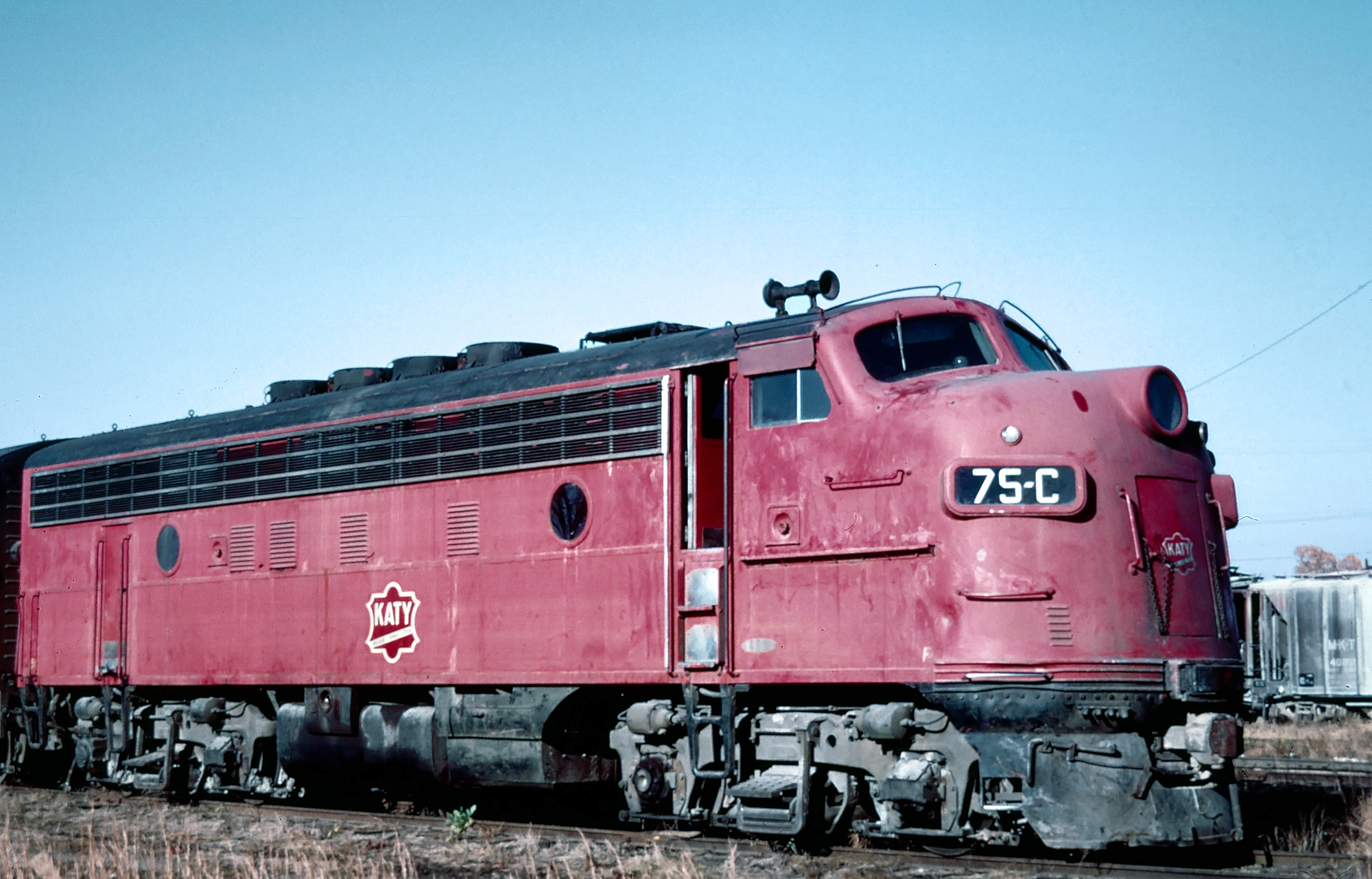 However, that changed in 1966 when the builder unveiled its new model 645 prime mover first appearing on the SD38 and GP38 designs cataloged that year. 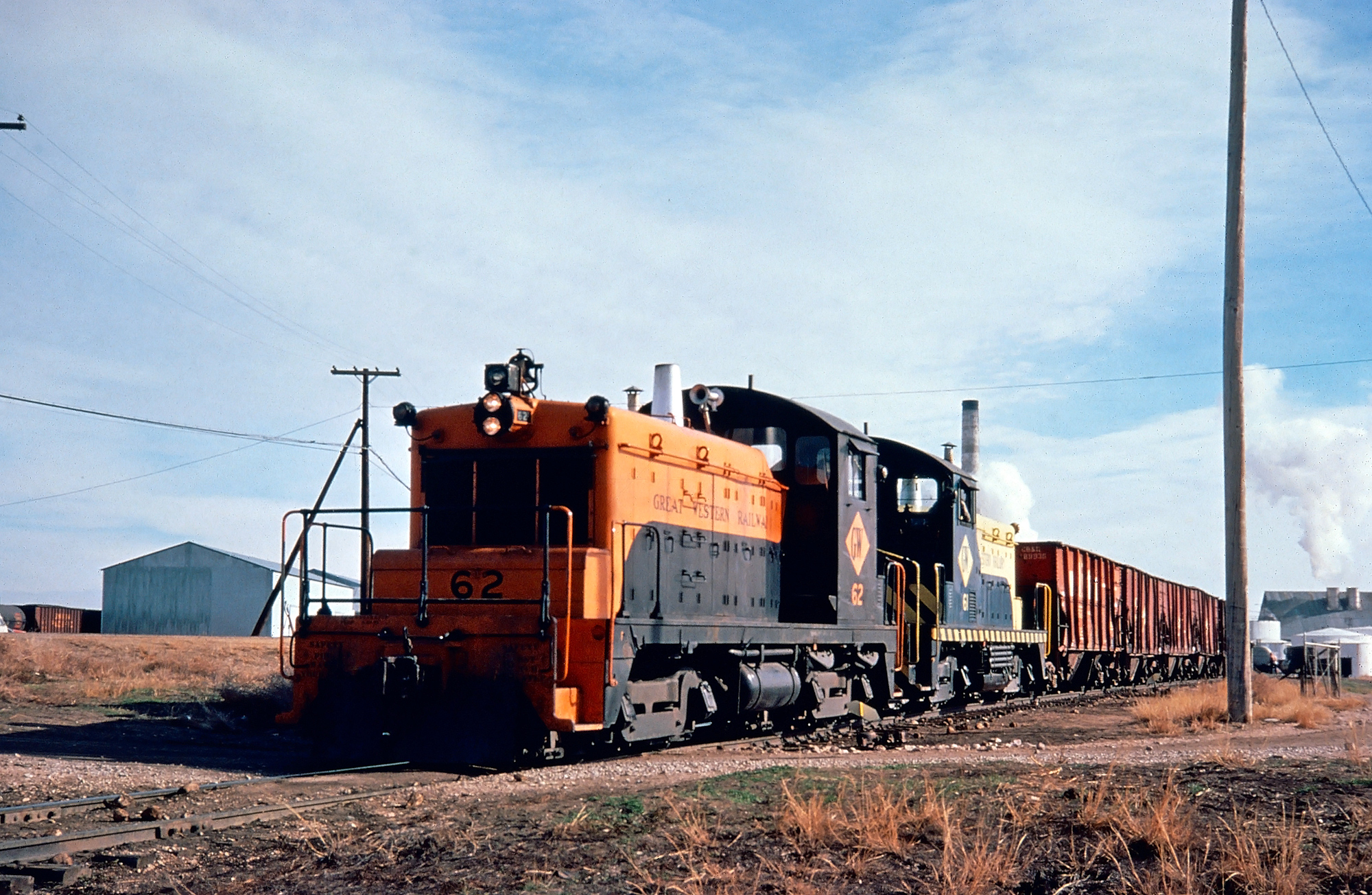 Great Western Railway of Colorado SW1's #62 and #61 have a cut of hoppers at Loveland, Colorado, circa 1960. American-Rails.com collection.

The 645 offered more horsepower and improvements of the 567 while continuing to provide high quality and reliability for which EMD had become known by that time.