The RSD7 was a much more powerful six-axle locomotive than anything the company had previously produced. Interestingly enough, the model wasn't even meant to compete with anything Electro-Motive, the industry leader, was then cataloging.

Instead, it was produced to compete against Fairbanks Morse's incredibly powerful and widely heralded H24-66 "Train Master."  Unfortunately, this was one reason for Alco's downfall as the builder never anticipated market demands.

Ironically, the company is credited with the road-switcher's invention, still in use today as the industry's primary road power.  Alas, management failed to recognize its own achievement for sustained, long-term success.

At the time of the RSD7's development railroads were still not embracing six axle diesels, let alone high horsepower models.

As such, the design proved to be just another setback for the American Locomotive Company (Alco), something that unfortunately was becoming more and more than norm. With so few RSD7s produced, barely two dozen, sadly none have been preserved for posterity. 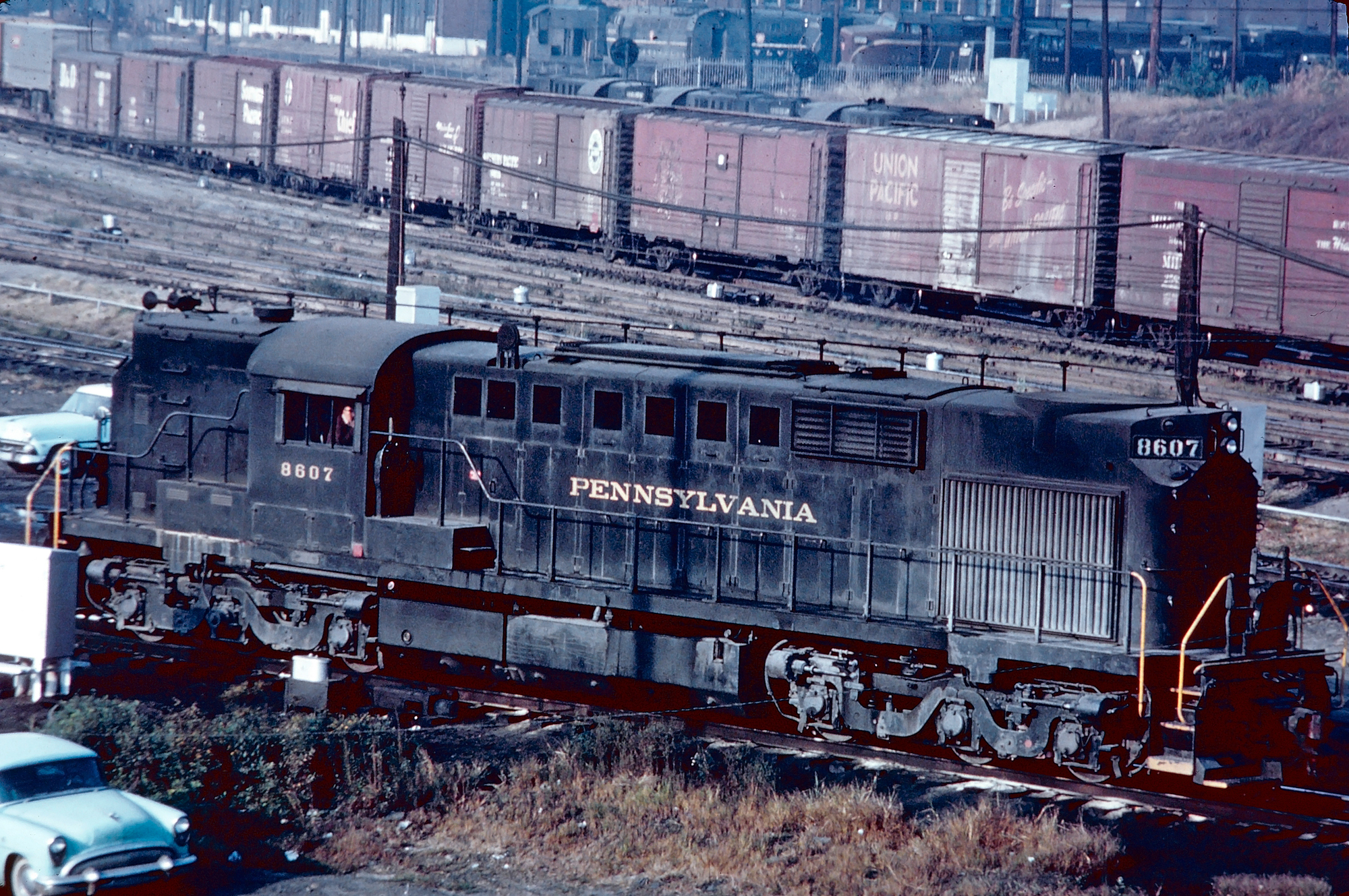 The Fairbanks Morse Company dated back to the 1830s and became highly regarded in later years for its durable marine diesel engines.

However, in the mid-1940s it decided to enter the highly competitive diesel locomotive market, making a name for itself via its opposed-piston prime movers. Interestingly, when FM decided to release the H24-66 model it had been building locomotives for less than 10 years.

The design was nearly a decade ahead of itself as high horsepower, six-axle locomotives had yet to catch on with railroads. However, for some reason Alco decided that it needed to offer its own version of FM's Train Master.

Oddly, the company should have known the design was unpopular as its previous five other six-axle models had sold a combined 666 units (the RSD1, RSC2, RSC3, RSD4, and RSD5).

While the RSD5 (a modestly successful model, in comparison to how six-axle locomotives were selling at the time) was still in production, Alco released the RSD7.

The locomotive began production in 1955 and used the builder's standard prime mover of the time, the 244 model. It was the last model to use this engine prior to Alco's introduction of the 251 prime mover.

The RSD7 was the last Alco model to use this engine as the RS11 (and later versions of the FA and PA) would use the company's newer, and much more reliable model 251B.

The RSD7 could originally produce 2,250 horsepower although  after initial sales proved quite poor it increased this to 2,400 horsepower, which directly matched the FM's H24-66. The locomotive saw a major change in how Alco produced road switchers.

Despite having originally pioneered the design, the Schenectady builder took a cue from EMD and began producing its later road switchers, beginning with the RSD7, with hoods that ran flush with the top of the cab. 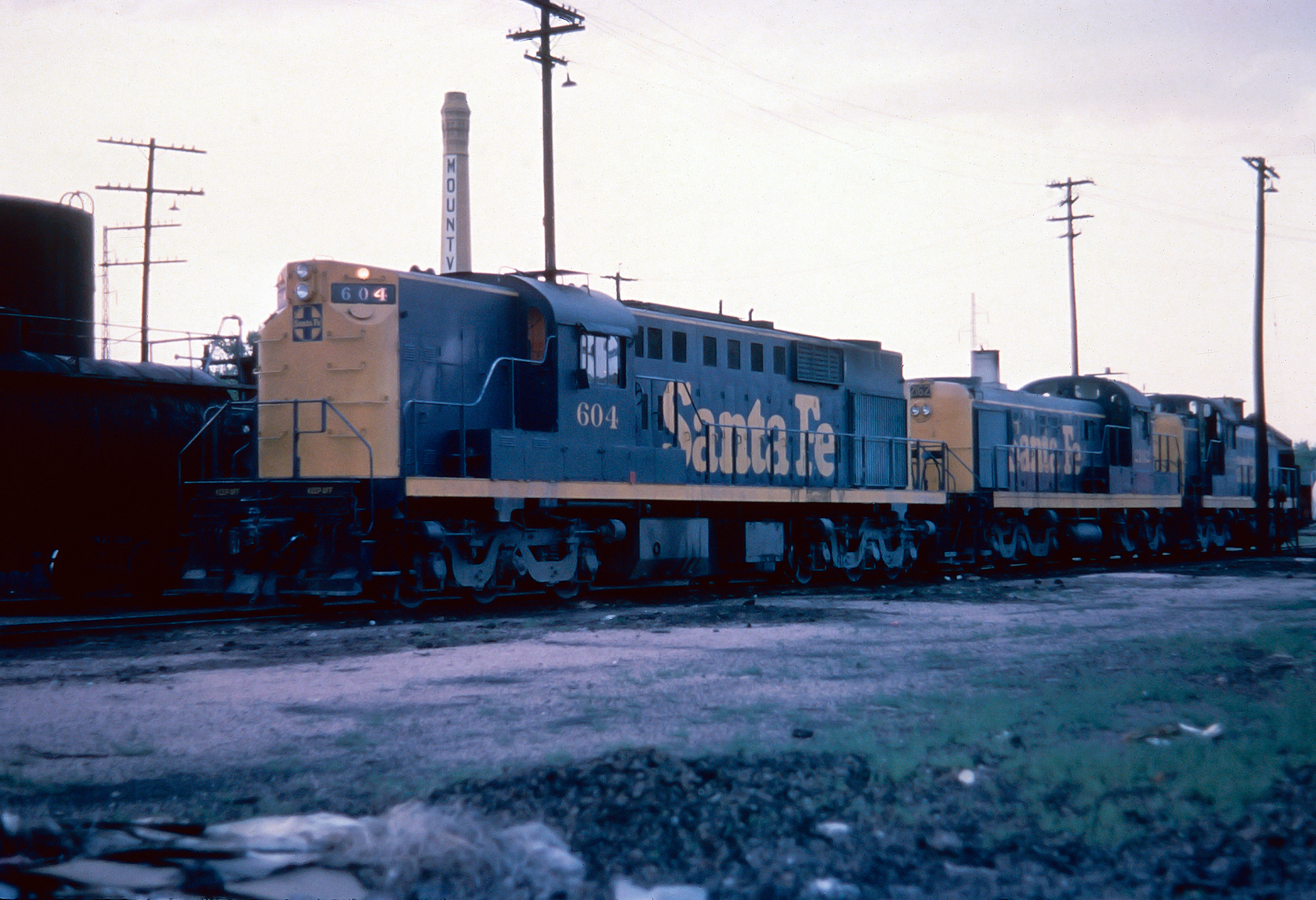 Savvy diesel spotters can easily identify Alco's version, however, by the notched corners. The RSD7 proved one of the most powerful RS series designs Alco produced and also offered some of the highest tractive efforts; 95,600 pounds starting and 69,800 continuous, which also included dynamic braking.

These later models released by Alco were some of the last built in conjunction with GE, as by 1959 the latter began producing its own line of diesels, the Universal series.

Even more unfortunate, the H24-66, also considered a failure by FM, sold some 127 TMs nearly five times more than the RSD7. Alco's six axle models were meant to provide a sizable increase in traction; for instance, the ten purchased by the Atchison, Topeka & Santa Fe were used exclusively in helper service along the railroad's high grades in New Mexico and Colorado, such as Raton Pass.

Despite this now obvious economic advantage, railroads had yet to bite on six-axle locomotives.  Ironically, FM and Alco were both just a few years away from missing the market; EMD began selling increasingly more six-axle designs during the transition decade of the 1960s such as the SD35, SD38, and the incredibly popular SD40 series.