The C636 was Alco's final and most powerful six-axle road-switcher. While nearly 100 were built, less than 40 were sold to US railroads.

Unfortunately, issues with the C636's internal mechanics, made many railroads hesitant to purchase the model, coupled with Alco's issues with its early engine variants.

Alco continued to lose market share to GM's Electro-Motive Division and General Electric from the 1950s onward (GE began building its own diesel after 1959).

Interestingly, despite few sales of the C636 (and sister M636) you can still find the locomotive in regular service on short lines Delaware-Lackawanna and Livonia, Avon & Lakeville. 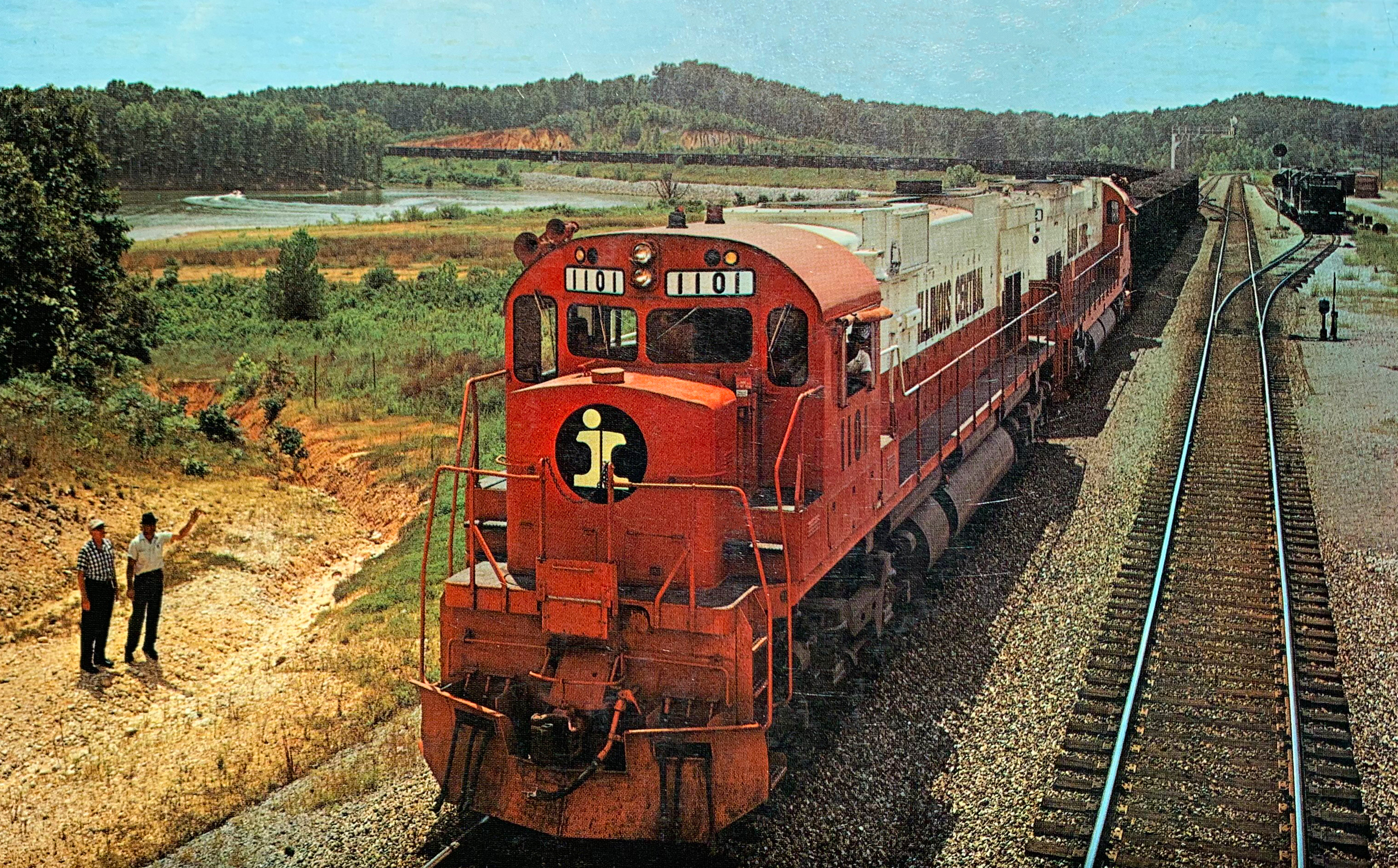 An Illinois Central publicity photo featuring a pair of its new C-636's with a long coal drag somewhere on the Kentucky Division in the summer of 1968. Author's collection.

The C636 began production in 1967 just a little over one year before the company would outshop its last locomotive.

Likely due to Alco's haste to keep pace with GE and EMD the C636 was plagued with problems that this time was not due to the prime mover.

Instead, railroads such as the Santa Fe found issues with the traction motor blower failing, which would cause the prime mover to likewise shutdown.

Ultimately, this issue and Alco's already shaky reliability in its earlier engines (539 and 244) kept many railroads from purchasing models equipped with the more rugged 251 engine. 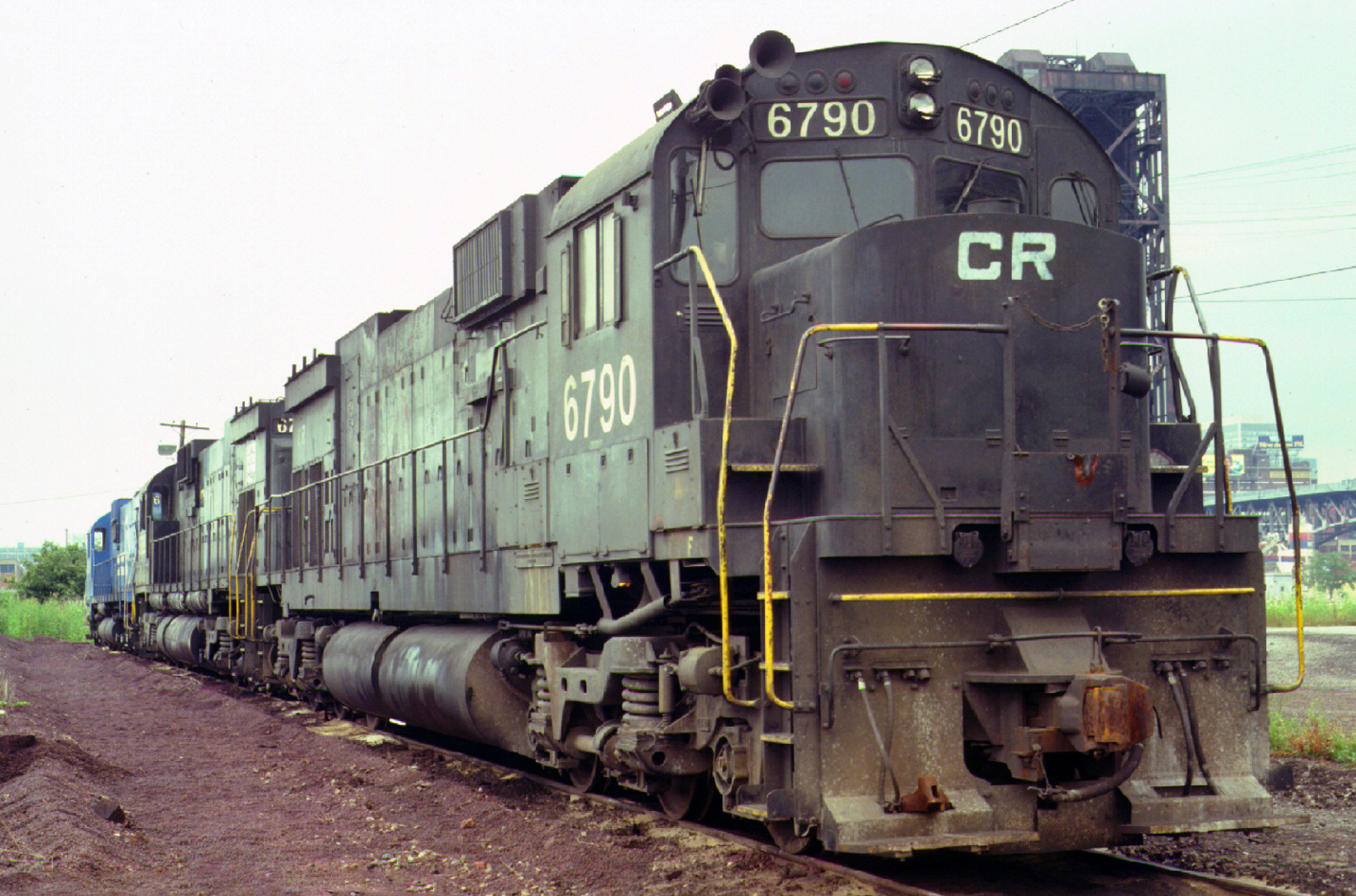 Conrail acquired a large fleet of these big C636's from Penn Central, which purchased 15 examples. Three are seen here tied down at the Whiskey Island Ore Docks in Cleveland, Ohio on July 24, 1978. Arnold Morscher photo.

Additionally, the high horsepower, six-axle locomotive market had yet to take off although by the late 1960s railroads were beginning to understand its benefits.

For instance, the industry leader at the time, Electro-Motive, sold more than 5,000 examples of its four-axle, General Purpose variants including the GP35, GP38, GP40. In contrast, similar six-axle versions sold just over 500.

However, before the decade ended, EMD released the SD40 in 1966. It was cataloged about the same time as Alco's C636 and while the SD40 produced less horsepower the industry was impressed with everything it offered.  Ultimately, some 1,200 were sold before its replacement, the updated SD40-2, saw even higher sales.

As powerful as the six-axle Century line was, particularly the C636, railroads came to also dislike them as they caused significant wear to the track structure.

Unless a railroad used the C636s on a line that was equipped with heavy rail and a high degree of maintenance the infrastructure really took a beating from the locomotives.

Even then, most companies were turned away by the weight issues with the earlier C628 and C630. Additionally, with the industry being at its weakest point in its history during the late 1960s and through the 1970s few roads had the monetary resources or track to operate the C636.

In the end, only 83 units of the Alco C636 and M636 (built by the Montreal Locomotive Works) were sold, and of those only 31 were purchased by US railroads (Penn Central, Illinois Central, and Spokane, Portland & Seattle). Alco also built three demonstrators (#636-1, #636-2, #636-3) that were purchased by Québec Cartier Mining.

The M636s were purchased by Canadian National, Canadian Pacific, Ferrocaril del Pacfico, and Québec Cartier Mining also picked up a few more. Most of these locomotives were built by MLW after Alco had shuttered its Schenectady, New York plant.

* The 3 demonstrators were purchased by Morrison-Knudsen, one month prior to Alco discontinuing locomotive production.  They were initially sent to Australia, numbered 5401-5403, and used in the construction of iron ore railroads according to John Kirkland's book, "The Diesel Builders: Volume Two." 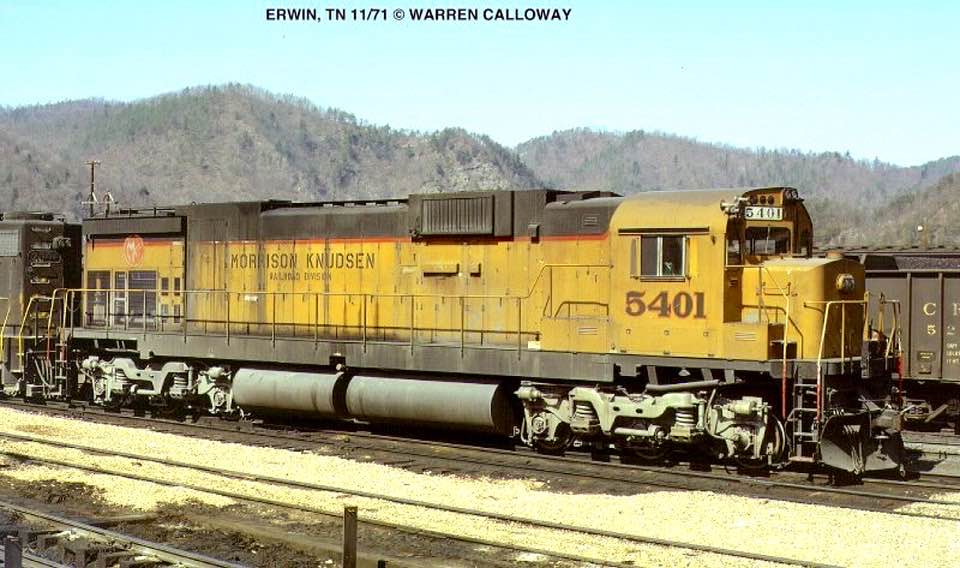 They later returned to the United States (with the same numbers and an "MK" livery) and spent time as leased units on various railroads, such as the Clinchfield (seen above in a Warren Calloway photo taken in November, 1971 at Erwin, Tennessee).

The trio was eventually acquired by Québec Cartier Mining, numbered 77-79, and handled heavy ore trains for many years.

The primary difference between the M636 and the C636 was that the former rode on Dofasco trucks while the latter featured high adhesion trucks. British Columbia Railway's M636's also came equipped with wide cabs.