The Alco S-1 was one of the first switcher models the company produced and debuted just after the company had released its first ever main line design, the DL series.

The American Locomotive Company's history with switchers actually dated as far back as the boxcab design it had developed in conjunction with General Electric and Ingersoll-Rand in 1918 for the Jay Street Connecting Railroad (#4).

In 1931 it began constructing more standard designs beginning with a 300 horsepower variant (despite railfans classifying these switchers as "High Hood" types, Alco never used such terminology as John Kirkland notes in his book, "The Diesel Builders: Volume Two").

Along with this model Alco built 600, 660, 900, and 1,000 horsepower versions through July, 1940.  Convinced that it could successfully market a line of switchers, the builder released its "S" series (Switcher) soon after.

The dichotomy of Alco is fascinating; the builder proved quite successful with its switchers and light road-switcher models (RS-1, RS-2, and RS-3).

However, it struggled to catalog an effective and rugged road-switcher design that could handle the stresses and beating of daily freight service.  Today, numerous S1's are preserved around the country, many of which are still operational. 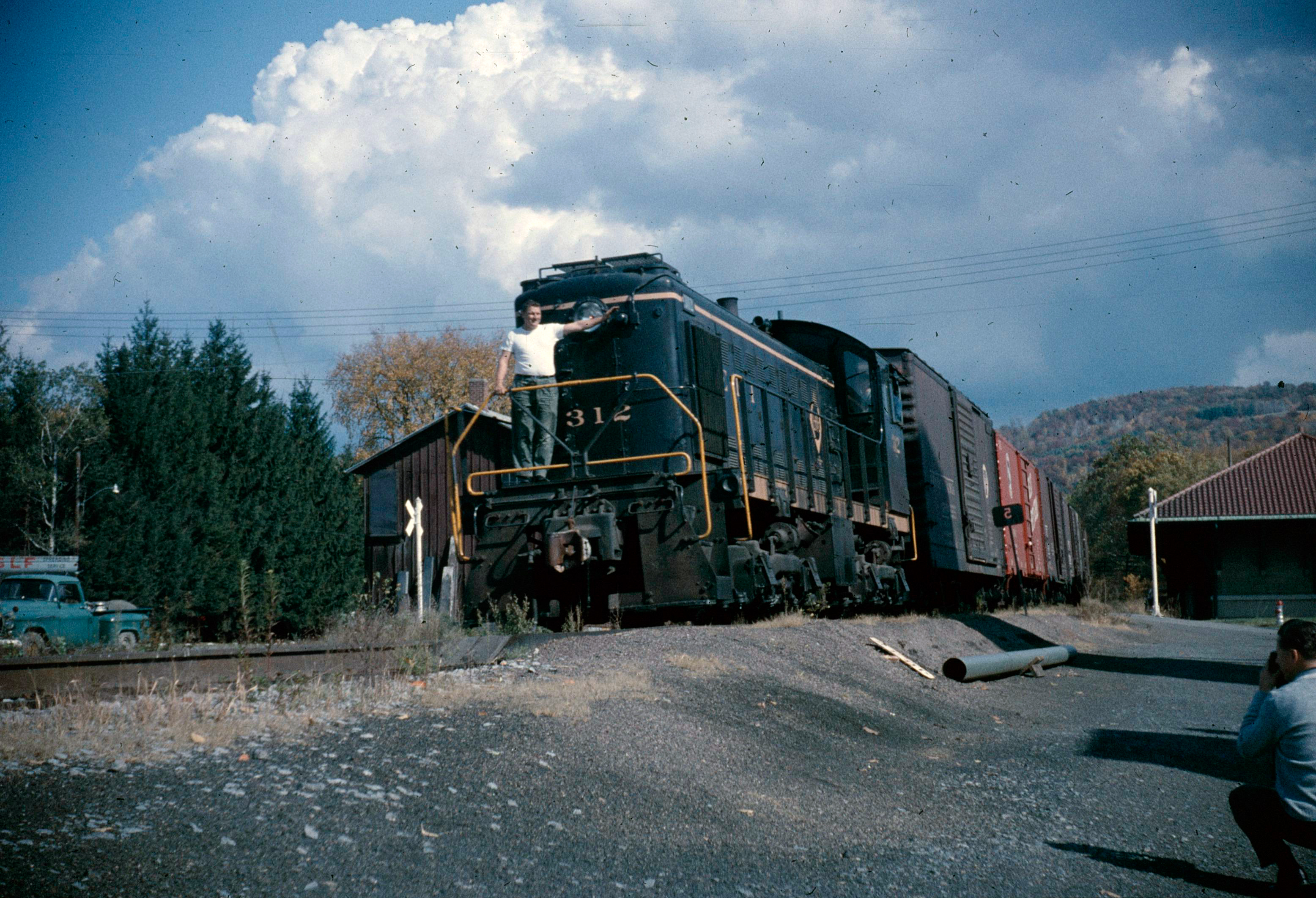 The Alco S1 was first produced in 1940 featuring an end-cab design using McIntosh & Seymore's 539 model prime mover. The model came equipped with 660 horsepower and was well liked by short lines and Class Is for yard work and light branch line duties.

The engine the S1 employed proved quite adept in this capacity although the builder would come to find that producing a reliable main line design was a far trickier task.

This was mostly due to the fact that the Schenectady manufacturer did not see diesel locomotives as standard freight and passenger power, a fatal decision that would haunt the company for years.  In any event, to its credit Alco correctly foresaw the demand for switchers, at least early with first-generation examples. 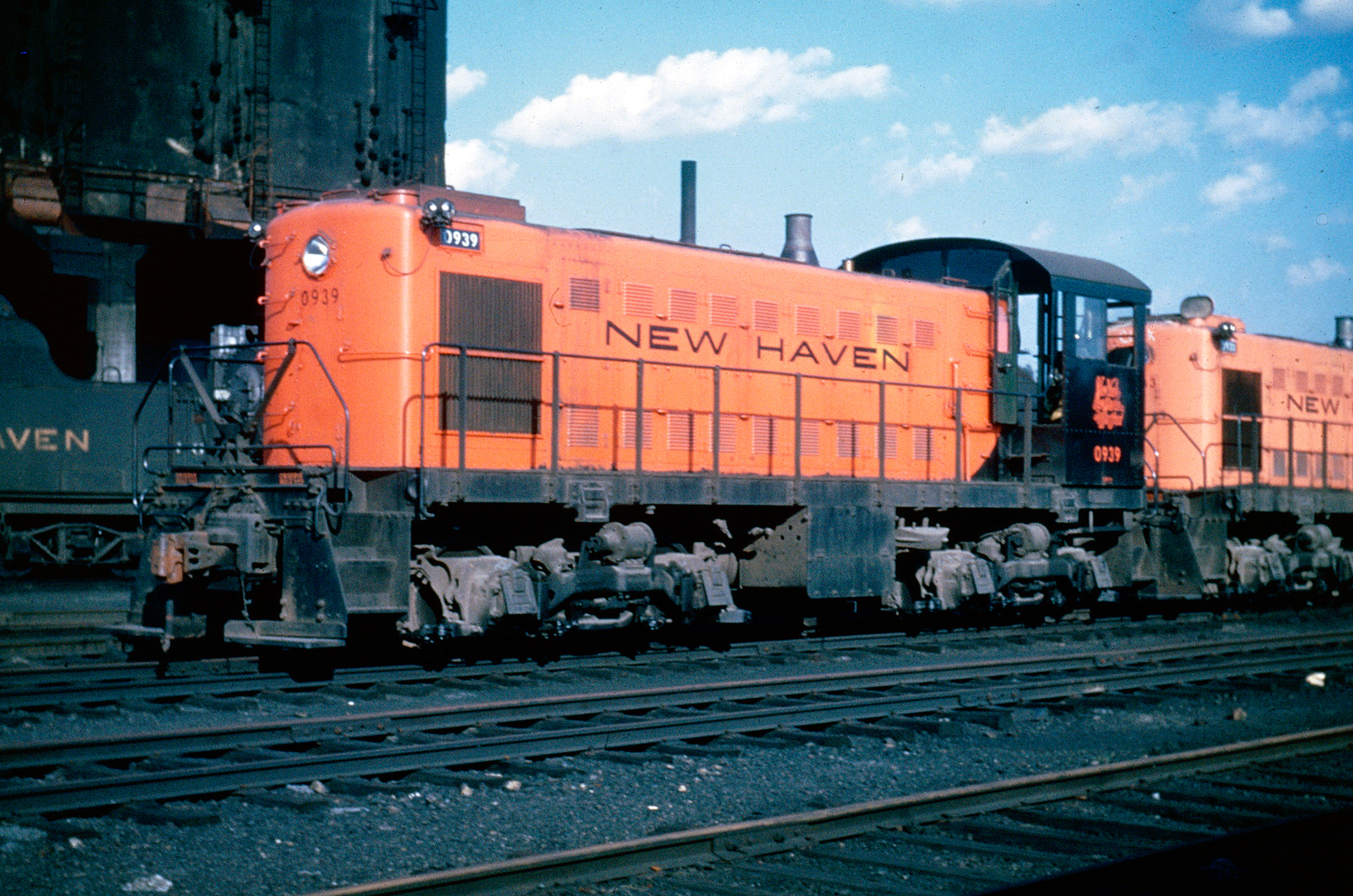 New Haven Railroad S-1 #0939 and a mate layover near the massive coaling tower at the Charles Street Roundhouse in Providence, Rhode Island during the early 1950s. American-Rails.com collection.

The S1 employed many design characteristics that the company had refined during its early years of collaborating with Ingersoll-Rand and GE, particularly during the construction of its initial switcher line.

This series was produced in conjunction with Westinghouse and McIntosh & Seymore featuring the former's "Visibility Cab" design, which was wider and, usually, taller (unless the hood was mounted flush with the top of the cab) than the trailing hood to give crews maximum visibility.

Alco would make this cab the standard for its S series and early RS (Road Switcher) locomotives. The manufacturer also carried over the carbody design features Otto Kuhler had employed on the HH locomotives, primarily in the way of soft bevels and curves. 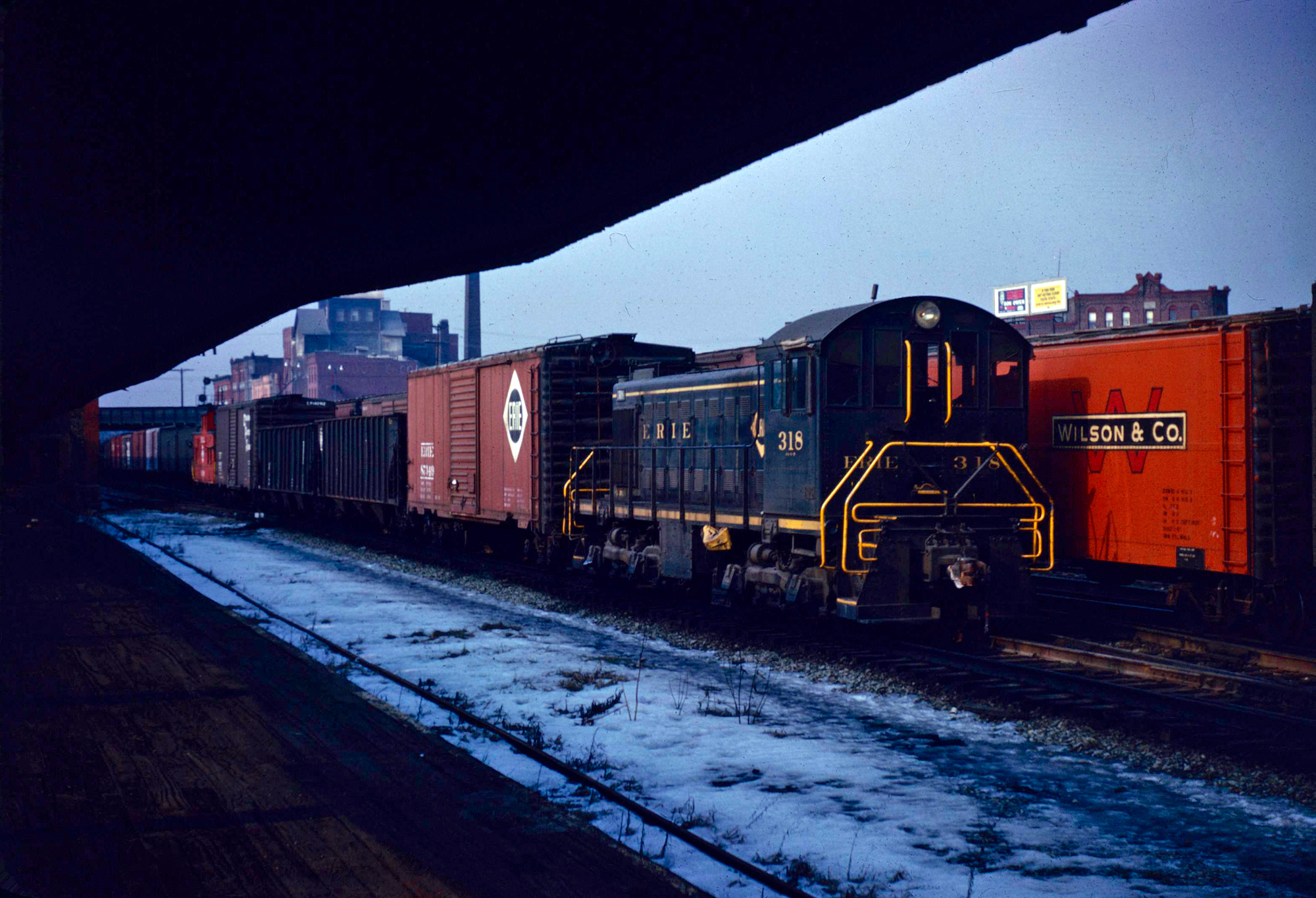 The Alco S1 was classed by Alco as its E1530 design and was quite similar to its later S3 model (actually, all of the S series locomotives were very similar in appearance, externally).

It featured four, General Electric model 731 traction motors and also used main/secondary generators from the company. Additionally, Westinghouse supplied all air components (both companies supplied Alco with these parts virtually through the end of its time as a locomotive manufacturer).

For a small switcher that only weighed 105 tons it could produce quite a bit of tractive effort; 57,500 pounds starting and 46,000 pounds continuous (a trait certainly not missed by railroads). 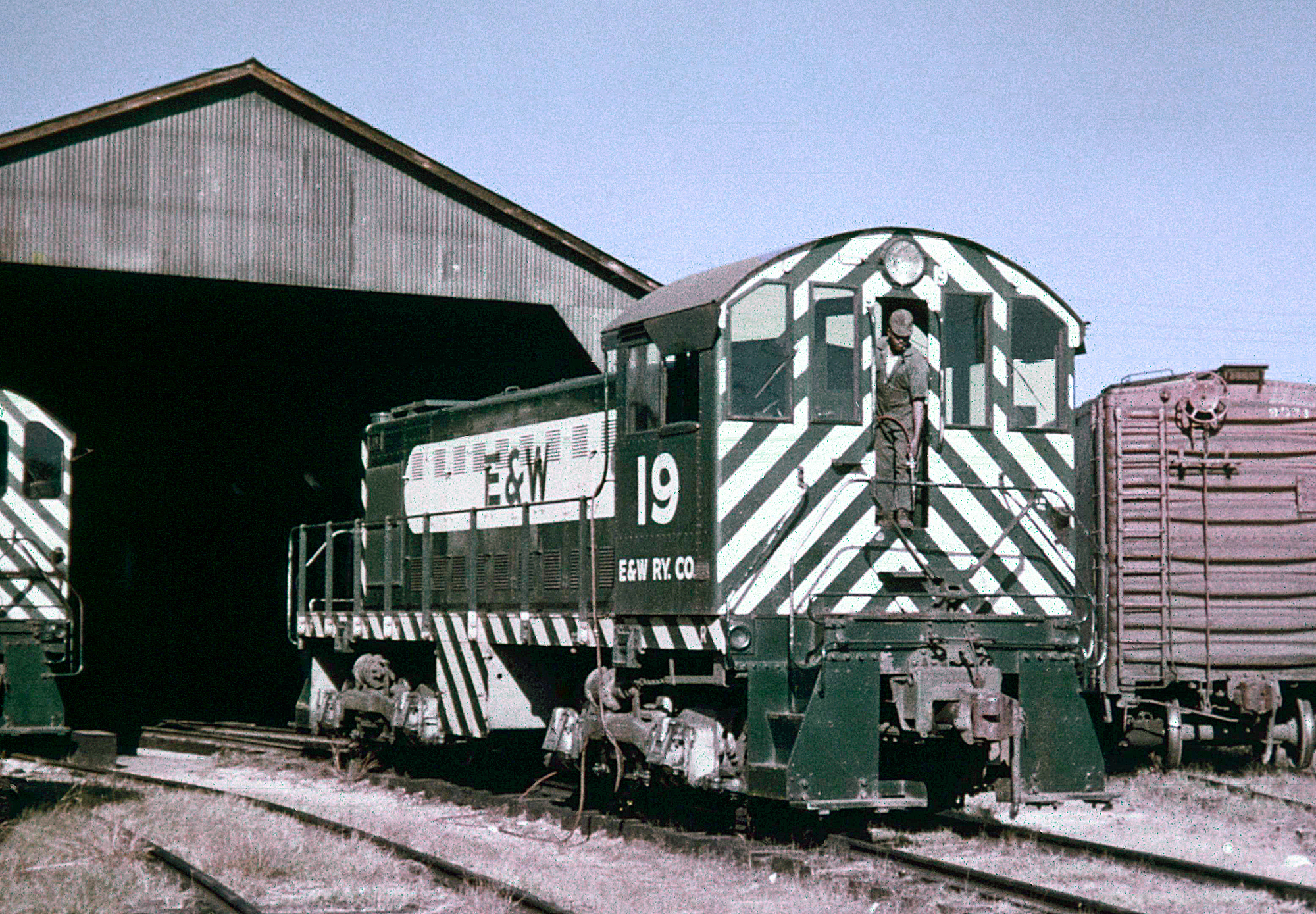 A reliable and agile locomotive, railroads found the S1 incredibly useful. In all, the locomotive would sell more than 500 examples to numerous Class I companies, smaller railroads, and a handful of private industries.

Alco itself even used an S1 for switching duties at its plant, #5. While the Montreal Locomotive Works also produced the S1 few were built, just one was constructed for the Canadian Car & Munitions located in Quebec.

Additionally, foreign lines purchased the model including Central do Brazil, National de Mexico, Polish State Railway, and Margam Steel Works of Britain although amongst all four only 55 were built.  For more information about the S1 please refer to the chart above, which provides a full production roster of U.S. sales.