The Alco RS32 was one of the final models in the RS series.  By the time it was cataloged the company was losing its foothold in the market; few RS32's sold and General Electric had made its debut with the U25B.

In the end, only 27 units sold to just the New York Central and Southern Pacific.  It is somewhat puzzling that the American Locomotive Company (Alco) decided to release so many models in such a short time span.

This occurred throughout the 1950s and 1960s with variants like the RS-27, RS-36, RSD-15, RS-11, and others.  Perhaps the manufacturer was attempting whatever means necessary to regain market share.

Unfortunately, the era of custom builds had ended with steam and off-the-shelf diesels were now the future.  In some respects, Alco appeared to understand and recognize these shifting winds but it could simply not let go of its iron horse heritage.

From an operational standpoint the RS32 was a bit less powerful than the previous RS27.  It did, however, feature an upgraded prime mover, the 251 used in the later Century series.

The model could almost be classed as a variant with so few units sold and just two railroads ultimately purchasing it. Today, at least two examples of the RS32 remains preserved. 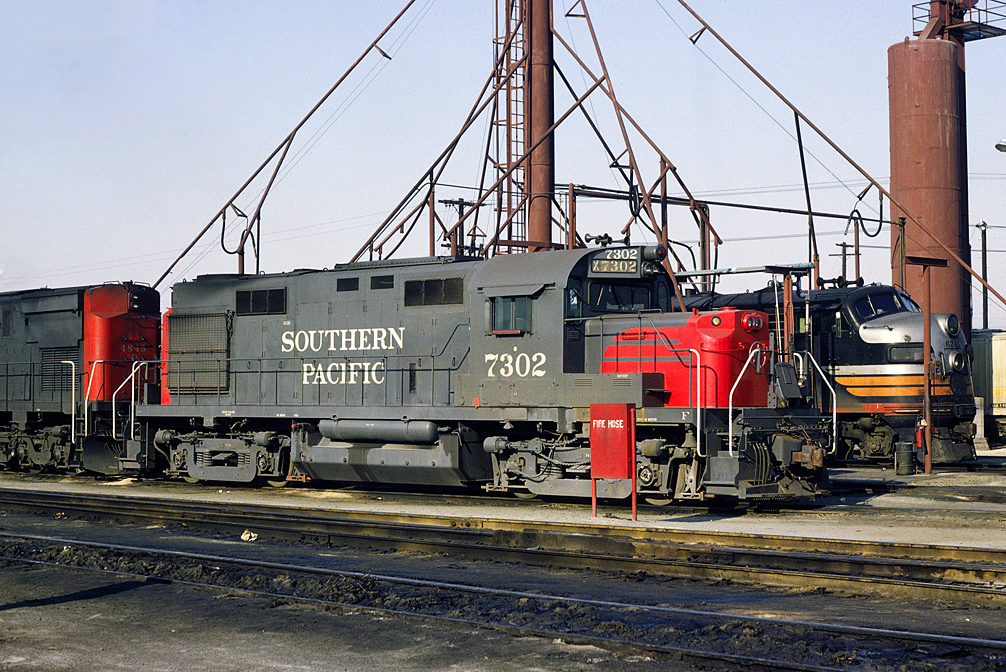 The Alco RS32 entered production in 1961 and was built through 1962, just a year before Alco began production on their new Century series of road switcher.

Both railroads were somewhat loyal Alco customers, regularly purchasing or at testing virtually every diesel model the builder would release (the SP, for example, even had Alco build extremely high horsepower Century models).

An interesting feature of the RS32 was that Alco reverted back to an earlier design with the model, as it looked quite similar to the RS11 and RSD12 which both sported a low but elongated short hood.

When Alco released the RS27 that model featured a carbody design very similar to what the Century series would employ, a flush cab and long hood with a very short, low front hood/nose.

Along with being less powerful than the RS27, the RS32 also sported less tractive effort (66,000 pounds starting and 35,000 pounds continuous) although all other dimensions and components from General Electric and Westinghouse, remained the same.

The purpose behind the development of the RS32 was quite likely to compete with EMD's GP20, which entered production that same year and offered a similar horsepower rating.

The purpose behind the GP20, and ultimately the RS32 as well, was to give railroads a unit that could offer plenty of power yet was small enough to be used in a wide range of applications, from switching duties to main line freight service.

Of course, by the 1960s railroads were beginning to see the practicality of six-axle units yet still were not fully embracing them.

Listed above is a complete production roster of the RS32 model, which as already mentioned was purchased by only to the New York Central and Southern Pacific.

Interestingly, in comparison, despite the GP20 being a relatively unsuccessful model for Electro-Motive it still sold many more examples than Alco's competing design by more than seven-fold (260 GP20s to just 35 RS32s).

Today, as mentioned before, you can still see at least two active in service; one is at the Fillmore & Western, originally built for the Southern Pacific as #7309, and another is operating on the Delaware-Lackawanna in freight service as #211 (originally SP #7302).