Baldwin's DRS-4-4-1500 was the first in a road switcher series that bore long and confusing titles which the manufacturer produced over a nine-year period.

Built in the late 1940s, the DRS-4-4-1500 found few buyers.   The locomotive carried similar lines to Alco's early road-switchers with the cab offset over a long hood with a short, trailing hood.

To its credit, Baldwin's road-switchers carried fine lines and a clean appearance. Featuring a short hood, off-center cab, and trailing long hood the DRS-4-4-1500 had the appearance of the now classic road switcher. 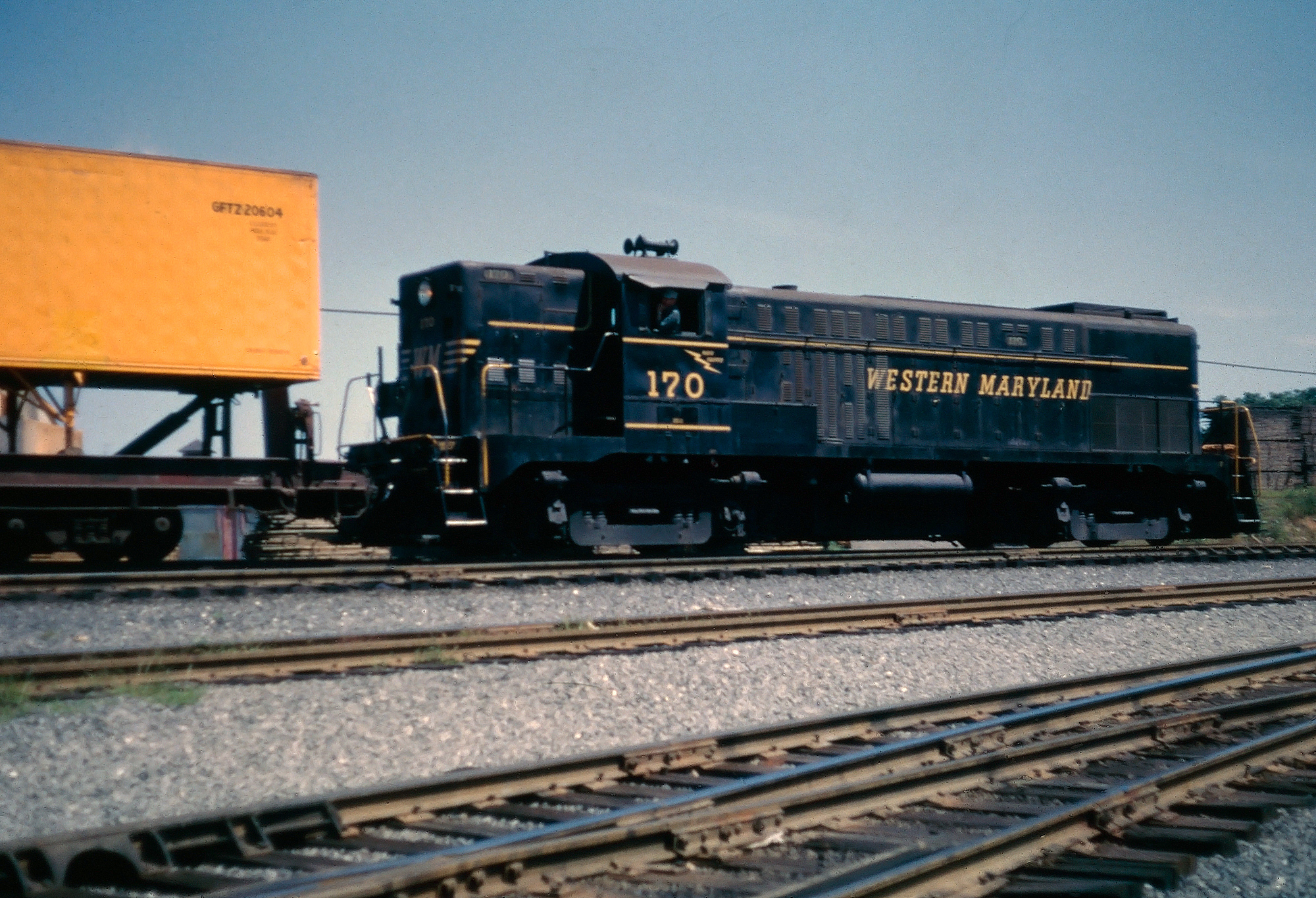 Had the builder continued to refine its product, as management had wished, Baldwin may have continued building diesels until at least the second-generation era.

Unfortunately, its parent (Westinghouse) elected to exit the locomotive just as it appeared Baldwin might be gaining traction.

The DRS-4-4-1500 began production in April of 1946 and competed against Alco's early road-switchers.  At the time, Electro-Motive had yet to enter the road-switcher market (its BL2 was not introduced until 1948).

As was the case with all of Baldwin's models, Westinghouse provided all of its internal components like traction motors, generators, and air brakes/compressors.

The two companies had collaborated since the late 19th century and Westinghouse manufactured excellent equipment, particularly traction motors that were extremely rugged and  durable.

Baldwin became known for its ability to produce that could out-muscle the competition in a big way.  For unknown reasons it never offered dynamic brakes or Multiple Unit capability (MU'ing) as standard options (both were optionally available).

The former was an important safety feature, an additional type of braking via the traction motors (very handy on steep, mountainous grades) while the latter allowed numerous coupled locomotives to be directly controlled by the lead locomotive.

Both became key selling points and from an early date both Electro-Motive and American Locomotive included these features as standard on their models.

By the time production had ended in April of 1950 (directly prior to the Standard line's release) just thirty-five DRS-4-4-1500s had been built purchased by the:

The reasoning behind Baldwin's complicated classification is fairly straightforward. Because the company was so focused and dedicated to building steam locomotives it carried over a version of the classic Whyte notation (developed by Frederick Whyte to classify steam designs) and applied this to early diesel variants.

By 1950, Baldwin would drop this difficult system with its new Standard Line, which simply referred to the motive power type and horsepower rating.