The DR-4-4-1500 was the first domestically produced cab freight unit Baldwin offered in an effort to compete against Electro-Motive's extremely successful F series.

The latter was part of the builder's new "Standard Line" released in the early 1950's.  Baldwin faced reliability issues with its early models; coupled with an unattractive design the company sold few DR-4-4-1500s.

By the time production had ended just over 100 A and B units rolled out of Eddystone (most of which were purchased by the PRR). 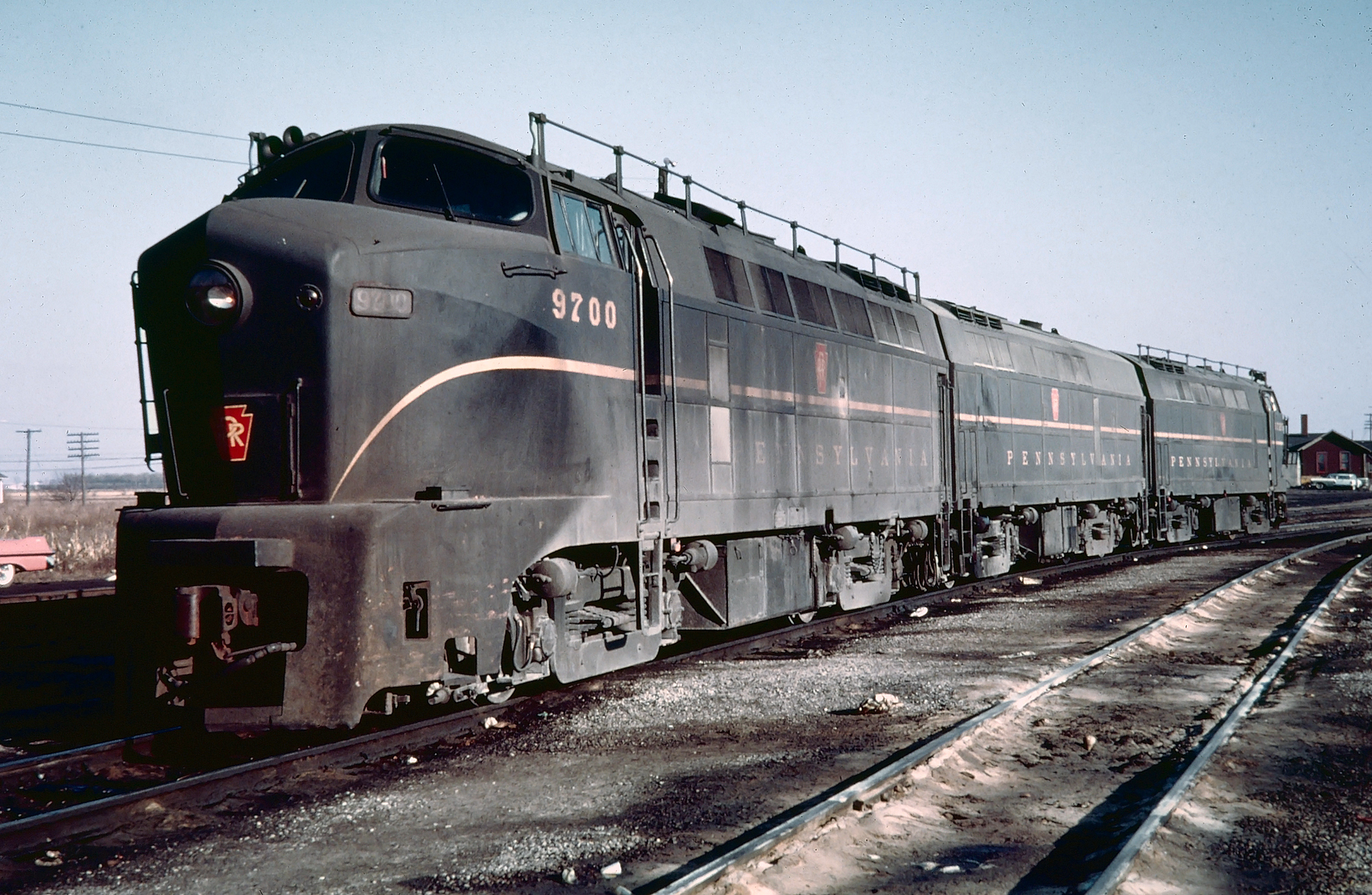 The DR-4-4-1500 began production in November, 1947 using a carbody design that can only be described as unique.

Similar to EMD's cab units that carried a streamlined look with a sloped front nose ahead of the crew cab, the DR-4-4-1500 wore something similar.

The most noticeable difference was the nose; EMD's was much higher, sporting narrower windshields which molded to the carbody's overall appearance.

By contrast, the DR-4-4-1500 featured a lower nose with larger, wider windshields.  The appearance earned it the nickname "Baby Face" by railfans and train enthusiasts.

From the start, the DR-4-4-1500 was intended for freight service as a direct competitor against similar models from Electro-Motive (F series) and American-Locomotive (FA).

If there was an area in which Baldwin struggled immensely, it was the cab market.  The builder found few buyers for either its original "Baby Face" variant or later "Shark Nose" design.

In addition, it was nearly a decade late in releasing a cab design to complete against Electro-Motive.  To Baldwin's credit, the builder continued refining its locomotives.  The RF16, for example, was much more successful. 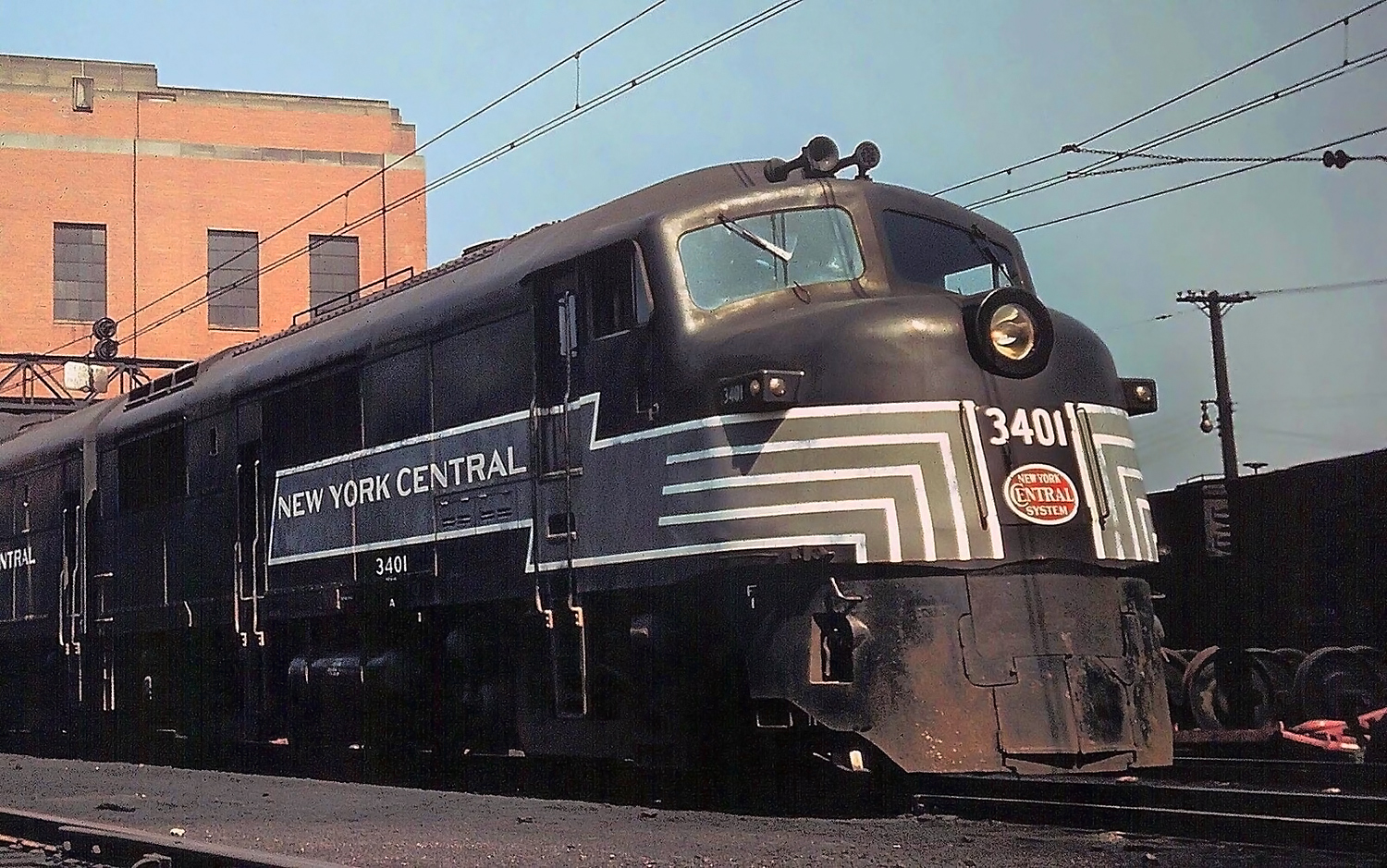 It is interesting to wonder what may have happened if Baldwin weathered its initial poor performance selling diesel locomotives.  The builder's "Standard Line" was growing in demand when parent Westinghouse pulled Baldwin out of the locomotive market.

Since Baldwin was still building a few steam locomotives when the DR-4-4-1500 was released, the company continued to utilize a version of the "Whyte Notation" classification system from the steam era.

For example, the model's numbers and letters referred to the following: 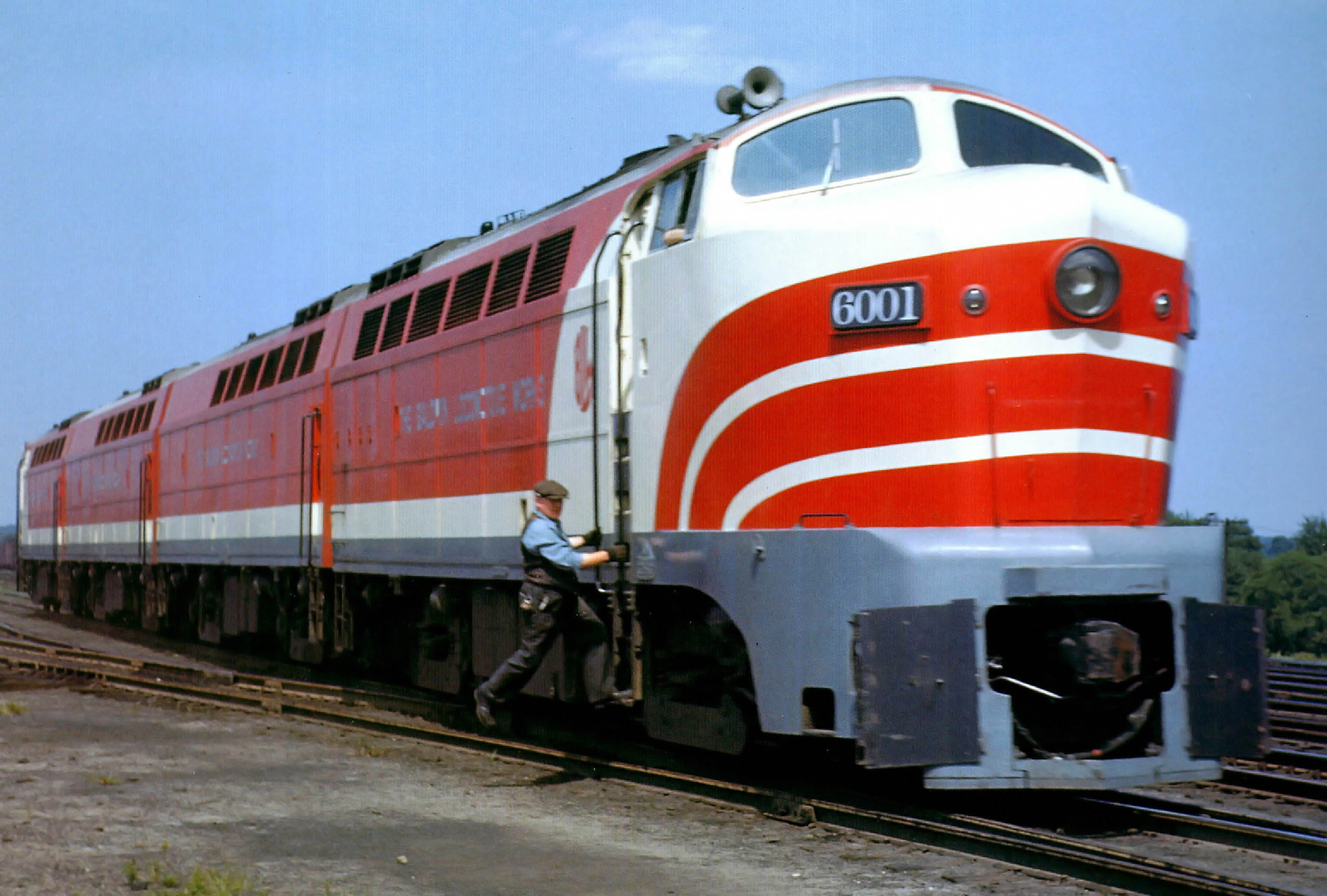 The A-B-B-A demonstrator set of Baldwin's DR-4-4-1500 are seen here at Maybrook Yard (New York) testing on the Lehigh & Hudson River, circa 1949. This is the later version of the model wearing the "Sharknose" carbody, which replaced the earlier "Baby Face" design.

The "Baby Face" design did not last long. Realizing it was unpopular, Baldwin contracted with Hadley, Ryder & Pedersen for a complete carbody redesign.

The company came up with the classic "Sharknose" concept, which gave Baldwin's late-era cab locomotives an entirely unique look.

Contrary to popular railfan belief, the Sharknose was not a Raymond Loewy design.  As John Kirkland points out in his book, "The Diesel Builders: Volume Three (Baldwin Locomotive Works," this idea likely derived from the carbody's similarity to Pennsylvania Railroad's streamlined 4-4-4-4 "Duplex Drive" T-1's.

The angular nose of these famous steam locomotives, which as a Lowey inspiration, bore a striking resemblance to the Sharknose carbody.

Internally, the DR-4-4-15 featured components from Westinghouse Electric, which supplied Baldwin with virtually all of its internal equipment for its diesel models (the two companies had been working in conjunction since the 19th century).

As for tractive effort, the original "Baby Face" variant ranged from 28,100 to 42,800 continuous depending upon the gearing chosen.

* All DR-4-4-1500's of the "Baby Face" carbody were purchased with the 15:63 gearing although the options mentioned in the first table were available.

Following completion of the Jersey Central units, Baldwin rearranged equipment within the "A" units which increased their length to 55' 6".  The "B" units length remained unchanged. 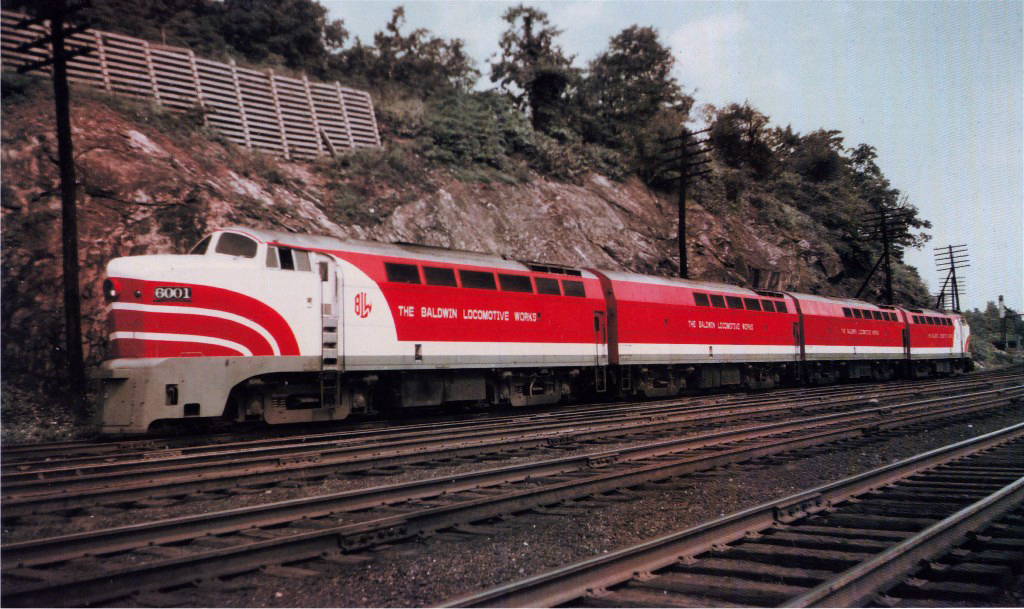 By early 1948 Baldwin had entirely scrapped the "Baby Face" carbody design, save for any orders that were already ordered.

With the DR-4-4-1500 still in production during the Hadley, Ryder & Pedersen makeover, more than half of the units built were in the "Sharknose" design, which included 58 A and 47 B units.

In total, Baldwin built 138 units of the DR-4-4-1500 for four different Class Is; Pennsylvania (which purchased all of the "Sharknose" models), Jersey Central, New York Central, and Missouri Pacific.