The SW7 was Electro-Motive third in its modern switcher line and the first produced after World War II.

EMD had halted production on new models until after the war due to restrictions brought about the War Production Board, which directed companies to focus on materiel for the war effort.

Outwardly, the SW7 was virtually identical to the NW2 and later "SW" models through the SW1200.

Once again, there were a wide range of buyers for this locomotive from large Class I's to short lines and private industries.

Both builders and railroads alike came to realize the 1,000-1,500 horsepower switcher was the ideal rating; it offered plenty of beef, yet remained small enough to handle the assignments required of these locomotives (such as tight clearances and sharp curves).

As with many early EMD switcher models, the SW7 continues to see use today.  It remains in operation at some private industries and also on short lines. 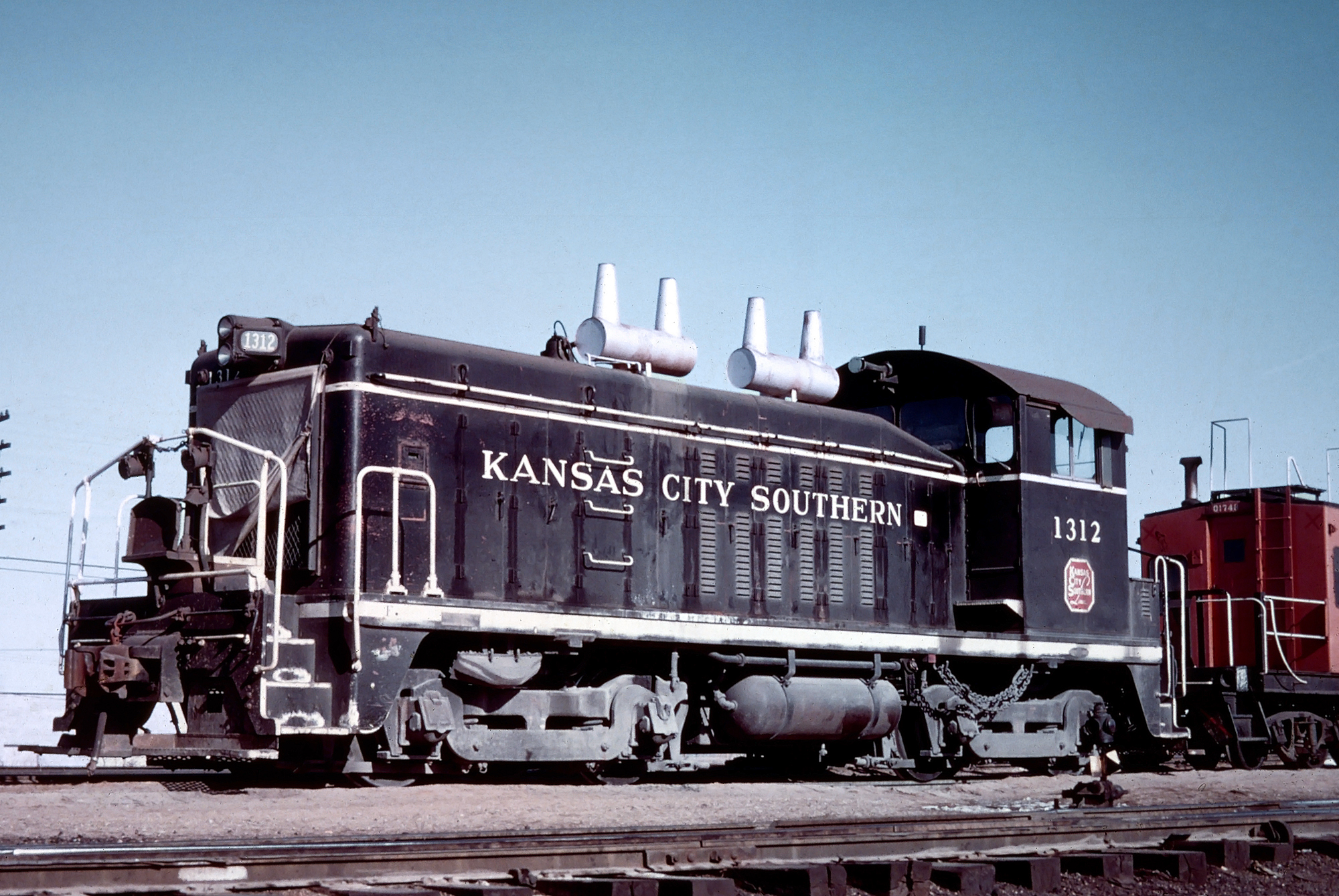 The SW7 debuted in October, 1949 as Electro-Motived looked to continue the strong sales of its earlier SW1 and NW2 models.

The history of the SW line dates back to the Electro-Motive Corporation a series of cast and welded-framed models built between 1935-1939.

This switchers sported 600 horsepower and, coupled with their 900 horsepower counterparts (NW/NC), convinced the builder there was a market for such a locomotive.

The SW7 used the traditional EMC/EMD carbody design, that was tapered near the cab and featured EMD's classic conical exhaust stacks. Length remained the same at just over 44-feet and the model continued to use GM's D37 traction motors.

The biggest difference was a bump in horsepower; sporting an updated, 12-cylinder model 567A prime mover,  the SW7 could produce a hefty 1,200 horsepower with a starting tractive effort of 62,000 pounds.

By the time the SW7 was cataloged, the "SW" designation had changed: "S" no longer stood for six-hundred horsepower and "W" did not mean welded frame.

Instead, the company apparently decided to simply use the two letters  as short for "Switcher."  Once again, railroads were impressed with this latest EMD product and sales were strong.

Once again, the SW7 found use in yard work, light branch service, and a myriad of industrial applications.  When production had ended some 489 units had been produced during only a two year production run.

It should noted that EMD also produced a cow/calf version of the SW7 known as the TR4. This model sold 15 total sets to the Santa Fe, Belt Railway of Chicago, Chesapeake & Ohio, and Milwaukee Road.

In his book, "Diesel Spotter's Guide," author Jerry Pinkepank notes the SW7 is distinguished from the SW9 and SW1200 by a single feature, an upper set of short vents on the carbody access doors.  These are not present on the other two variants.