The AS16 began a new series and designation system for Baldwin's diesel line, one which was much simpler and easier to grasp than the complicated hyphens and numbers used before.

Interestingly, this new series also found Baldwin becoming a bit more successful in the locomotive market, although it remained well behind the American Locomotive (Alco) and Electro-Motive.

Interestingly, this improvement was likely not a coincidence. With the unveiling of its Standard Line in 1950 the company released an updated prime mover with the goal of becoming a more dominant player in the market once more.

While the Baldwin's latest designs were still not of the quality cataloged by Electro-Motive they were certainly a step in the right direction and an improvement over earlier designs.

Unfortunately, with its purchase by the Westinghouse Electric Company, Baldwin's direction was steered away from locomotive manufacturing thus ending any ideas of remaining a major competitor. 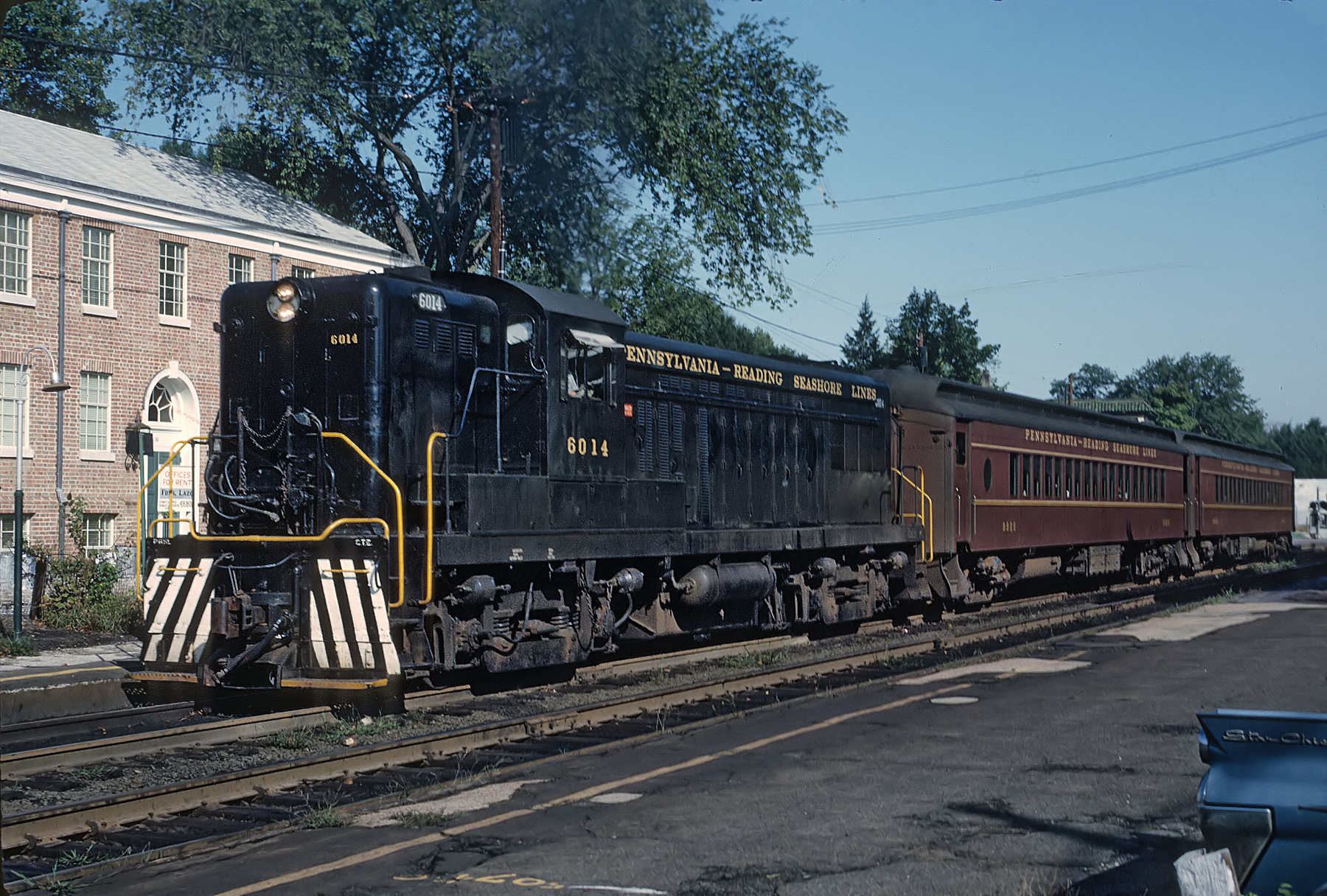 The AS16 began production in 1950 and it introduced the manufacturer's new Standard Line of diesels. "Standard" most definitely is an understatement as the new designations were easier to understand and far simpler than previous descriptions.

Taking direction from Alco and EMD, Baldwin used a plain one or two letter designation for each model followed by two or three numbers. 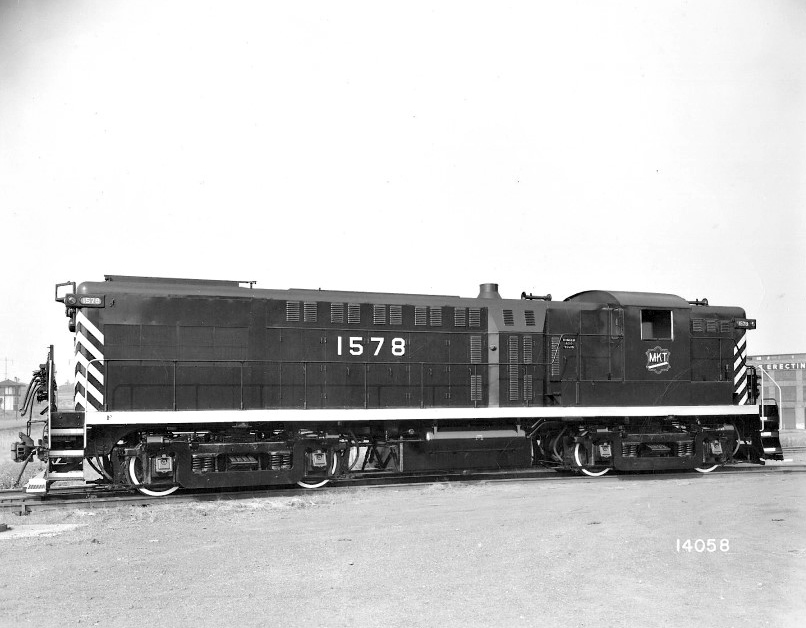 A Baldwin company photo of new Missouri-Kansas-Texas Railroad (Katy) AS16 #1578 taken in the early 1950s.

In part, this was due to its discontinuance of manufacturing steam locomotives after 1949, realizing the motive power could no longer compete in the market. Its new designations were as follows:

The system included the number of powered axles and horsepower, although the AS16 was the only Standard Line road switcher not to include the former in its designation.

For instance, the AS416 meant All Service road switcher that featured 4 powered axles and 1,600 horsepower. Utilizing Baldwin's updated 608A prime mover, the AS16 sold relatively well at least when considering the builder's diesel line as a whole.

In terms of its road switchers the AS16 was the second highest seller with 127 sold to several Class I railroads including:

The Erie Railroad and Pennsylvania-Reading Seashore Lines acquired a group of AS16's with freight gearing (15:68).  In addition, PRSL purchased a secondary allotment with passenger gearing (17:62).  They are as follows: 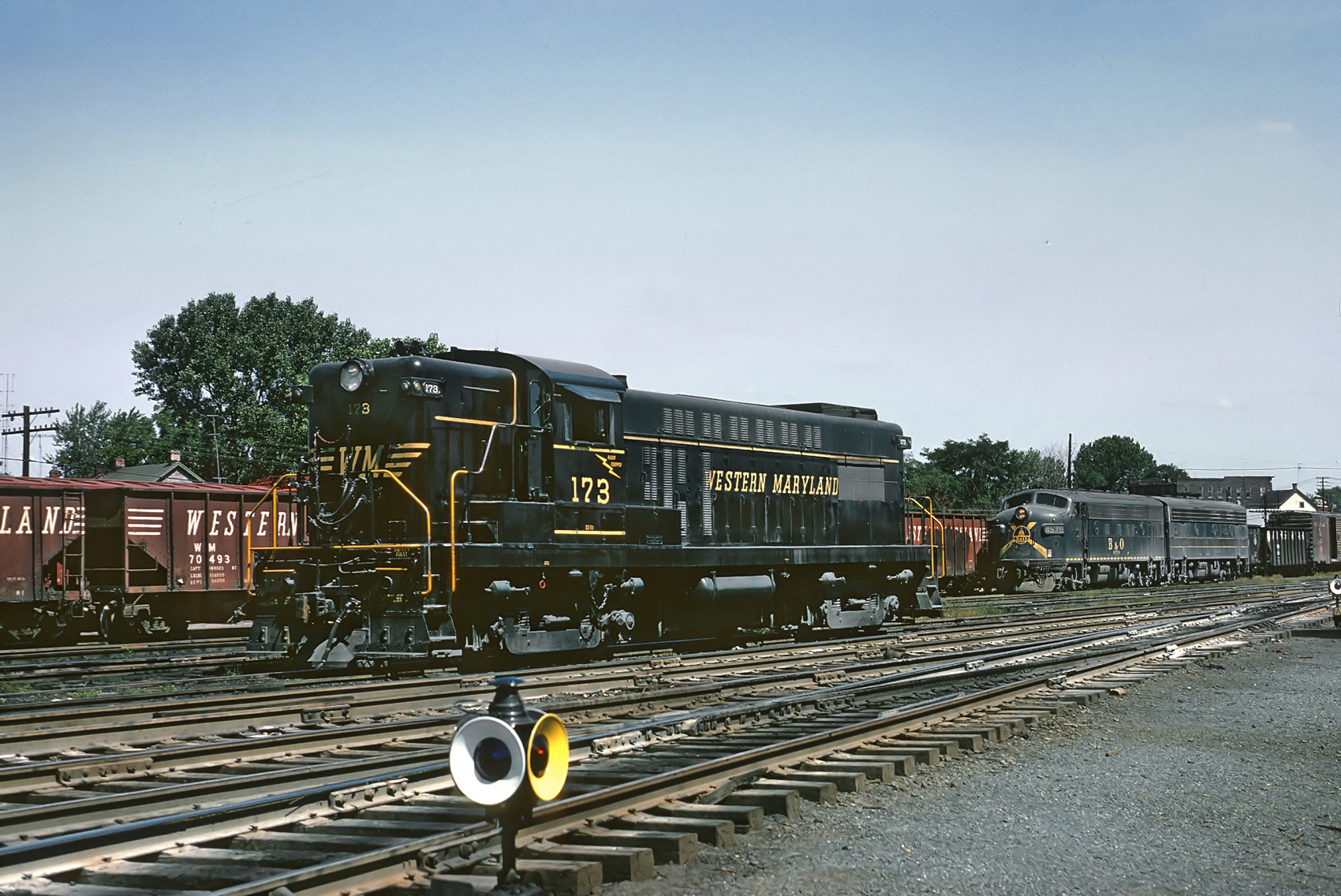 Western Maryland AS-16 #173 was captured here by Roger Puta in the Hagerstown Yard during September of 1964. Note the Baltimore & Ohio F7's in the background.

Why the company elected to preclude this option has always remained a mystery considering the benefits it offered, particularly in heavy freight/drag service on stiff grades, and the fact that both the RS3 and GP7 offered the feature.  Unfortunately, none of the AS16s manufactured are known to be preserved or in operation.