The F40PH saw the F series again in production as the builder did not catalog a model between 1957 and 1967, when the FP45 was constructed.

By the time the F40PH was debuted, however, the industry had long since bailed on passenger service and the model was only purchased by Amtrak or commuter agencies.

The original intent of the model was to replace the Electro-Motive Division SDP40F model, which had proved unsuccessful in operation with Amtrak.

While never on a sales level approaching early first generation models like the FT, F3, or F7 the F40PH did sell relatively well as they became a quite common sight leading Amtrak trains for years.

Interestingly, the F40PH proved so successful on Amtrak that numerous other commuter agencies ultimately purchased it.

Although today Amtrak has since retired or sold virtually its entire fleet of F40PHs, several commuter agencies continue to use the model for to power their trains and they still remain a relatively common locomotive in such service. 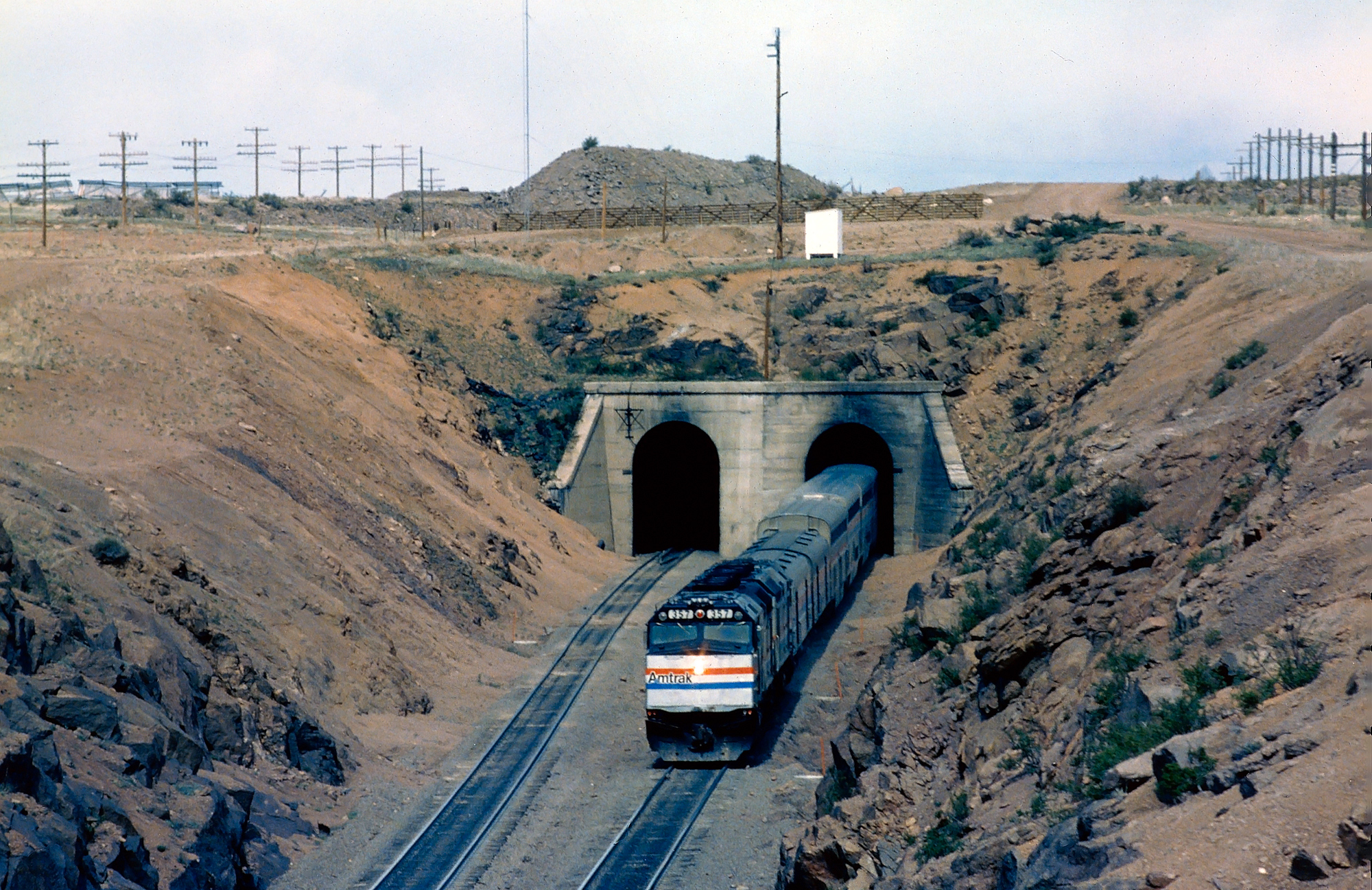 The EMD F40PH began production in early 1976. It was a four-axle, B-B truck design that featured GM's latest 16-cylinder model 645E3 prime mover (EMD began using this engine with the FP45 of 1967), which could produce 3,000 horsepower early on, nearly double that of early first generation F models.

The F40PH used GM's D77 traction motors, although interesting it produced a bit less continuous tractive effort than early Fs at just over 38,000 pounds (however, its starting effort was much higher, 65,000).

Additionally, the F40PH was capable of speeds of up to 103 mph but the locomotive was never actually operated that fast.

The EMD F40PH (which should not be confused with the F40C model, built solely from the Milwaukee Road in early 1974 for use in commuter service) was initially developed for use by Amtrak, as it needed to replace its fleet of SDP40Fs, which were only a few years old at the time but were not reliable in passenger service.

Additionally, the SDP40Fs were under suspicion due to a number of early derailments along with the fact that Amtrak never liked how the locomotives rode while in service.

In contrast the F40PH proved to be a quite reliable locomotive in its intended service and Amtrak ultimately purchased more than 400 units.

Interestingly, EMD initially based the F40PH from its very successful GP40 series of the mid-1960s (its variants remained in production until the mid-1980s) that used a four-axle setup rather than six. 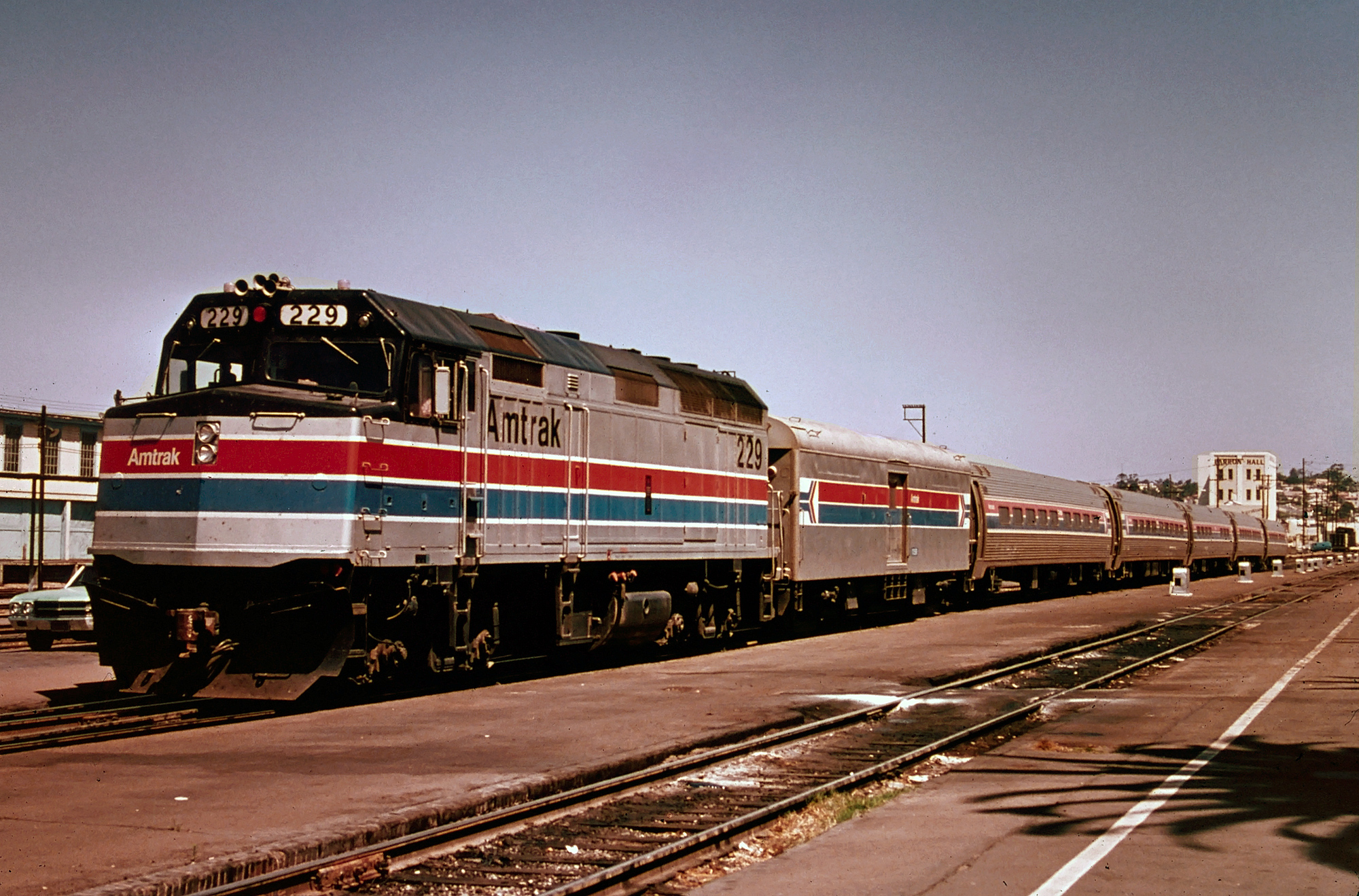 Altogether, including variants, there were 398 F40PHs constructed by EMD.

The F40PH could be seen powering almost any Amtrak train between the late 1970s through the late 2000s until the railroad's new GE-built "Genesis" models (the P42DC, BP40-8, and P32AC-DM) began to take over most routes.

While Amtrak has since sold or retired its fleet of F40PHs most are either used on other commuter systems (such as VIA, MBTA, Tri-Rail, CalTrain, NJ Transit, Metra, Metrolink and others) or preserved in museums.

The two F40PHs known to be preserved today include Amtrak #281 at the California State Railway Museum and Amtrak #307 at the North Carolina Transportation Museum in Spencer.