The RSD-1 was the first road switcher of its kind to feature six-axles. However, when the model debuted railroads had yet to embrace the diesel locomotive for main line service, let alone show interest in a six-axle curiosity whose benefits had yet to be understood.

While the RSD-1 saw roughly half the sales of its four-axle counterpart it was beloved by the US Army, who interestingly ended up as Alco's only customer for the model.

Today, nearly a dozen RSD-1s are preserved around the country while a few are still operational including U.S. Army #8652 at the North Alabama Railway Museum (Huntsville) and former Tennessee Coal & Iron Railroad #601 (built as U.S. Army #8009) at the Orange Empire Railway Museum in Perris, California. 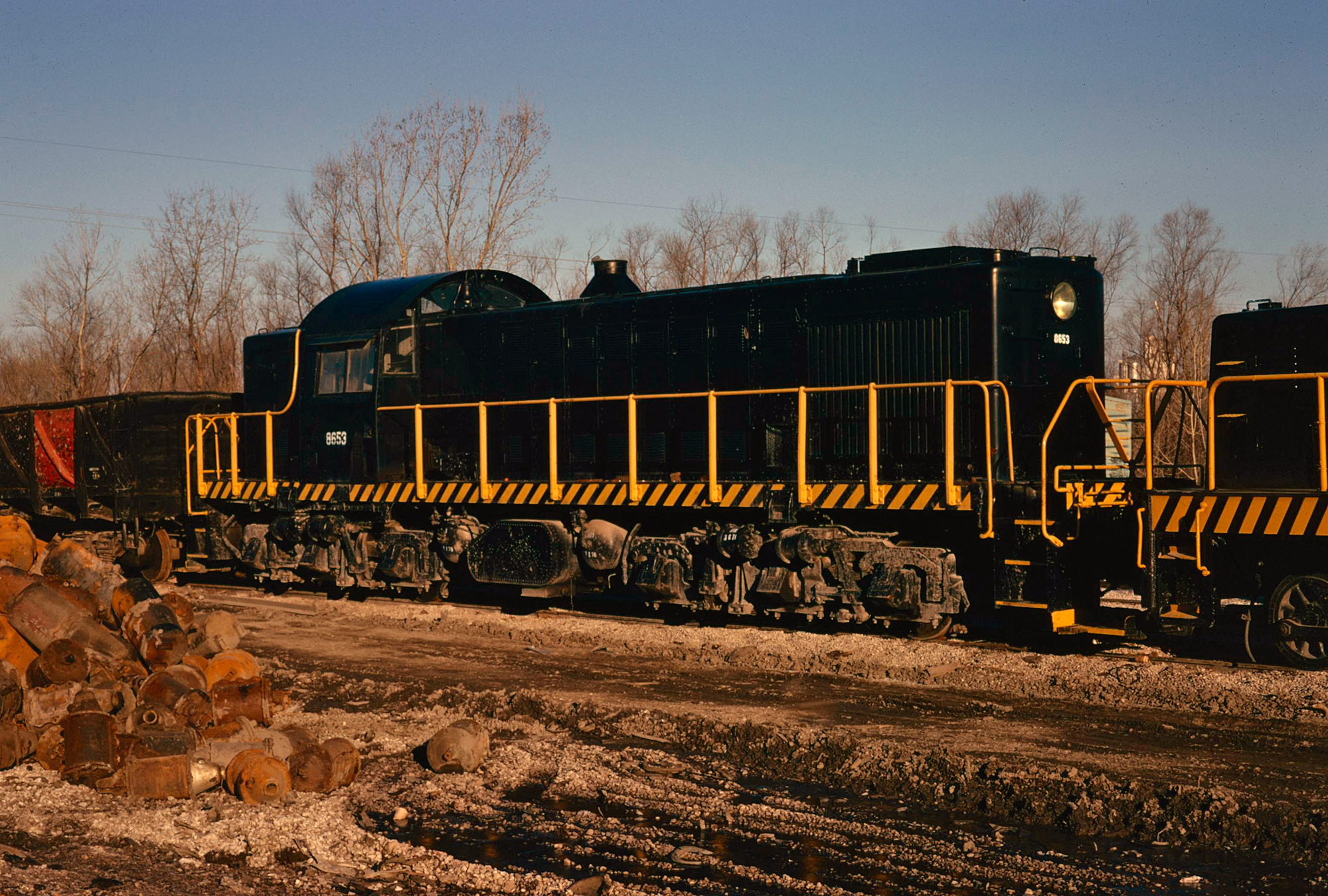 It should be noted that while historians and railfans often index the six-axle RS-1 model as either an RSD-1 or RSC-1, Alco itself made no such distinction. The builder cataloged them all as RS-1s and only differentiated the three by their designation numbers.

This is further reinforced in John Kirkland's book, "The Diesel Builder's: Volume Two."  It appears railfans came up with the separate designations on their own after studying Alco construction files.  Ironically, this work was even provided to Alco department heads in 1965, for reference use only.

According to Brian Solomon's "The American Diesel Locomotive" the three were classified as follows:

Alco's use of only designation numbers can likely be explained by the fact that the builder never really intended to develop a six-axle RS-1 and did so only upon request from the Department of Defense.

The Army liked the RS-1 for its light weight and sufficient horsepower, allowing it to be used in switching applications on bases while handling heavy loads.

With World War II's onset, the Army wondered if a six-motored design would not only offer more tractive effort but could also handle Europe's lighter rails more effectively as the locomotive's axle loading would be reduced.

* These appear to be a version of the Trimount and probably developed by James G. Blunt based on the large journals utilized.  This truck was never replicated, even on standard production RSD-1's.

It was used solely on the original thirteen RS-1's requisitioned by the War Department since Alco had to retrofit C-C trucks on a frame designed for only four-axles.

It proved quite successful and the Army ordered several batches of RSD-1's beginning in 1942. Interestingly, with World War II ongoing and in desperate need of locomotives, the Army requisitioned the first 13 RS-1s built for the Rock Island, Milwaukee Road, New York, Susquehanna & Western, Atlanta & St. Andrews Bay, and Tennessee Coal, Iron & Railroad and had Alco convert them all into RSD-1's.

Internally, the RSD1 was identical to the RS1 featuring the turbocharged McIntosh & Seymore model 539T prime mover and the same length.

Alco went on to produce several version of its Road Switcher models in either six axles or six motors, such as the RSC-2, RSD-5, RSD-7, RSD-12, and RSD-15.

Prior to the start of World War II there were thirteen RS1's produced for five different railroads.  Please refer to the table below.  These locomotives were later requisitioned by the U.S. Army for use on the Trans-Iranian Railway to supply Russia with war materiel during the conflict.

New locomotives were later built for the original railroads (paid for by the U.S. government) to replace those requisitioned, in April and May of 1943 (1946 for the Tennessee Coal, Iron & Railroad). 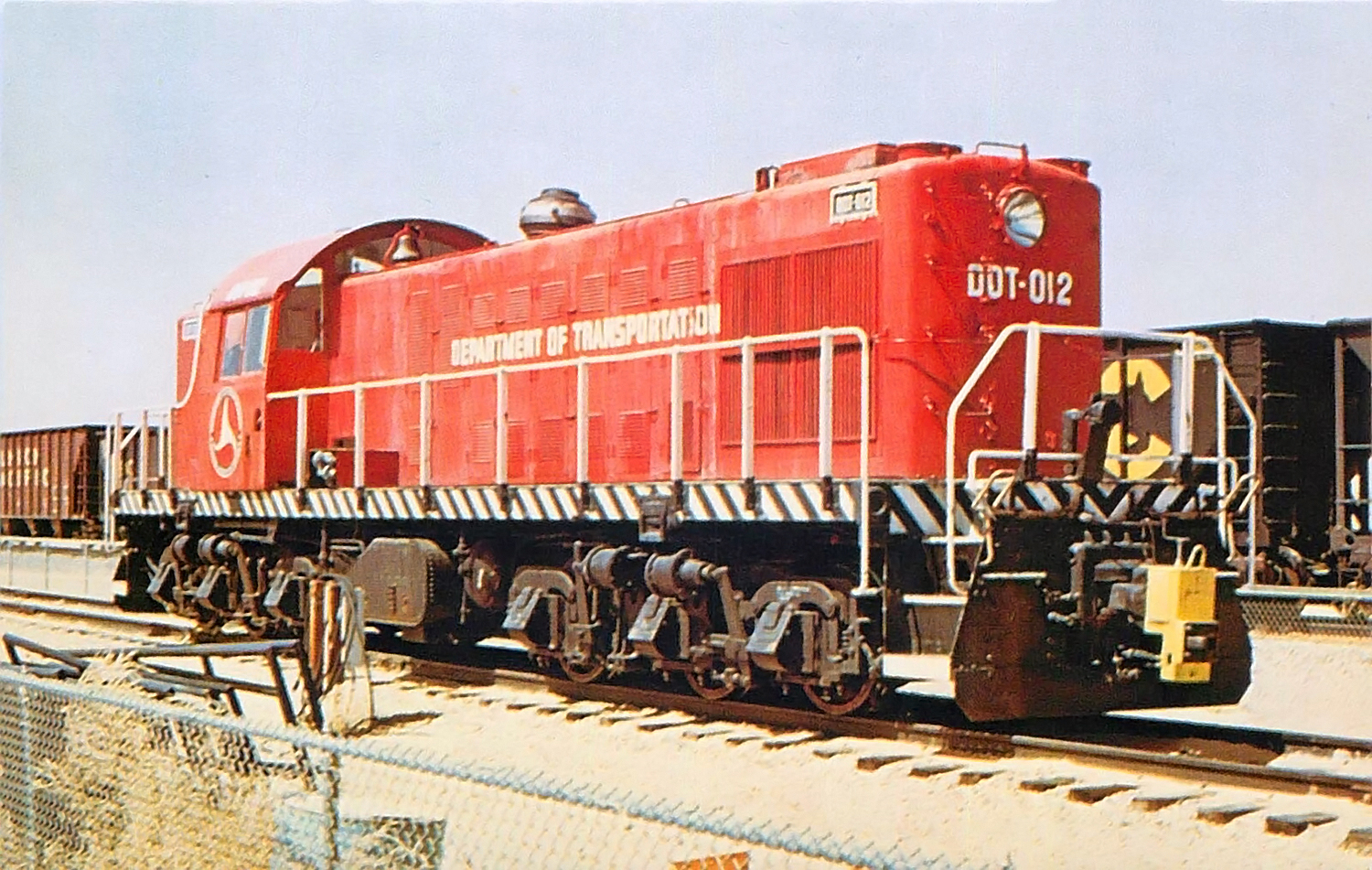 More information about these locomotives can be found in the production roster listed above.  Of the dozen units preserved four are known to be operational: