The original SD60 model, released in the mid-1980s, was meant to update the unreliable and unsuccessful SD50 design. The new locomotive looked very similar to the SD50 externally but internally offered an upgraded prime mover and other updated equipment.

While the SD60 itself only sold a few hundred examples, several variants of it did quite well with more than 1,000 in all being built by the time construction was completed on the design in the mid-1990s.

In many ways, the rebound of the SD60 helped the Electro-Motive Division not only remain competitive against General Electric but also may have prevented the company from losing nearly its remaining market share altogether.

The model would be succeeded by the SD70 series, which again could not reclaim EMD as industry leader but was another successful design that sold more than 2,000 examples. 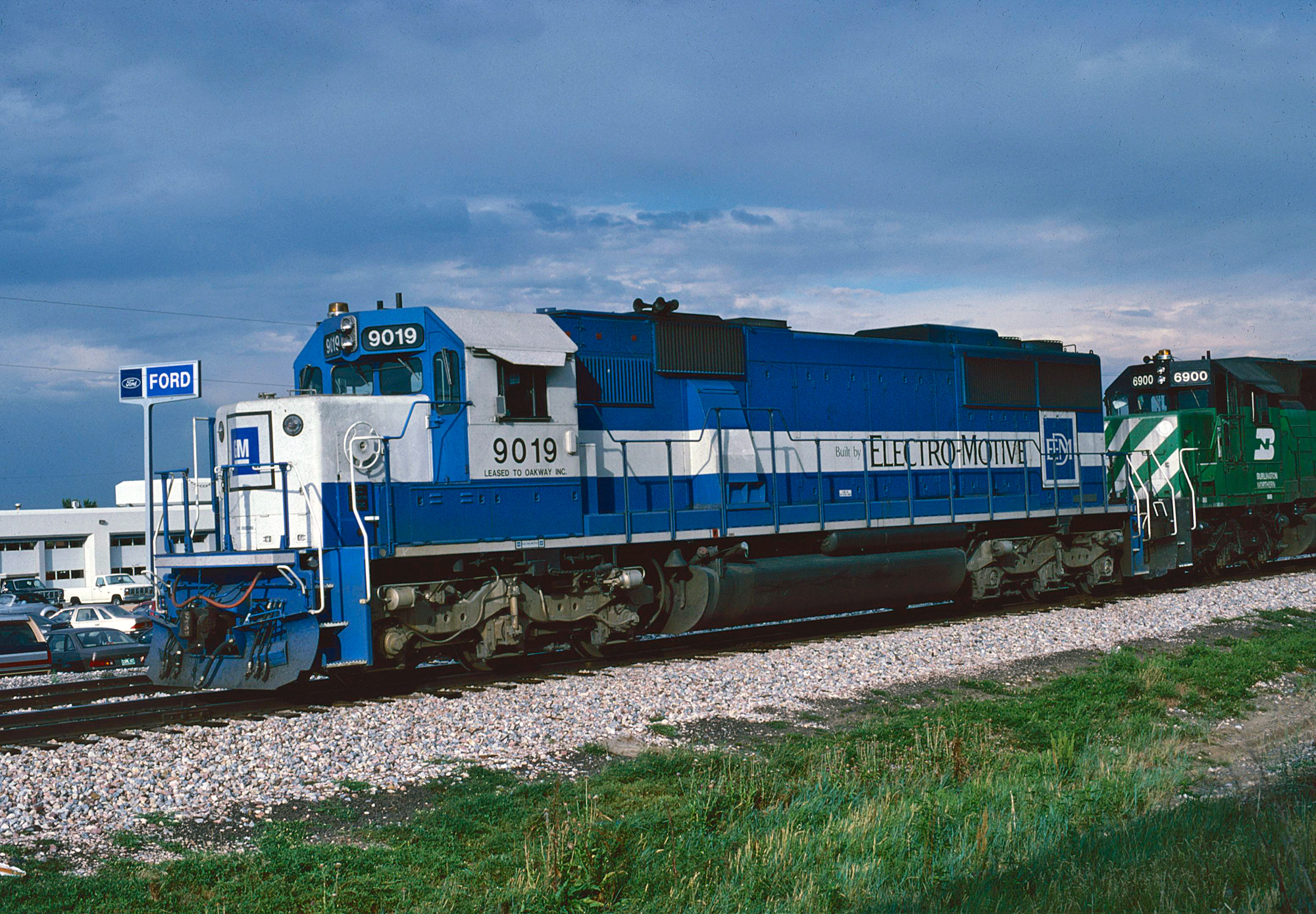 The original SD60 design began production in the spring of 1984. It was intended to replace the trouble-prone SD50 model which suffered from reliability and mechanical issues along with being a complicated design to maintain (notably with its electronics and microprocessors).

The SD60 featured General Motors' latest 16-cylinder model 710G prime mover (replacing the model used on the trouble prone SD50), which could produce 3,800 horsepower, and the company marketed the locomotive as a heavy-haul/drag service unit.

To back this up, it also offered substantial continuous tractive effort of 98,250 pounds starting and 100,000 pounds continuous using GM's new D87B traction motor.

This was a vast increase over the SD50, and even the SD38 and SD40 series, as those models generally offered between 80,000 to 90,000 pounds of tractive effort. 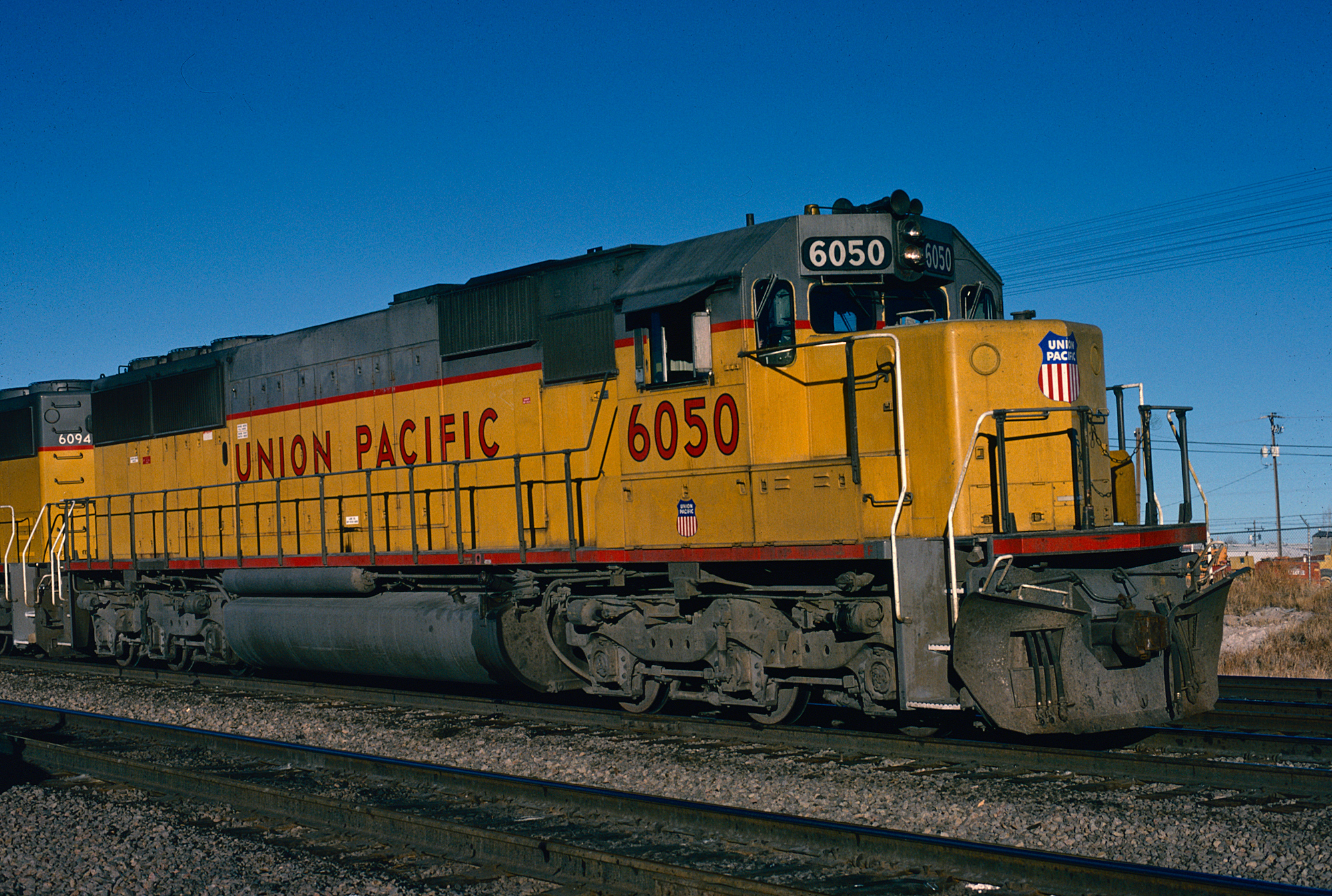 Union Pacific SD60 #6050 is seen here on December 2, 1989. At the time of this photo the locomotive was only three years old (out-shopped in May, 1986). It was later renumbered 2205. Vincent Porreca photo. American-Rails.com collection.

While a much more reliable and easier to maintain model than the SD50, the original SD60 design saw marginal sales success, especially in comparison to that of similar General Electric was building at the time. 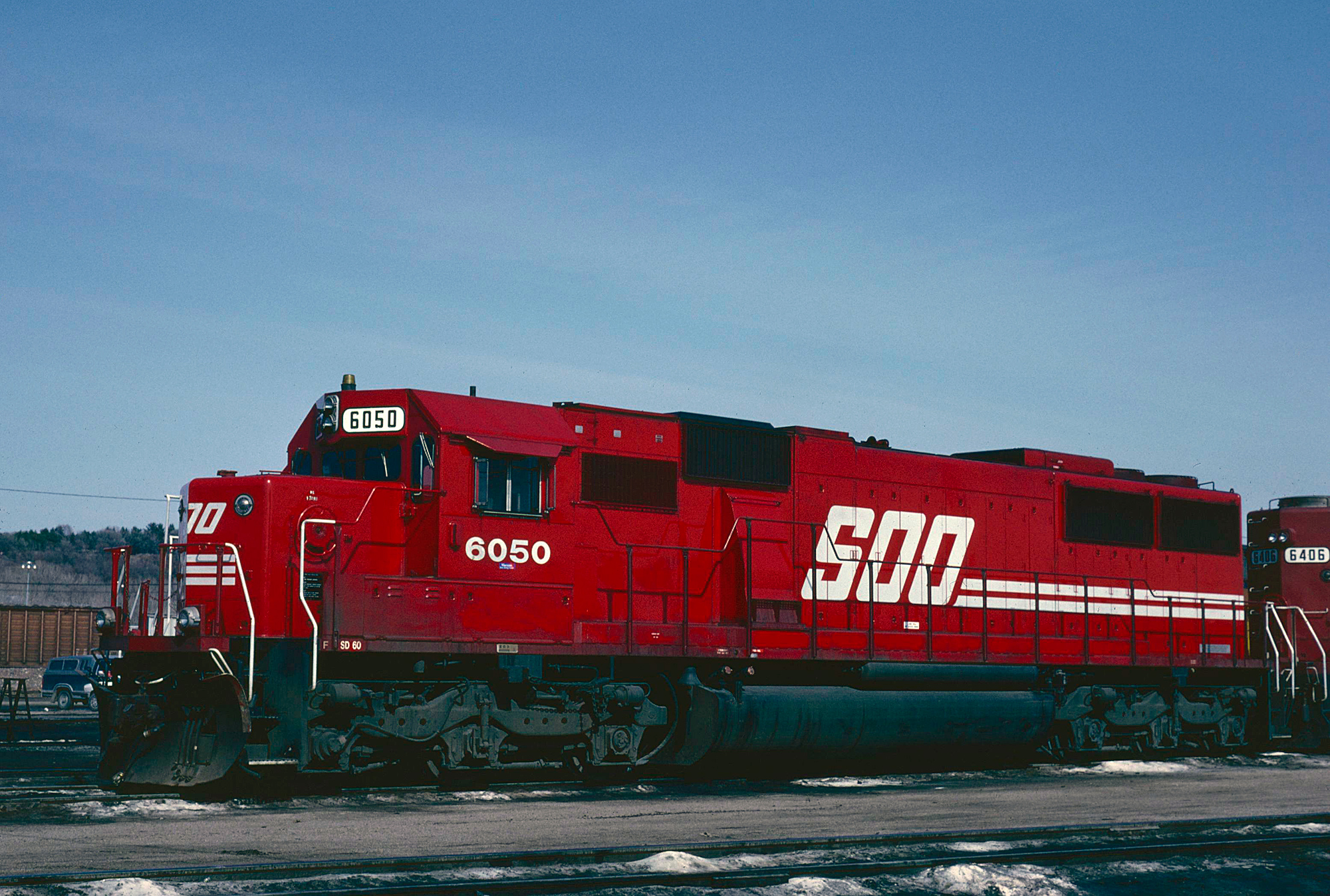 These lackluster sales numbers can almost certainly be attributed to the industry's weariness of Electro-Motive products after the issues that afflicted the SD50 since mechanically the SD60 was a sound locomotive that generally was rather easy to maintain. However, the model's variants sold much better.

The most successful variant was the SD60M (the "M" designated the model featuring the, then, new wide "safety" cab that would eventually become standard across the industry).

Together they purchased 740 examples with UP purchasing the most, some 560 units (originally numbered 6085-6645) and most still remain in operation today. 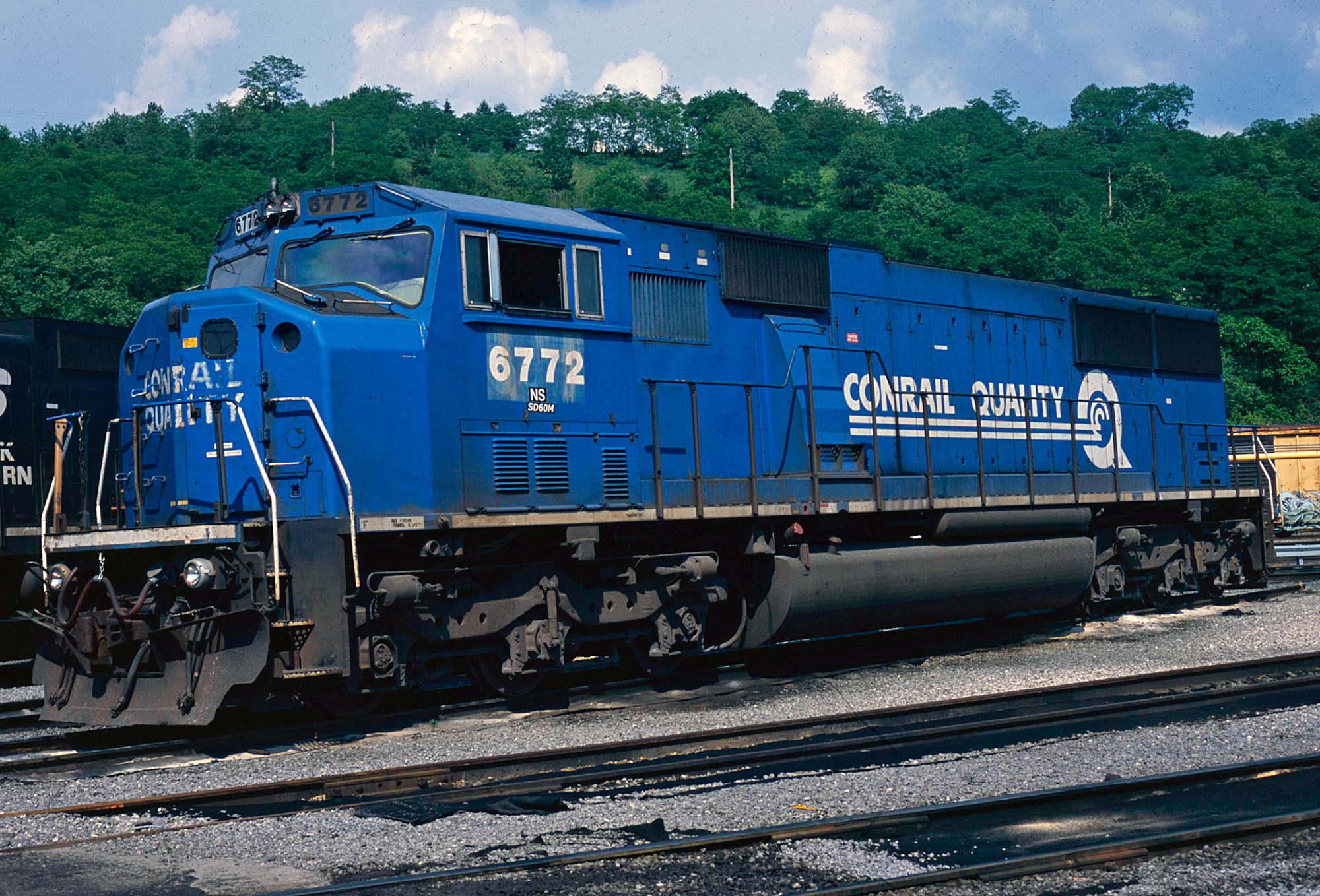 EMD also built an SD60I for Conrail, which purchased 81 units. The "I" designation stood for "isolated cab", also known as a whisper cab as it was meant to greatly reduce engine noise and vibrations for the crew by literally isolating the cab from the frame of the locomotive.

It should also be noted that EMD built four SD60MAC units (the "AC" referred to the model having alternating-current traction motors) as demonstrators for a new variant of the model.

While tested on the Burlington Northern, none were built, and the first AC model EMD released and ultimately cataloged was the SD70MAC. 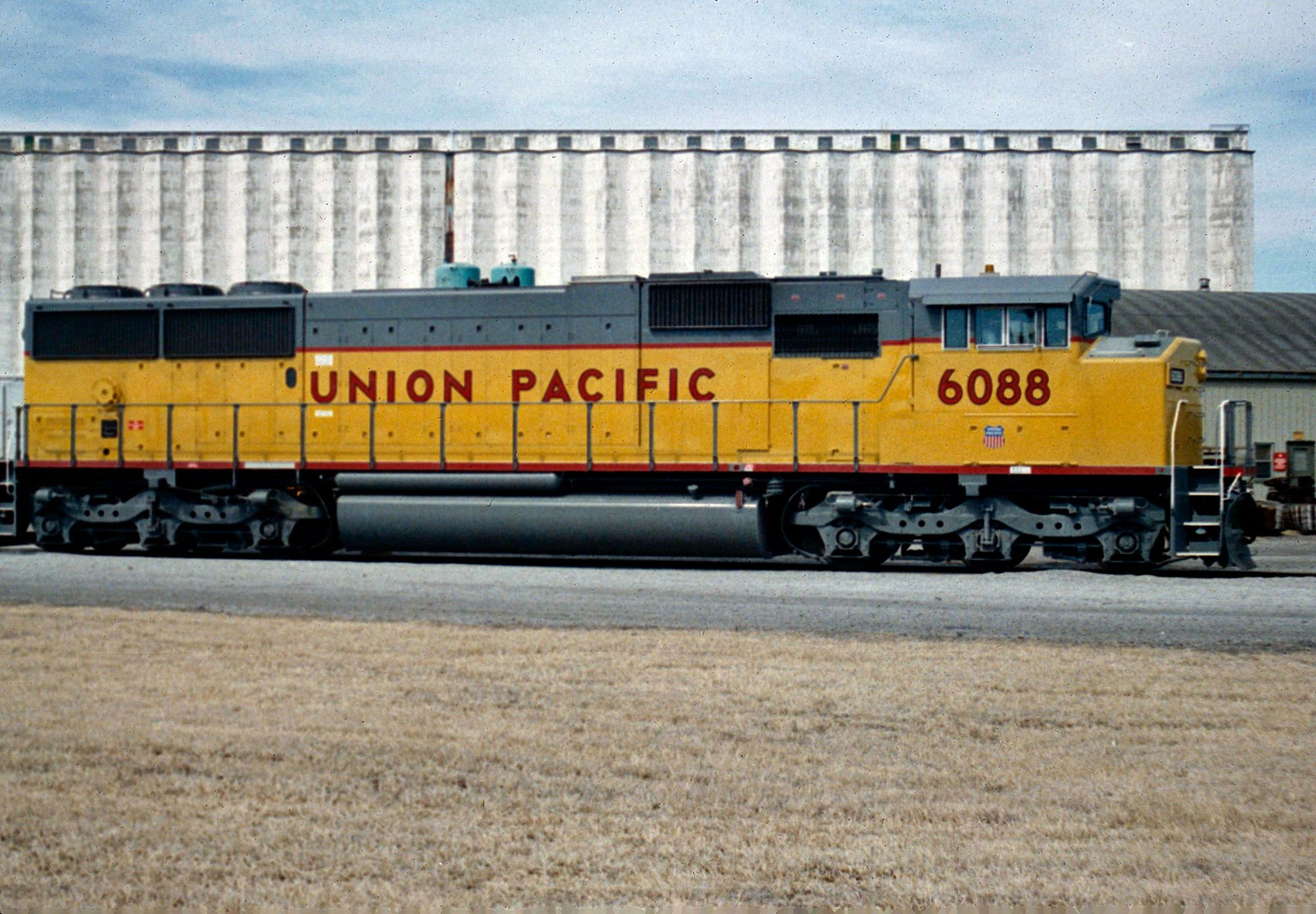 It should be noted that there was another variant known as the SD60MAC. This model was essentially an SD60M that used alternating current (AC) traction motors and EMD constructed four that tested on Burlington Northern.

While the tests proved successful all orders for the model were taken as the later SD70MAC.  Currently, the four demonstrator units remain at the FRA Test Track in Pueblo, Colorado.

Today, as mentioned above, SD60s and its variants remain in operation on nearly every Class I system with leased units being found on some regionals and short lines like the New England Central.