The H20-44 was the most powerful switcher Fairbanks-Morse cataloged.  It was also powerful true switcher ever built at 2,000 horsepower.

In fact, the locomotive was so powerful that John Kirkland notes in his book, "The Diesel Builders: Fairbanks-Morse And Lima Hamilton," all of its 2,000 horses could not be used in a true switching capacity.

The only way to do so was by using the locomotive in a transfer or road-switcher capacity were it was operating in main line service.

While the H20-44 sold better than other FM models, overall its sale were only lukewarm. Few Fairbanks-Morse diesel locomotives were ever preserved but thankfully, three H20-44's were saved and are on display at various museums around the country. 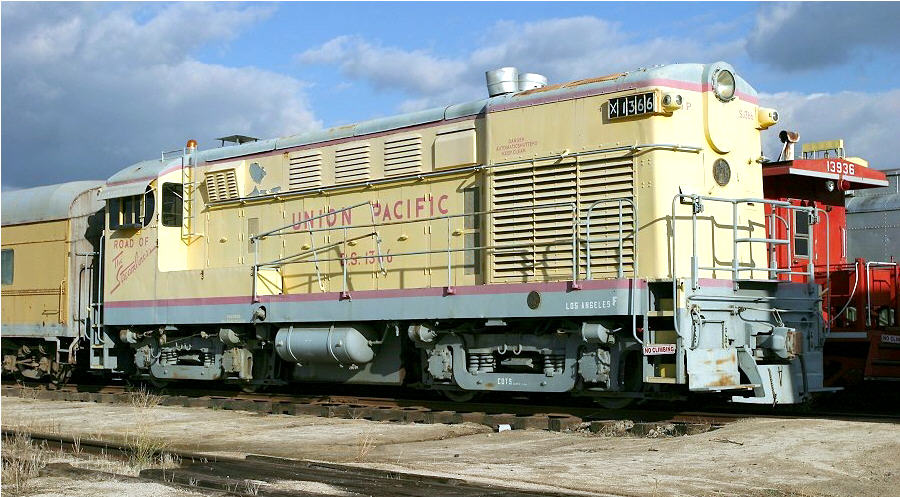 At 51 feet in length it was somewhat shorter than either of FM's lightweight road-switcher models, the H15-44 and H16-44.

As was the case with most of FM's diesel locomotive models the company hired famed industrial designer Raymond Loewy to give the H20-44 fine lines and exterior features.

Finding such design features somewhat frivolous and doing little to boost sales, FM scrapped Loewy's recommendations in the model's latter years of production to save on construction costs.

In any event, Fairbanks-Morse apparently learned from the unsuccessful nature of the H20-44 and offered no future switcher-type models that included such a high horsepower rating.

Instead, in 1950 it released the H12-44 switcher that went on to become its most successful such design.

In regards to the model's classification system, it was more or less similar to what Baldwin used in its early diesel designs but was not quite as complicated in understanding.

For example, the H20-44's designation was as follows:

When production had ended in March, 1954 the H20-44 had sold just 96 units to a handful of railroads. The Pennsylvania wound up with the most, 38 examples.

While FM locomotives were not the unreliable machines that is often portrayed in historical texts, the H20-44 was not an especially great design.

It was too powerful as as switcher and is why the H12-44 (at 1,200 horsepower) was much more suited for this role.  Interestingly, as a road or transfer switcher the H20-44 proved much more successful.

The small Akron, Canton & Youngstown of northern Ohio and nearby Pittsburgh & West Virginia, for instance, employed theirs in daily road assignments for many years.

When production had ended on the FM H20-44 in March 1954 it had sold to five different railroads:

UP also went on to purchase FM's two pair of demonstrators, both of which were designated  #2000 giving the railroad a total of 12 units.

Lastly, for more information about the FM H20-44 please refer to the above chart for a complete production roster.