The Baltimore & Ohio's Abraham Lincoln was a unique mostly due to the area in which it operated and its short time under B&O control.

With the company's takeover of the Alton Railroad during the late 1920s it immediately had a incredible advantage over all other eastern trunk lines and looked to exploit this particularly in regards to passenger service.

In the 1930s the railroad was able to acquire two new streamlined trainsets and assigned one on its Alton route between Chicago and St. Louis.

Unfortunately, the B&O could never gain a competitive edge in the market despite offering the first streamlined train between the two cities.  Even the railroad's legendary service could not sway strong patronage the Lincoln.

Additionally, the company had to sell its interest in the Alton by the mid-1940s ending any hopes of benefiting from its new markets.

Interestingly, the train survived as part of the Gulf, Mobile & Ohio and was even retained by Amtrak. Today, a version of the train by a different name still operates. 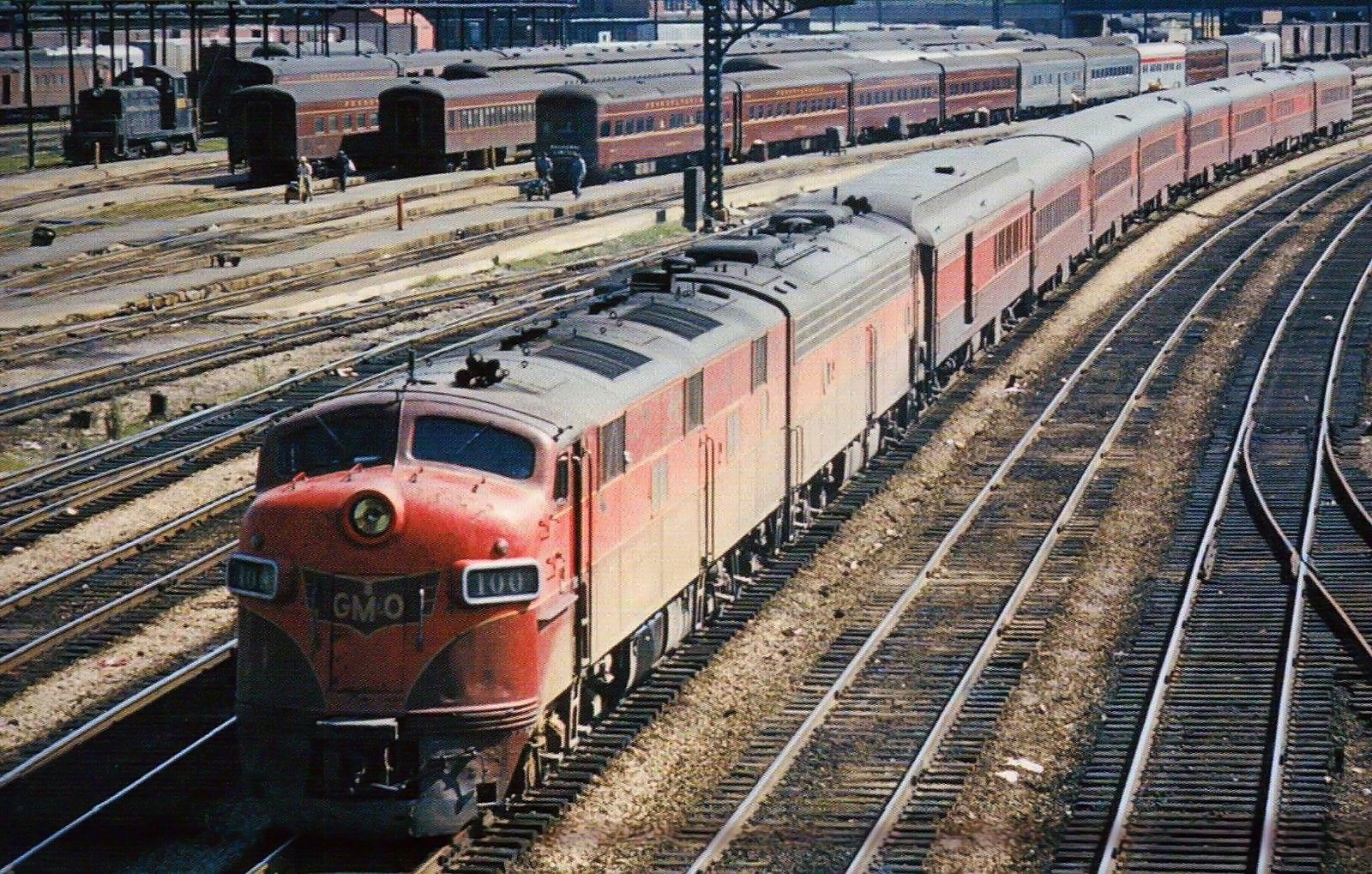 What became the B&O's Abraham Lincoln could never have happened if the railroad had not gained control of a mid-sized Midwestern line known as the Chicago & Alton Railroad.

The C&A had a history that dated back to 1847 as the Alton & Sangamon Railroad which was chartered to connect Alton, Illinois with St. Louis.

By 1860 the company was renamed as the St. Louis, Alton & Chicago as it looked to further expand its system. Then, a year later it was purchased by the Chicago & Alton Railroad, which by the late 1870s reached the three important Midwestern cities of Chicago, Kansas City, and St. Louis.

By 1929 the United States had been struck by the Great Depression and the C&A, having already been owned by a number of different railroads (including the Rock Island, Nickel Plate Road, and Union Pacific) was purchased by the B&O at foreclosure which remained the property as the Alton Railroad in 1931.

Under B&O ownership the major eastern trunk line hoped to expand its operations in the Midwest and give it the unique position of being the only eastern carrier to reach as far west as Kansas City (which allowed it to connect to western lines like the Missouri Pacific, St. Louis-San Francisco, and others).

With its new acquisition the B&O quickly set to offering new and upgraded passenger services over the line. Around that time the B&O had been looking to update its passenger services, particularly along its eastern corridor between Washington, D.C. and New York City with its premier run the Royal Blue.

For years the railroad had been battling with the Pennsylvania Railroad for dominance in the market and looked to continuing upgrading the train to remain competitive. 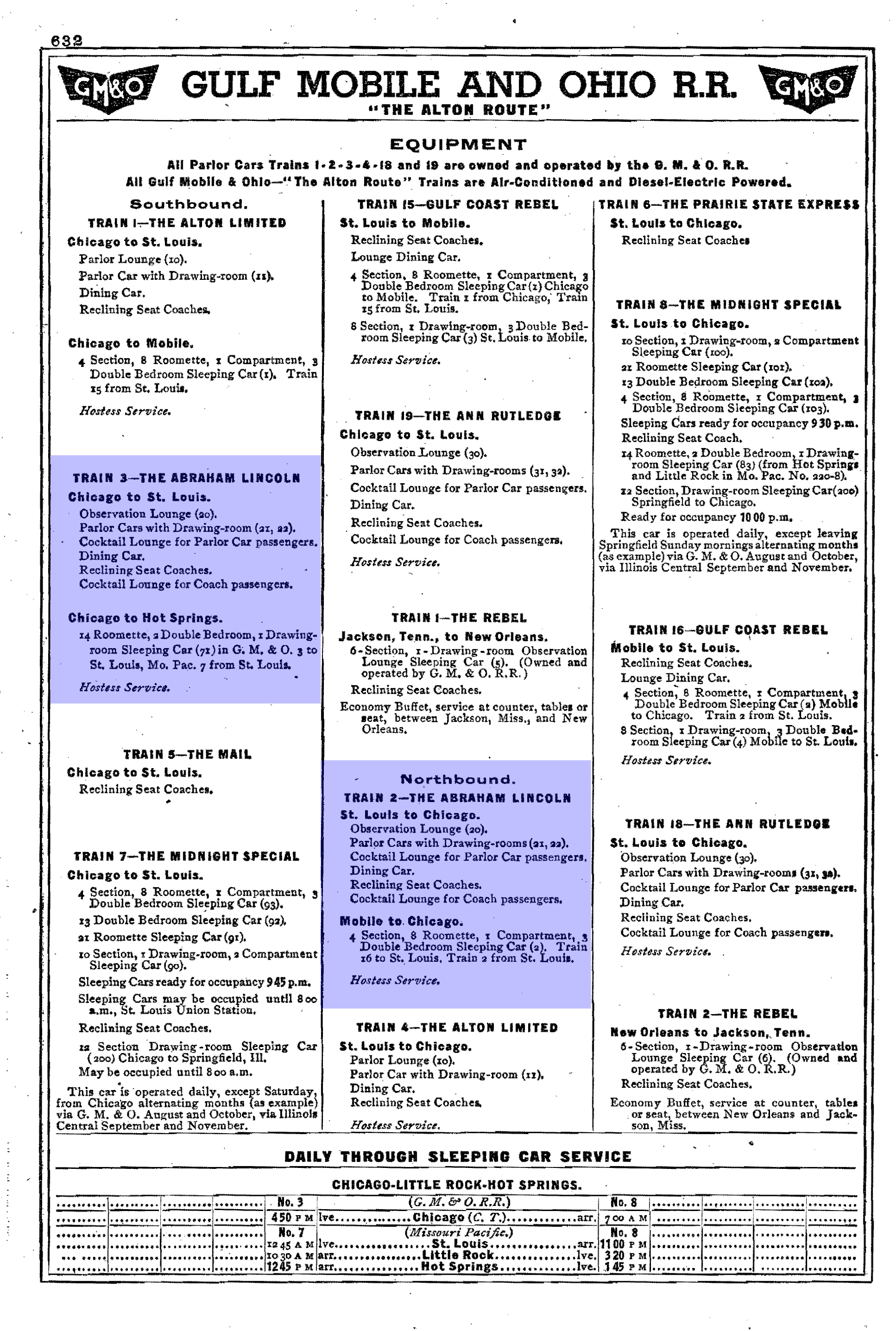 In 1935, thanks to assistance via a U.S. Reconstruction Finance Corporation loan, the Baltimore & Ohio purchased two streamlined trainsets from American Car & Foundry.

One train was built using aluminum and used as the Royal Blue while the other of Cor-Ten steel and sent west for use as the Lincoln on the Alton Railroad between St. Louis and Chicago.

For power the train used an 1,800 horsepower semi-streamlined boxcab diesel locomotive built by the Electro-Motive Corporation, #50. Painted in deep, royal blue with gold trim, just like the Royal Blue, it was the first streamlined train to serve St. Louis and Chicago.

Interestingly, the Alton Railroad soon picked up an additional streamliner when President Daniel Willard became dissatisfied with the aluminum-built trainset and sent it west in 1937 after less than two years of service.

This resulted in the aluminum trainset being renamed as the Abe Lincoln while the original Cor-Ten steel set became the Ann Rutledge (President Lincoln's first love).

In 1937, the same year the two streamliners began operations on the Alton the Baltimore & Ohio took delivery of six sets of new streamlined diesels from EMC known as the EA (and booster EB) numbered 51-56.

Some of these new unis were assigned to the Abe Lincoln and Ann Rutledge. Capable of producing 3,600 horsepower combined the design set the standard for later cab models manufactured by the builder.

Typically, the train could complete the run between St. Louis and Chicago in just over five hours averaging a speed of nearly 55 mph. 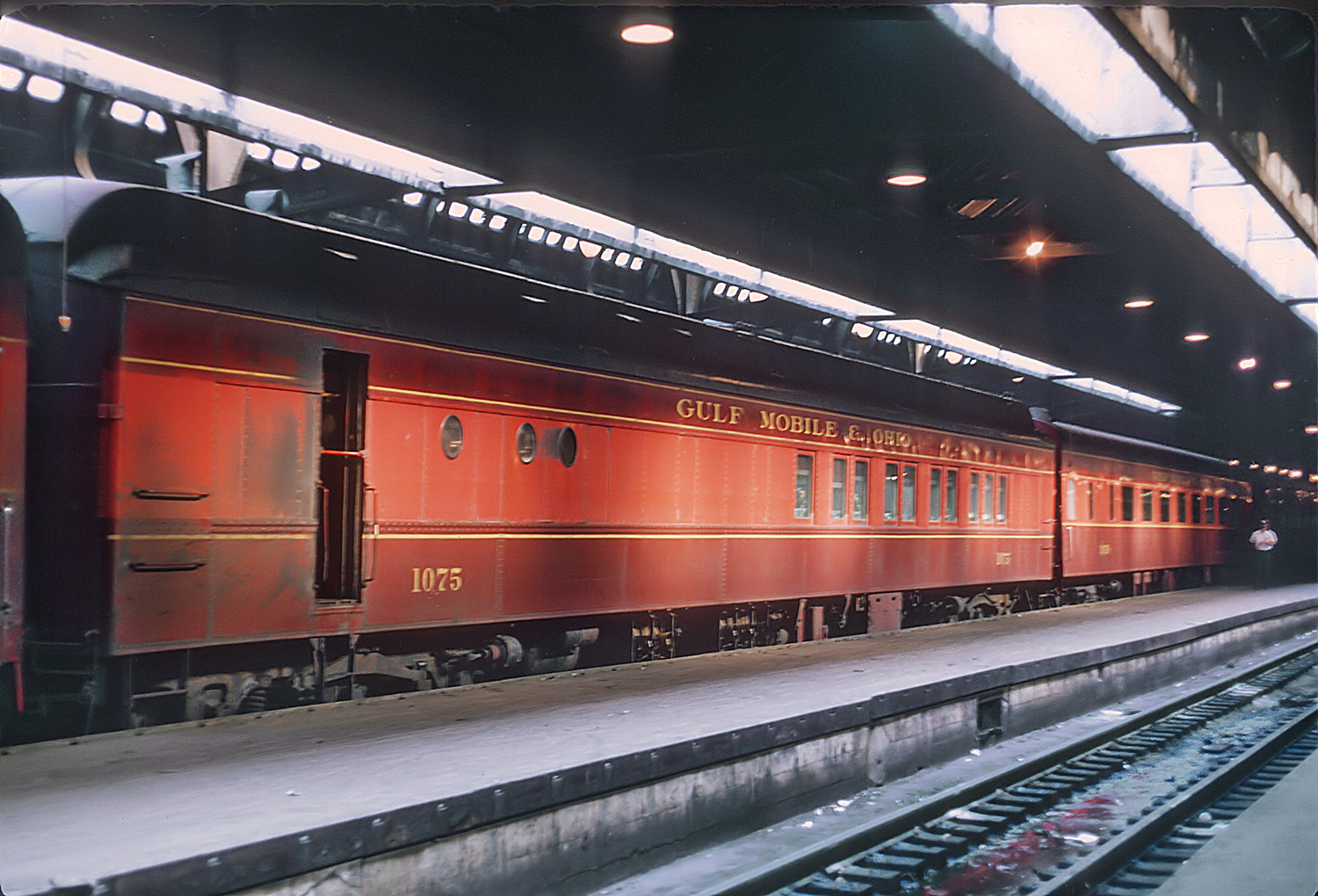 Unfortunately for the B&O, the Great Depression and the straining demands of World War II put too much stress on the carrier to carry out its hoped for plans with the Alton Railroad and formally sold the line to the Gulf, Mobile & Ohio on May 31, 1947.

Interestingly, the GM&O apparently saw the Abe Lincoln as a useful train as it continued to use the name for the next 24 years although it adopted the Alton's red paint scheme as its primary livery for its passenger trains. 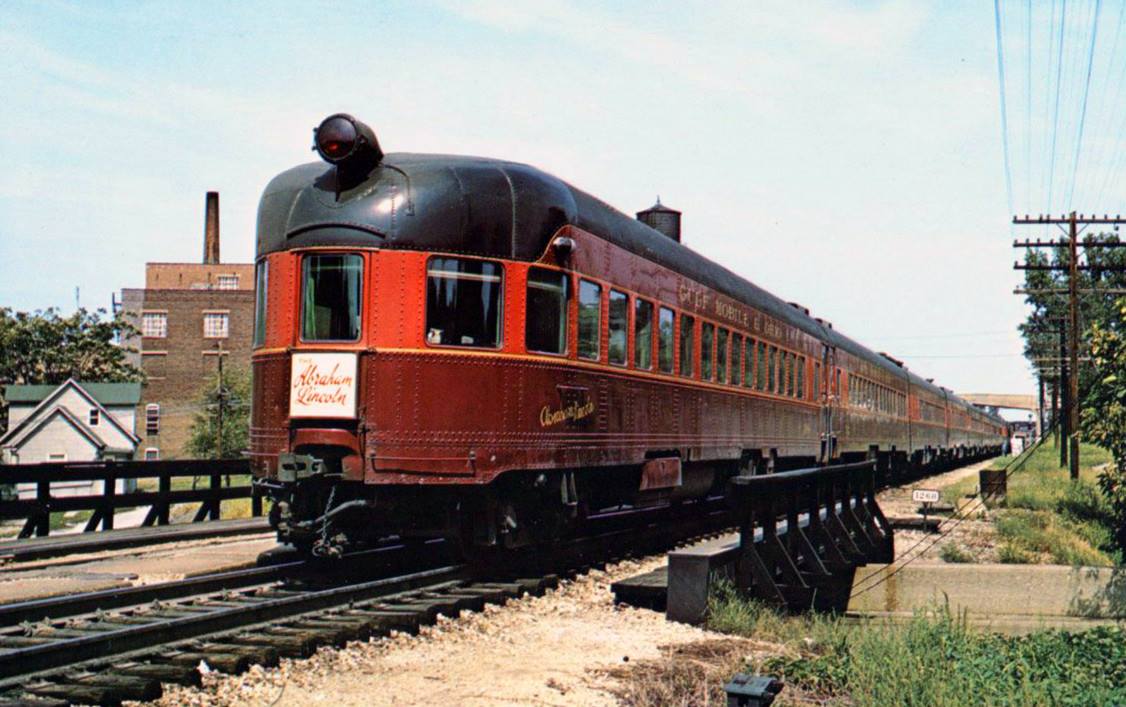 A postcard of the Gulf, Mobile & Ohio's "Abraham Lincoln," circa 1950's. This lightweight parlor-lounge observation was manufactured by American Car & Foundry in 1935.

One of the B&O's original trainsets remained in use with the train until the GM&O began cutting back services in the latter 1960s.

Even after Amtrak ownership the Abraham Lincoln continued to operate between St. Louis and Chicago although the carrier also extended the train to Milwaukee.

In 1976, Amtrak even revived the Ann Rutledge and the name survived for decades until 2009 when it along with the Abe Lincoln were discontinued and renamed simply as the Lincoln Service.

Still, it's rather amazing that for a train with no, true long term aspirations when it was started by the Baltimore & Ohio all those years ago its route and part of its name continues to survive today.