Different from the traditional DCs, AC traction motors are much more simple, reliable, and easier to maintain albeit they costs far more.

Aside from their reliability and simplicity they provide phenomenal pulling power and are ideal for use in heavy drag service hauling freight over stiff grades.

Because of this, and the need for power at the time, railroads loved the model and it went on to become the most successful present day locomotive.

They have since been replaced by GE's newer ES44AC model but almost all of the AC4400s remain in revenue service on every Class I in North America except for CN and NS (which did not purchase the model).

As such, if you are a railfan roaming the main lines in the United States or Canada there is a high probability that you will run across one at least once.

Note that the model's days may be growing short.  Many are more than 20 years old and as new designs are cataloged the 4400's are being pushed down the roster.

In addition, some Class I's have opted to rebuild older units in their fleet instead of purchasing new.  This has included some 4400's, such as on Union Pacific where a handful are now classified as C44ACM's. 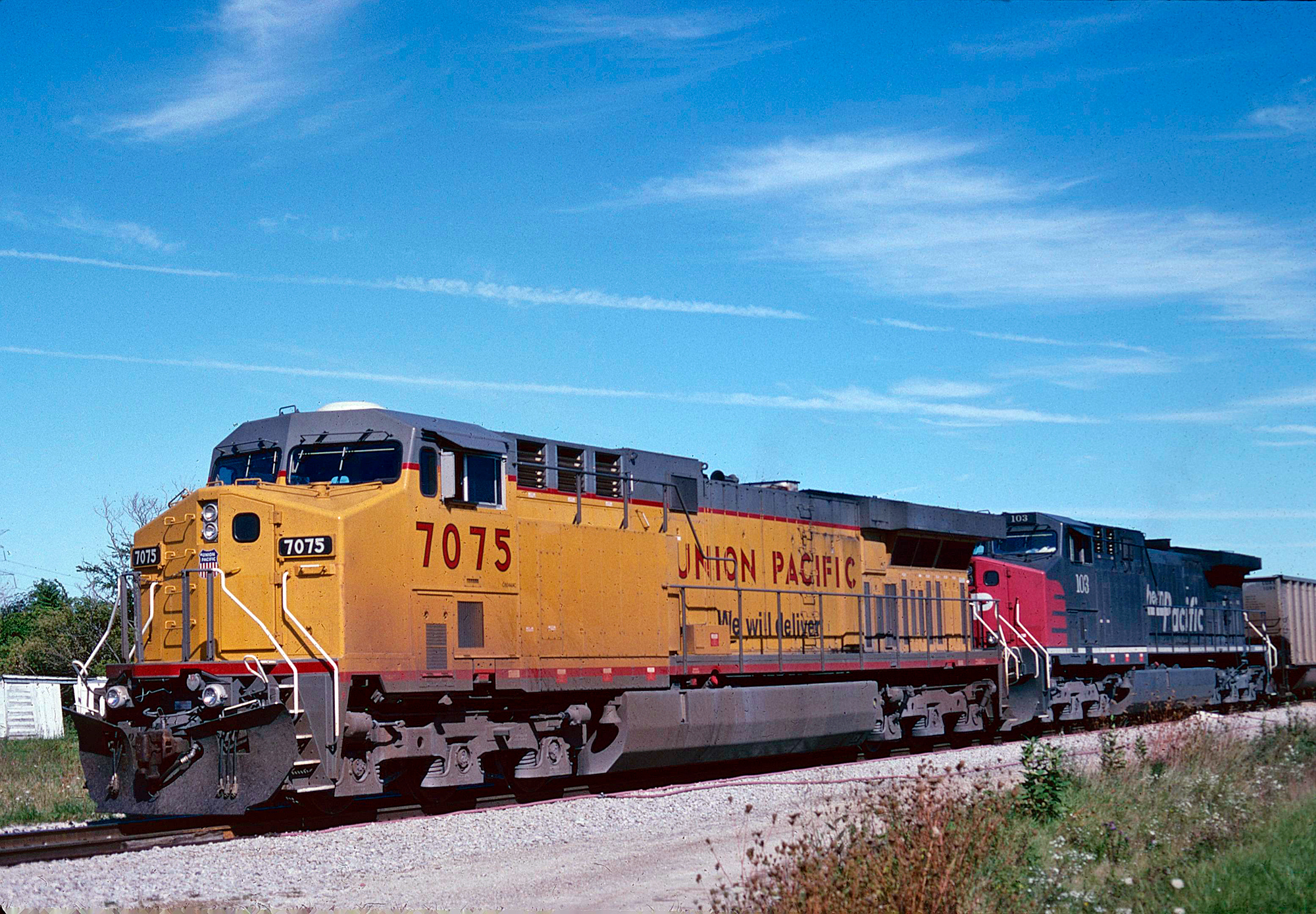 However, the builder never cataloged a model with alternating current traction motors until its SD70MAC two years later.  In the mean, GE recognized the market for AC motors had arrived and began development on what became the AC4400CW.

For GE it was the first locomotive in its catalog with AC traction motors and railroads quickly recognized the effectiveness of this new technology.

By the early 1990s the company was already the top manufacturer thanks to the success of its Dash 8 line.  These locomotives were the first to feature microprocessors and a game changer in operational efficiency.

The Dash 9 series continued its predecessor's accomplishments and boasted the latest technological developments such as split cooling, electronic fuel injection, and high adhesion (or HiAd) truck. 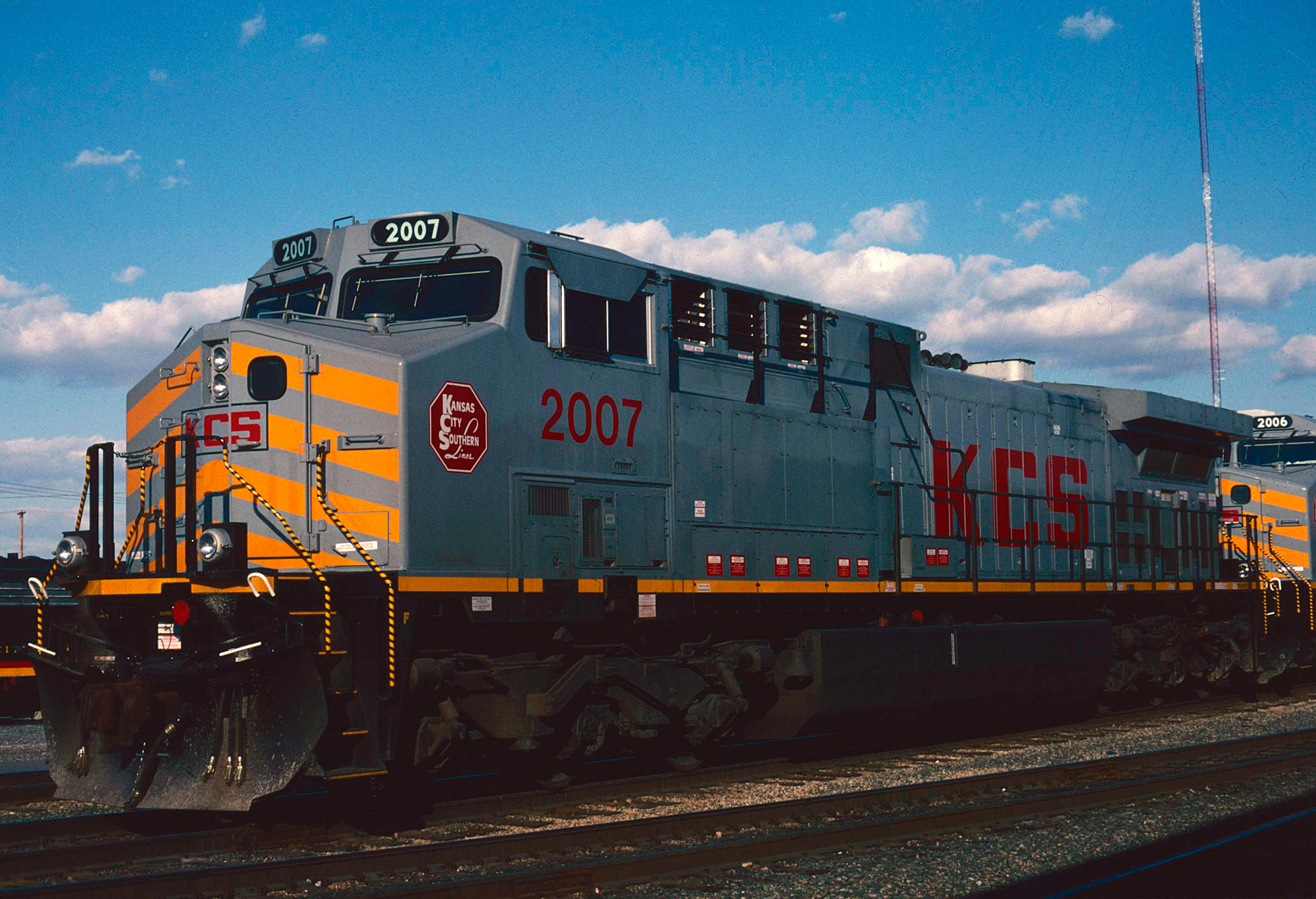 The AC4400CW was nearly identical to the C44-9W in outward appearance and inward components.  Its notable spotting feature, as Greg McDonnell notes in his book, "Locomotives, The Modern Diesel & Electric Reference: 2nd Edition," was the addition of a large box just behind the left side of this cab.

This so-called "Aux Cab," as GE described it, held all of the A.C. traction circuitry.  The basic premise of the AC4400CW's is that its inverters held in this cabinet (the original models featured six "Gated Turn On" devices per inverter, or 36 in all) convert DC power from the main alternator to three-phase AC power used by the traction motors.

Interestingly, AC44's built after 1998 replaced these GTO's with what GE called Integrated Gate Bipolar Transistors or IGBT's.  This new technology essentially made the "Aux Cab" irrelevant. 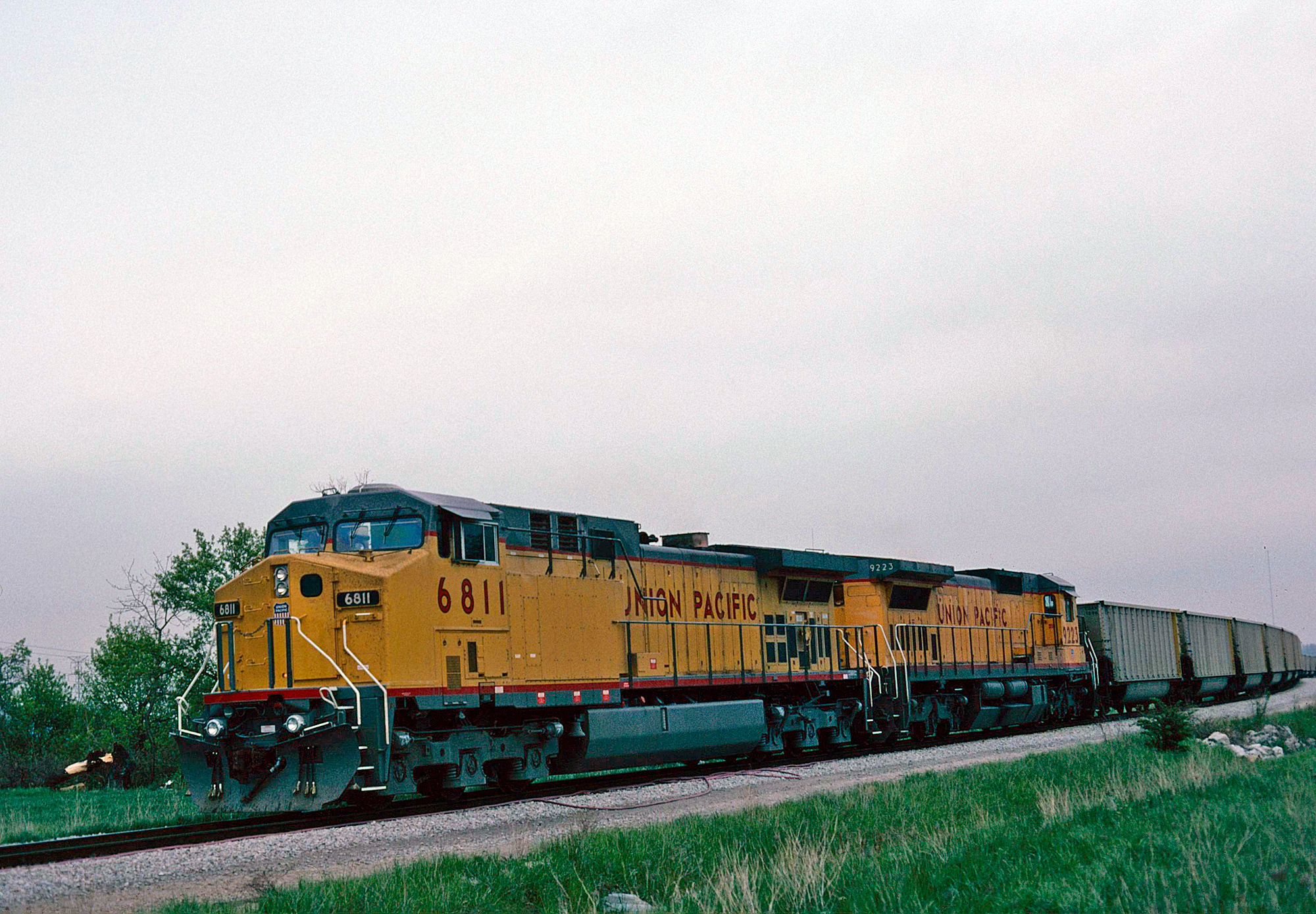 One final upgrade was the introduction of GE's steerable truck.  Electro-Motive, once again, had pioneered this technology with its HTCR-II.

While industry experts often view EMD's as superior, which helped it sell thousands of SD70 series models in the 1990s and 2000s, GE created a radial version of its HiAd in 1996 that has proven satisfactory.

GE's model designation for the AC4400CW was as follows:

Officially, the AC4400CW went into GE's catalog in the summer of 1994 and became so successful it remained in production until the company unveiled its new design, the ES44AC which was part of its new Evolution Series, in early 2005. 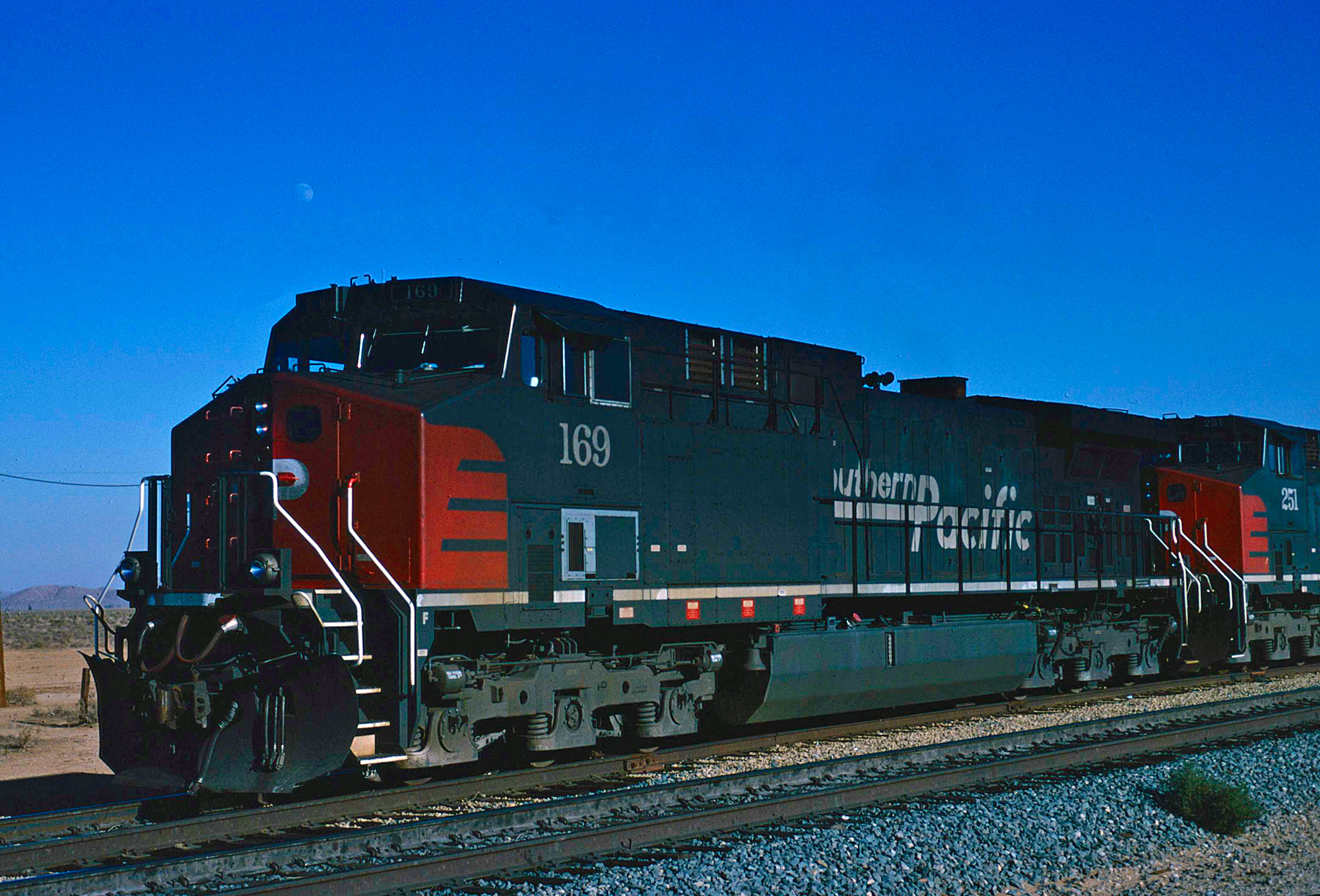 By that time GE had sold a mind-boggling 2,972 units to every North American Class I except Norfolk Southern and Canadian National.

For lines like Union Pacific and CSX, the two biggest buyers of the AC4400CW, the locomotive has been an incredible asset in the movement of heavy freight, notably coal drags through Wyoming's Powder River Basin and West Virginia's Appalachian coal fields.

Today, while their carbody is virtually identical to other, similar GE models like the C44-9W, likely every other locomotive you will see pulling a freight is a AC4400CW or ES44AC as nearly all remain in active revenue service on Class I railroads.