The Admiral was another of the many secondary trains the Pennsylvania operated in the hotly contested New York to Chicago market.  Established in the spring of 1941, despite its less prestigious status was still considered part of the PRR's regal "Blue Ribbon" fleet.

As ridership began to sink after the war, such trains as the Admiral were the first to feel the effects.  The railroad began downsizing its fleet in the 1950s to curb rising costs and the train was eventually canceled before the decade had ended.

Somewhat surprising, however, was the fact that the eastbound leg survived through the somber Penn Central years, making its final run on April 30, 1971 directly before Amtrak took over intercity services across the country.

According to Joe Welsh's book, "Pennsylvania Railroad's Broadway Limited," the Admiral first joined the timetable on April 27, 1941 as eastbound train #70, which replaced the Advance General, an additional section of PRR's popular General (long considered the railroad's most prestigious train behind only the Broadway Limited).

It was another year before a westbound counterpart (#71) was added, making its first run on April 26, 1942.  By then the United States was fully engulfed in World War II and the PRR, along with the rest of the industry, struggled to meet traffic demands (both freight and passenger). 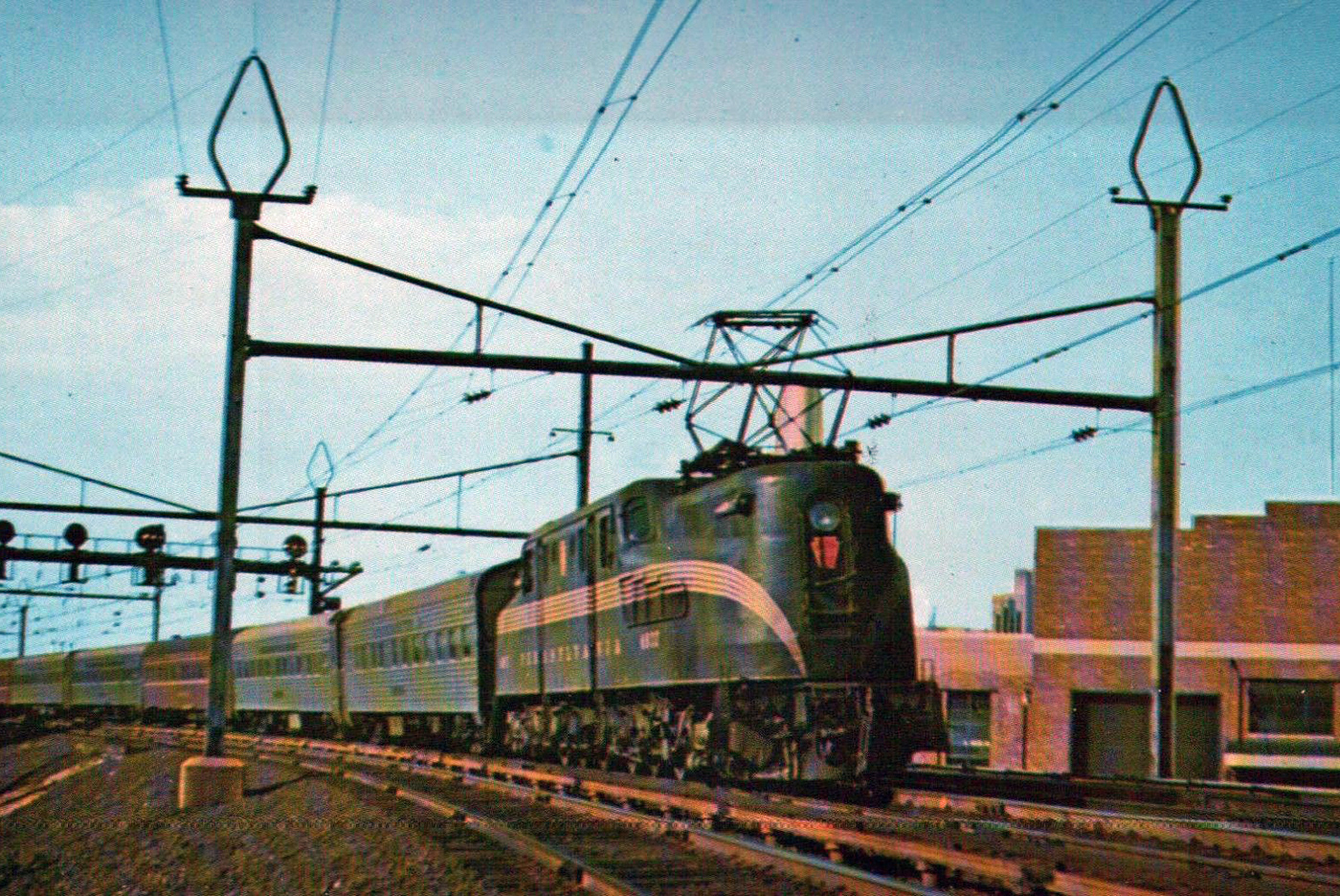 Perhaps as a means to fill a vacancy in the timetable it departed New York after dinner at 8 PM after most of the day trains had already left but before the overnight Gotham Limited pull away from Pennsylvania Station around Midnight.

Additionally, the eastbound leg exited Chicago Union Station at 5:30 PM, after the crack Broadway Limited but a few minutes before the Pennsylvania Limited.  The Admiral's consist was fairly typical of the market it served and overall was what one would expect from PRR's "Blue Ribbon" fleet.

Including a mix of lightweight and heavyweight cars the train offered reclining seat coaches, a diner, and sleepers in a wide range of accommodations (roomettes, double-bedrooms, duplexes, drawing rooms, and compartments).

The Admiral also featured lounge service although not via a separate car; it was provided through a 1-drawing room/bar-lounge and later a prewar, lightweight 6 double-bedroom/buffet-lounge).

The newer equipment was comprised mostly of sleepers although at least one lightweight P85BR Class reclining coach was also usually running within the consist.  Aside from its New York - Chicago sleepers the train also handled a pair of transcontinental sleepers; one via the California Zephyr and the other the San Fransisco Overland.

Each car ran on different days from the other and they terminated at the Bay Area. Finally, the Admiral handled a considerable amount of lucrative head-end, mail/express shipments and was largely the reason behind it surviving so long. 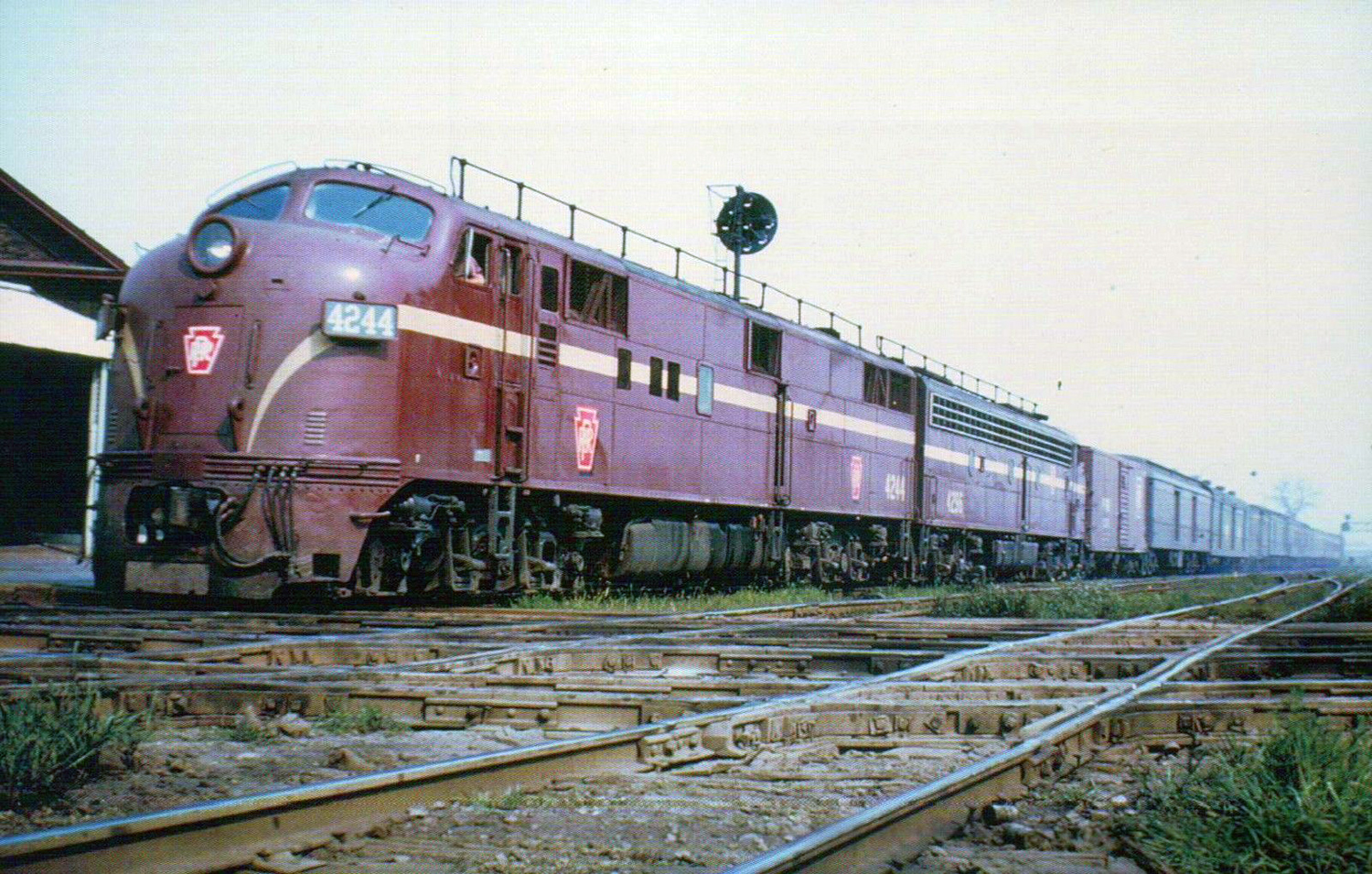 For many years it was powered by PRR's legendary fleet of K4s Pacifics while on occasion even one of the interesting Class T-1, 4-4-4-4 "Duplex" steamers carrying Raymond Loewy's "Sharknose" styling could be found on the head-end.

For all of the millions the PRR sank into its passenger operations, both before and after the war, it could not stop the growing ridership losses that had first taken hold during the Great Depression.

No other railroad in the east or west provided services better than the Pennsylvania but as the years passed the public continued to abandon trains for either the open freedom of the highway or the speed airlines offered. 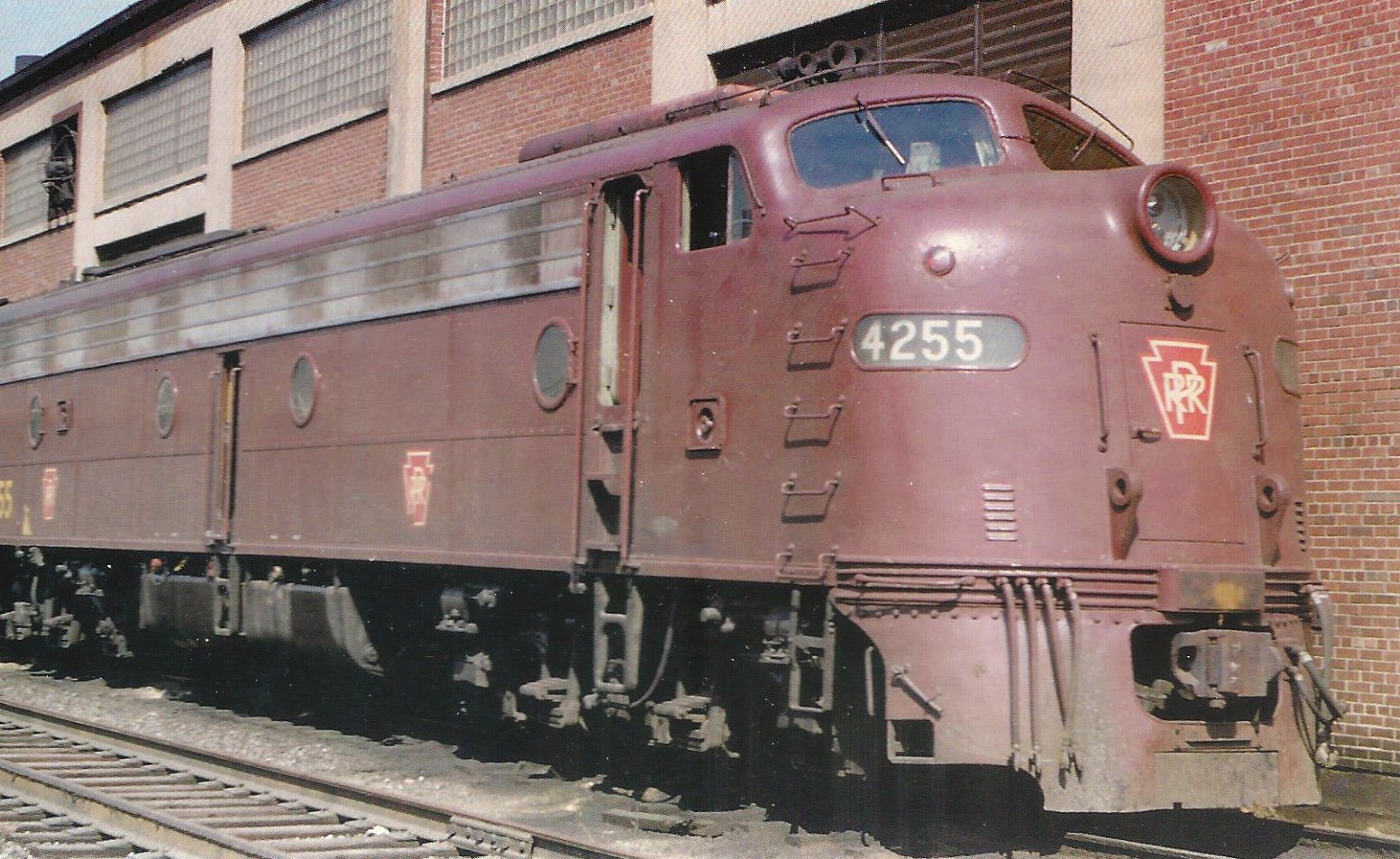 As the 1950s dawned the PRR implemented drastic efforts to curb rising costs, primarily through reducing services, combing routes, or canceling trains altogether. While this effort did work to some degree it certainly did not stop financial losses altogether.

Given the Admiral's secondary stature and a market already served by numerous other trains it was a candidate for removal.  On October 26, 1958 westbound #71 made its final run although by then only ran separately from Chicago Pittsburgh.

Incredibly, eastbound #70 survived all of the way through the Penn Central merger and longer than many other, more notable "Blue Ribbon" trains such as the General and Trail Blazer.  It made its final run on April 30, 1971 directly before Amtrak began operations.