The TAG Route was a small Class I which served all three of its namesake states. The company was slightly less than 100 miles in length and dated to the 1890's under a different name.

After a few reorganizations it acquired its final title in the early 1920's (following yet another bankruptcy it retained its name as the Tennessee, Alabama & Georgia).

The railroad subsisted on various forms of traffic ranging from coal early on to steel in later years.  In the years following World War II it predominantly remained a profitable operation working as a bridge route between Chattanooga and its southern terminus of Gadsden, Alabama.

After the "Roarin 20's" the railroad contained no feeder branches, carrying on exclusively as an end-to-end system.  To remove the competition the TAG's one-time interchange partner, Southern Railway, purchased the carrier in 1971.

As a result, it was slowly abandoned in sections over the years. Today, virtually nothing remains, with the last segment abandoned in the 2000's. 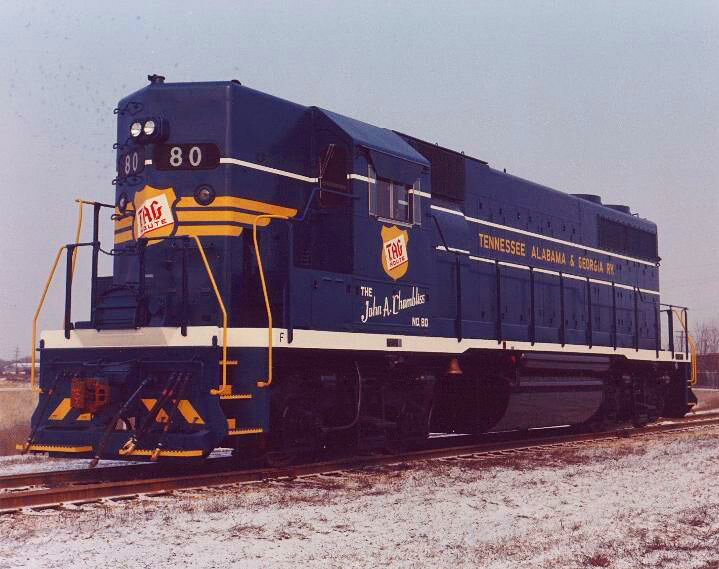 Unfortunately, the TAG Route has been covered sparsely in literary circles and it is difficult tracking down a detailed history of this little railroad.

The only known book mentioning the operation in some detail is Richard Prince's excellent title, "Central of Georgia Railway And Connecting Lines," published by the Stanway-Wheelright Printing Company in 1976 (currently out of print).

While it largely features the Central of Georgia, towards the back the author briefly mentions the TAG while offering a wonderfully detailed, all-time steam locomotive roster.  The history of the Tennessee, Alabama and Georgia Railway begins in April of 1890 with the chartering of the Chattanooga Southern Railway.

Its promoters envisioned a road to extract coal, iron, and timber from Lookout Mountain which would then be interchanged at nearby Chattanooga. After just a year of construction the 92-mile route to Gadsden, Alabama was opened in 1891.

Along the way it passed through the northwestern tip of Georgia and along the base of the Pigeon Mountain plateau, which gave the Chattanooga Southern the nickname, "Pigeon Mountain Route."

At Gadsden the line connected with the Louisville & Nashville and the Alabama Great Southern (a Southern Railway subsidiary) while to the north in Chattanooga interchange was made with the Central of Georgia; Nashville, Chattanooga & St. Louis (L&N); and Cincinnati, New Orleans & Texas Pacific Railway (another Southern subsidiary).

Alas, the company's debt quickly overwhelmed it and it fell into receivership in 1895.  A year later, in 1896, it emerged as the Chattanooga Southern Railroad.

The company operated for only a decade more until another bankruptcy occurred in 1910.  Once again it was quickly reorganized, this time with a completely new name as the Tennessee, Alabama, & Georgia Railroad.

It seems the TAG could never overcome its debt situation as yet more bankruptcies followed in 1922 and again in 1937.  Following the first foreclosure it became known as the Tennessee, Alabama & Georgia Railway, retaining that name during the latter reorganization. 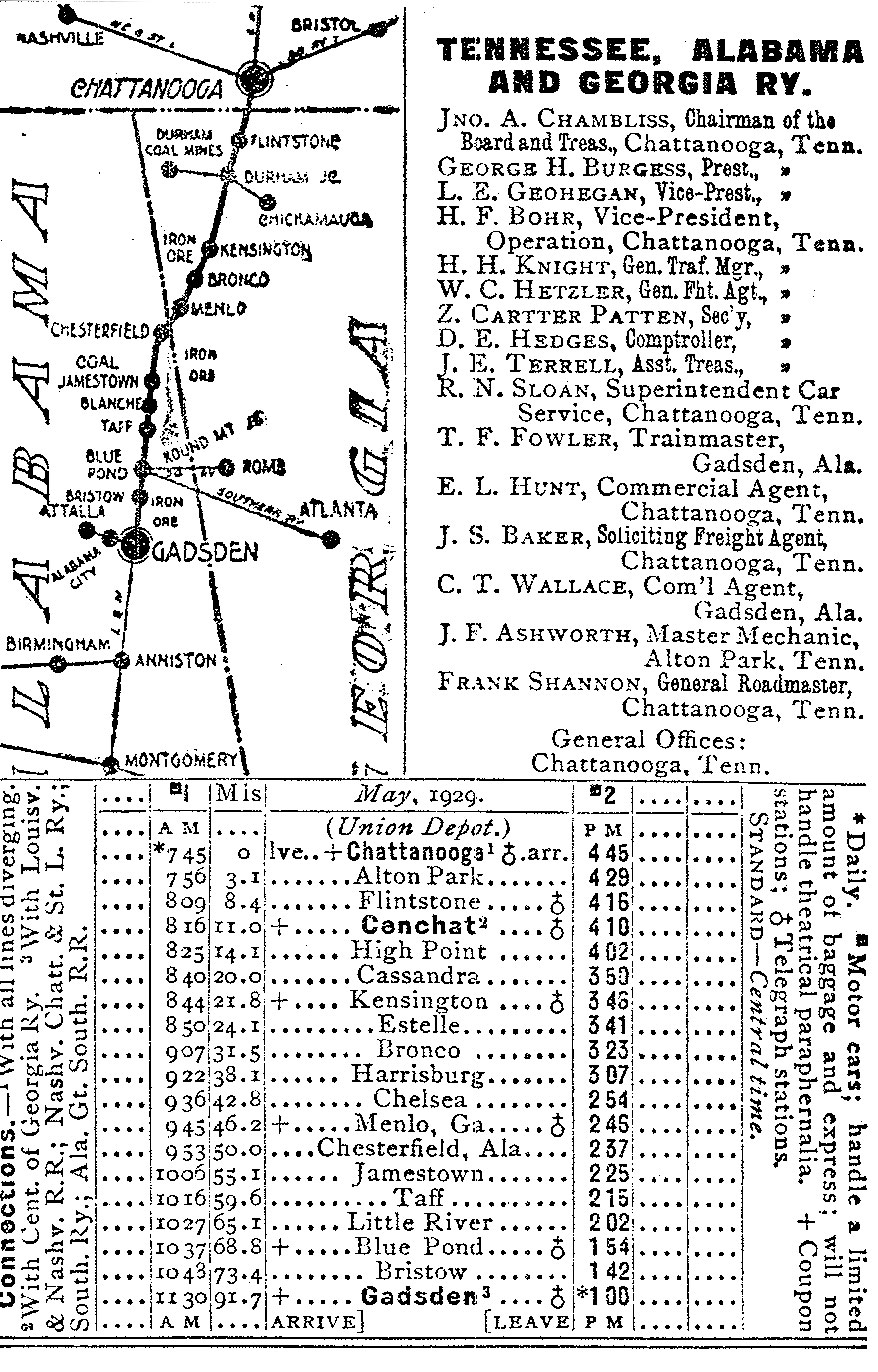 At this time, coal from Lookout Mountain still played an important role, sustaining the railroad through World War II. Additionally, the TAG had a coal branch from the main line at Menlo, Georgia to Coe/Chesterfield, Alabama along the state line.

This short extension was only about five miles in length and survived until 1920 when it was abandoned.  While the TAG Route had little online industry it was able to build up a profitable level of bridge traffic, which was vital after the coal business waned.

This freight, derived from its interchange connections, was normally bound for other northern or southern points far beyond its network such as Cincinnati, Louisville, Birmingham, Montgomery, and even New Orleans.

The 1950's were perhaps the company's best years with profits strong enough to allow for the purchase of new diesels.

In addition, the TAG sported a well-maintained right-of-way with 100-pound rail capable of handling passenger trains at 50 mph and freights at 40 mph.  As Mr. Prince notes, during the 1960's the railroad gained an important new source of traffic, steel. 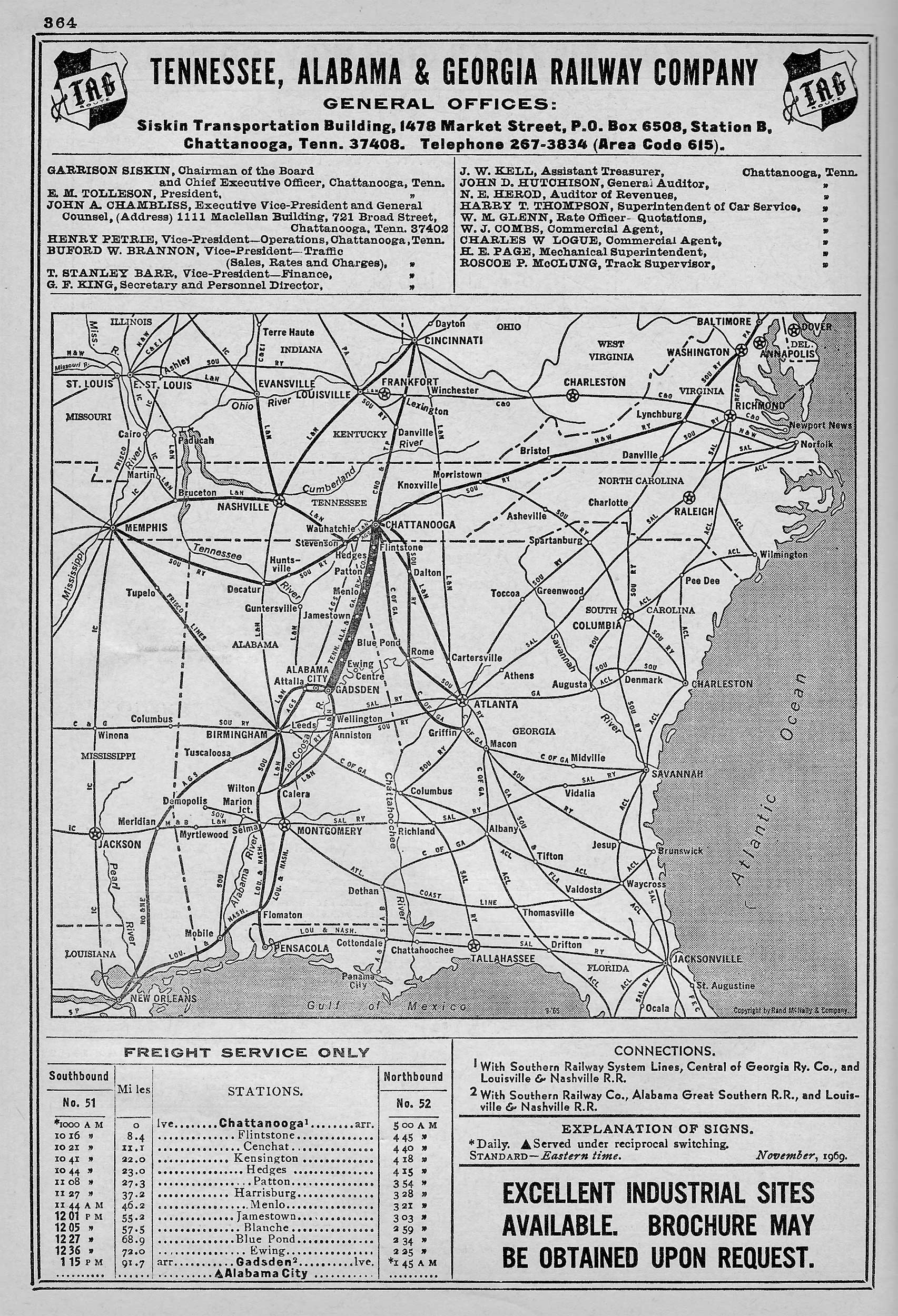 It came to serve primarily two mills; the Siskin Steel Company in Chattanooga (whose owners also owned the TAG, Mose and Garrison Siskin) and Republic Steel located in Gadsden.  The latter operation received both scrap steel and raw materials for production.

In 1968 things looked even brighter when a latex plant, owned by Reichold Industries, opened in Kensington about 22 miles south of Chattanooga. Unfortunately, the decade's end spelled trouble.

The much larger Southern and L&N were trying to undercut the little line. As these bigger roads saw it, the TAG was nothing more than a nuisance taking potential freight off their own lines.

This was a growing issue for bridge roads in the mega-merger movement as their need simply evaporated.  Small, regionals like the Lehigh & Hudson River, Delaware & Hudson, Western Maryland, and Lehigh Valley which depended on forwarded freight began to feel the pinch by the 1970's.

A number of court attempts in forcing the TAG to capitulate failed. So, the Southern simply sidestepped the courts and purchased the railroad outright in 1971.

The above steam roster information is courtesy of Richard Prince's, "Central of Georgia Railway And Connecting Lines." 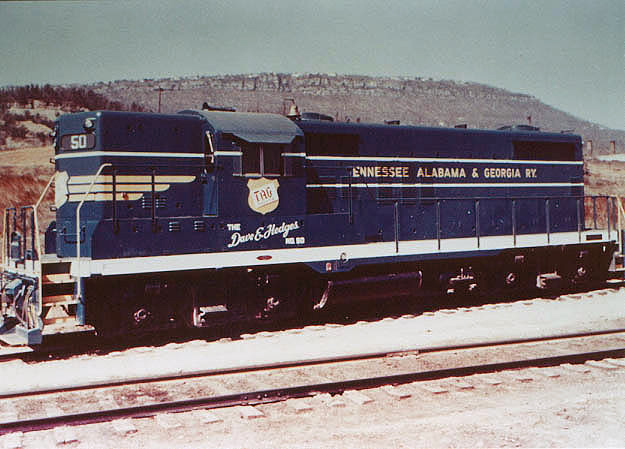 Of course, the Class I already served the same territory via its Alabama Great Southern line to the west and slowly began abandoning its new acquisition. The middle sections were the first to go in the early 1980's with the entire southern section gone by the end of that decade.

For many years a 22-mile segment between Chattanooga and Kensington was operated by short line Chattooga & Chickamauga Railway (a Genesee & Wyoming property) to continue serving the Reichhold Industries plant. However, this facility would close in 2008 rendering the line moot.

As result this last component of the Tennessee, Alabama & Georgia was mothballed (The C&C still operates, utilizing a 49-miles segment of the former Central of Georgia's Chattanooga Division from Chattanooga to Lyerly, Georgia.  The railroad currently handles chemical traffic.).  Today, this final bit of ex-TAG Route trackage is still in place but has not seen regular service for several years.