An articulated steam locomotive is defined as any design which has at least two sets of drivers, with the lead set having the ability to swivel independently from the rigid frame to more easily negotiate curves.  The first application of this design appeared on the Baltimore & Ohio during the very early 20th century.

This technological development allowed steam locomotives to grow in size prodigiously.  With builders and railroads no longer limited to the size of a locomotive's wheel base,  arrangements became longer, larger, heavier, and more powerful.

Today, there are a few articulated locomotives still in service; most are small in stature, such as Rayonier 2-6-6-2T #110 at the Black Hills Central Railroad (Hill City, South Dakota) and Clover Valley Lumber 2-6-6-2T #4 at the Niles Canyon Railway (Sunol, California). 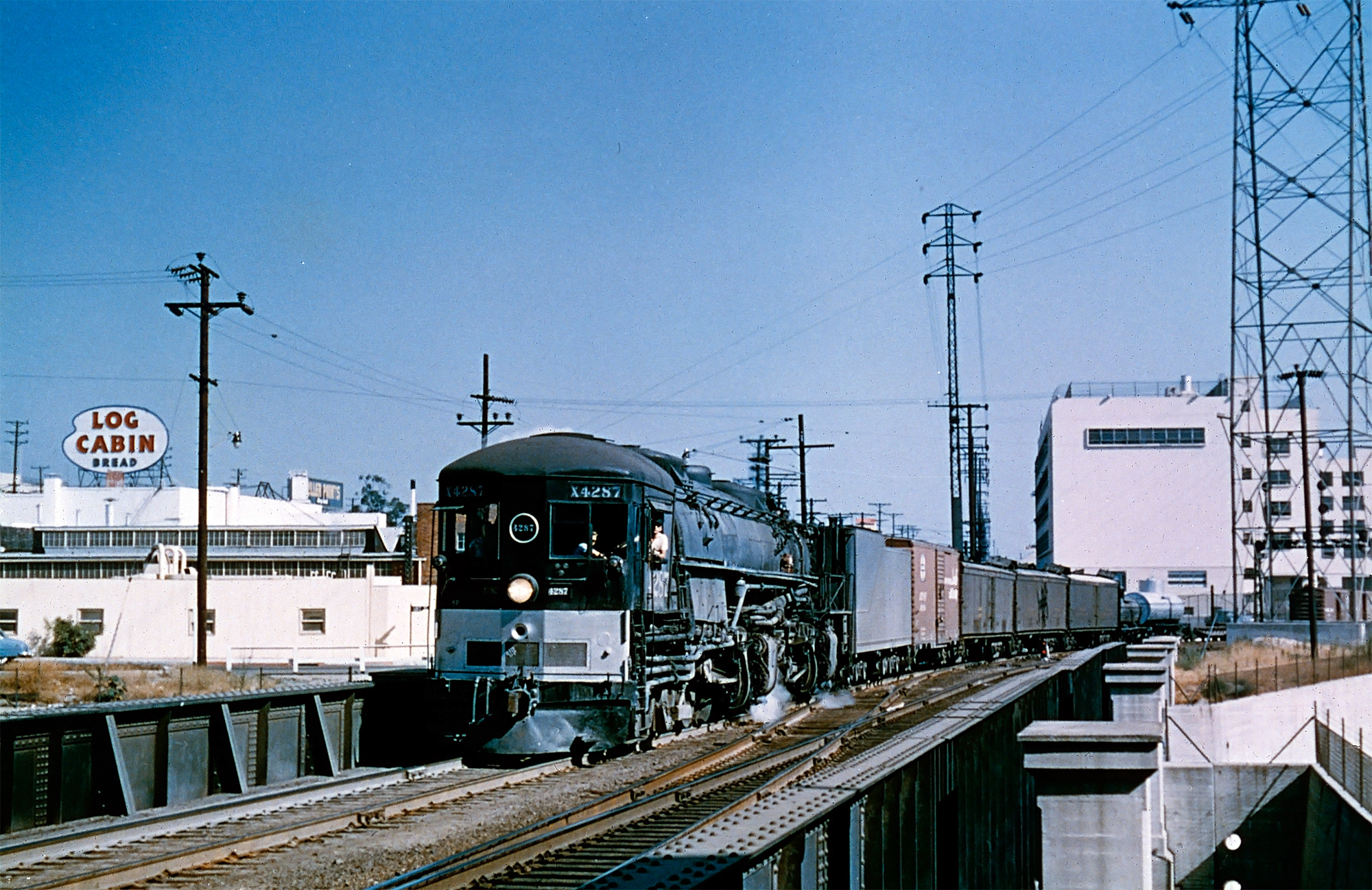 The first use of the articulated steam locomotive in the United States was, as mentioned above, on the B&O in 1904 which collaborated with the American Locomotive Company to create an 0-6-6-0 design listed as Class DD-1 #2400 and given the name "Old Maude."

The steamer was manufactured as a true compound, Mallet and for the most part the railroad was pleased with the experimental locomotive, as it regularly operated in helper service along the stiff grades of the B&O's fabled West End until 1938 when it was retired and scrapped.

The Mallet design was first introduced by Anatole Mallet (pronounced "Mal-lay") of Switzerland when he constructed an articulated locomotive in France during the 1870s that featured an independent, swiveling front driver that was not mounted rigidly to the rest of the frame.

This innovation allowed the locomotive to much more easily enter curves since it was not simply a long, rigid wheelbase.  To be considered a true Mallet, a locomotive must be articulated and utilize compound expansion cylinders.

However, nearly all American railroads found compound technology complicated and difficult to maintain since it required precise timing to keep a locomotive properly balanced.  Instead, most continued to use simple-expansion cylinders that were far simpler, expanding steam just once as they worked in unison.

In another classic case of American ingenuity locomotive manufacturers and railroads came up with a hybrid Mallet design, an articulated that used simple-expansion.

From a technical standpoint it was not a true Mallet although since no other unique name was given the term was often used loosely in describing simple, articulated steam in the United States. 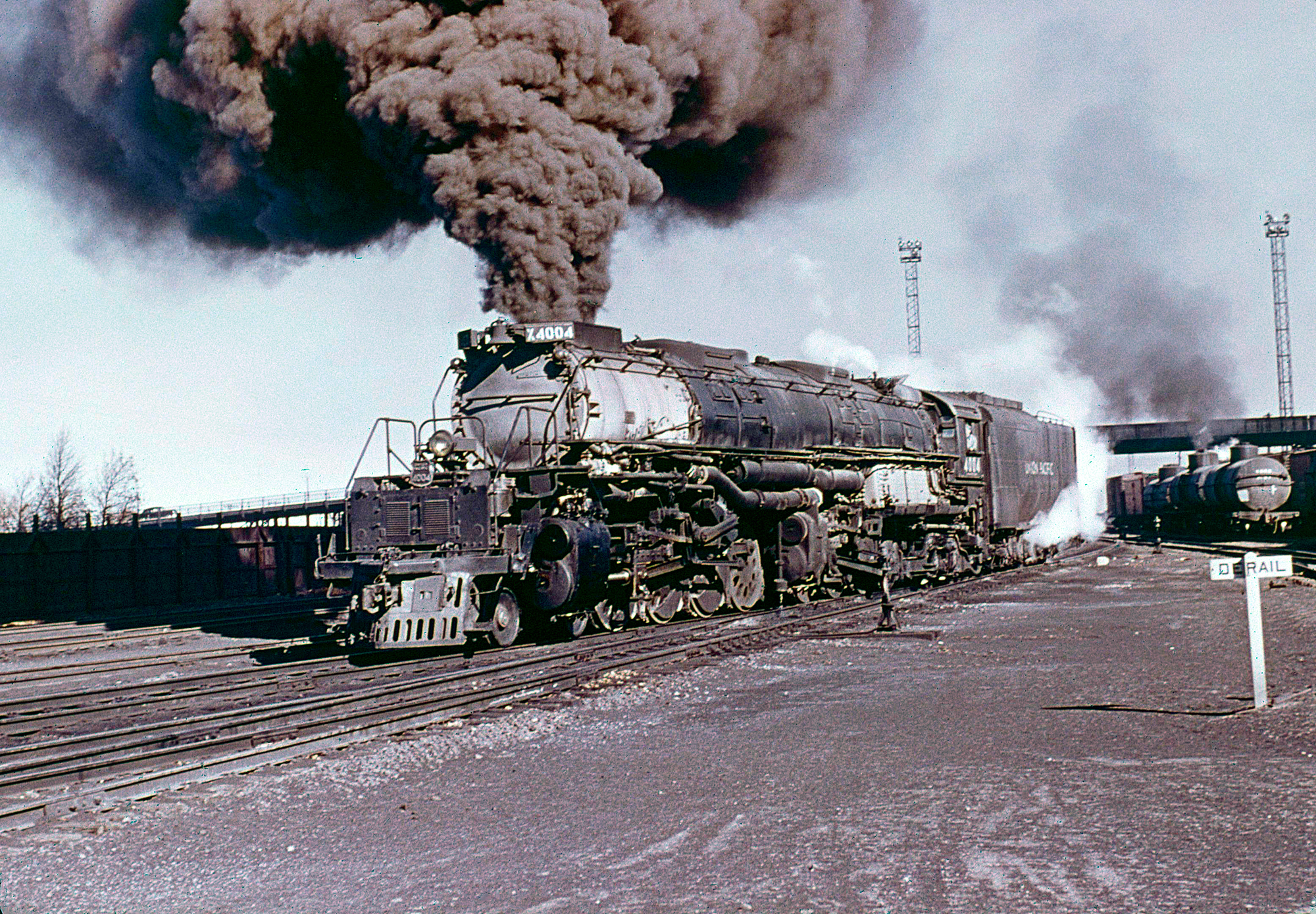 Over the next 40 years or so a wide range of articulated steam locomotives was designed and built, from experimentals to what are now regarded as true classic wheel arrangements.  Directly after "Old Maude" entered service numerous examples of early articulateds began popping up on various railroads.

One of the first was the 2-6-6-2, which the Great Northern was interested in as early as 1905 although a true locomotive carrying such a wheel arrangement did not appear for another five years until 1910.

In subsequent years the design was widely used by both large Class I railroads as well as smaller examples built for service in logging operations.  Most of these 2-6-6-2s were simple expansion versions but some, like the Chesapeake & Ohio's Class H-6 examples were compounds. 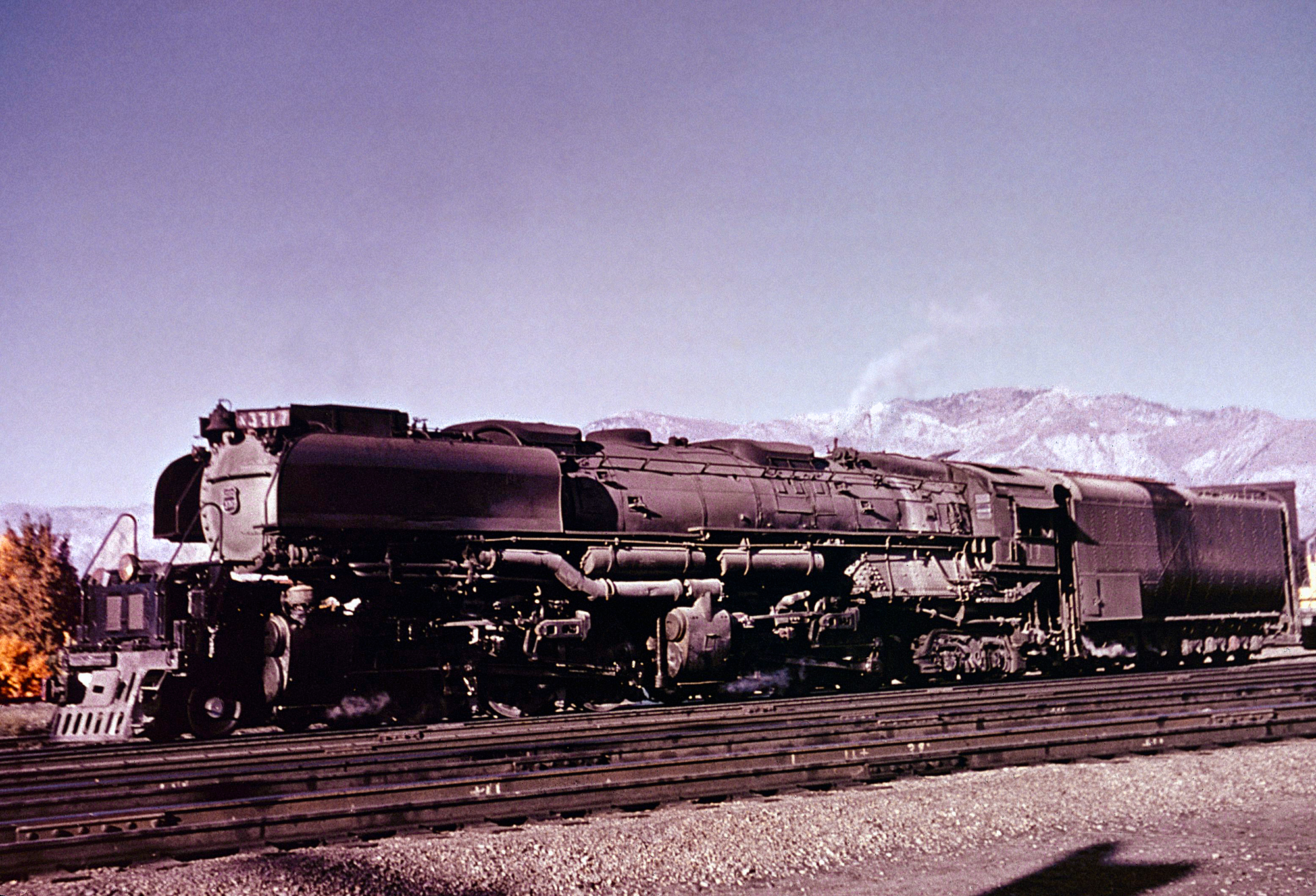 Interestingly, some railroads did use articulated steam, like the B&O's "Old Maude," without lead or trailing trucks (the B&O itself also rostered 30 examples of 0-8-8-0s).

However, the lack of these important features, particularly the lead pilot which literally guided the engine into curves meant that they were normally assigned to either helper or switcher duties on most lines. Some railroads that operated them include:

There were also several experimental articulateds tested such as the 2-6-8-0 (GN), 4-4-6-2 (Santa Fe), the Triplex design, and others.  Most proved unsuccessful although the Great Northern did roster some 25 examples of the 2-6-8-0, a design that offered poor ride quality and slow speeds but could move significant tonnage.

By far the most famous articulateds was the late era designs of the 1930s.  One of the first, and most successful, was the 4-6-6-4 "Challenger" model developed by Union Pacific's Chief Mechanical Engineer Arthur H. Fetter and Otto Jabelmann.

One of many "Super Power" steamers conceived during this time the Challengers featured all of the latest technologies such as roller-bearings, large fireboxes, feedwater heaters, and exhaust steam injectors among other enhancements.

The 4-6-6-4, built for both power and speed, was one of the most successful late-era articulateds put into service and saw use on nine different Class I railroads including:


One of the most interesting articulated steam locomotives from this time was the Southern Pacific's Cab Forwards. 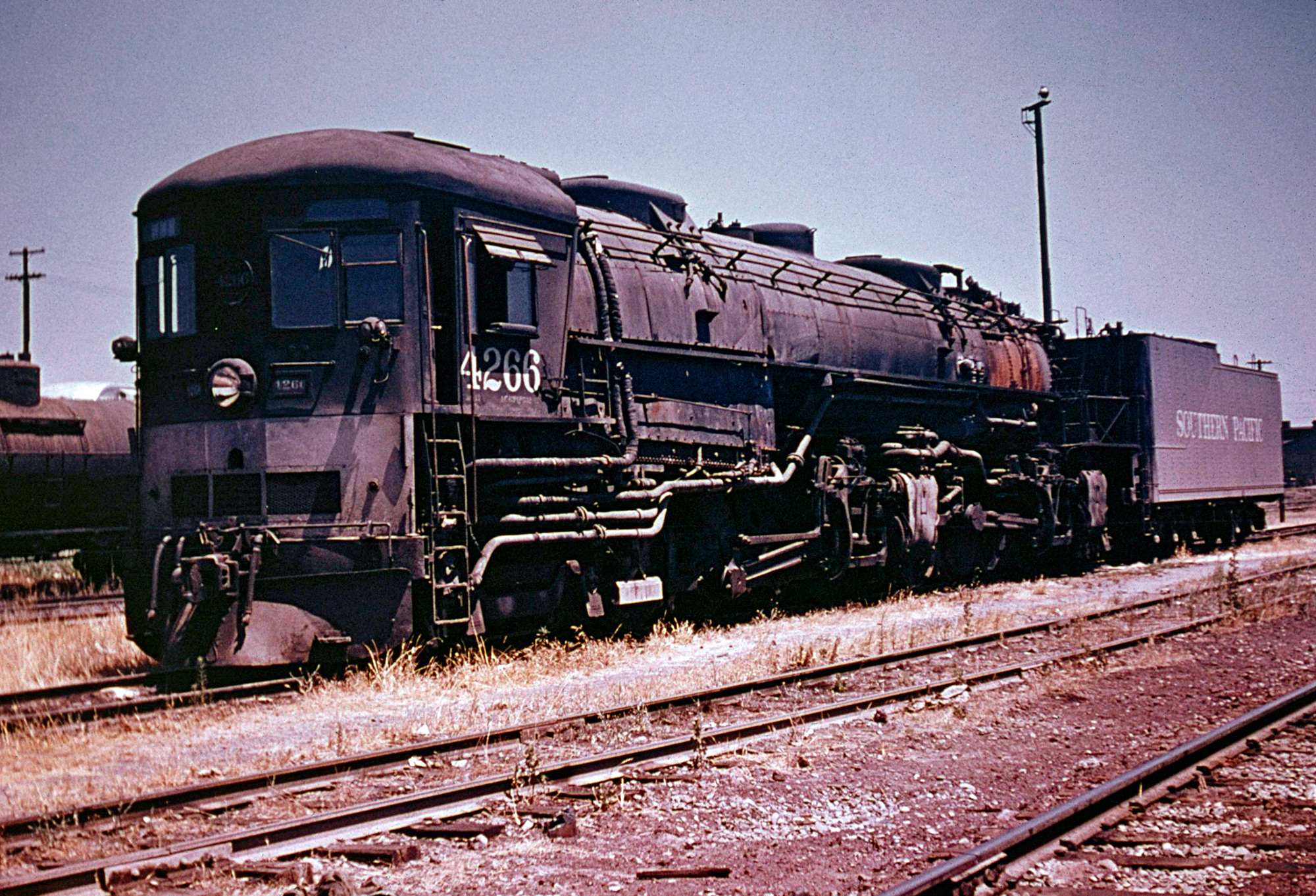 These locomotives were used over the railroad's stiff main lines over Donner Pass and between between Dunsmuir, California and Portland, Oregon where numerous snow sheds and tunnels resulted in breathing problems for crews.

The "Espee" put its first Forwards into service as early as 1908.  However, its final classes built during the 1930s and 1940s featured all of the latest in "Super Power" steam technology.

Unfortunately, the dawn of the diesel age in the late 1930s, at least models built exclusively for main line service, ended further development of steam locomotives over the next decade.