The AS616 was Baldwin's most powerful six-axle model, in terms of both horsepower and tractive effort.

The locomotive was also the last in its "All Service" series.  Ironically, it was the best selling road switcher Baldwin ever produced during a time when the builder was attempting to reestablish itself as a major player.

The AS616 was cataloged for only four years and at the time four-axle designs were in far greater demand.  Despite this, Baldwin was still able to sell more than 200 examples.

It is somewhat fascinating to wonder what would have become of the Baldwin-Lima-Hamilton Corporation had it been able to continue refining and developing its diesel line.

Unfortunately, this was cut short by parent Westinghouse Electric. Today, at least three AS616s are preserved; former BLH demonstrator #1601 at the San Diego Railway Museum along with Southern Pacific #5253 and #5274 at the Western Pacific Railroad Museum.

Finally, to catch one in action check out the SMS Rail Lines in New York and New Jersey.  The short line operates a fleet consisting almost entirely of Baldwin products from VO-660's to DS-4-4-1000's.

They also maintain three AS616's of Trona Railway, Southern Pacific, and Kaiser Steel heritage, including the locomotive pictured below. 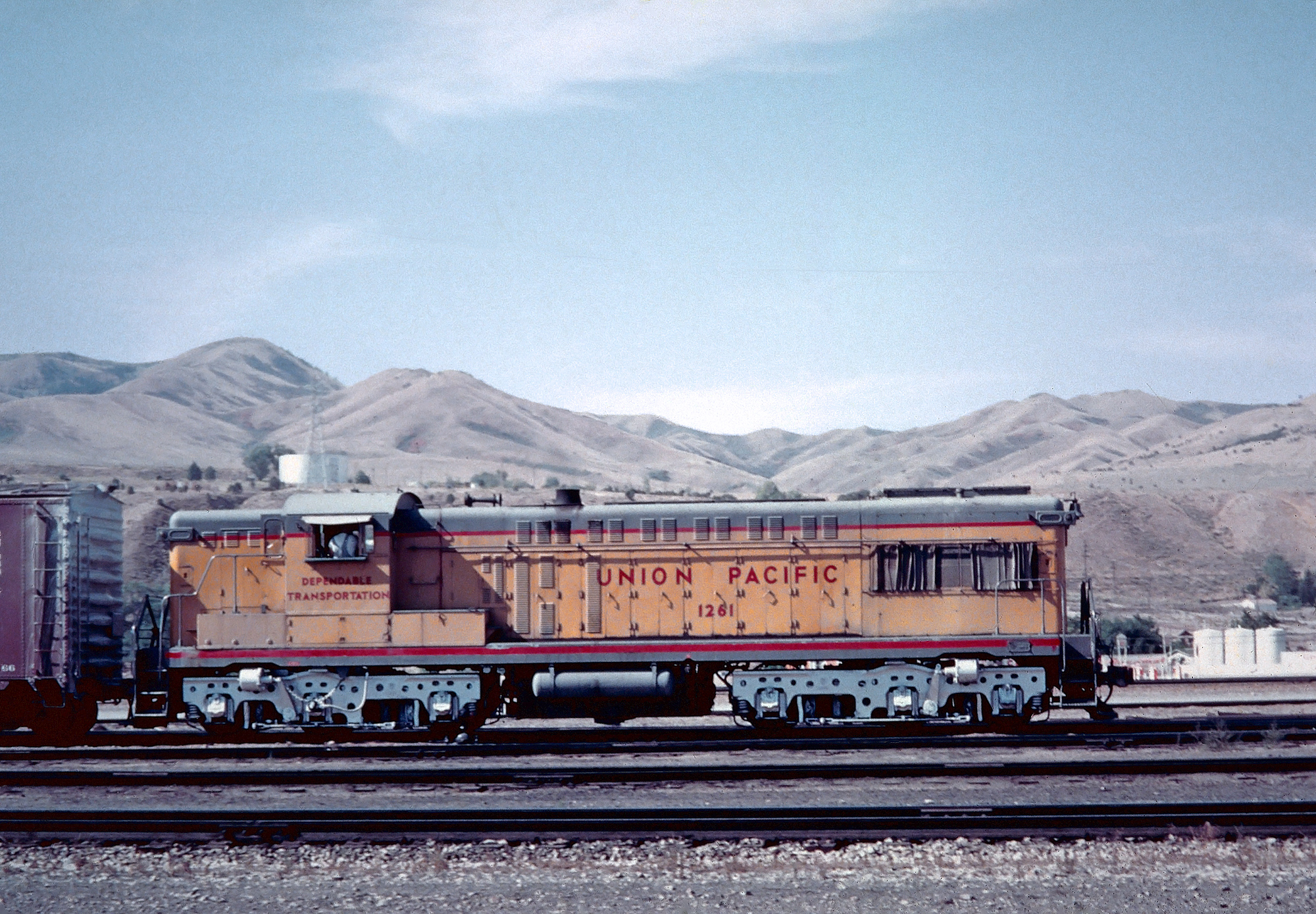 Union Pacific AS616 #1261 is seen here working the hump yard in Pocatello, Idaho, circa 1965. American-Rails.com collection.

The Baldwin-Lima-Hamilton AS616 began production the fall of 1950 and was the third model it offered in its "All Service" series, which was part of its new Standard line of road switchers.

The AS616 was a 1,600 horsepower, C-C truck design that utilized the Baldwin's 608A model prime mover, the latest and final engine it offered.

As with all of Baldwin's diesels, internal components were outsourced to Westinghouse Electric. One of the AS616's big marketing points was its incredibly high tractive effort,  up to 78,750 pounds in regular service.

This high rating is interesting considering that the locomotive was the lightest C-C road switcher design on the market at the time, weighing just 164 tons.

As was so often the case with Baldwin it's one road switcher trademark was the locomotives' excellent use in heavy drag service meaning that they could pull heavy loads at slow speeds. In the case of the AS616 with its six powered axles the model was quite adept at such a task.

It wound up selling very well for Baldwin as 148 (including 7 B units purchased by the Milwaukee Road and Southern Pacific) were bought by US railroads and another 66 were purchased by Mexican, Venezuelan, and Brazilian railroads by 1954.

Railroads who purchased the AS616 included: 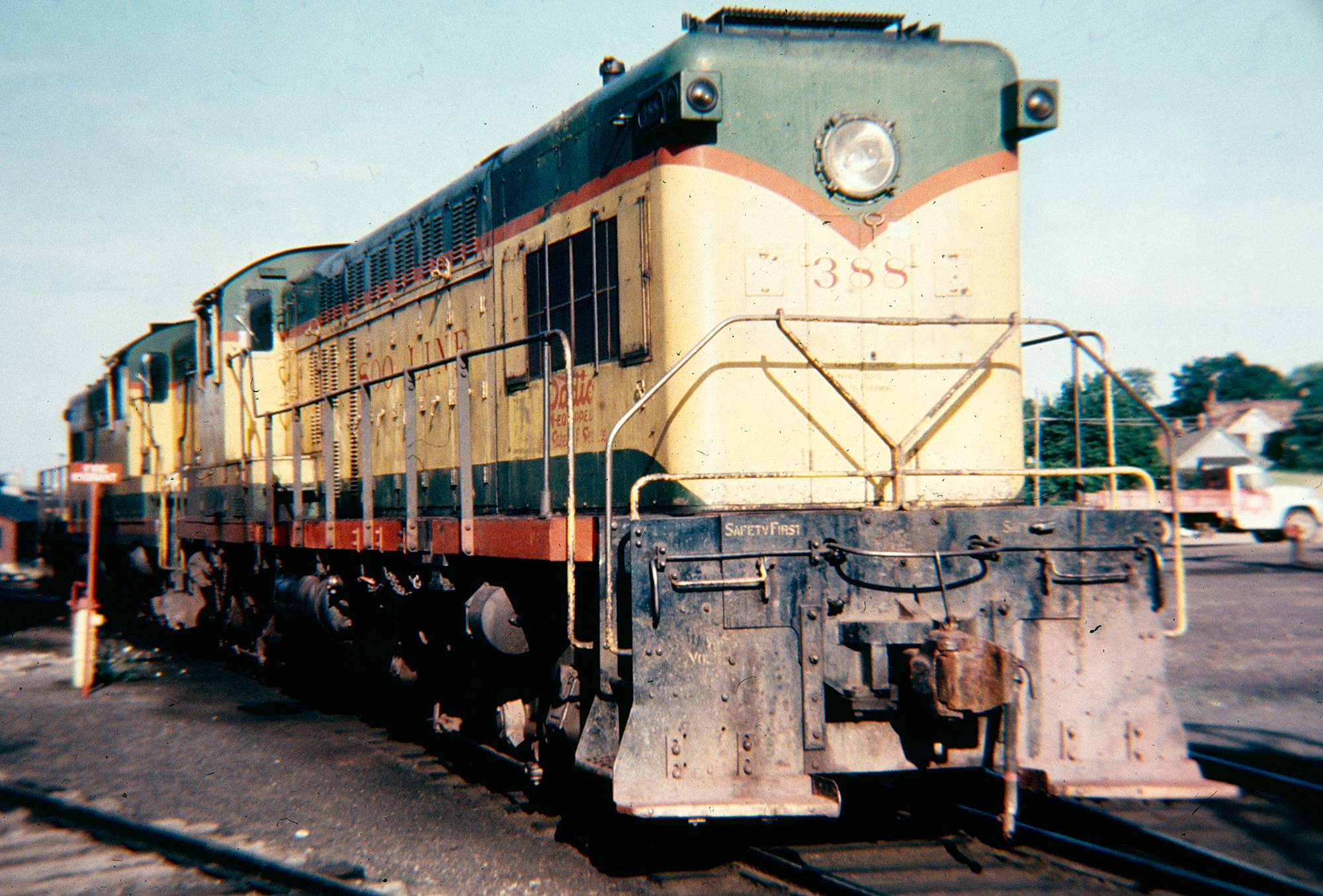 A pair of Soo Line AS616's sit outside the roundhouse at Marquette, Michigan in August, 1971. Author's collection.

As with all of Baldwin's road switchers the company, for unknown reasons never offered dynamic brakes and multiple-unit (MU) capability as a standard feature; both remained optional throughout the course of Baldwin's time producing diesels.

Lastly, the rigid bolster truck was used until 1952 when Baldwin replaced it with the drop-side equalizer.  The first units to receive these GSC (General Castings Corporation) trucks were Milwaukee Road #2104-2107. 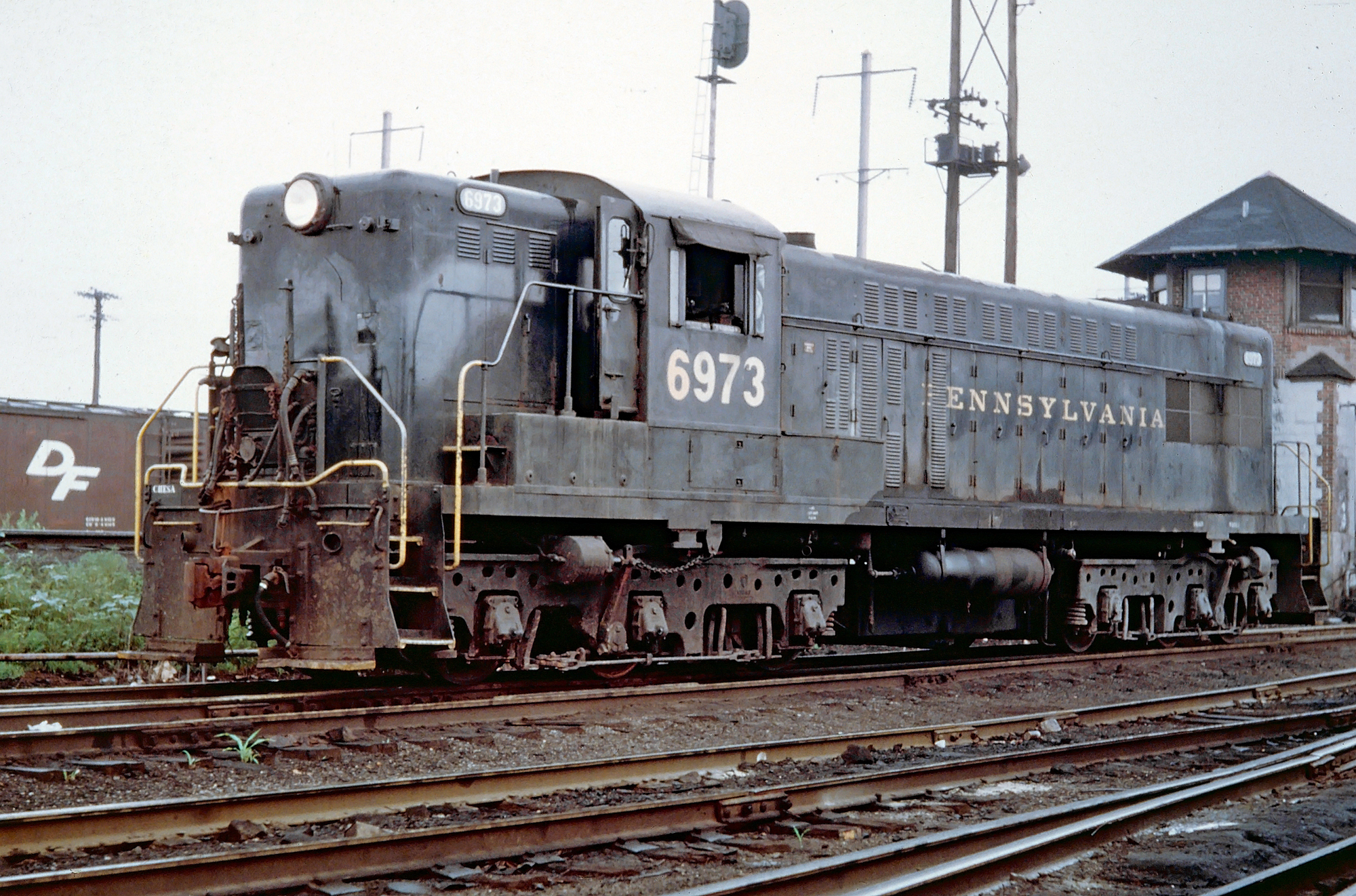 Pennsylvania AS616 #6973 (built as #8973) was photographed here between assignments at Baltimore, Maryland, circa 1967. American-Rails.com collection.

***Demonstrator #1601 was exhibited at the Association of American Railroads' (AAR) convention in Atlantic City, New Jersey.  Afterwards it was returned to Eddystone and was stored until it became Oregon & Northwestern #1 on January 31, 1955. 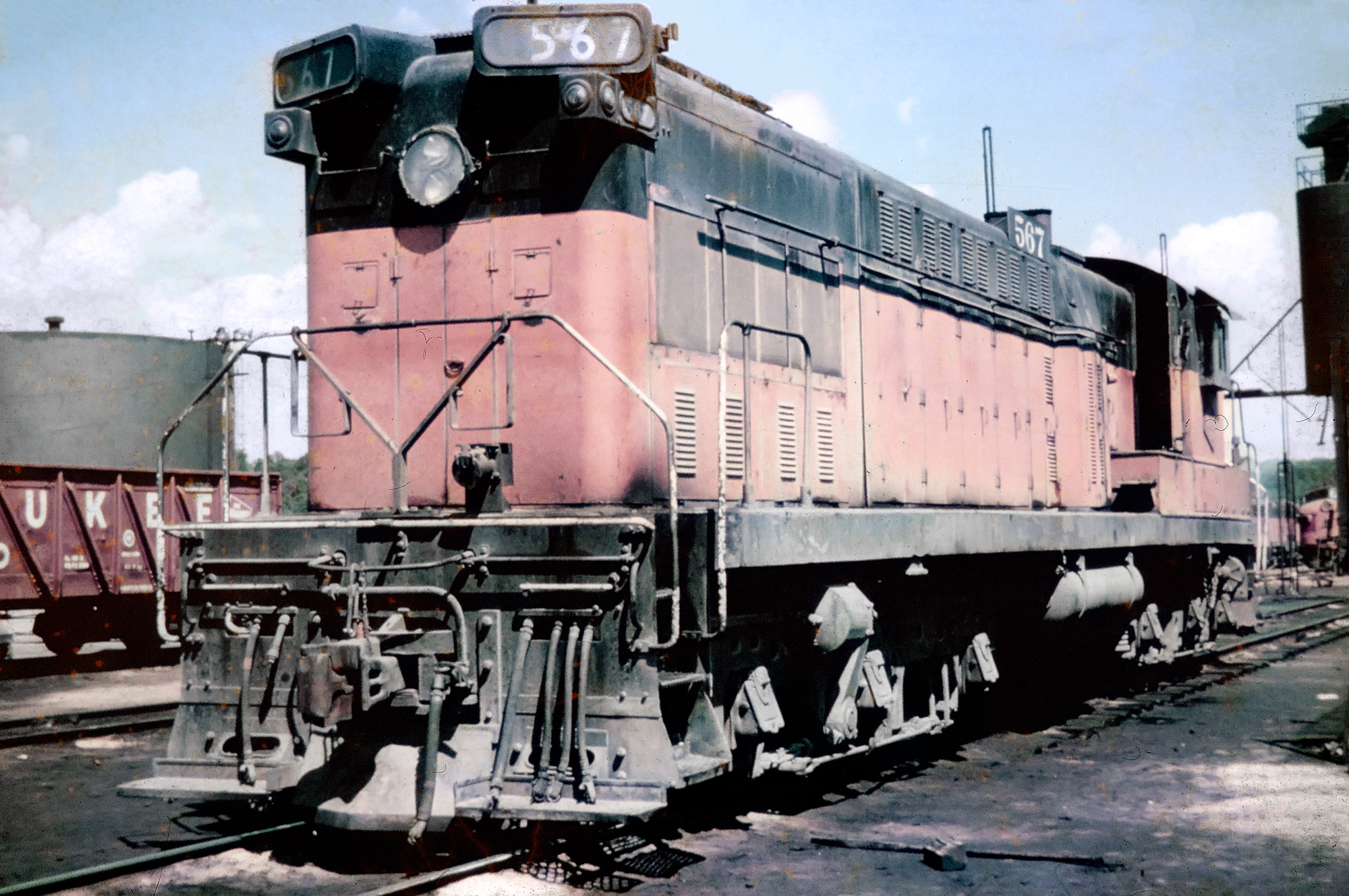 The classification system for Baldwin's new Standard line was much easier to understand than its first series of locomotives.

As in the case of the AS616, the "AS" referred to All Service road switcher that offered six powered axles and 1,600 horsepower.

The model had officially replaced the earlier DRS-6-6-1500, which used a classification that more closely resembled the “Whyte notation” developed by Frederick Whyte that designated various steam locomotive types by their lead pilot wheels, drivers, and trailing bogey.