Of the western states which saw its share of such operations Arizona hosted some of the fewest logging railroads.

However, as Kramer Adams notes in his book, "Logging Railroads Of The West" (published in 1961), these systems have often been difficult to trace.

At the time they went about their daily business, often with haste and speed, without giving a thought to preserving their operations for historical record.

This was done, obviously, for good reason as these companies were in the business of profit to move logs and produce lumber, not worrying about leaving a paper trail for historians to follow.

As a result, not every logging railroad across every state can be accounted for and its only thanks to folks like Mr. Adams who took the time to research them are many even known about today.

Most of the operations within Arizona were situated in the state's central mountains near Flagstaff and Coconino National Forest.

Interestingly, despite only a handful of logging railroads located there, many were very large for railroads of their type with several more than 20 miles in length.  All of the information provided here is courtesy of Mr. Adams' book. 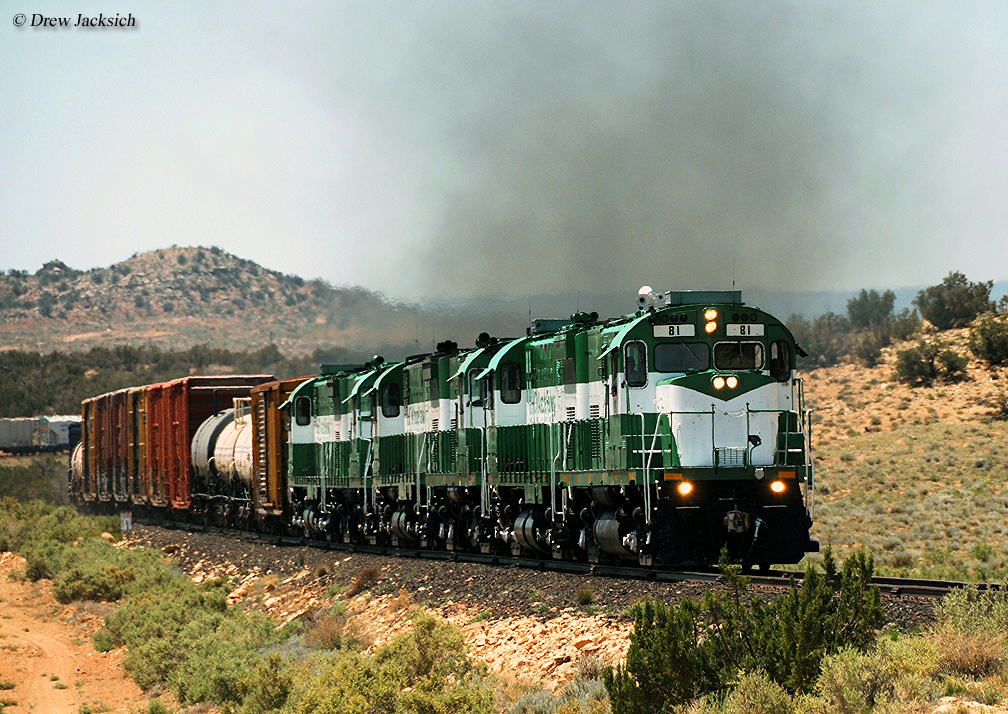 The history of the Apache Railway begins on September 5, 1917 when construction commenced from a connection with the Atchison, Topeka & Santa Fe Railway at Holbrook building southward to tap timber reserves for a paper mill.

A year later, almost exactly to the day on September 6, 1918 the railroad completed its line as far south as Snowflake and two years after that in the summer of 1920 the route was opened to McNary, a total of 72 main line miles.

According to Mr. Adams' information the railroad would reach a peak size of 140 miles, which may include several branches and spurs.

The Apache owned  steam locomotives but was well-known during its diesel years for operating venerable American Locomotive Company products.

In 1984 it abandoned its line south of Snowflake, reducing its property to 33 miles.  The railroad was hit hard by the 2012 closure of its largest customer, the paper mill in Snowflake.  It is currently in bankruptcy with an uncertain future.

Other Logging Lines Across The West

A History Of Montana's Many Logging Lines

New Mexico, Logging In "The Land Of Enchantment"

Herber S. McGaffey Lumber Company:  This logging operation was based near Dam Valley and is known to have operated from 1928-1929 although no information on locomotives or track mileage is available. 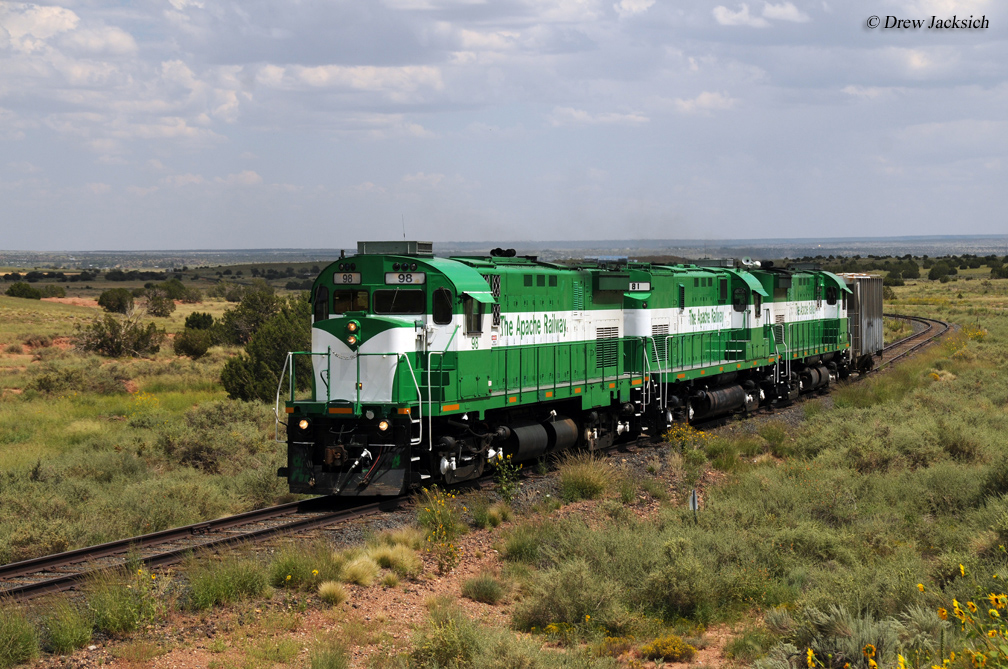 Saginaw & Manistee Lumber Company:  Located at Williams this logging company owned a rather substantial operation of its own with 35 miles of track as well as 2 geared and 2 standard locomotives.

It remained in service from 1906 until 1953.  In addition the company held several subsidiaries including: 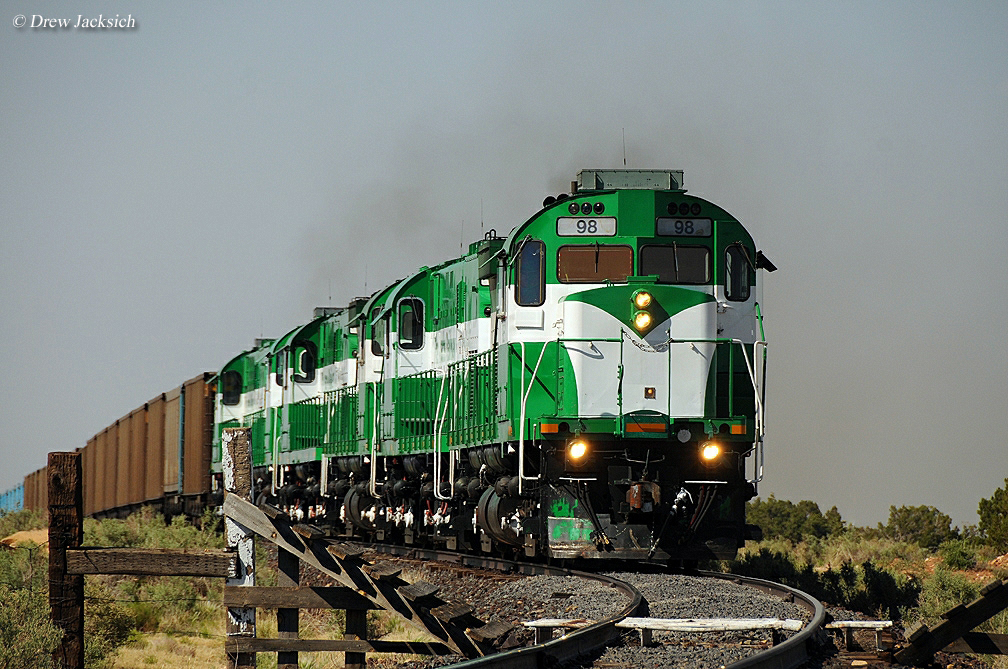 It was based in the Flagstaff area and began in 1924 as the Cady Lumber Corporation, which operated 45 miles of track with 6 geared locomotives.

It later became the Southwest Lumber Mills in 1935 and again changed hands in 1960 as Southwest Forest Industries with 35 miles still in service and 4 geared locomotives.

Rail operations survived until around 1967 when the system was abandoned.  In addition, Adams' book notes two subsidiaries, the Standard Lumber Company based in Standard with 20 miles of track operating between 1925-1927 as well as the Flagstaff Lumber Company in service from 1916-1926 with 44 miles and 3 geared locomotives 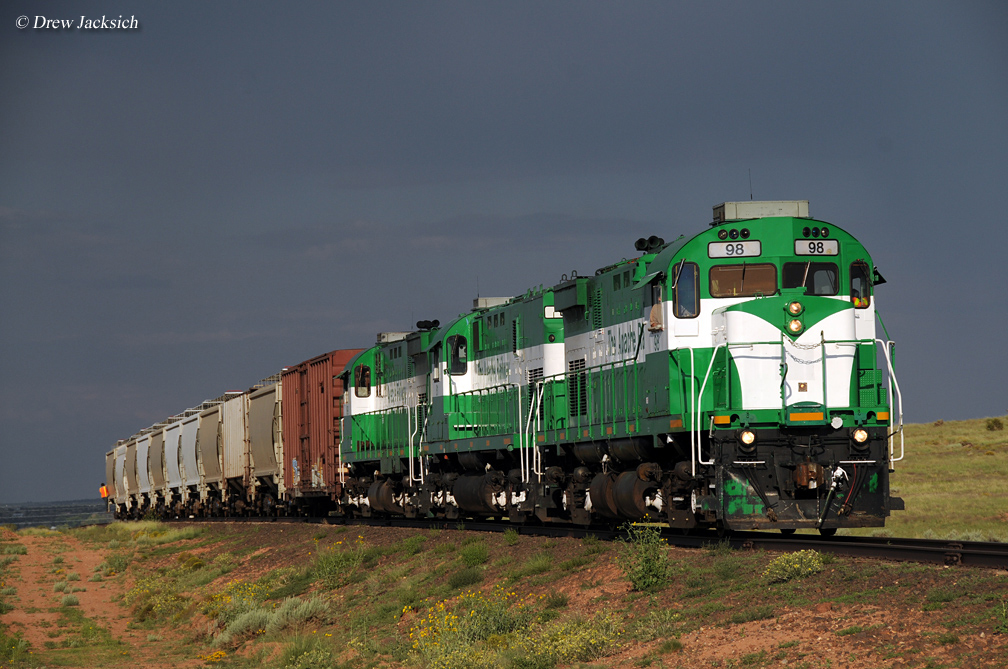 Western Pine Lumber & Match Company:  Another logging operation based near Flagstaff.  There is no record of mileage or locomotives but it is known to have operated from 1916 until circa 1918.

In addition it owned a subsidiary, the Navajo Southern Railroad Company based near Holbrook in service from 1913-1916 (this system likely connected with the modern-day Apache Railway). 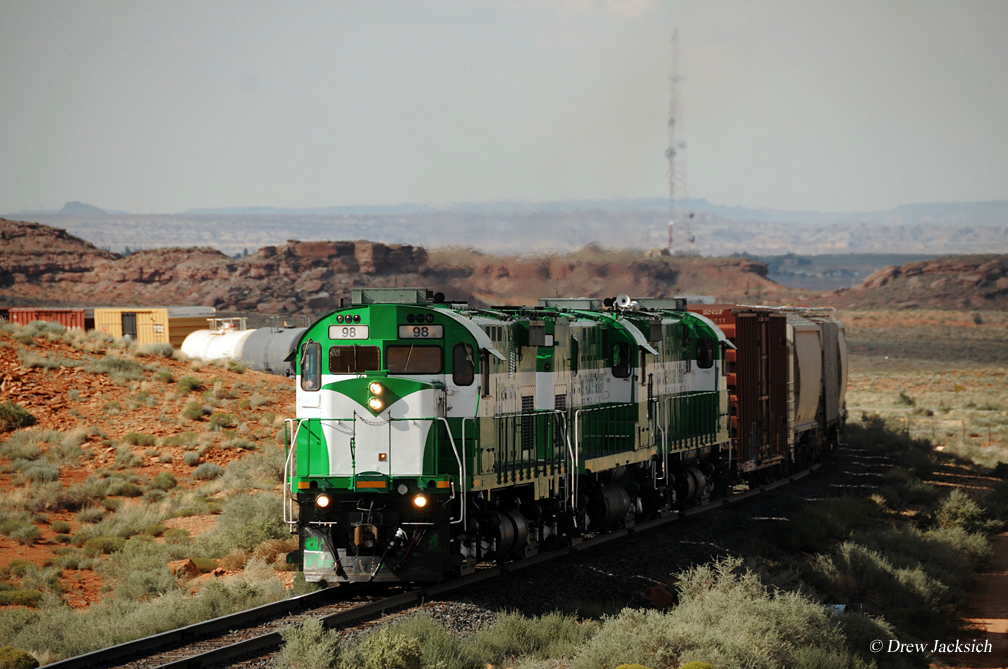 Winona Lumber Company:  This small logging operation held only eight miles of track during its peak years of service and was based near Winona.

There is no record of the company's locomotive roster but it is known to have operated from 1935-1936.

Based on the years and short time frame upon which this company operated there may have been predecessor companies and a longer operational history although without additional information there can be no way to know (with sparse records on many such logging systems, tracing their complete lineage in any state is often difficult if not impossible).