The Bankers and Connecticut Yankee were two named New Haven trains serving the short, but busy Springfield-New York corridor.  These were the top services on the route; the former made the southbound run to the Big Apple while the latter returned to Massachusetts.

While the trip required less than three hours passengers were provided a great number of amenities during their short journey, including food service.

Over the years the trains eventually fielded predominantly lightweight equipment during the streamlined era.  Despite management woes from the late 1940s through the mid-1950s, and declining ridership during this time, the Bankers remained on the timetable until being discontinued in the Penn Central era.  It was later brought back for a few years under Amtrak.

The New Haven blanketed central New England and provided the greatest level of rail service throughout the region, especially across Massachusetts, Connecticut, and Rhode Island.  Until the railroad's financial fortunes collapsed in the postwar years it offered efficient and extensive service anywhere throughout these states. 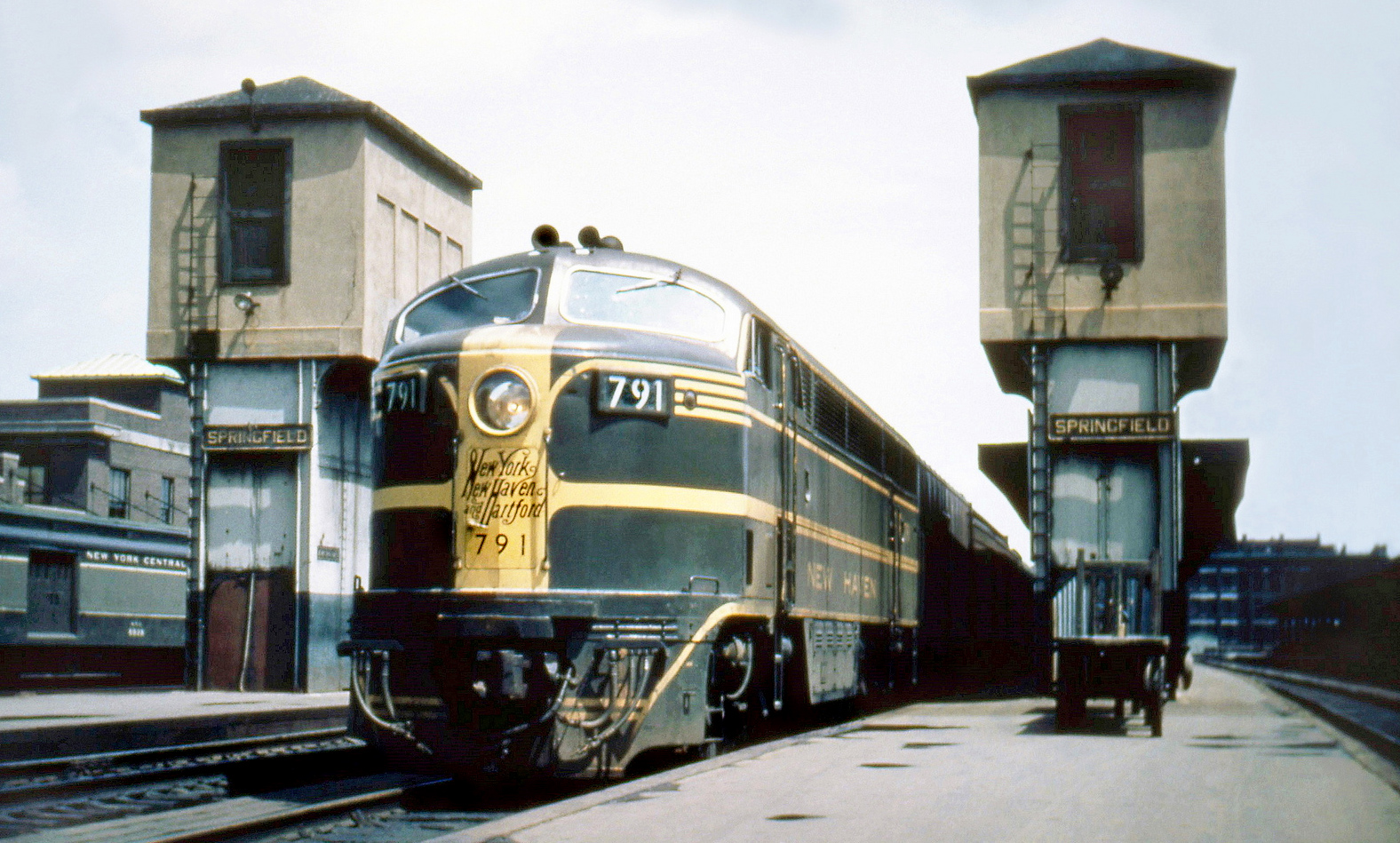 The New Haven's Hartford to Springfield route was one of its older corridors, originally built during the 1830s and once part of predecessor Hartford & New Haven's main line.

As Peter Lynch notes in his book, "New Haven Passenger Trains," it was once double-tracked and slowly grew in the number of passenger trains operating over the line; in 1894 there were 13 round-trips between New Haven and Springfield, followed by as many as 19 by the 1920s and peaking to 22 during 1947.

Aside from the Bankers (train #67) and Connecticut Yankee (train #80) already mentioned there was some other notables on this route included the Nathan Hale (#86, this train departed about an hour after its counterpart), unnamed #58 (which followed the Connecticut Yankee), and the through Montrealer/Washingtonian.

During the peaks years of service the Bankers departed Springfield early during the breakfast hour at 6:30 AM, arriving a few hours later at New York Central's Grand Central Terminal at 9:27 AM.  Along the way it provided stops at Hartford and New Haven among other locations.

Its northbound counterpart, the Connecticut Yankee, departed New York at 5:00 PM and arrived back in Springfield later that evening.  As you might have guessed the trains were tailored towards commuters, with morning and evening departures to coincide with many work schedules.

However, during that day and age the on-board services were far better than what one would find on Amtrak, Metro-North, or any other present-day commuter rail system in New England. 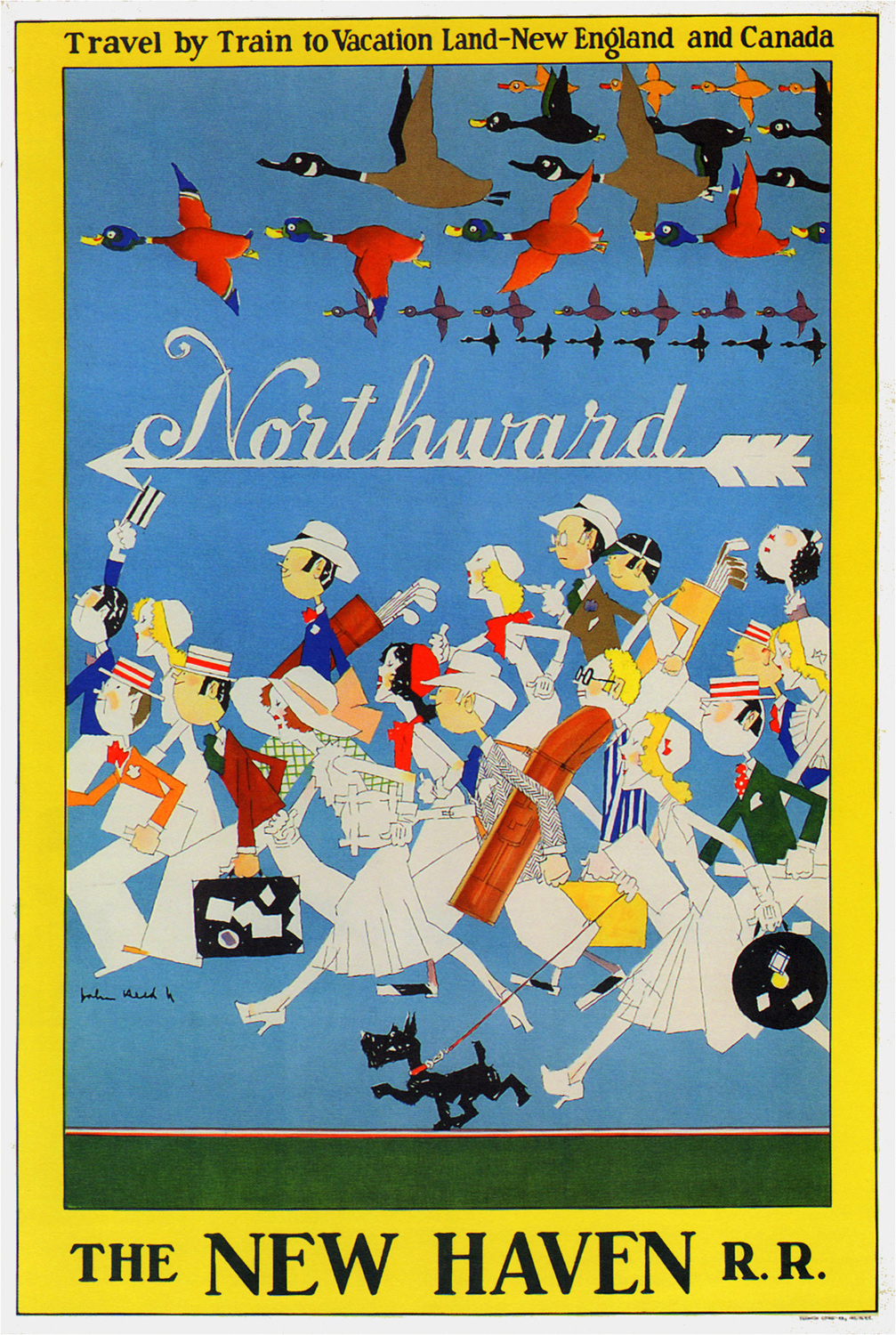 Since most trains on the route operated between New York and Springfield they were essentially long-distance commuter trains running on very fast schedules; some were limited stop (such as the Bankers) while others made several.  One particular advertising piece from 1939 noted the following: "Faster trains, more convenient schedules, between New York and Hartford-Springfield."

During the trains' early years they operated with standard heavyweight equipment.  However, as the 1930s gave way to the 1940s more, newer lightweight cars began to appear starting with the "American Flyer" designs and then later fluted, stainless-steel equipment purchased from Pullman-Standard.

(The below Bankers timetable is dated effective April 30, 1967.)

Into the diesel era the New Haven relied heavily on products from the American Locomotive Company (Alco), starting with the early streamlined DL-109 model.  The railroad went on to roster 60 examples and they sometimes appeared on passenger assignments to and from Springfield.

Additionally, its fleet of beautiful PA-1s acquired in 1948-1949 worked the route along with Fairbanks-Morse's interesting CPA24-5 cab model (C-Liner) purchased in 1952.

Finally, the railroad's unique FL9s (which could operate as either a standard diesel or electrified, third-rail running), a total of 60 units acquired between 1957 and 1960 (#2000-2059), were often used on Springfield assignments in the final years of the New Haven. 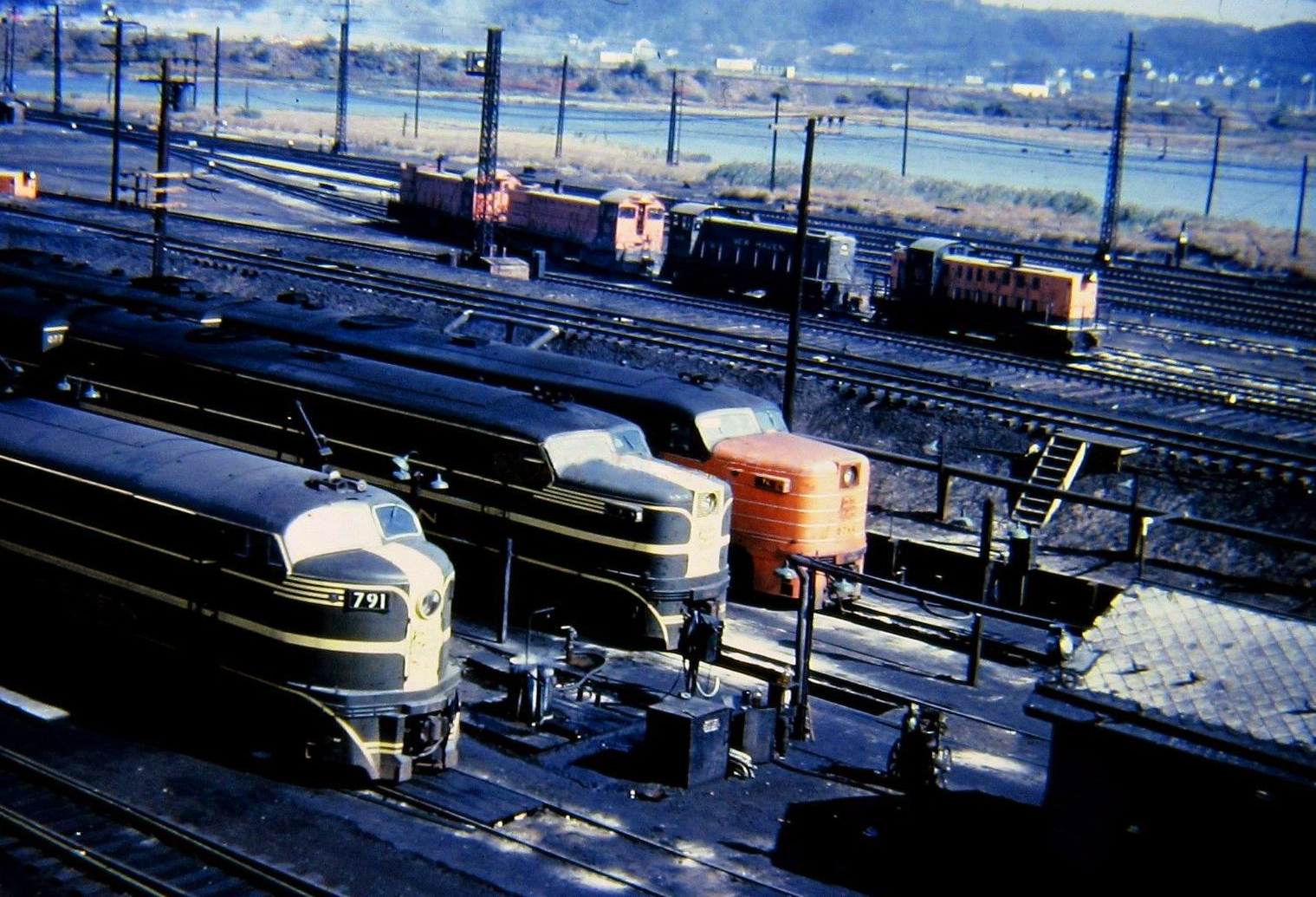 Also of note was Pullman's experimental, lightweight trainset known as the "X Train."  The New Haven, under the direction of Patrick McGinnis, purchased a set in 1957 naming it the Dan'l Webster in an attempt to cut costs.

Powered by two Baldwin diesel-hydraulics on each end the train offered a notorious rough ride and the locomotives were mechanical headaches.  The set was originally assigned to the Shore Line but in early 1958 began utilizing the New York-Springfield corridor until being pulled from service entirely by June 5th of that year.

The Bankers remained on the timetable under Penn Central era as train #71 still carrying a parlor, grill car, and coaches.  It was later brought back under Amtrak until the mid-1970s.