The Milwaukee Road’s Class EP-2 electric locomotives, commonly known as Bi-Polars, were one of the most interesting designs ever developed.

Arriving just a few years after the EP-1s, the Bi-Polars, built exclusively for passenger service, were another collaboration from General Electric and the American Locomotive Company (Alco).

After about 40 years of service the EP-2s were pulled from daily use in the late 1950s, largely due to an overhaul issue. In spite of this, they were highly reliable locomotives that enjoyed several decades of service.

General Electric did not enter diesel locomotive production until the late 1950's.  However, the company had been building or collaborating on electric propulsion since the late 19th century and produced some very fine designs during that time.

Today, one Bi-Polar remains preserved although having been kept outdoors for decades the unit could certainly use an overhaul (notably, a new paint job). 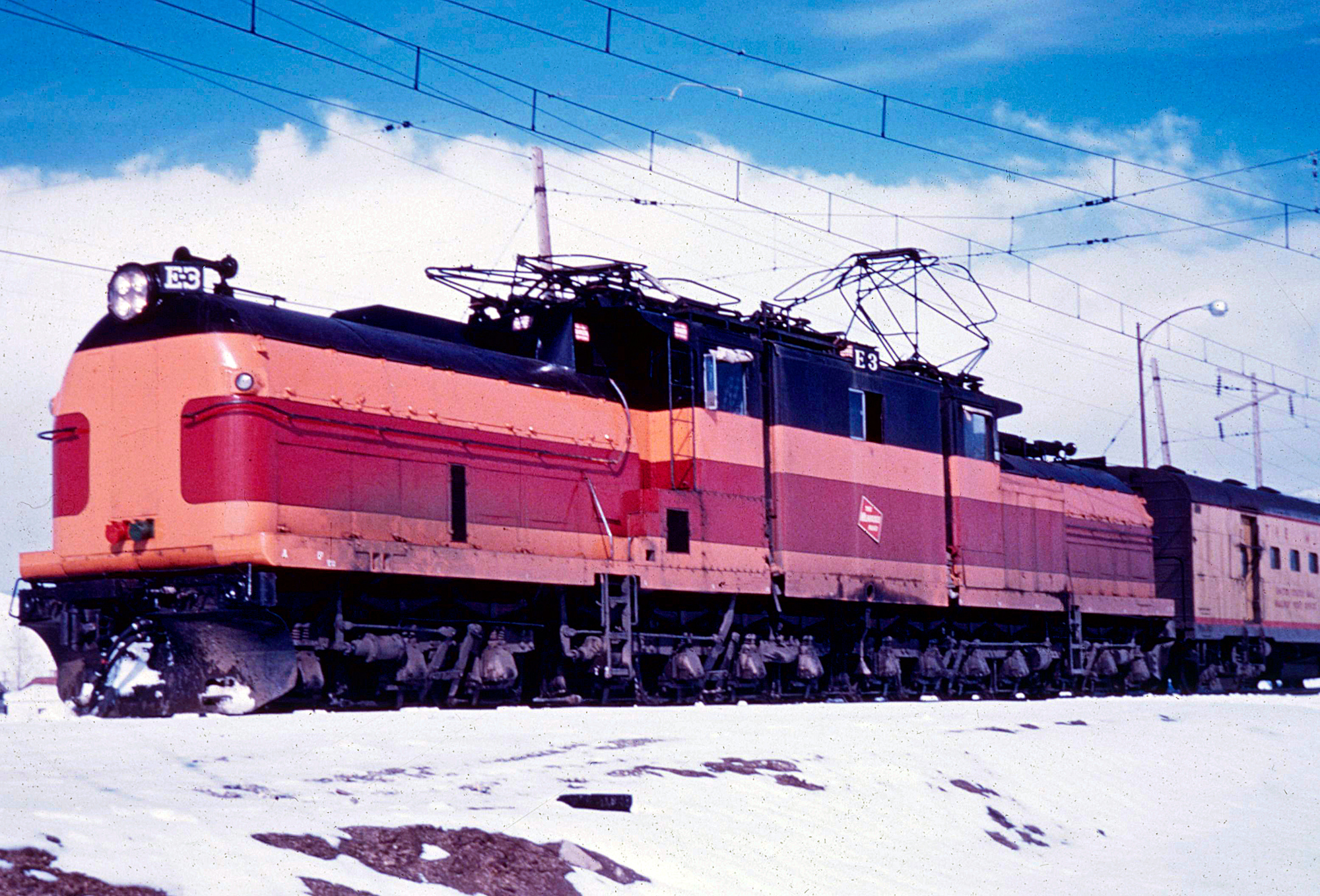 The unique Bi-Polars were built by General Electric and the American Locomotive Company (Alco) began arriving on the Milwaukee in 1919 for use in passenger service on the Coast Division.

A total of only five were built for the railroad, originally numbered 10250-10254 and later renumbered E1 through E5 in 1939; they became a common sight on the railroad's then premier transcontinental train, the Olympian.

These locomotives carried a unique 1-B-D+D-B-1 wheel arrangement and featured a center cab unit (which pivoted on brackets) plus two end units all permanently coupled using ball and socket joints.

Once again, as with the earlier EF-1/EP-1 boxcabs General Electric supplied all of the internal electric components while Alco focused on the design and operation of the other areas of the EP-2. 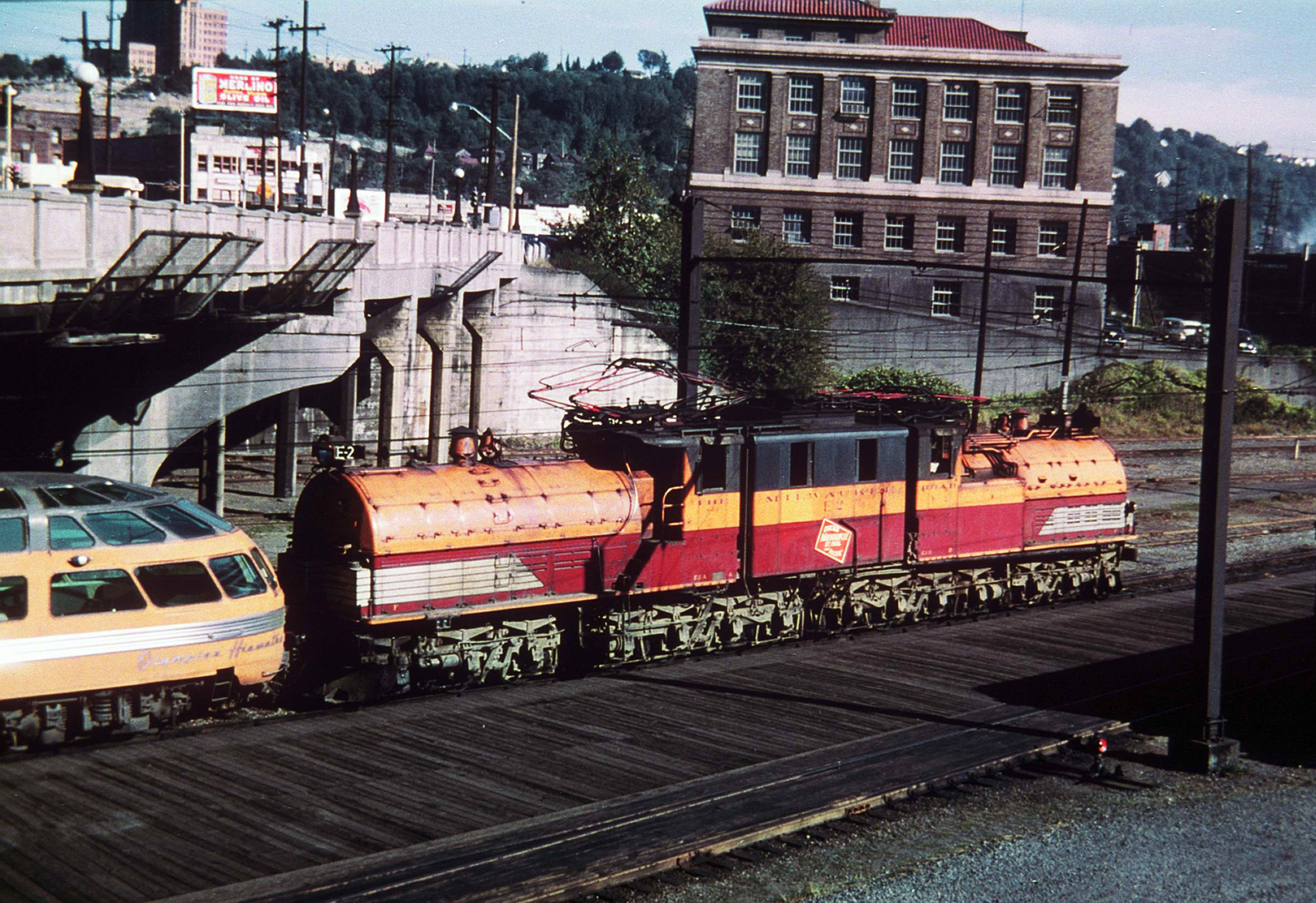 Milwaukee Road "Bi-Polar" #E-2 at Seattle Union Station with the "Olympian Hiawatha" circa 1950s. Because of the terminal's stub-end design the railroad was forced to pull the train backwards out of the facility with the Skytop observation's at the head-end.

The build date for the Bi-Polars and the Milwaukee Road's second-generation electric locomotives is not without meaning.

The railroad had just completed much of its second electrified territory between Othello, Washington and Seattle, and thus needed new motive power to operate the route.

Additionally, the government was slowly relinquishing its grip on USRA-control of the railroads back into private management, following the end of World War I, and the Milwaukee was quick to seize on the opportunity of upgrading its property.

For power the Bi-Polars used General Electric Type 100 gearless, bi-polar motors for each of the locomotive’s twelve driving axles (thus this is where the locomotives received their “Bi-Polar” name).

The locomotive’s top speed was around 70 mph (interestingly, GE had initially listed the model to operate at speeds of 90 mph) and it produced roughly 3,200 continuous horsepower (4,440 horsepower for one hour).

As designed it was intended to handle a 1,000-ton passenger train over a 2% grade holding a steady speed of 25 mph. 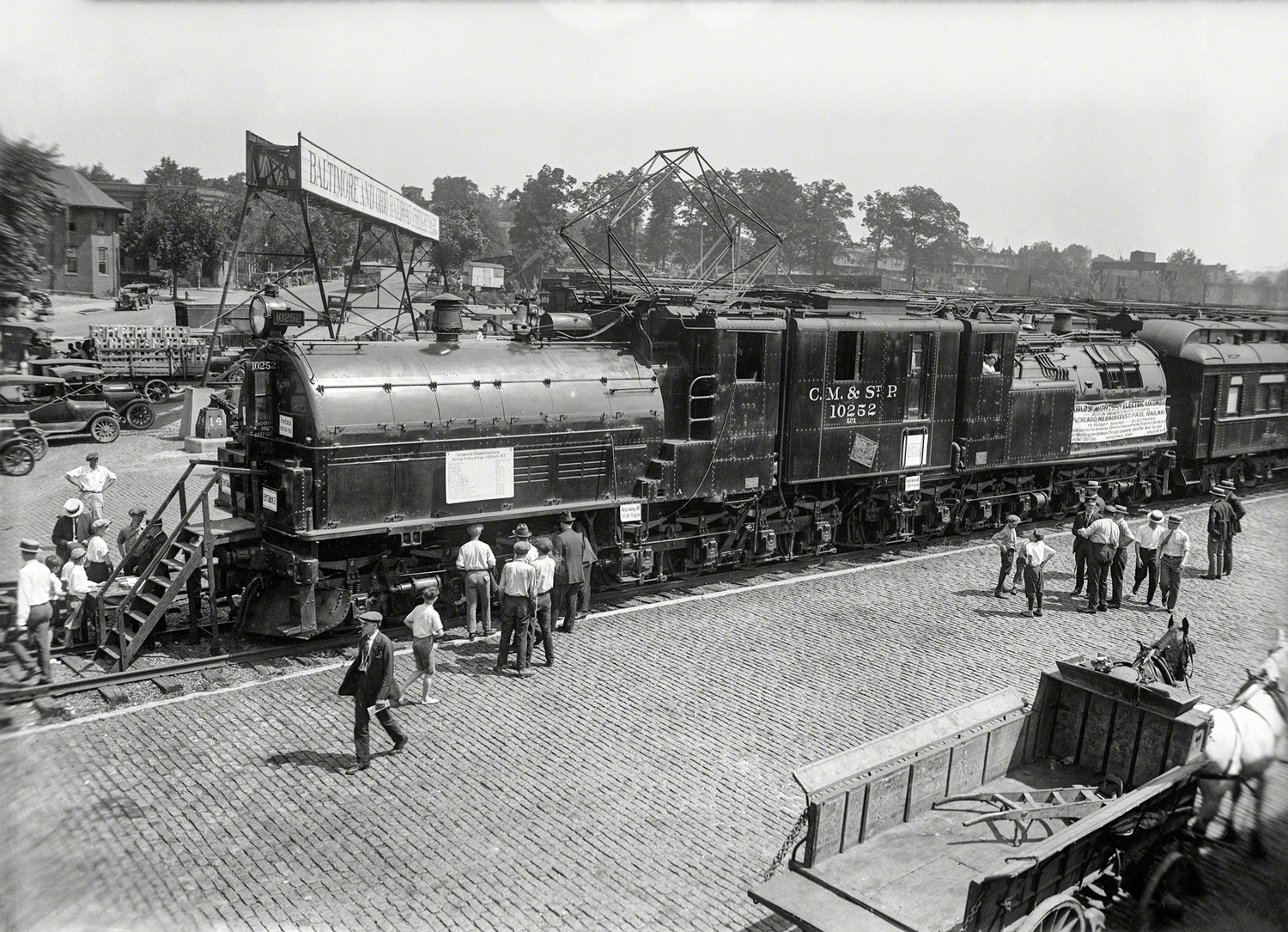 The Bi-Polars were powerful and agile locomotives although they were awfully heavy. However, the design provided one important new design in electric locomotive technology.

Today, motors are well known for their silent running, and the new bi-polar traction motors GE equipped on the EP-2s was one of the first to do so.

This was due to the traction motors being "gearless", which meant that the armatures were mounted to the locomotives' axles instead of being housed in other areas of the unit, usually the nose where they created significant noise.

Altogether, the Milwaukee spent $1 million for the five Bi-Polars at $200,000 a piece, an incredible amount of money at that time (the electrification project would eventually cause the railroad to fall into bankruptcy in the late 1920s).

Of note, just like the original boxcabs, the Bi-Polars also employed multiple-unit control (MU) later on in their service lives giving the engineer the ability to control each trailing unit from the lead unit.

However, whereas the boxcabs regularly operated using this practice the Bi-Polars often were operated individually.

They remained in regular service pulling all of the top assignments on Lines West until the arrival of the Class EF-4/EP-4 "Little Joes" in the late 1940s.

As a result, by the mid-1950s the locomotives had mostly been pulled from through, passenger service and relegated to branch or yard work.

Additionally, one could fine the motors being employed in some type of maintenance duty along the main line, typically around Othello.

One interesting note about the model, in relation to the differences of railroad's shop forces in Milwaukee and those regularly maintaining and operating electrics on Lines West.

In the early 1950s the five Bi-Polars were shipped to Milwaukee to be overhauled, improve streamlining, and receive Union Pacific's Armour yellow passenger livery (this is also when they were equipped with MU capabilities). 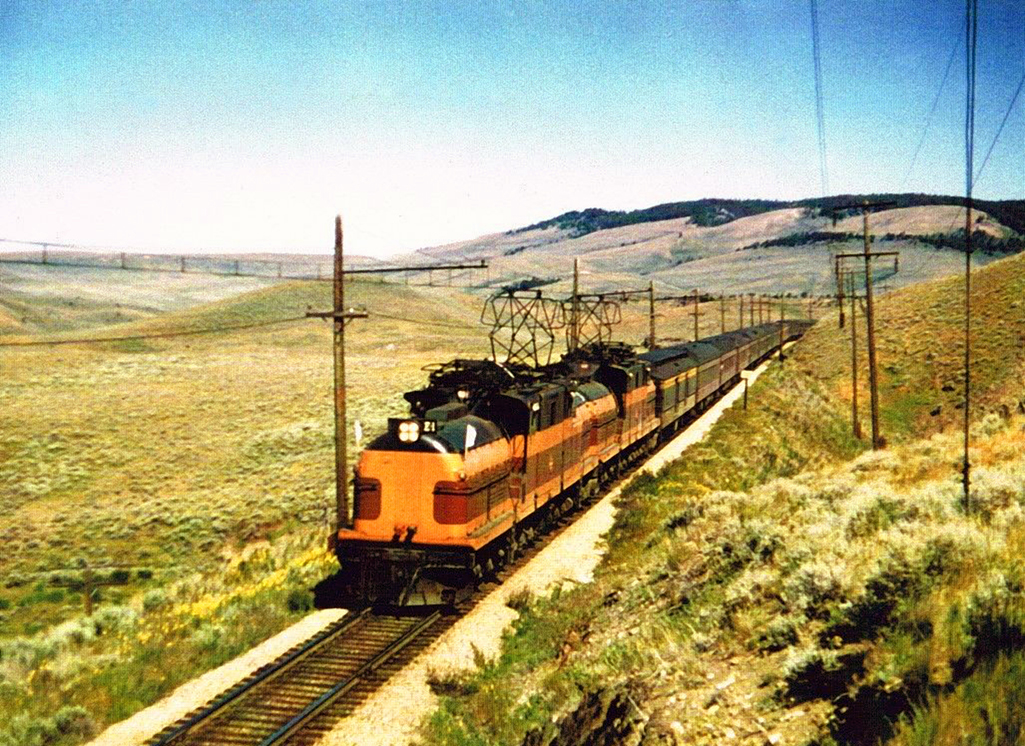 However, since eastern shop forces typically did not maintain electrics the overhauls were poorly executed. This likely resulted in the Bi-Polars soon-after retirement during that decade.

With the Milwaukee’s purchase of the famed "Little Joes" around the same time (1950) the end for the Bi-Polars came swiftly.

Luckily, E-2 survived the scrapper’s torch and today is preserved at the Museum of Transportation in St. Louis.