Such a curiously and morbidly named locomotive, the Black Maria, was actually the American Locomotive Company's (Alco) entrance into the diesel road market.

The name, curiously enough, was coined by railfans since Alco always left this three-unit set in standard black paint.

It was designed during World War II and was supposed to compete against Electro-Motive's successful FT cab model that had entered production during the late 1930s.

For Alco, the locomotive was known by its specification number as the DL-203-1 for the two A units and DL-203-2 for the single B unit.

The A-B-A set was the only of its kind the manufacturer ever built, which also carried the experimental model 241 prime mover that likewise never entered full-scale production.

The Maria tested on several different railroads in the Northeast before being pulled from service and scrapped a few years after the war.

Ultimately, the builder gained important insight with the Black Maria.  The locomotive led to the development of its future FA/FB series, Alco's most successful line of freight cab models.

They were a stylish if not necessarily successful.  The FA failed to compete against Electro-Motive but is nevertheless regarded as one of the industry's classic designs.

When World War II struck America in December of 1941 the United States government through the War Production Board (WPB) curtailed the then three primary locomotive manufacturers Baldwin, Alco, and EMD from building new diesels in an effort to focus on the conflict at hand.

During those trying years and in an attempt to continuing pushing technological development Alco and Baldwin pushed the WPB to allow experimental designs for R&D purposes.

For Electro-Motive, it already held a significant advantage through its FT cab model, which had already been in production since 1939 and had convinced railroads that diesels were the future.  Alco was looking to replicate EMD's success by creating its own version of the successful FT.

In the fall of 1943 it was given permission to built a 4,500 horsepower, 3-unit set of freight diesel for testing.  The company began a new prime mover that was meant to replace its model 539/T, which had been used to power its early switchers (the S1, S2, S3, and S4) as well as its new RS1 road-switcher, the first of its kind.

The model 241 (designated by the last two digits that referred to the year in which it entered production) was a four-cycle engine that used a 9 x 10.5-inch bore and stroke produced by McIntosh & Seymour of Auburn, New York.

The prime mover was a 12-cylinder version enabling it to achieve 1,500 horsepower, which was slightly more powerful than EMD's FT although its later F3 of 1945 offered a 1,500 rating as well.  Curiously, in 1944 Alco began designing yet another diesel engine, the model 244 that would go on to power its production cab models the FA and PA. 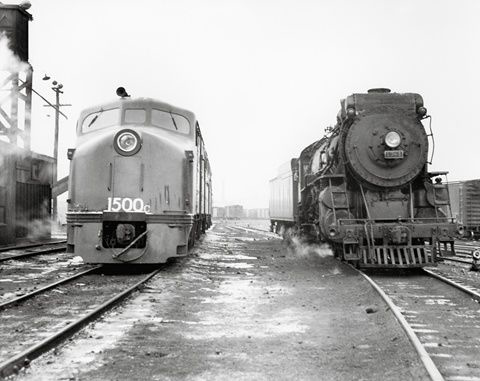 However, the builder stuck with the 241 for its experimental A-B-A set which was released in September of 1945.  The cab units were known simply by their specification numbers, DL-203-1 for the two As and DL-203-2 for the single B.

These cab models were built for passenger service featuring an A1A-A1A truck setup and powered with the 538T/539T prime movers.  They appeared similar to Electro-Motive's early E series, the EA through E3.

However, in this author's opinion, aside from the angle of the windshield the Black Maria actually more closely resembled EMD's F3 with a similar carbody, overall length (51 feet, 6 inches that was 23 feet shorter than the DL-100s), and four-axle truck arrangement.

The Black Maria tested extensively as a set, as well individually, on the Bangor & Aroostook, New Haven, Erie Railroad, and Delaware & Hudson.

During this time it was used in both freight and passenger service.  In the end, Alco opted not to put the 241 engine into full-scale production believing that its later 244 was a more reliable prime mover.

This also meant that the Maria set would be living on borrowed time.  Just months after it began testing Alco released its new FA/B-1 freight model in December of 1945.

This new cab design sported an entirely new, different look that was quite appealing yet completely distinctive from EMD and everyone else.  As a prototype, and not a true demonstrator the Maria set was stored after the debut of the FA along with its 241 prime mover.

It sat at Alco's plant in Schenectady, New York for some time before finally being scrapped in September of 1947.  By then the FA, and its passenger counterpart the PA, were in full production.

Both models sold several hundred examples but this soon waned as the 244 engine experienced numerous mechanical troubles that had not been properly vetted. 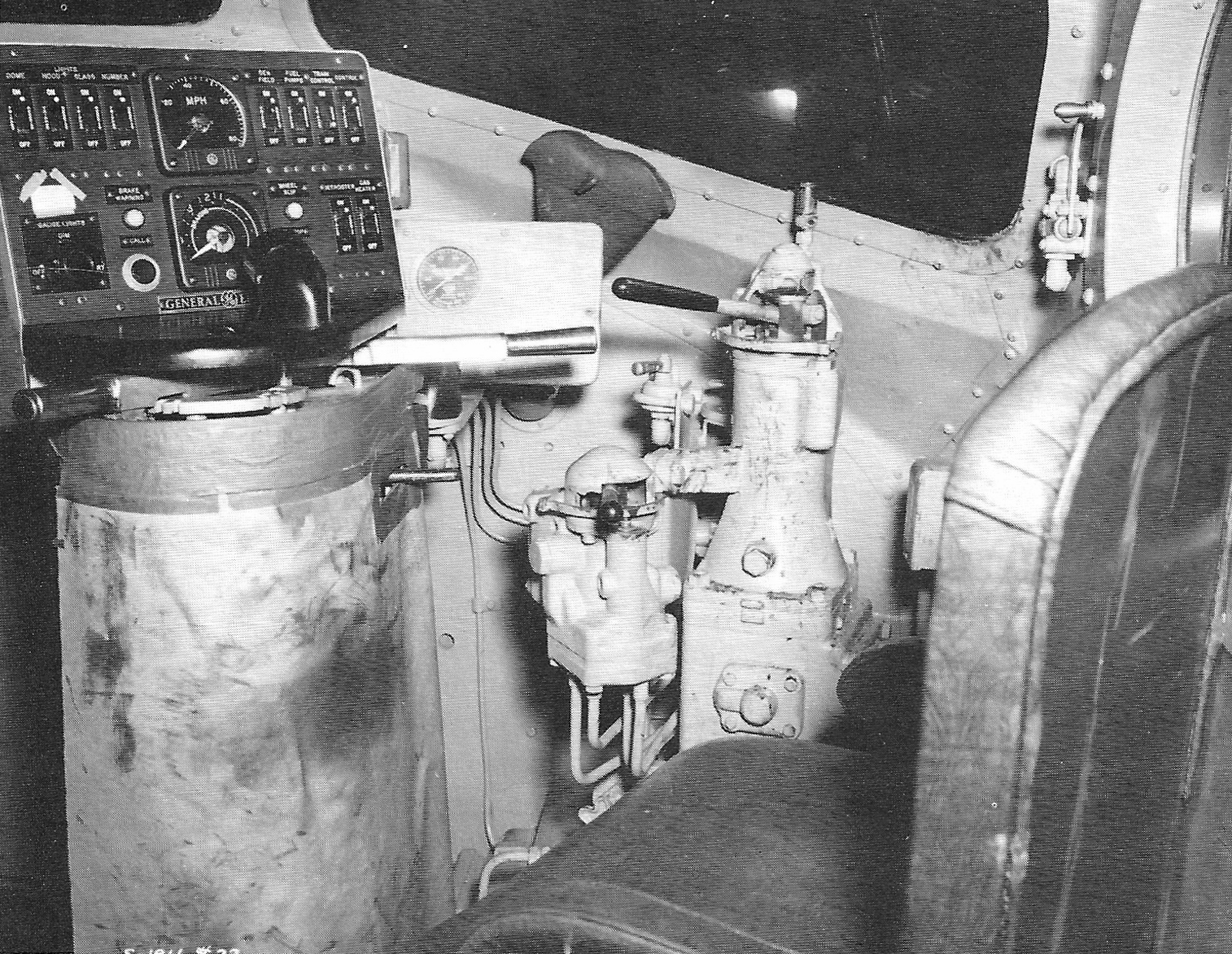 An engineer's side view of the Black Maria's cab controls, which utilized a GE control stand.

Naturally, this caused sales to stagnate and ultimately Alco's reputation as a locomotive builder was seriously harmed.

The company would later release the much more reliable model 251 power plant during the mid-1950s but by then railroads had turned away from the builder in favor of Electro-Motive's popular GP7 and GP9 models (among others), which sold thousands.

In hindsight one wonders if Alco should not have stuck with the 241 engine over the 244.  This very argument is made by John Kirkland in his book, "The Diesel Builders: Volume Two."  It appears the 241 engine actually proved quite successful in freight service.

However, Alco management, having already decided on the 244 model, which had entered full production by that time, apparently did not want the embarrassment of a testbed model outperforming its "proven" engine.

It was odd and curious decision to ever carry out tests on an engine the builder never intended to use.  In any event, the Black Maria is an interesting historical footnote in the development of first-generation diesel locomotives.