Brotherhood Of Locomotive Engineers And Trainmen

The Brotherhood Of Locomotive Engineers And Trainmen, or BLET for short, is the oldest and second-largest railroad labor union in the United States with a history tracing back to the mid-19th century.

It was born primarily from a need for representation by workers as many felt they were not being fairly paid and looked after by the large railroad companies, a common problem from that era before labor laws when employees were generally treated quite badly.

The BLET has had a few name changes over the years and its current title transpired through a merger with another union in the early 2000s.  The information here provides a general background and history of the Brotherhood. 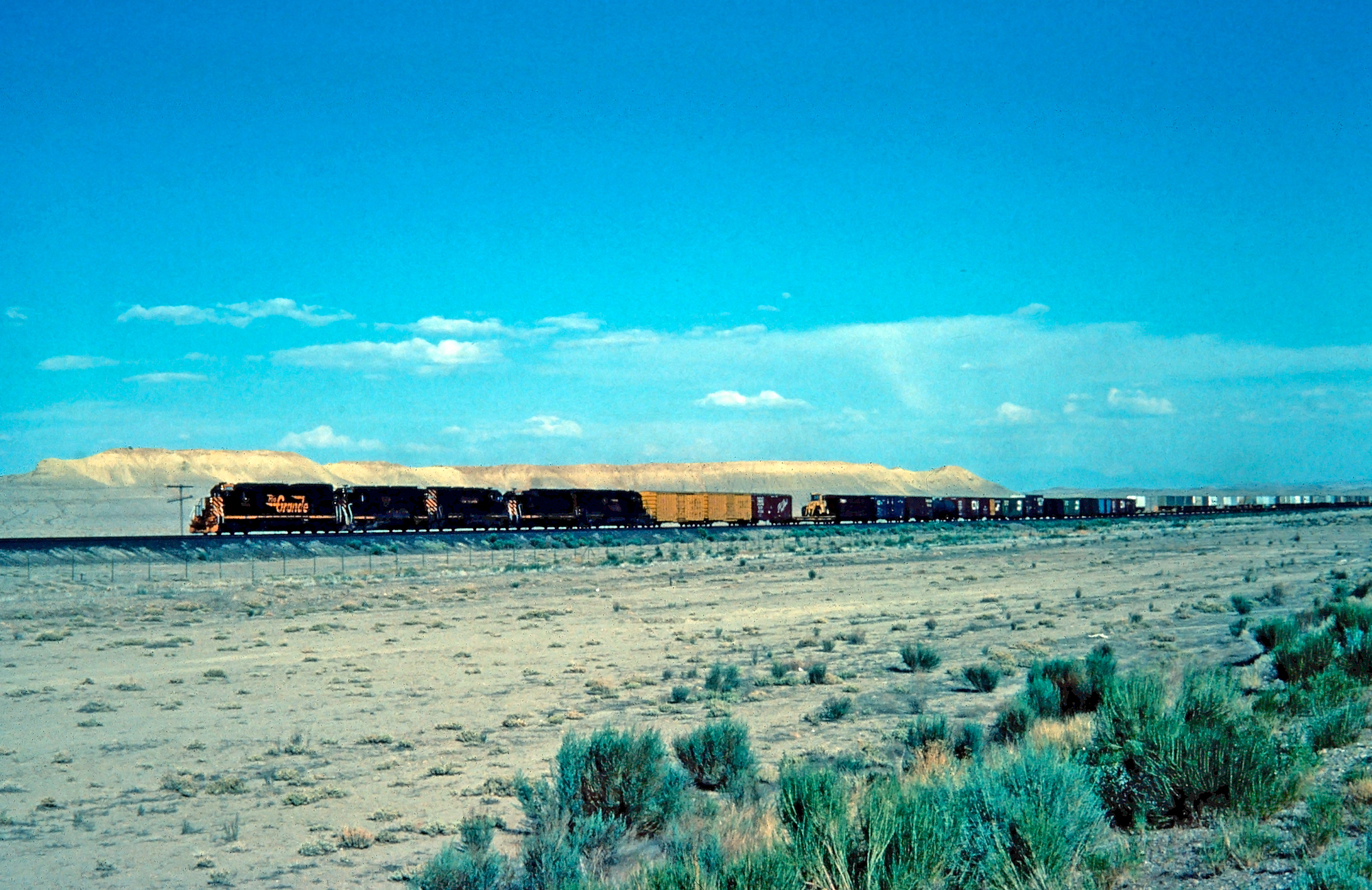 A Rio Grande freight is westbound near Desert, Utah, circa 1975. American-Rails.com collection.

The history of BLET, which is the oldest active rail union in the North America, began humbly in the 1850s.  At the time railroads were rapidly expanding across the eastern United States but there were few precedents, laws, or regulations in place overseeing their operation.

As a result, those in control of the industry (tycoons such as Cornelius Vanderbilt, Jay Gould, Collis Huntington, and others) took advantage of the situation to expand their empires.

Since there was little government oversight perhaps it is not surprising that employees, especially train crewmen, were exploited by these early companies and dealt with unsafe working conditions.

The brakeman likely best exemplified the problems of the industry's early years as they had to clamber atop moving trains to manually set hand brakes.

Many were maimed or killed when they fell from the rocking and swaying cars which led to the development of the automatic air brake, patented by George Westinghouse in 1868.

The first known attempt to organize a labor union for train engineers was held in Baltimore during November of 1855.

The group referred to itself as the National Protective Association of the Brotherhood of Locomotive Engineers of the United States with Benjamin Hoxie as President, and William D. Robinson secretary.

While they gathered for several meetings no official organization was established and following the outbreak of the Civil War in April of 1861 the idea was briefly shelved.

However, within a few years talk again heated up and during an unofficial meeting at Robinson's home in Detroit on May 8, 1863 the Brotherhood of the Footboard was born with Robinson elected president.

Aside from representation and improved workers' rights (better pay, hours, benefits, etc.) the union was established to look after its members by establishing accident, death and burial insurance programs for its member which still exists today.

By 1864 the organization had changed its name to the Brotherhood of Locomotive Engineers (BLE), a designation it would retrain for the next 140 years.

The BLE was the first of four notable railroad unions established after the Civil War with the others being the Order of Railway Conductors (1868), the Brotherhood of Locomotive Firemen (1873) and the Brotherhood of Railroad Brakemen (1883).

While there were others (some sixteen in all) these four were the original (all remained in existence until 1969 when the Brakemen, Conductors, and Firemen joined the newly established United Transportation Union).

Like most labor unions the BLE had difficulty being recognized by railroad management during its early days.

When still known as the Brotherhood of the Footboard employees of the Philadelphia & Reading Railroad (commonly known as the Reading) went on strike in July of 1864 demanding better pay.

Alas, with little power the company simply laid off the strikers.  Despite this setback the unfortunate event only strengthened the group's resolve which went on to form the BLE in the August of 1864.

With many more members and sway the organization slowly helped improve working conditions and receive better pay (even today, long hours and fatigue remains a problem for railroaders).  Of note here was the election of Peter Arthur as the BLE's Grand Chief Engineer in February of 1874.

Thanks to his actions the group not only gained representation but was also generally held in high regard by most railroad managers.

As the years passed the BLE, along with other labor unions, did well to improve workers' rights and power within the industry (arguably they had acquired too much power by the post World War II years).

In 2004 the BLE merged with the International Brotherhood of Teamsters (IBT) and became a division of that union known as the Brotherhood of Locomotive Engineers and Trainmen (BLET) for workers located in both the United States and Canada.