The Cotton Blossom may have carried an elegant name stirring thoughts of the South but for most of its time in service the train was not highly regarded by the Seaboard Air Line.

What had formerly been known as the Robert E. Lee the Blossom served the Richmond to Atlanta corridor, an important route that provided strong competition from rival Southern.  The train was the railroad's secondary run behind then-flagship Silver Comet (this streamliner had, itself, replaced an earlier consist).

By the 1950s it had lost many of its services and it seems that management felt the train was no longer worth the status of having its own name, becoming another of the nameless scheduled runs by the middle of the decade.

It wasn't long after Seaboard Air Line acquired a route to Atlanta that it inaugurated passenger service to the city.  One of the best known early trains along this route was the Atlanta Special, which reached Washington, D.C. in conjunction with the Richmond, Fredericksburg & Potomac.

By the 20th century this train had been replaced by the Cotton States Special and Robert E. Lee with through service to Birmingham, Alabama.  The former was considered the premier train while the latter held down secondary assignments. 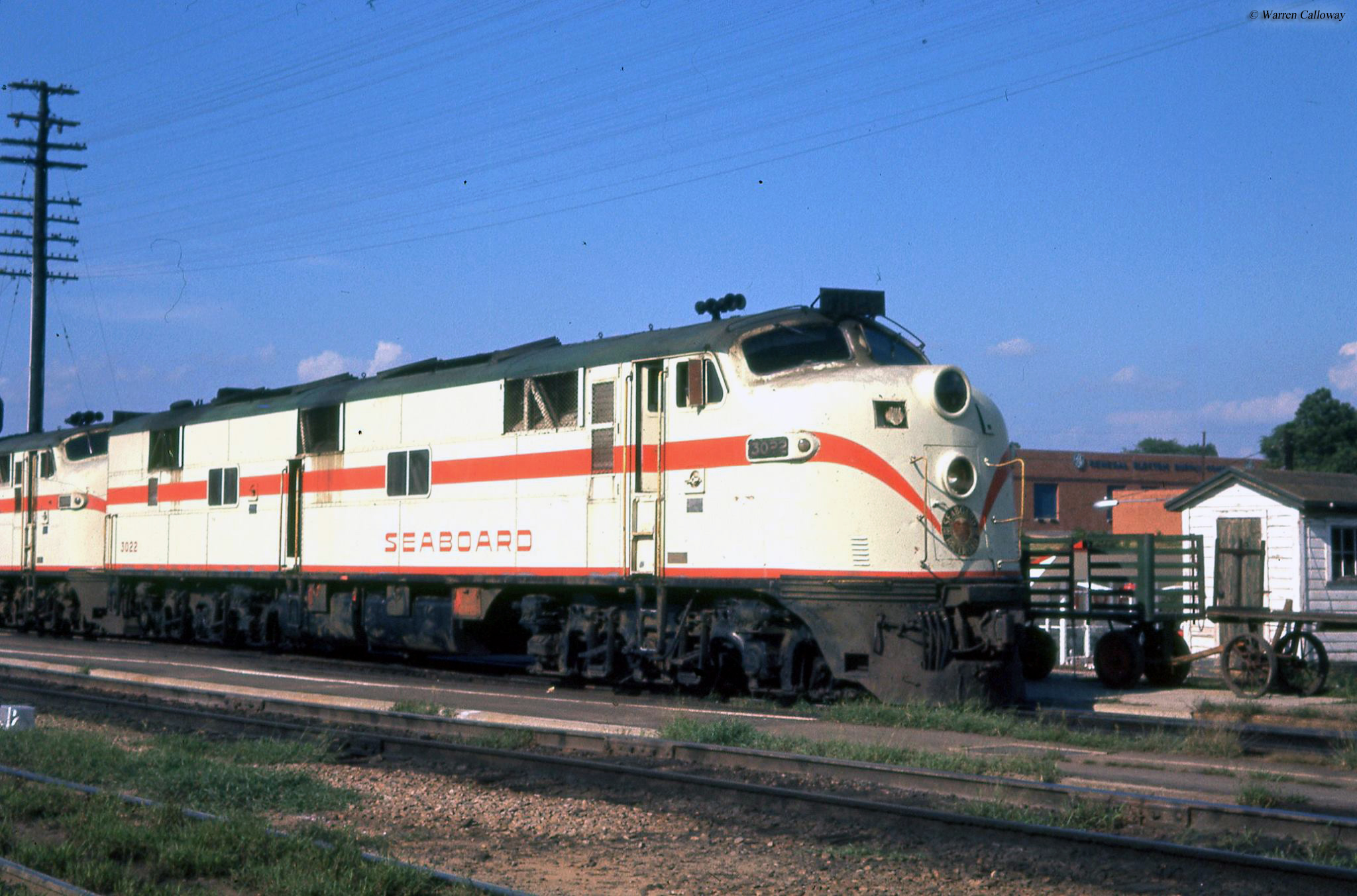 The two remained on Seaboard's timetable until the age of the streamliner.  In 1939 the railroad launched the South's first lightweight consist, the Silver Meteor, and with its immediate success management looked to upgrade other corridors with streamlined trains.

This included the Atlanta/Birmingham line, which first hosted the all-new Silver Comet on May 18, 1947, christened among great fanfare by actress Eleanor Parker.

Modeled after the Meteor, at its zenith the Comet sported gleaming stainless-steel equipment from both the Budd Company and Pullman-Standard with power provided by Electro-Motive E7, and later E8, diesels.

While offering a fine level of amenities including a New York-Birmingham diner, several sleepers, and reserved reclining-seat coaches the Comet was six years behind rival Southern Railway's Southerner.

This train operated all of the way through to New Orleans (via Birmingham and Atlanta) and featured amenities just as impressive (the Southern was very fussy about its passenger operations, continuing to maintain a high level of service until Amtrak).

A History Of The Seaboard Air Line

While successful in its own right the Comet never quite reached the same plateau as its competitor and Seaboard gave up on the Atlanta market in 1969.

During its time in service its running mate was the Cotton Blossom, renamed from the Robert E. Lee following the Comet's inauguration.  It was listed as trains #5 (southbound) and #6 (northbound) on the Seaboard's timetable.

According to Larry Goolsby's book, "Seaboard Air Line Passenger Service, The Streamlined Era" the Blossom departed southbound from Richmond's Main Street Station after Midnight and arrived in Birmingham the following evening; its northbound counterpart would leave Birmingham around breakfast at 7:50 AM and return to Richmond by 6:30 AM the next morning.

Like Seaboard's other secondary trains it provided numerous, local stops along the way. 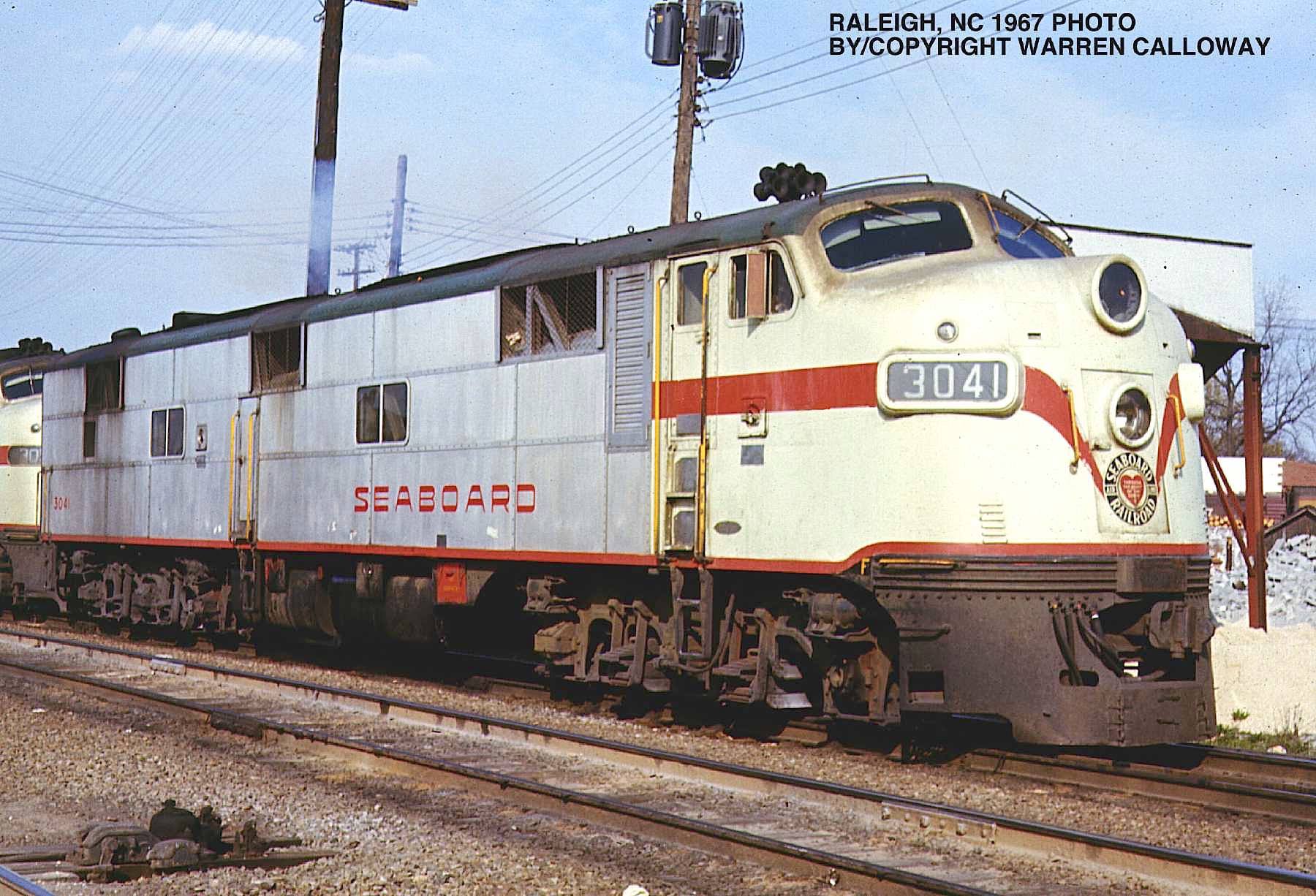 When first renamed the Blossom carried its Washington-Birmingham diner, a holdover from the days of the Robert E. Lee, and continued to do so for several years following.  This complemented coaches and its through Pullman sleepers.

However, service cutbacks came early perhaps because management felt the Comet could handle the business or that the Blossom just wasn't meeting expected ridership numbers.  Whatever the case during December of 1948 it ran no further south than Atlanta, replaced by nameless trains #15 and #16.

Curiously, the Seaboard originally chose not to schedule them in conjunction with the Blossom.  Instead, those wishing to continue on to Birmingham had to find other means to do so as the departing westbound from Atlanta left roughly an hour before the Blossom arrived.

(The below Cotton Blossom timetable is dated effective December 11, 1952.)

Conceivably, one could take the eastbound and wait at Atlanta on #6's departure several hours later. Of course, there was always the Southern available, which not only offered the Southerner but also the Birmingham Special, Peach Queen, and Crescent.

Regardless, this inconvenience was short-lived and Seaboard had made more suitable connections to and from Atlanta by 1949.  During its final years on the timetable the Blossom witnessed a wide range of changes; it was cutback to a Hamlet, North Carolina-Atlanta section only to see Richmond service return within a few months.

Apparently, Seaboard became dissatisfied with this setup as well, including trains #15 and #16, discontinuing them and returning the Cotton Blossom to its original Washington-Birmingham route. 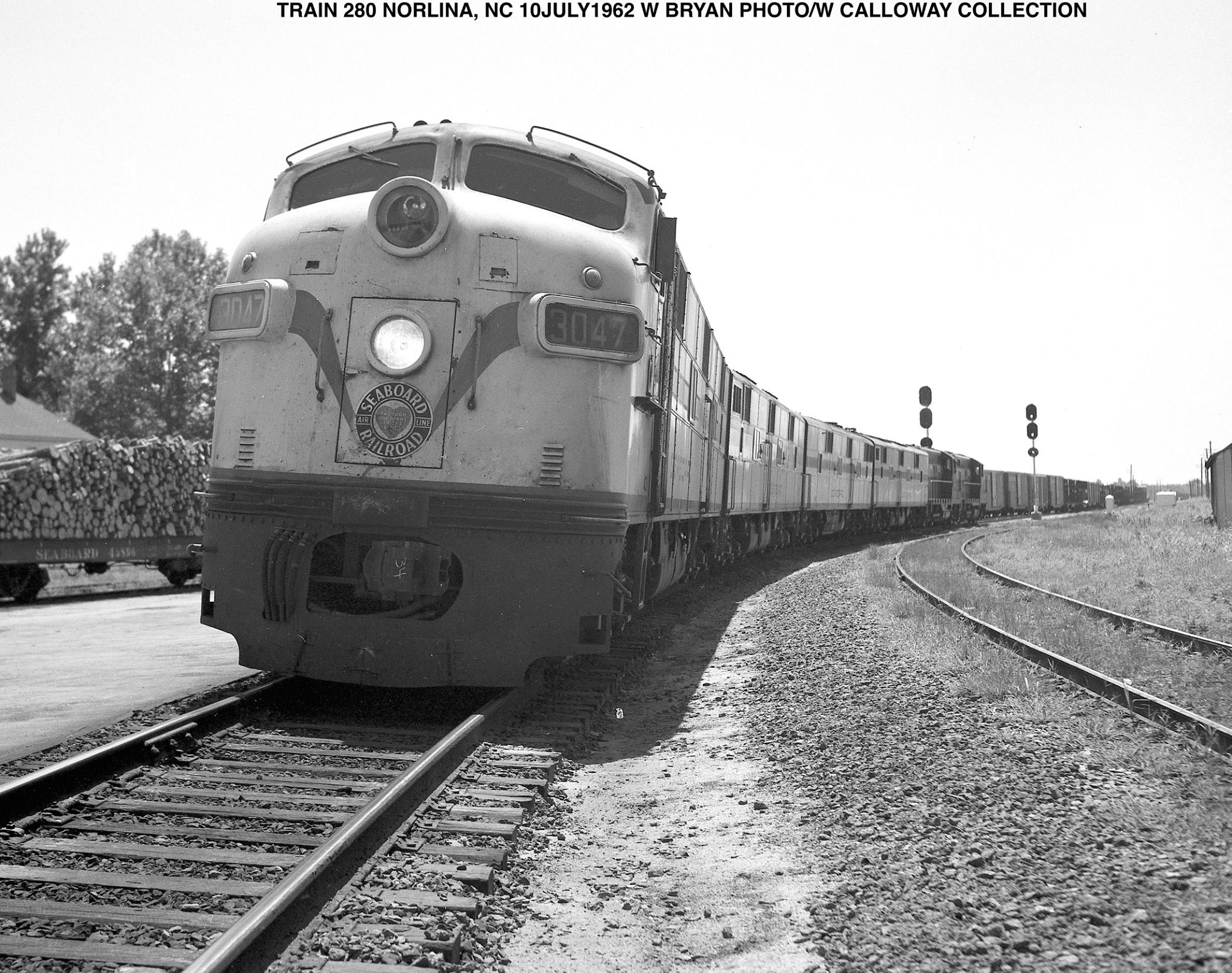 Alas, as the saying goes change is always the one constant and the train was soon on the chopping block again.  During the 1950s Seaboard began a series of schedule and operational changes to reduce costs and focus more narrowly on those routes still showing strong ridership.

This was predominantly the Florida corridor, which maintained high patronage essentially until the start of Amtrak; one of the truly rare cases of passenger rail sustainability during that era.

At the end of the 1955 year, Seaboard dropped the Cotton Blossom from the timetable and simply referred to it as another of the many nameless mail and express trains, continuing to provide service through the 1960s.  The loss was likely a result of Southern's strong competition and left the Silver Comet as the only named Seaboard train serving Atlanta.