The Erie-Built's were Fairbanks Morse's first cab design it ever cataloged.  While largely designed as a passenger model, aimed at competing against Electro-Motive's successful E series, the Erie's were also offered with freight gearing.

In addition, their looks rivaled Alco's beautiful PA design as well as EMD's E series.  Fairbanks Morse worked incredibly hard to market a passenger model that could effectively hold its own against the leading manufacturers.

When the locomotives initially entered production in late 1945, FM did not have available capacity to build them.  In an effort to keep up with the competition, company officials elected to utilize General Electric, as GE was also supplying internal electrical equipment (traction motors, generators, etc.)

Fairbanks Morse did make several initial sales with the Erie-Built but overall failed to truly compete against either EMD or Alco.

In an ironic twist, both FM and American Locomotive cataloged passenger models which were quite aesthetically pleasing, featuring a long nose, sloped windshield, and clean streamlining.

Unfortunately, neither could rival Electro-Motive's "E" series, which dominated the market until it was retired in the late 1950's. 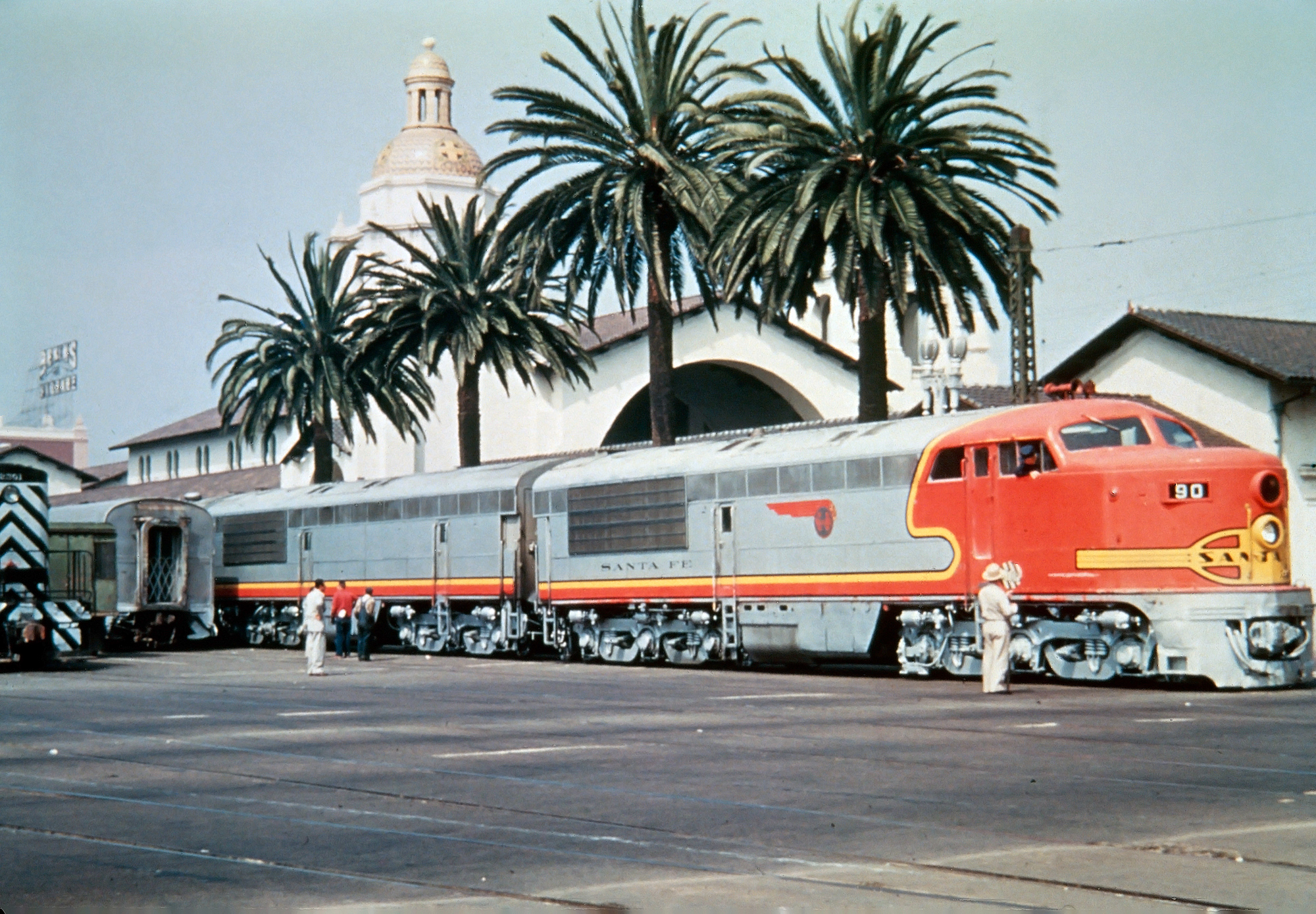 Santa Fe's only A-B-A set of "Erie-Builts" is seen here in front of the beautiful station at San Diego, California, circa 1950. American-Rails.com collection.

Fairbanks Morse's cab models basically all carried a similar appearance, not unlike Alco's FA and PA.  FM introduced its cab line in an effort to compete against Electro-Motive's highly successful E and F series.

The first of these was known simply as the "Erie-Built" because the carbody was manufactured by General Electric at its Erie, Pennsylvania plant.

In 1950, however, the company introduced a formal line of passenger units known as the “Consolidated Line,” commonly referred today as C-Liners.  These later models were available in three different variations; 1,600, 2,000, and 2,400 horsepower.

The Erie-Builts began production in December of 1945; they featured a look somewhat similar to the PA with a long, graceful nose followed by a sweeping, streamlined body behind the cab. Overall, it was a very classy and elegant locomotive.

The locomotive's continuous tractive effort ranged from 26,200 to 41,000 pounds depending on the gear ratio chosen.  Aesthetically, some of the best remembered Erie-Builts were those constructed for the Milwaukee Road.

Manufactured between December of 1945 and March of 1947 the locomotives powered the famous Olympian Hiawatha between Chicago and the Pacific Coast at Seattle.

They were clad in Milwaukee’s beautiful two-tone red/orange livery with chrome plating around the nose with Olympian Hiawatha included just under each side the cab.

It was a very graceful, albeit brief look.   Surprisingly, the Erie-Builts sold relatively well (by Fairbanks Morse standards anyway) with 111 units outshopped by the time the builder had ceased construction in April of 1949. 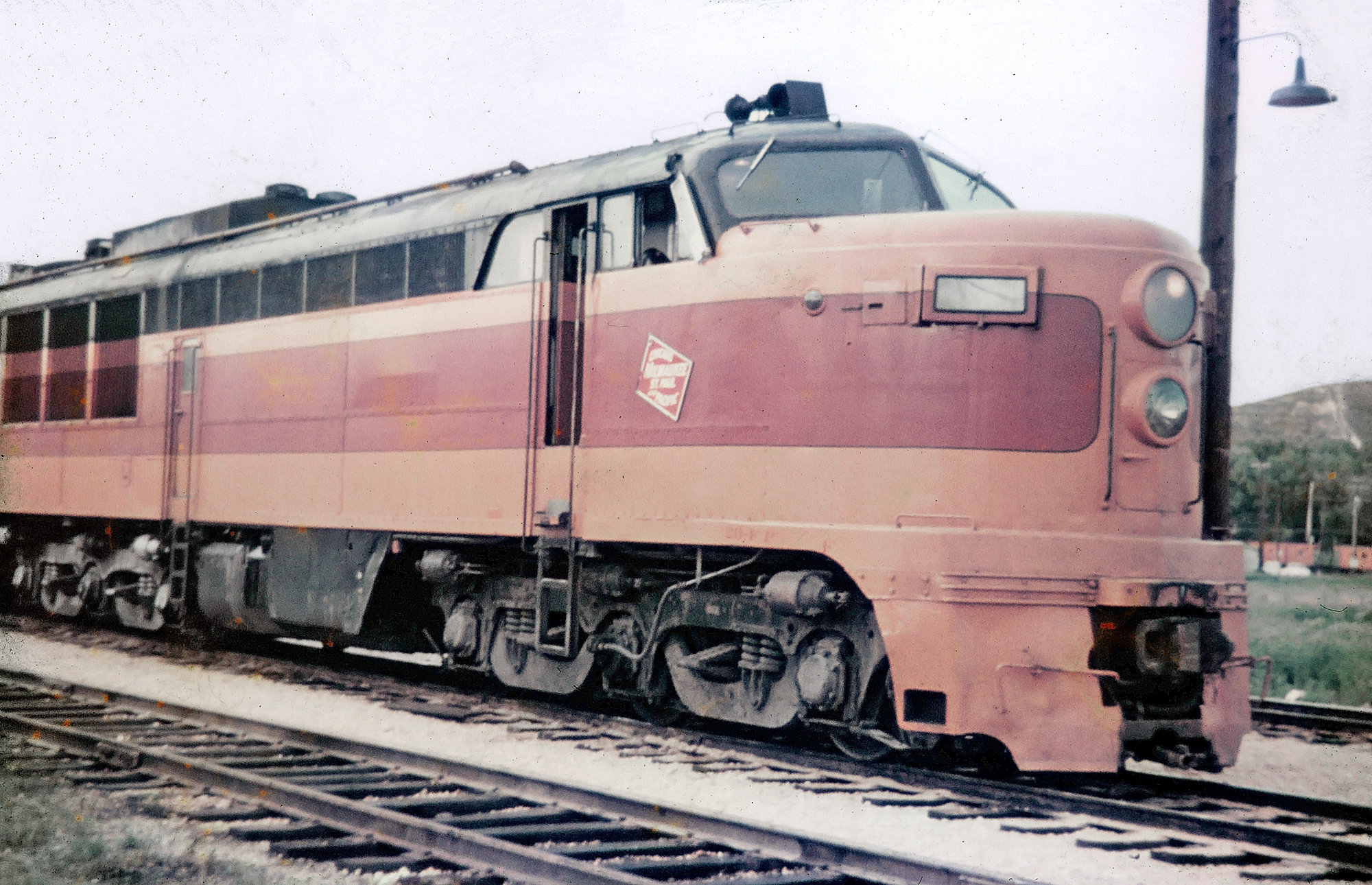 Milwaukee Road "Erie-Built" #9-A (outshopped in March, 1947) is seen here in Council Bluffs, Iowa during July, 1957. The railroad was never particularly fond of these locomotives and they were traded in to EMD in the early 1960s. Fred Byerly photo. American-Rails.com collection.

In all, seven Class Is purchased the diesel including the Santa Fe, Chicago & North Western, Milwaukee Road, New York Central, Kansas City Southern, Pennsylvania, and Union Pacific.  The Canadian roads never purchased the model although the Canadian National and Canadian Pacific did purchase the C-Liner. 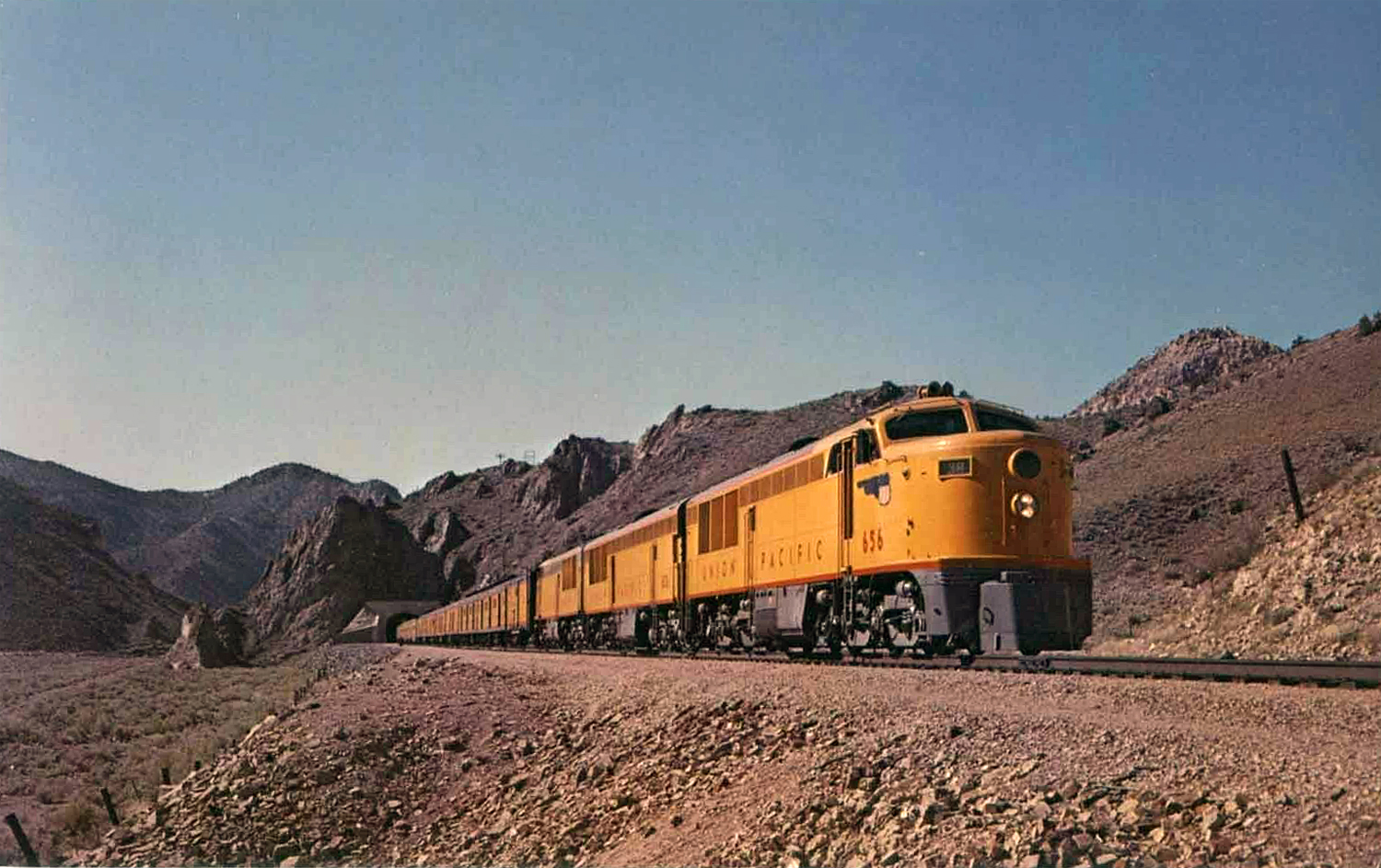 In this Union Pacific publicity photo an A-B-A set of "Erie Builts" have the eastbound "Pony Express" in Nevada's Rainbow Canyon south of Caliente during the mid-1950's.

The later C-Liners were a bit unorthodox as passenger locomotives with an odd B-A1A truck arrangement resulting in very few railroads purchasing it.

The freight model, offered in a range of horsepower ratings, did a little better but in the end, FM gave up on the cab design altogether by 1953.

Today, no Erie-Builts are known to survive.  Interestingly, a piece of this unique model lives on in Doyle McCormack's restored Alco PA #190.

The unit's trucks (designed by General Steel Castings) were salvaged for the restoration as they came from a scrapped Erie-Built, which had been converted for use by the Canadian Pacific in rail trains to lay continuous welded rail (CWR).