The DH643 (also referred to as the "C643-H" or "C643DH" both terms will be used interchangeably in this article) was one of Alco's most powerful locomotive designs. Built for the Southern Pacific the model was similar to UP's massive C855 design in that it was essentially two locomotives merged into one.

However, it differed by using a diesel hydraulic main generator.  At the time both SP and UP were experimenting with large, powerful single unit locomotives to reduce operating expenses.

In addition, both railroads had been loyal customers to American Locomotive for decades, dating well back into the steam era.   Unfortunately, the C643DH was plagued with many of the same problems UP experienced with the C855.

Aluminum wiring, for instance, was one such issue.  It displaced copper in a cost-savings attempt.  However, it was completely inadequate and often caught fire.  Following about a decade of service Southern Pacific retired their fleet of three during the 1970s. 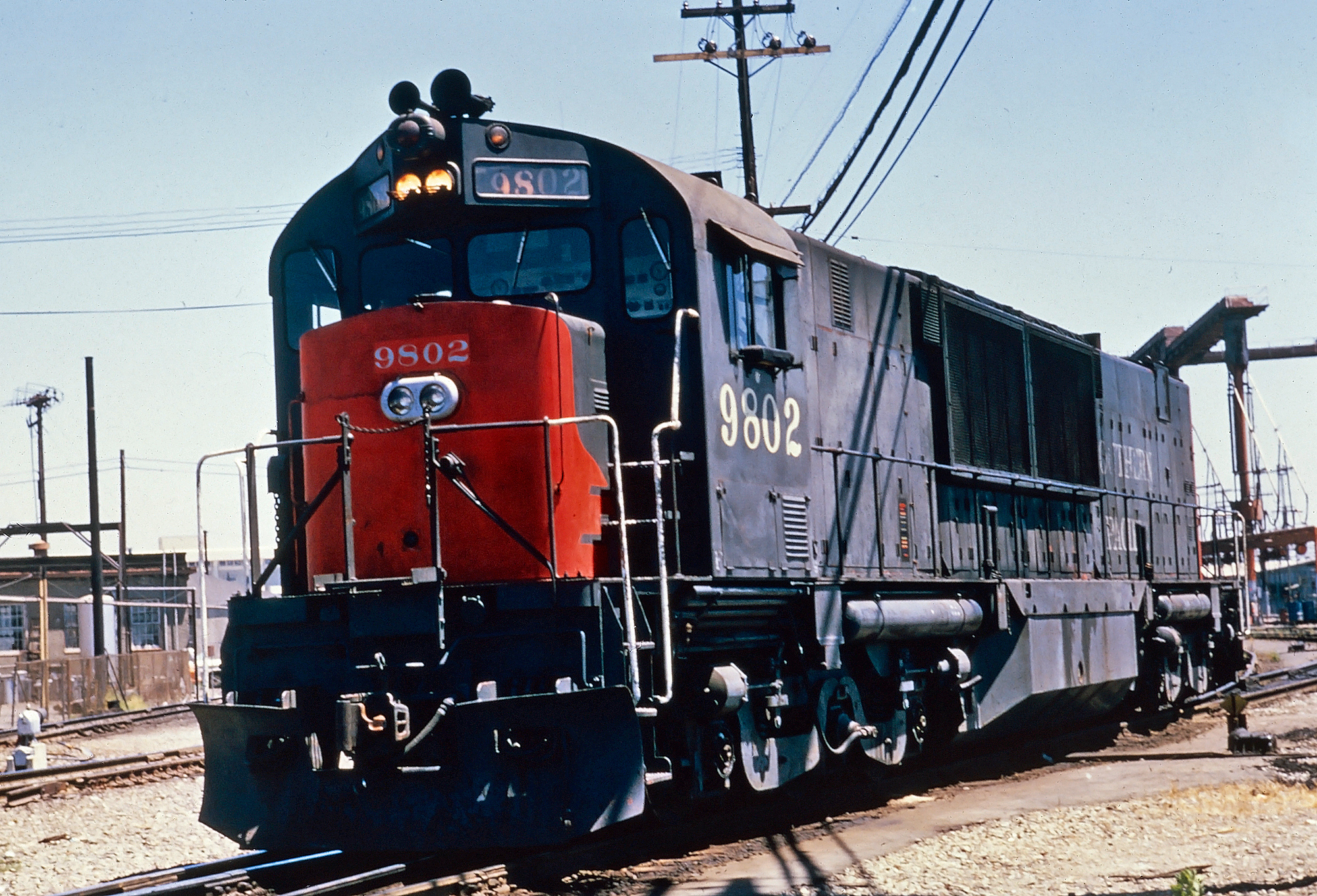 The DH643, as classed by Alco, was produced in the early fall of 1964 as the builder manufactured a set of three for Southern Pacific who, like rival Union Pacific, often tested big horsepower in an attempt to reduce the number of locomotives per train.

The SP took this a step a bit further by testing diesel hydraulic designs, which included those produced by Alco (the railroad also operated twenty-one German-built, Krauss-Maffei ML-4000s, three of which were acquired from the Rio Grande).

Doing so would not only allow for cost-saving maintenance but enable the engines to be interchangeable with other Alco products SP owned.  Ultimately, only American Locomotive elected to move forward with a hydraulic transmission variant.

Internally, the C643DH was basically two C628s merged together albeit with 12-cylinder prime movers. The model used traction motors (model 752) from General Electric although its main generator was produced by Voith Hydraulic, its notable characteristic.  Additionally, air components came from Westinghouse (brakes and compressor).

The locomotive was one of the longest the company ever produced at nearly 71 feet, 6 inches and was capable of producing 95,000 pounds of tractive effort (starting), on par with some of the largest and most powerful steam locomotives ever built.

Unfortunately, the locomotive was not particularly successful. First, the diesel hydraulic transmission performed poorly and due to the fact that it was foreign-made meant parts were expensive and took time to arrive.

Other issues evolved around a lack of proper research and development, similar to the C855.  As a result, the '643s experienced numerous problems and trouble-shooting issues while in service, particularly in regards with the two prime movers functioning as one (timing issues).

Because of the locomotives' problems, crews came to loathe operating them, which provided for an incredibly jarring ride.

Dissatisfied with their performance, SP pulled the group from service after less than ten years and all were retired in September, 1973.  Interestingly, UP had scrapped their fleet of C855s a year earlier in 1972.