The EMD SD9, also referred to as a "Cadillac" for the smooth, soft ride, was the builder's second model in its six-axle series and looked virtually identical to the SD7.

Slightly more powerful than its predecessor and using an updated version of General Motors' proven prime mover of the time, the model 567, the SD9 was the most successful first-generation six-axle locomotive EMD produced, selling more than 500 examples (which included sales to foreign railroads).

Apparently, the bump up in horsepower convinced more lines to try the locomotive. Still, the Electro-Motive Division found sales difficult with numerous future six-axle models. Until the SD40 was released in 1966 only the SD24 and SD35 sold more than 100 units for the company.

As with many early model EMDs the SD9 soldiers on today, finding use in regular service on shortlines and industrial settings. There are also several units officially preserved including Colorado & Southern #839 and Southern Pacific #5428, #5363, #5468, and #5472. 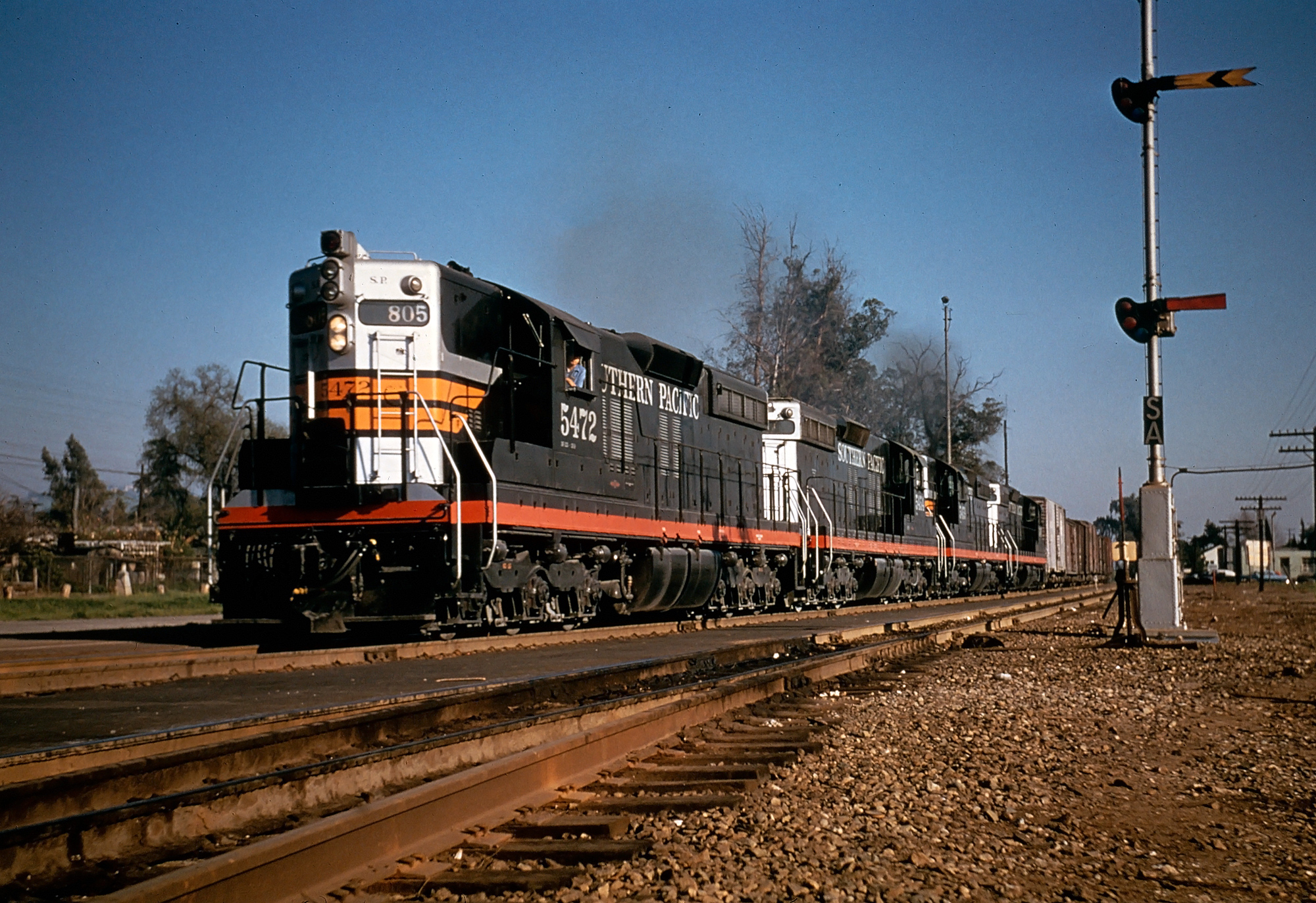 A handsome quartet of Southern Pacific SD9's in the "Black Widow" livery, led by #5472, have freight #805 on the San Joaquin Line, circa 1958. Gordon Glattenberg photo. American-Rails.com collection.

The SD9 began production in early 1954, soon after the SD7 line was closed. The model used GM's latest prime mover of the time, the 16-cylinder model 567C which provided the SD9 a 1,750 horsepower rating, 250 more horsepower than the earlier SD7.

While the locomotive had the option of an added steam boiler for use in passenger service only a few railroads would include the feature with their SD9s including the Duluth, Missabe & Iron Range Railroad, Burlington, and Southern Pacific. 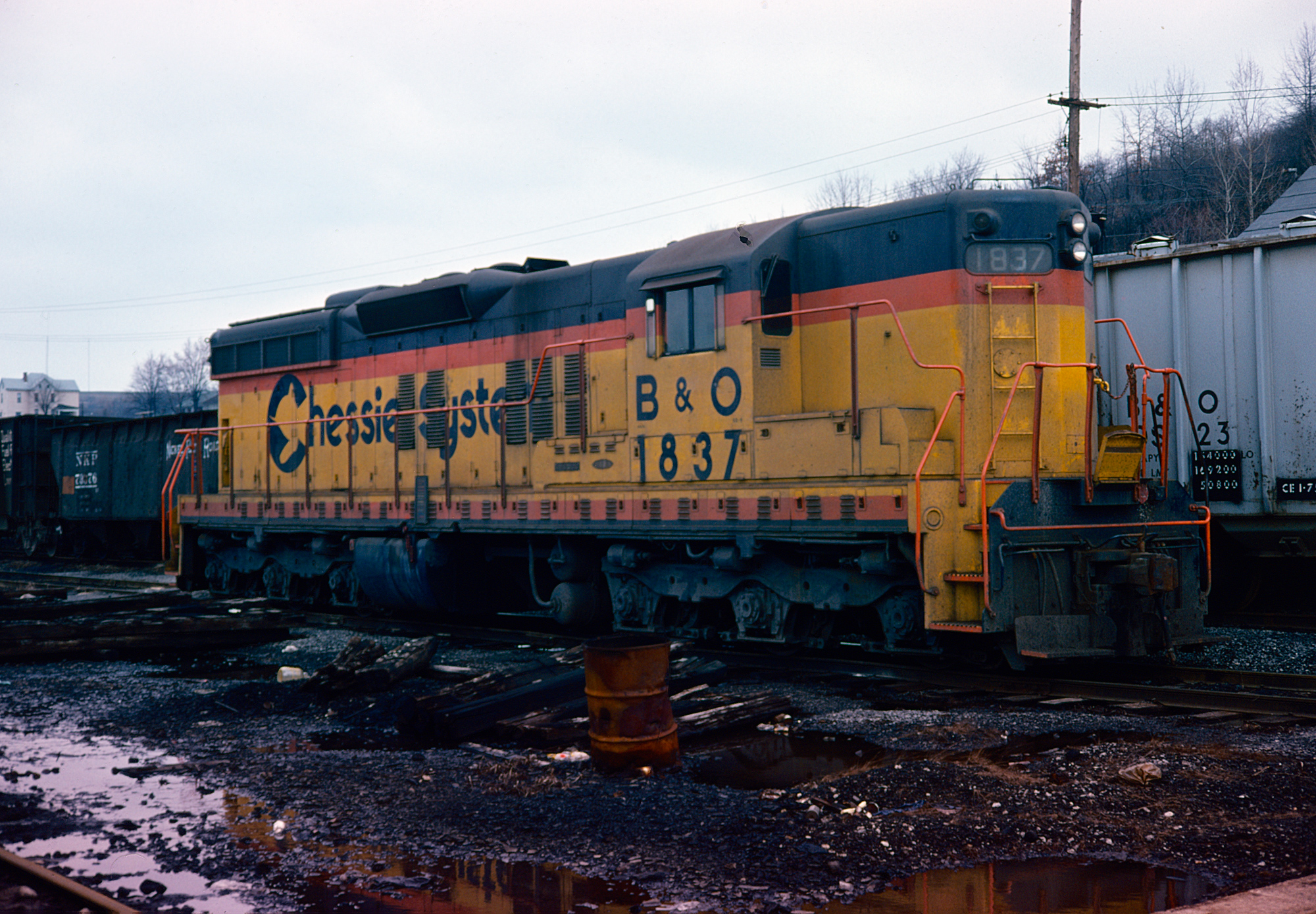 Baltimore & Ohio SD9 #1837 is seen here in Cumberland, Maryland during March, 1975. The unit was assigned to hump yard service during this time. American-Rails.com collection.

The Southern Pacific was one of the first railroads to take notice of the extra tractive effort EMD's Special Duty line provided, especially in mountainous operations, and purchased the most SD7s by a single company.

They likewise purchased the most SD9s, buying 150 of the 471 total sold to domestic railroads (another 44 were purchased by foreign lines).

While the 515 SD9s ultimately sold paled in comparison to the more than 4,000 four-axle GP9s outshopped, more railroads took notice of the latest six-axle design with more than a dozen Class Is purchasing the model.   Many of the companies that purchased the SD9 had also bought or tested at least one SD7. 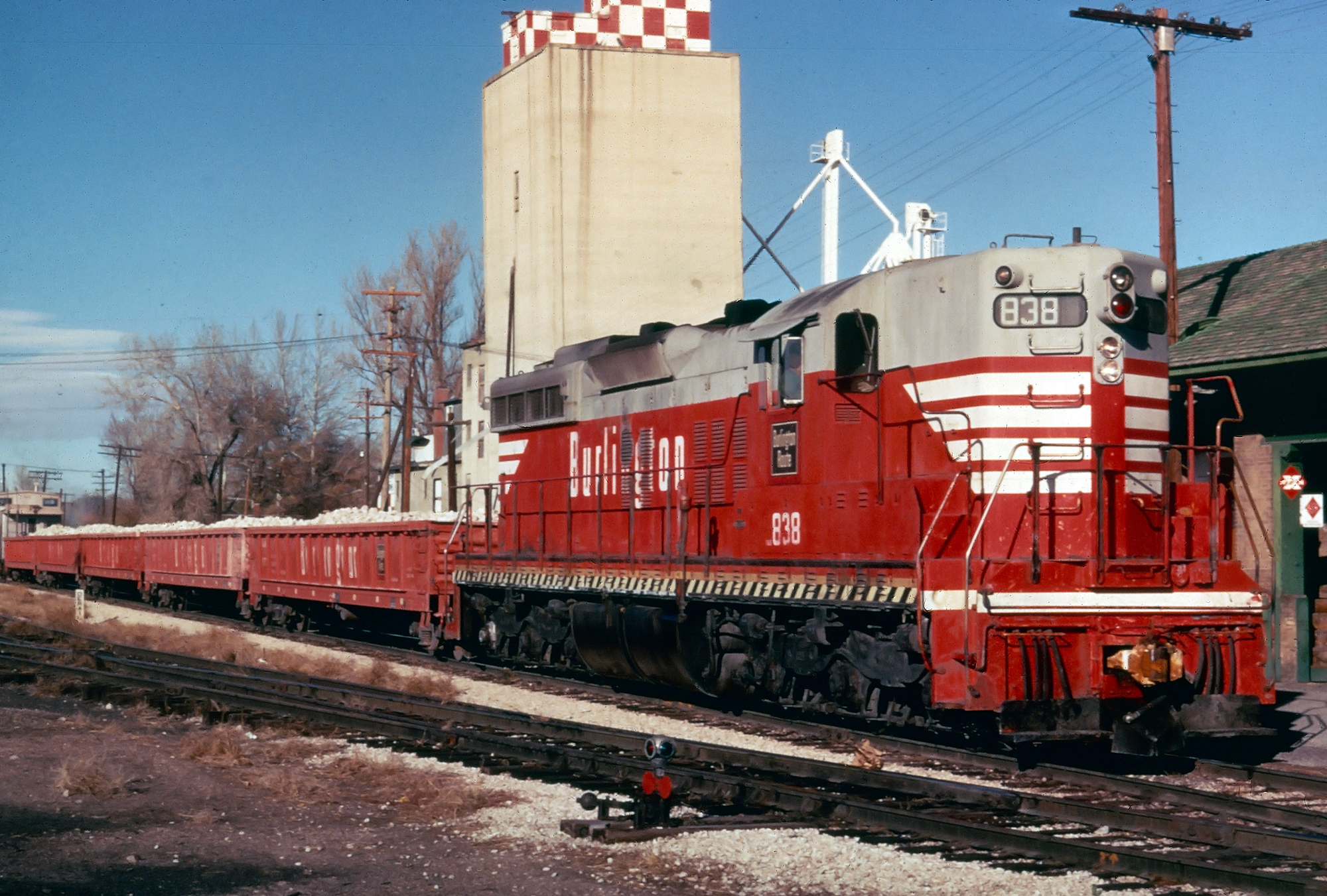 Colorado & Southern (Burlington) SD9 #838 passes the depot and Purina grain elevator in Loveland, Colorado with southbound loads of limestone for the Great Western Sugar factory during the 1960s. American-Rails.com collection. 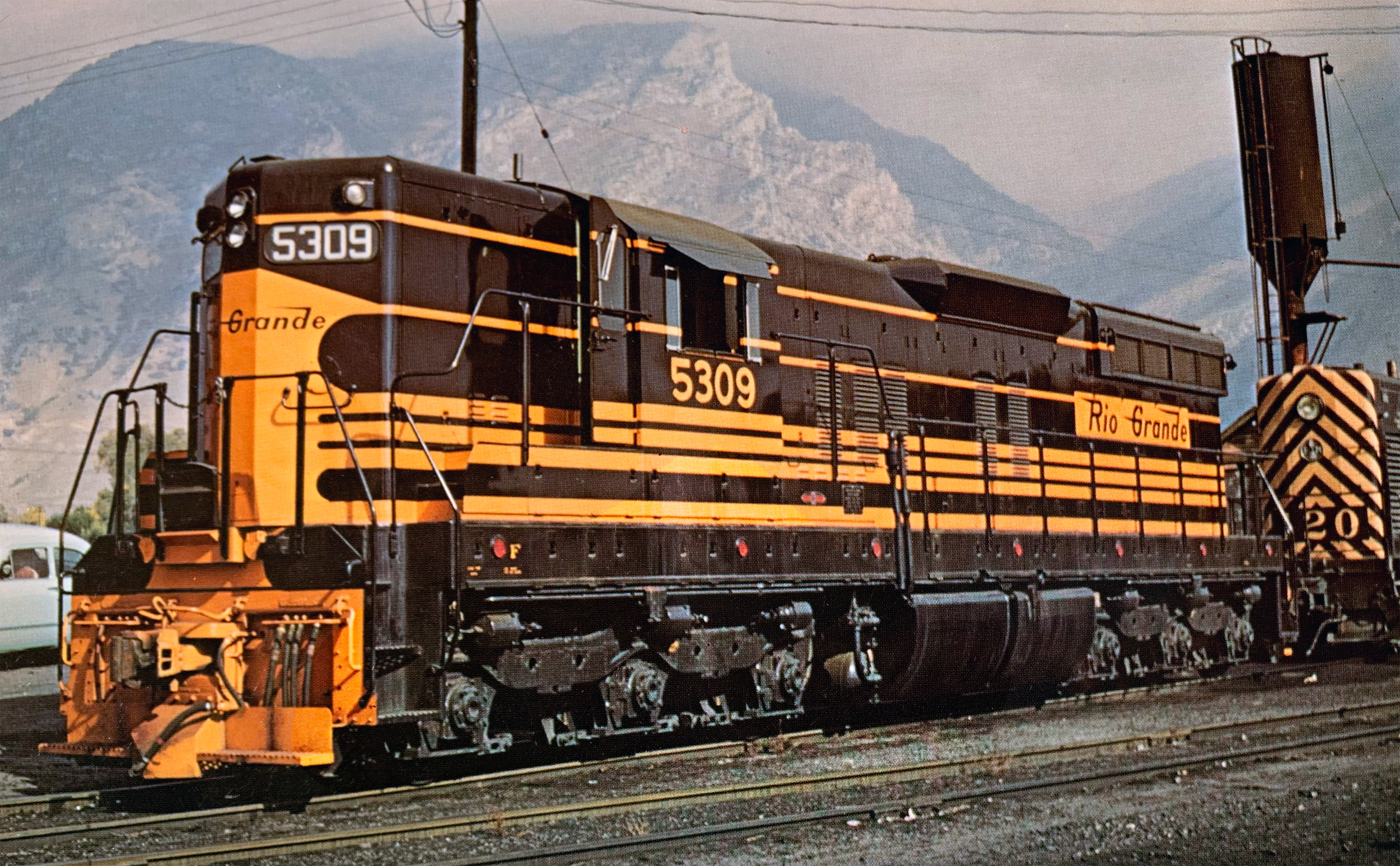 Rio Grande SD9 #5309 was only a few months old when photographed here by Jackson Thode between assignments at the engine terminal in Provo, Utah in 1957. Author's collection.